Samsung Galaxy S III - The New Star on the Block (Updated with Video!)

The New Star on the Block

The New Star on the Block 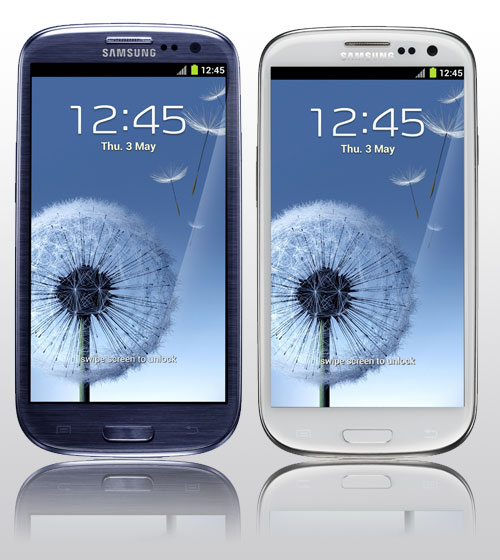 The moment of truth has finally arrived after months and months of rampant speculation - yes, the Samsung Galaxy S III, successor to the popular Galaxy S II, is now official. Part of a pack of regional media who are invited to have a first look of the device, we were naturally excited to see what the device has to offer. As our time with the Galaxy S III was extremely limited, please treat this article as a preview of sorts, while we get more information and footage during and after the official event. 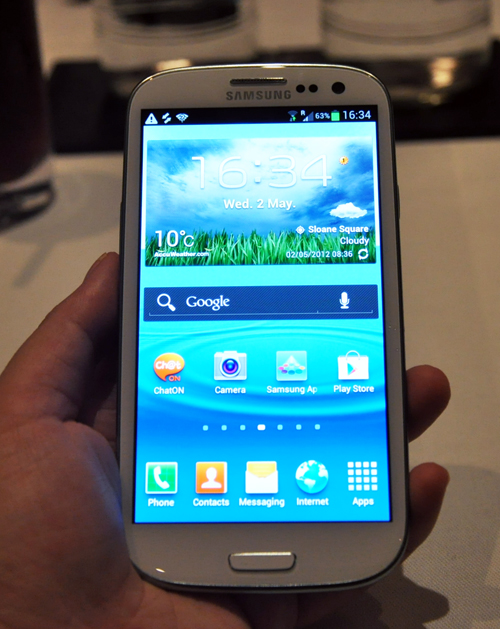 Most of the rumors about its hardware specifications are spot-on (see table below); as for its design, it's a hit and miss affair: Yes, the phone comes in two shades and only one home button; but no, it does not have a ceramic cover.

Without further ado, here's the 101 (or at least most of it) on the Samsung Galaxy S III. To start things off, here's a table comparing the specs across the three Galaxy S devices.

Below is another table comparing the device against other Android 4.0 smartphones out in the market right now: 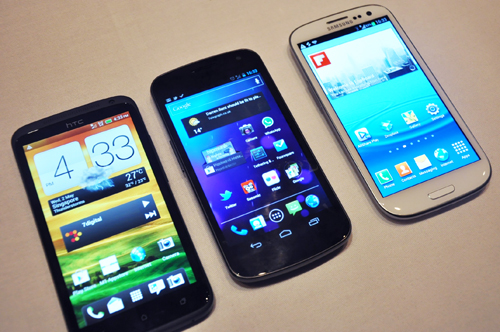 It is definitely no surprise here that the main competitor to the Samsung Galaxy S III is HTC's flagship One X. As you can glean from the table above, the Galaxy S III is very similar to the recent HTC One X in terms of key hardware and design specifications.

On paper, the Galaxy S III seems to have the upper hand with marginally better hardware specifications (bigger screen, larger battery capacity) and an ever-so-slightly thinner body. While alleged GPU benchmark results point to superior performance by the Galaxy S III, we can't tell for sure whether the Samsung Exynos 4 quad-core chip really outperforms the NVIDIA Tegra 3 until we've a unit to conduct proper testing. To add on, both screens look as crisp as each other's on first inspection (the same is observed of both cameras) that we can't say for certain if one is better than the other (again, until we have done more detailed testing). Nonetheless, Samsung should expect the HTC One X to pose a formidable threat to the Galaxy S III. Will HTC One X users regret not waiting for the Galaxy S III? We shall see. 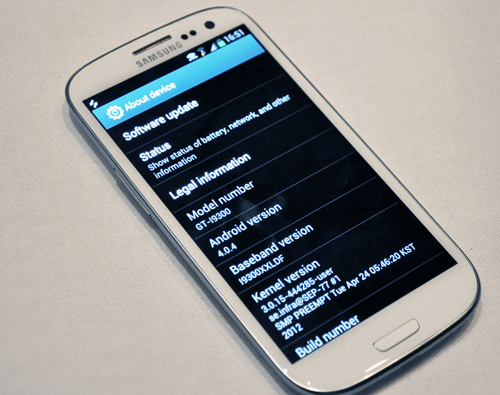 So what else differentiates the Samsung Galaxy S III from its competitors? We all know that evaluation of a smartphone shouldn't be based on its hardware specs alone; the direction of the company's implementation, the user experience, and the ecosystem are other important factors instrumental to shaping a good smartphone. And here's where we stop to say: Click on the next page to read on.