A Grand Showcase of Innovation 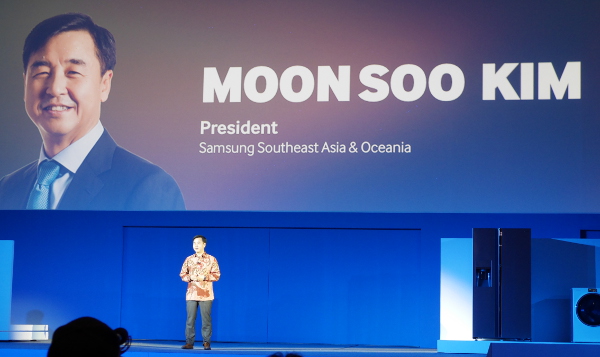 The start of every year is not only a fresh beginning for many of us, but also an opportunity for tech companies and manufacturers to showcase their upcoming products as well as provide insight on the direction the company is heading for the rest of the year.

Following CES 2014, the torchbearer for the next major tech showcase this time is one of Korea’s largest business conglomerates, Samsung. Last year's Samsung Forum was held in Jakarta, but this year Samsung decided to hold it at the neighboring Indonesian island, Bali. While it’s usual for Samsung to announce the upcoming products at CES every year, the Forum provides consumers (as well as Samsung’s business partners) access to latest information on the products as well as when the products are expected to hit the Southeast Asian markets.

The President of Samsung Southeast Asia and Oceania, Mr. Kim Moon Soo, got the ball rolling by addressing the audience with the welcome address. Following that each of the relevant department heads gave a short introduction on the direction the relevant products under their care were heading.

So without much ado, here are the highlights of the Forum.

It’s All About the Curve 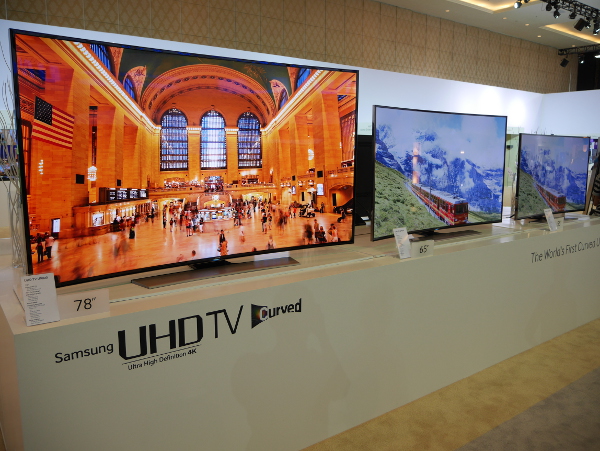 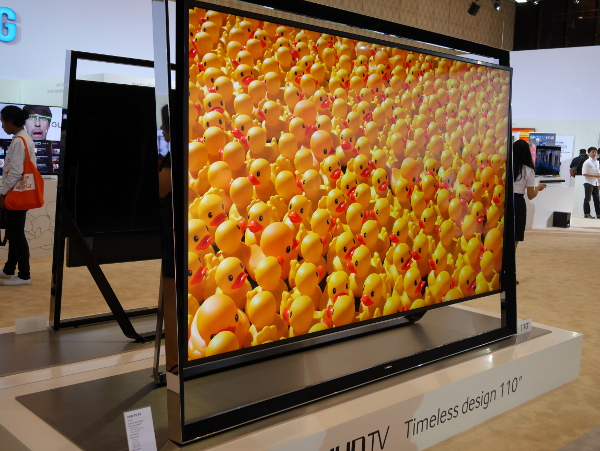 First up was the TV and AV segment, with Mr. Andrew Woon, the Director of TV and AV, Samsung Southeast Asia and Oceania, talking about how the size and resolution of TV sets have been increasing over the years. In response to this trend, Samsung has decided to come up with the curved display TV, as revealed at CES.

We got to see all three models of the U9000 series, including the massive 78-inch model. And let’s not forget the UHD resolution of all the three UHD TV series, the S9, U9000 and U8500, which provides four times the resolution of Full HD. Of course the TV sets will support the latest UHD standards such as HEVC, HDMI 2.0, MHL 3.0 and HDCP 2.2. And if you’re worried about the UHD content, fear not as Samsung plans to release a UHD Video Pack, which consists of one terabyte of pre-loaded UHD-quality content that includes movies from FOX and Paramount Pictures. 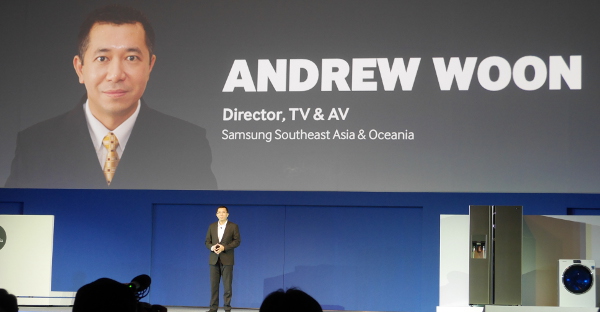 And just in time for the World Cup is the new Soccer Mode, which features optimized picture and sound quality as well as the ability to zoom into the frame, bringing viewers closer to the action. Mr Woon also revealed that Samsung is looking to hold promotions for their TV sets when the World Cup comes around, so you might want to consider putting off that TV purchase for a moment.

But it's not all about TVs though, as Mr Woon revealed some audio products to complement their TVs, such as the HW-600 SoundStand which can be connected wirelessly to the TV. And also on display was the massive MX-HS9000 GIGA Sound which consists of an array of large speakers to meet the growing demand for exceptional sound quality (as well as sporting a whooping 3400W of audio power). 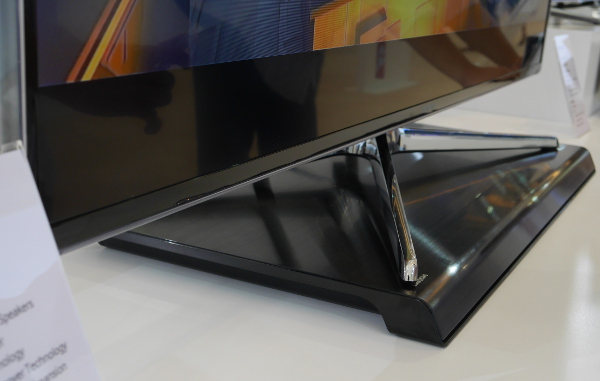 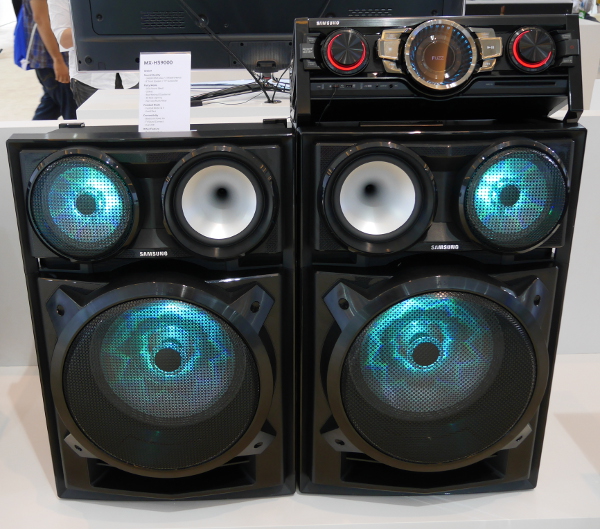 Updates from the Mobile and Imaging Department 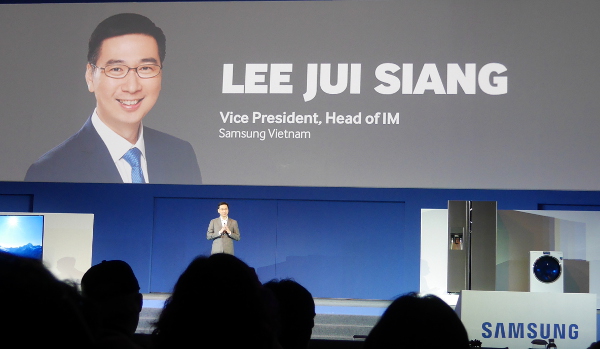 Mr. Lee Jui Siang, the Vice President as well as the head of IM, Samsung Vietnam, proceeded to talk about Samsung’s PRO tablets. Both the Galaxy NotePRO and TabPRO feature 12.2-inch WQXGA 16:10 display, as well as a resolution of 2560 x 1600 pixels.

Samsung representatives revealed that the Galaxy NotePRO isn’t only for media consumption, but is also aimed at users who require more productivity options and tools from a tablet. We were handed a sample unit and found that while it won’t be replacing a notebook (for users who require a lot of processing power to run Photoshop or edit videos), it was enough to handle some productivity tasks such as replying emails and even typing out Microsoft Word documents. In fact, we even used it to prepare some portions of this article! 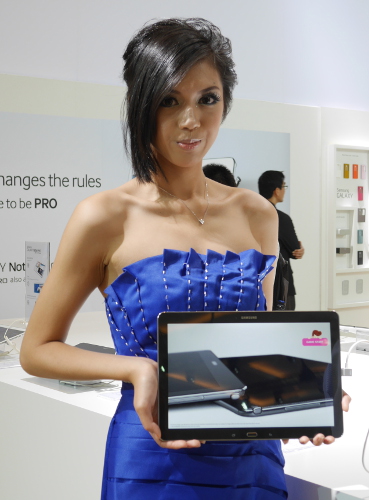 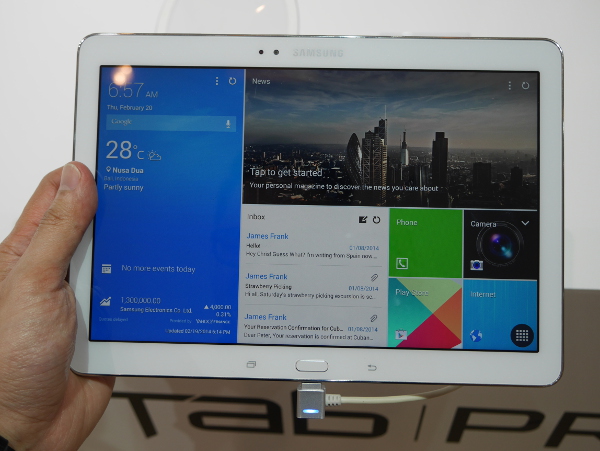 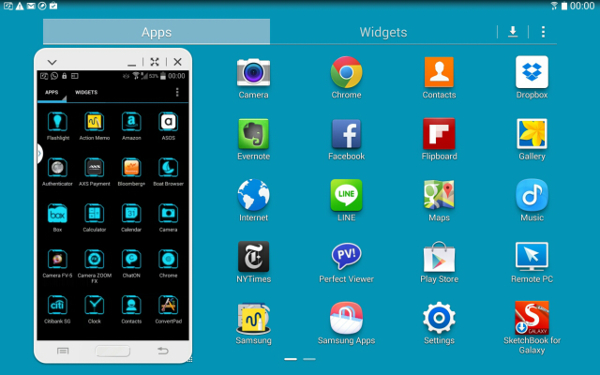 Both the NotePRO and TabPRO come with Hancom Office for Android, which replicates the user-interface and features of Microsoft Office, and allows you to work on Microsoft Word, Excel and PowerPoint files. The PRO series will appeal to users who want a companion device to complement their main workhorse machine, while still being light and portable.

Over on the imaging department, two cameras join Samsung’s stable, with the NX30 replacing the NX20 and the Galaxy Camera 2 taking the place of its predecessor. The NX30 is Samsung’s latest interchangeable lens camera, and has an electronic viewfinder that can be tilted upward or downward, offering more flexible angles to shoot from different perspectives. A 20.3-megapixel APS-C CMOS sensor, NFC and Wi-Fi capabilities round up the package boost its "smart camera" credentials. You can find out far more details from our hands-on experience in this dedicated Samsung NX30 article. 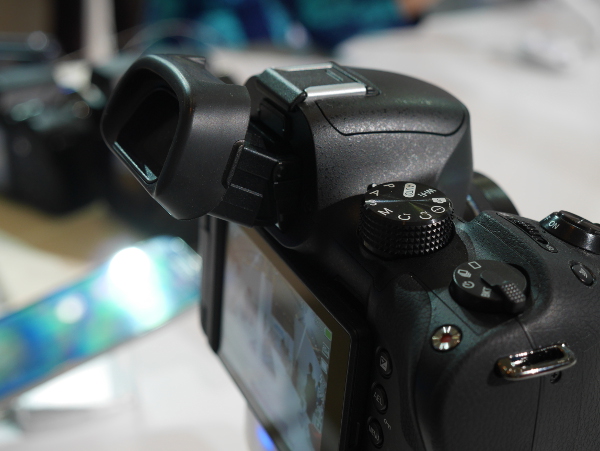 The Galaxy Camera 2 features enhanced battery life compared to its predecessor and is also faster. Our short time with it yielded two observations: it was definitely faster than the original Galaxy Camera, and it felt lighter too (the Galaxy Camera 2 weighs 17g lighter, but it which goes to show that just a 17g drop in weight was noticeable). Unfortunately, our time with the Galaxy Camera 2 was short and we'll have to reserve our judgement until we've had more hands-on time. So stay tuned to our review in the near future! 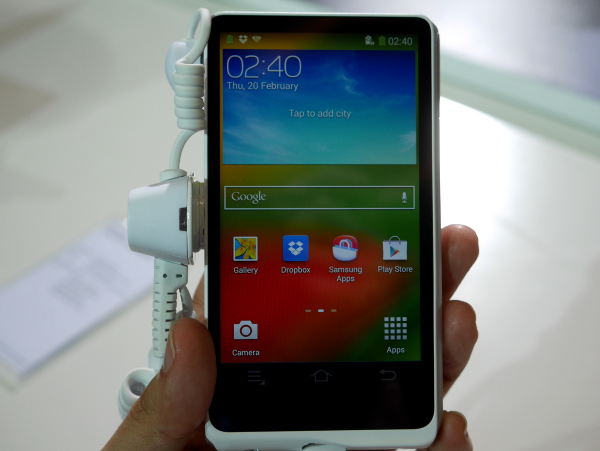 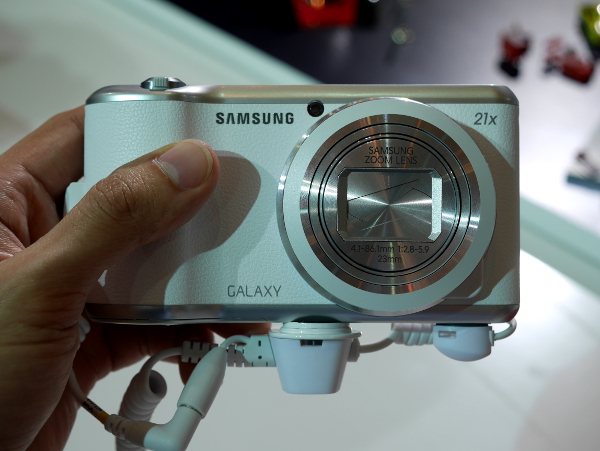 Don’t Forget the Home - A Quick Focus on Home Appliances 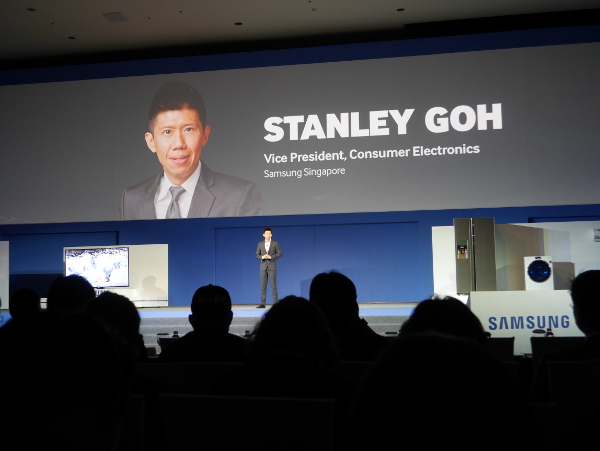 Next up was Mr Stanley Goh, the Vice President of Consumer Electronics, Samsung Singapore. While it’s easy to get sucked into all the glitz and glamor of popular categories such as mobile phones, Samsung isn’t neglecting home appliances, with a few interesting announcements at the Forum.

The New Food ShowCase refrigerator features a unique internal layout, with two doors on the right side of the refrigerator. One door opens up the ShowCase door, which provides easy access to food and condiments, while opening the main door reveals the usual drawer layout of a normal refrigerator. This makes arranging the food in your refrigerator easier and also provides a neater look to boot. 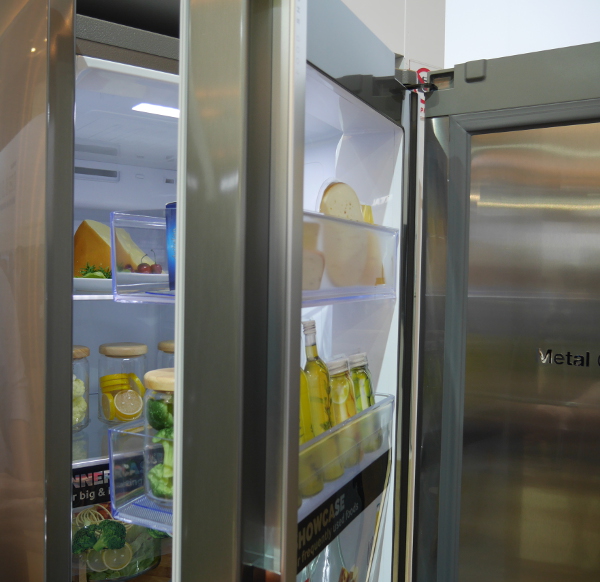 There’s also Samsung’s new washing machine, the WW9000, which features a touch-screen panel and various pre-set modes for washing, similar to how the scene modes on a camera automatically adjusts the camera settings to suit the situation. And you can even control the washing machine with an Android or iOS app. 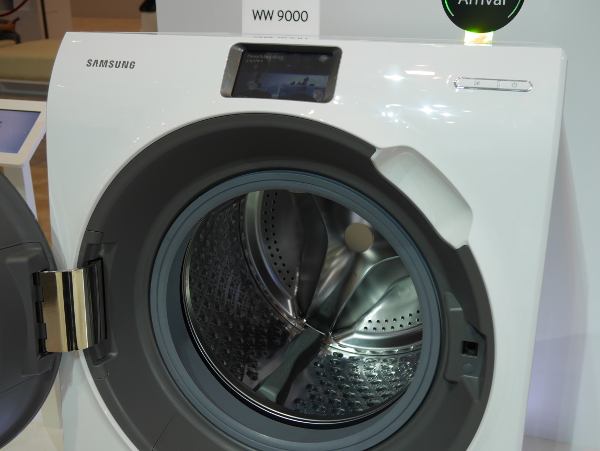 In addition to the products that were mentioned, Samsung also displayed during the event its updated ATIV line of notebooks and AiO PCs, UHD and Full HD LED monitors, Xpress series laser printers, healthcare solutions, and lighting solutions. For more information regarding these product lines, read the following posts.