Sawadeeka, dear readers. Samsung's SEA (South East Asia) and Oceania Forum has evolved into a yearly occurrence in recent years. And like eager kids waiting to unwrap their presents, we at HardwareZone have been waiting with bated breath to see what the South Korean CE giant would unveil this time. The event was held at the Bangkok Convention Centre and we were here to see what Samsung has in store for you and I in the coming months ahead.

Some of you might also recall that the Forum in 2011 was held at the Marina Bay Sands on home ground about twelve months back. If you are new to this, Samsung's Forum is fundamentally a launch pad for their latest line of consumer electronics which includes high-definition televisions, audio and visual equipment, mobile devices, digital imaging, and home appliances (we won't be covering the latter category, of course). Apart from inviting journalists from tech-related industries, the media event is also open to Samsung's trade partners and distributors from across the region. We'll be bringing you highlights of keynote announcements and the products themselves - fresh from Samsung's oven. The company also revealed that their new line of products are governed and inspired by three key pillars: Smart Interaction, Smart Content, and Smart Evolution. To give you a little primer, you can expect a glimpse of Samsung's flagship ES-series HDTVs, the Galaxy Beam (a projector smartphone), the updated Galaxy Tab 2 tablets, and a whole lot more. It's time to dig in! 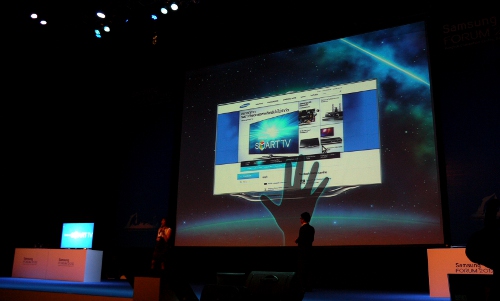 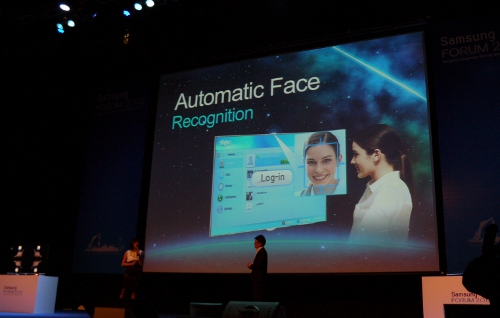 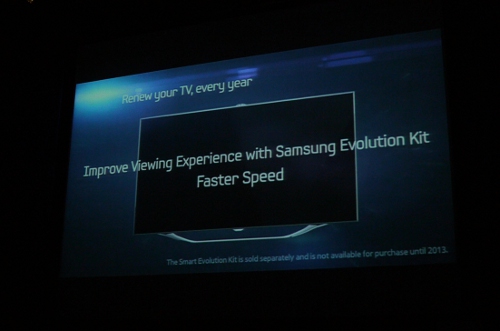 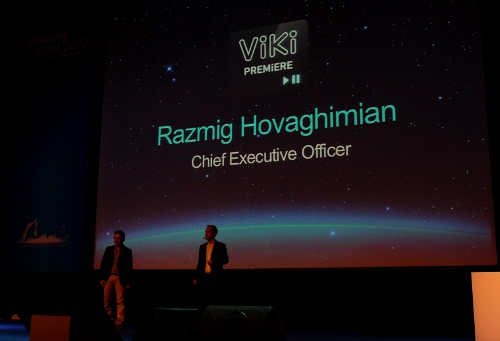 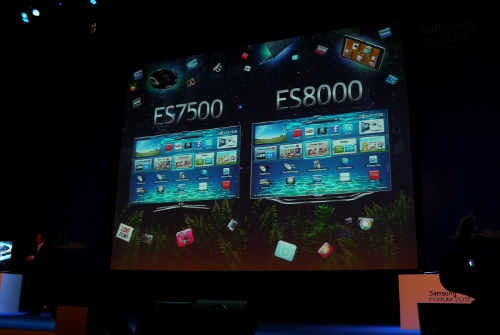 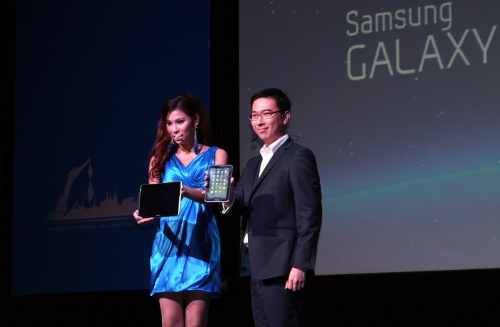