If you're hoping to see something new from Samsung, well here it is - the new Audio Dock DA-E750 equipped with a hybrid vacuum tube amplifier. This dock also marks Samsung's maiden foray into the audio dock market. This pretty babe comes in a mahogany finish (one of our favourite speaker materials). As for its drivers, the Audio Dock sports a 2.1-channel fibre glass speakers and a built-in subwoofer with a power rating of 100 watts. What's really special about the DA-E750, however, is its dual-docking system which makes it OS-agnostic. In other words, this dock is perfectly comfortable with Samsung Galaxy devices (Android-based) and Apple devices as well. Other perks of this audio dock include support for wireless audio streams via Samsung's AllShare, Bluetooth, and Airplay for Apple devices. And let's not forget it also features a USB slot, if you prefer to plug in your trusty thumb-drive instead of a phone or portable media player. Further inspection shows that it carries an auxiliary input as well. Samsung has an alternative model, the DA-E650 (without the tube amp), which sports similar specifications as the DA-E750 such as its dual-docking abilities. However, the E650 is furnished in a horn-shaped form factor rather than a boxy profile like the E750. 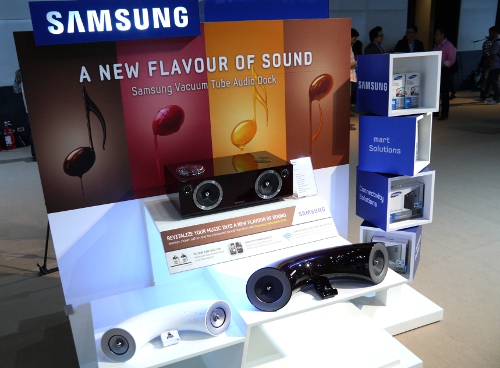 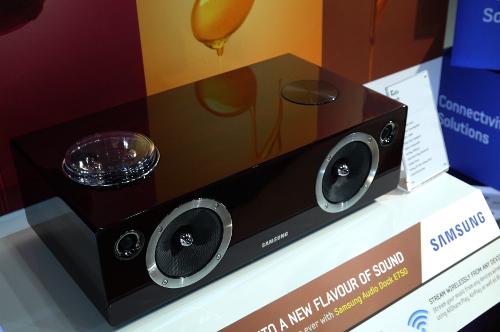 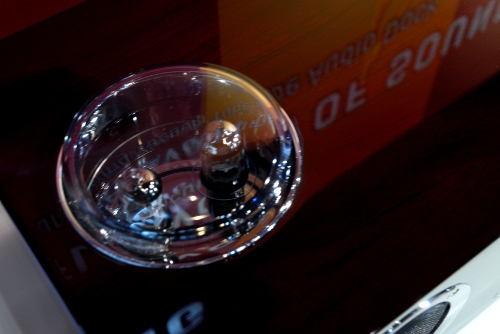 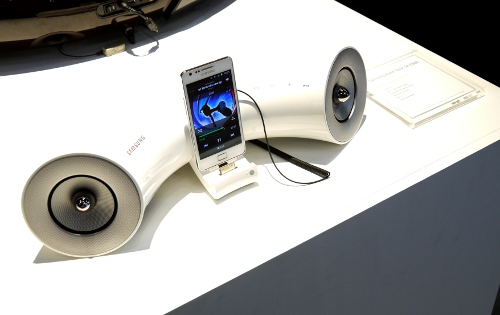 Samsung's audio docks aren't the only ones fitted with their proprietary vacuum tube amplifiers. You can say that the HT-E6750W is a bigger and meaner iteration of the DA-E750. The stylish 7.1-channel systems features four tower speakers as well as Samsung's Swivel drivers, plus a 3D Blu-ray drive of course. Basically, the Swivel speakers enable the listener to angle the drivers upward (towards the ceiling) or downward, depending on one's preference really. Digital sound processing comes in the form of Samsung's Crystal Amp Plus which supposedly amplifies and refines the audio output as well. Rear drivers come in the form of wireless tallboys. To top it all off, the integrated vacuum tubes are illuminated when in use, and they are also visible via the top and side of the home entertainment system. Connectivity includes Wi-Fi, Bluetooth, AllShare Play, and Samsung's Smart Hub platform. The HT-E6750W will be available end March with a launch price of $1,499. 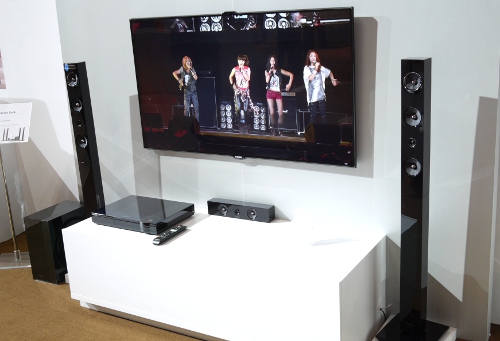 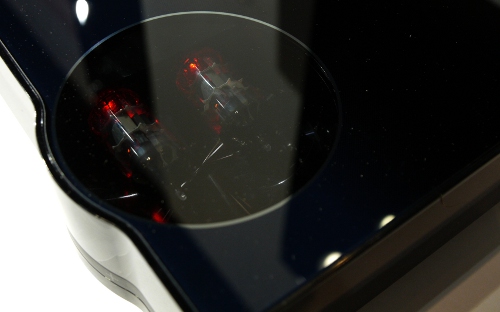