Beam Me Up, Scotty!

When one talks about convergent devices, the combination of a smartphone and a projector hardly comes to mind. Well, not if Samsung can help it. We were presented with an 12.5mm thick smartphone today, marinated with Android 2.3 (Gingerbread) and equipped with a 15 lumens projector at the top of its hood. Essentially, the Galaxy Beam enables you to project your most desirable (or undesirable) photos and videos onto walls or flat surfaces to create your 'mini home theatre', as Samsung puts it. Besides its projector duties, the Galaxy Beam is also fitted with a 4.0-inch screen, a 1GHz dual-core processor, and an autofocus 5-megapixel camera. This beamer is powered by a 2000mAh battery, and features a storage quotient of 8GB. You can top up that figure with its built-in microSD slot which supports up to 32GB. Although its price is yet unknown, the Galaxy Beam will be beamed to our tiny island in the second quarter according to Samsung. Apart from its camera and battery, its hardware does pale in comparison to the Galaxy Nexus which owns a 4.65-inch screen and slightly faster 1.2GHz Cortex-A9 processor. Let's pause for some photos and specifications of the Beam before we check out the Galaxy Tab 2. 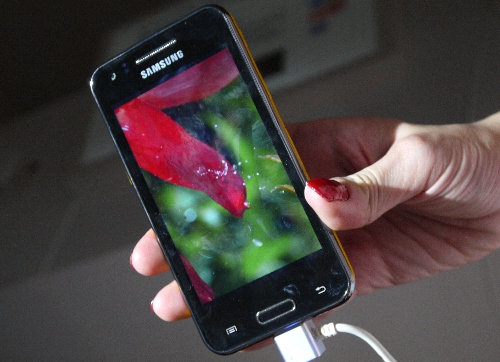 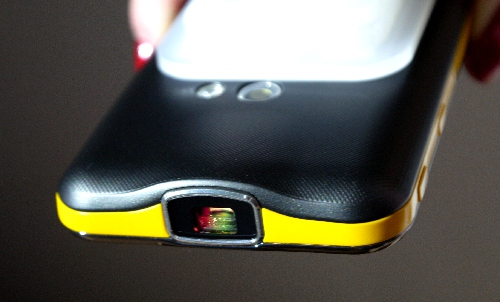 If you've been following our articles, then you must have caught a glimpse of the Galaxy Tab 2 (10.1-inch) during our MWC 2012 coverage. Apart from what's already mentioned, Samsung also presented the 7-inch version of the Galaxy Tab 2 in the flesh today. The Galaxy Tab 2 (7.0) tablet is being marketed as a light and portable device - an ideal personal computing companion when one is on the go. The larger and heavier Galaxy Tab 2 (10.1), on the other hand, is more suited for home and family use. And it looks like the new Galaxy tablets are giving Apple a run for their money too, given their Evolved HSPA (HSPA+) 21Mbps support. Both models also sport Android 4.0 fillings, as well as an upgraded Google Market (now known as Google Play Store) with more than 400,000 applications to be savoured. As mentioned earlier when we were discussing Samsung's new breed of TVs, both Tab 2 models will also feature Samsung's AllShare Play, which makes it possible to stream multimedia content from desktop computers or other Samsung smart devices to the tablet. The Galaxy Tab 2 will hit Singapore in the second quarter with 16GB of storage space for both sizes. We'll keep you posted once we've obtained the prices from Samsung. 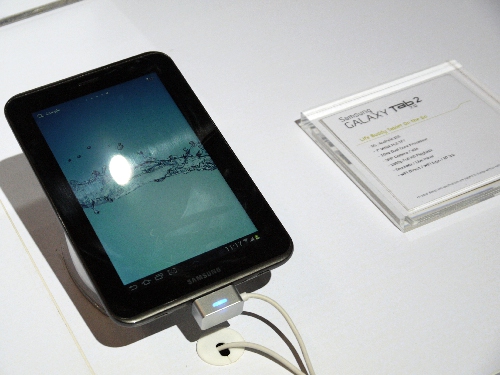 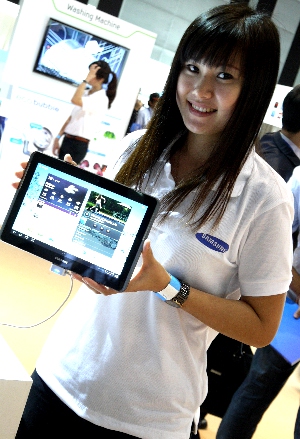