Of Cameras, Lenses and Camcorders

It is good to know Samsung did not neglect their digital imaging department during the launch. Some of the highlighted items include new lenses for the NX series, a mirror-less NX11 camera brandishing the APS-C CMOS sensor, and other compacts such as the dual screen ST700 and WiFi-enabled SH100. The new NX lenses will cover the angles needed to satiate the shutterbug, from 60mm macro lenses to 85mm portrait lenses. 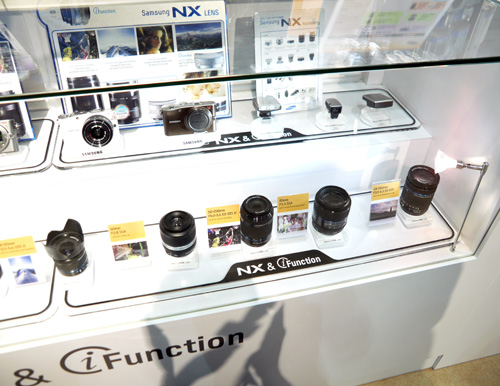 In a nutshell, the NX11, which replaces the NX10, will feature a stock 18-55mm lens with the new i-Function feature. The i-Function button is situated on the lens barrel, which enables shutterbugs to tweak camera settings such as shutter speed and aperture without having to remove their hand from the lens' frame. Samsung also introduced two new i-Function lenses for the NX11, which consists of a 20mm pancake and 20-50mm zoom lens. Apart from cameras and lenses, another interesting addition to Samsung's digital imaging line-up is the ambidextrous HMX-Q10 camcorder with a Switch-Grip function. Basically it enables you to handle the Full-HD camcorder either in your left or right hand, thanks to its 2.7-inch touchscreen LCD with versatile orientation features. 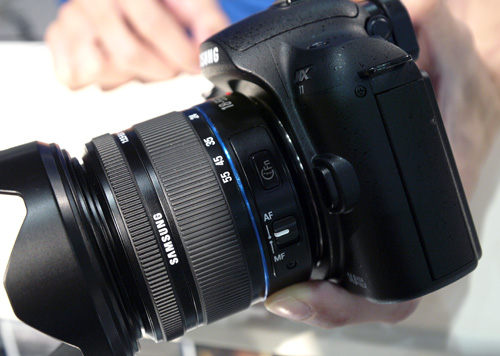 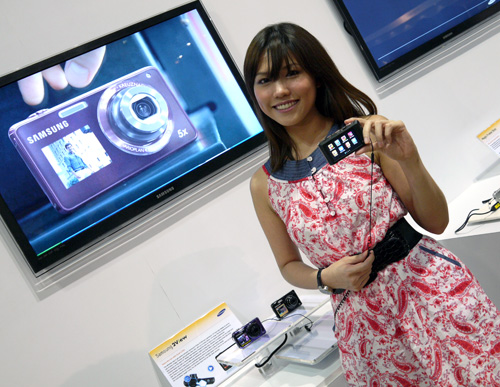 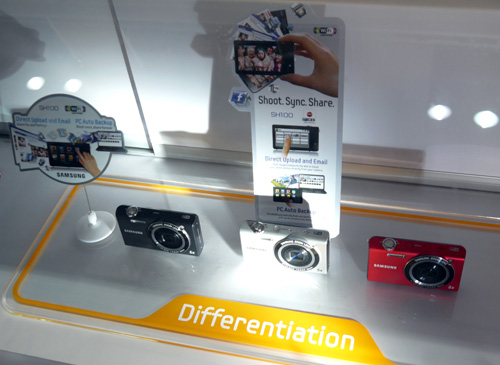 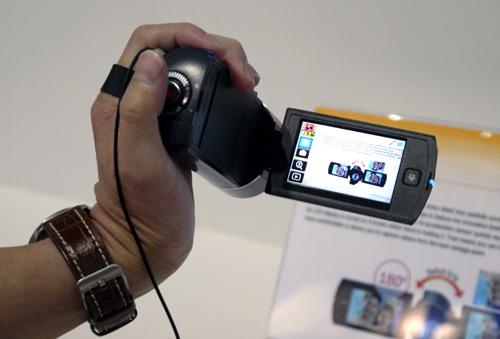