For Your Computing Needs

When it came to Notebooks, none of the newly announced notebooks matched up to Samsung's ultra-slim Series 9. Combining state of the art technology with mobility and design, the Series 9 is a formidable mix of form and function with an Intel Core 1.4GHz i5-2537M processor. In addition, seeing that the event was aimed primarily at showcasing products released in South East Asian countries and Taiwan, it is fitting that the Series 9 Notebook is available with a choice of English and Chinese Language OS. 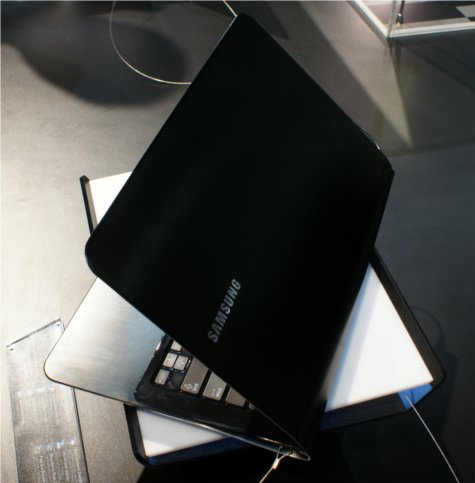 Boasting a 13.3-inch Superbright Plus screen with 400nits brightness, the sexy Series 9 notebook weighs in at 1.31 kg. The low weight is achieved courtesy of a new material, Duralumin, used in the construction of the body. Used predominantly in advanced aircraft design, the material was cool to the touch and looked extremely contemporary and chic in line with its zeitgeist's brushed metal looks. Indeed, the new material instantly sets the Series 9 apart from all the Samsung Notebooks that came before it. 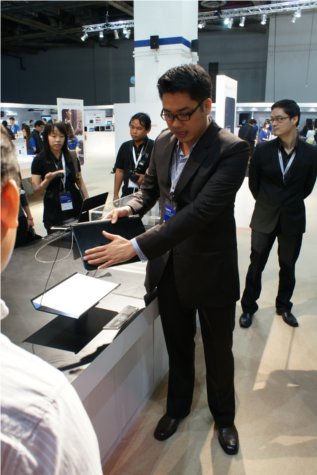 A solid state drive and the Fast Start feature is also new, which gives the Series 9 a 12 second start-up and a 3 second wake-up period and this makes the notebook even more attractive. Honorable mention also goes to the RV series, designed to be sturdy and capable of withstanding knocks that come with rough handling. Especially designed for B2B purposes is the RV series, which will be available in a 14-inch version equipped with an Intel Core i3 processor. 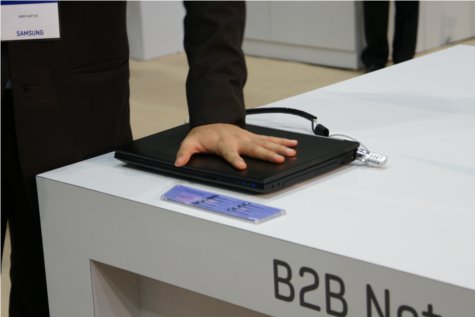 To make sure desktop owners do not feel left out, Samsung released a whole host of monitors featuring brand new technology. The new SA950 looked extremely impressive with its unique, modern, off-center design. This 3D-capable LED Monitor is able to provide full HD and has a response time of 2 ms which means it can be used for viewing HD content or playing games.With a built-in 2D to 3D converter, you can be sure to maximize your active-shutter glasses. The S950 will be available in either 23-inch or 27-inch configurations. In addition, the Eco Light Sensor also automatically adjusts the brightness of the screen based on ambient lights. The Eco Motion Sensor turns the display off when a user leaves the vicinity of the screen. 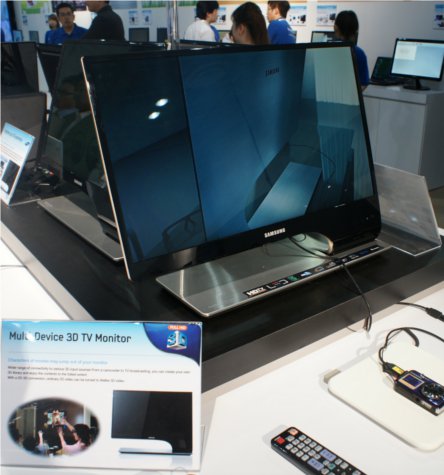 Desktop owners are highly familiar with the hassle of docking and undocking gadgets. With the Central Station Series 7 and Series 5, Samsung has almost eradicated this problem completely. This monitor serves as a hub that all your other devices can connect to using just a single USB port. With multiple USB 3.0 ports present on the monitors, you can plug chargeable devices straight to the CA750 or CA550 at the same time as well. Keeping in line with Samsung's commitment to the environment, these monitors also have an Eco Saving mode, allowing the user to choose the energy consumption levels from three options letting them save 25 percent to 50 percent power. Seeing that they also have Full HD capabilities and LED backlight, good picture quality can be expected from both the 23-inch and the 27-inch versions. 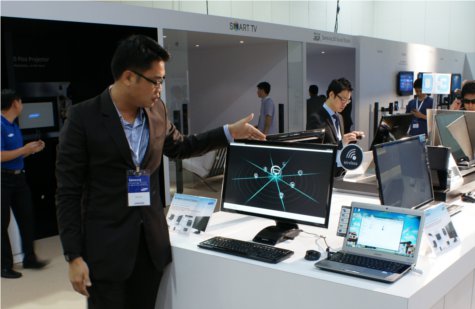 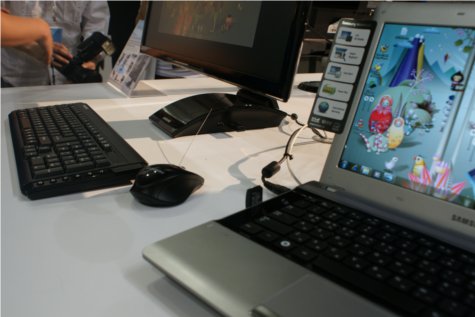