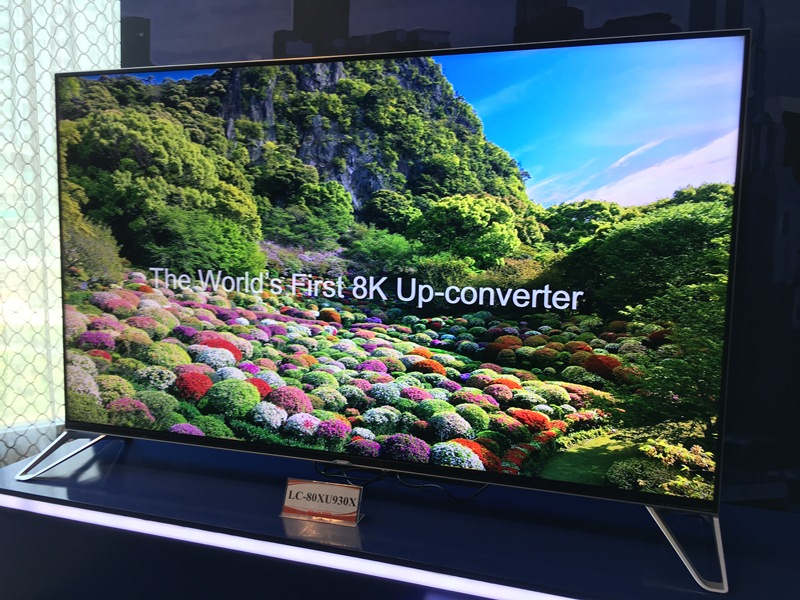 From the entertainment room to the kitchen

Sharp Philippines recently staged the grand unveiling of its product lineup for 2017. Comprising of vast 4K televisions with 8K resolution, refrigerators, air conditioning units, and air purifiers, Sharp demonstrates that it has a complete array of appliances will keep Filipino families entertained and healthy.

Delivering his opening remarks to welcome dealers from different parts of the archipelago, the newly appointed Sharp Philippines President and General Manager Kazuo Kito pointed out that in light of the country's growing economy, Filipino consumers' demand has changed. For example, in the TV segment, the previous standard was around 20- to 30-inches. Now, consumers are looking for at least 40-inch TVs. 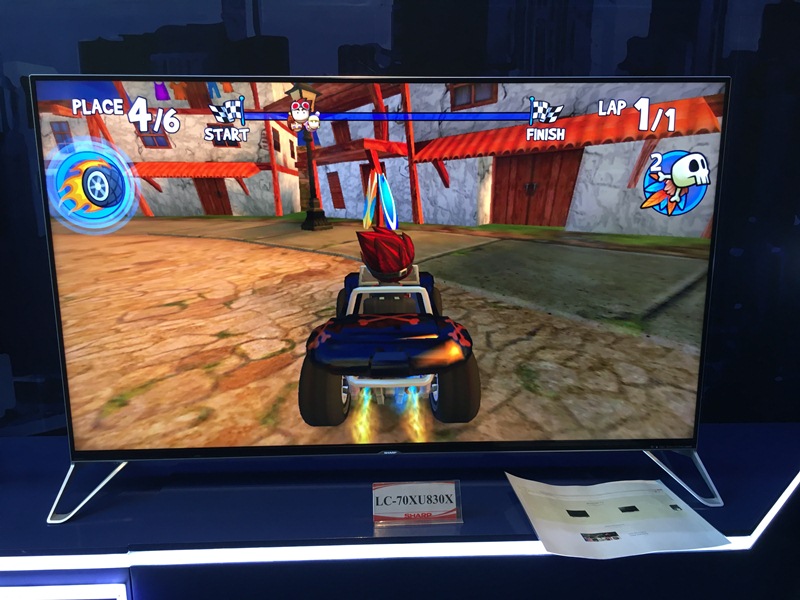 Starting off with the alpha male of Sharp's current lineup of televisions, the AQUOS Super Premium XU Series type LC-80XU930X is an 80-inch 4K Android television with 8K resolution - a first in the world. Sharp’s AQUOS Super Premium XU Series also includes the 70-inch sibling of the LC-80XU930X, the LC-70XU830X which features Sharp's proprietary technologies such as X8 Master Engine Pro and Quattron Pro, both are developed to deliver remarkable image reproduction to viewers. 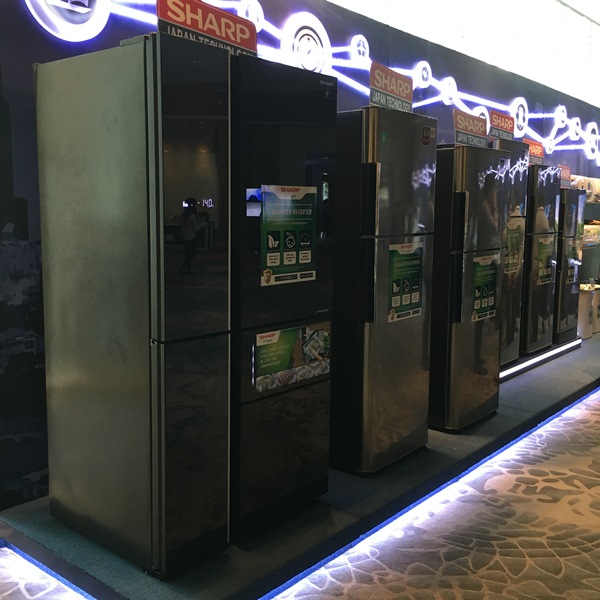 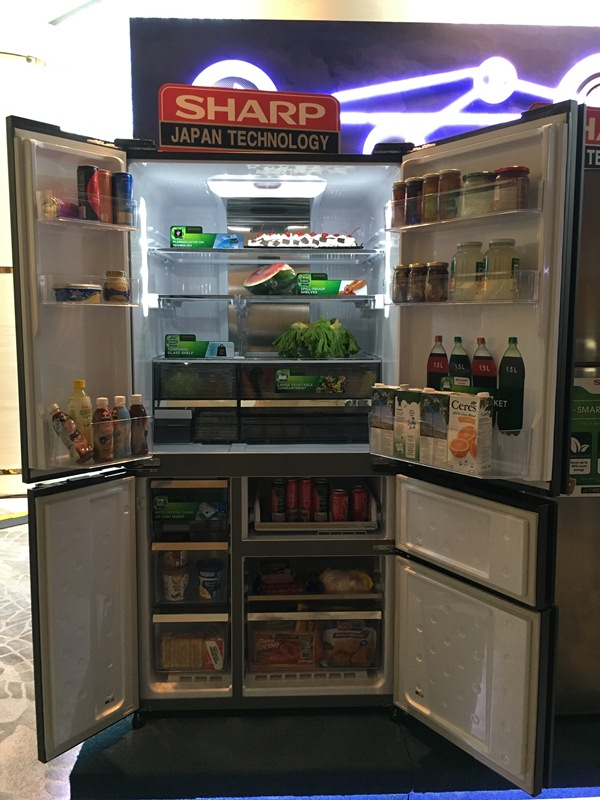 Moving from the entertainment room to the kitchen, leading Sharp's pack of refrigerators is the 800-liter SJ-FTF23AVP-BK. Classy on the outside, it features a glass door finish with touchscreen panel. On the inside, the SJ-FTF23AVP-BK carries several compartments to keep your food fresh with the help of Sharp's ActiFresh Hybrid Cooling and Plasmacluster Ion technologies. Apart from having cool and capacious food compartments, the refrigerator also features J Tech Inverter Technology. This technology is also featured on the company’s latest roster of air conditioners, helping in cutting down energy consumption by up to 65 percent. 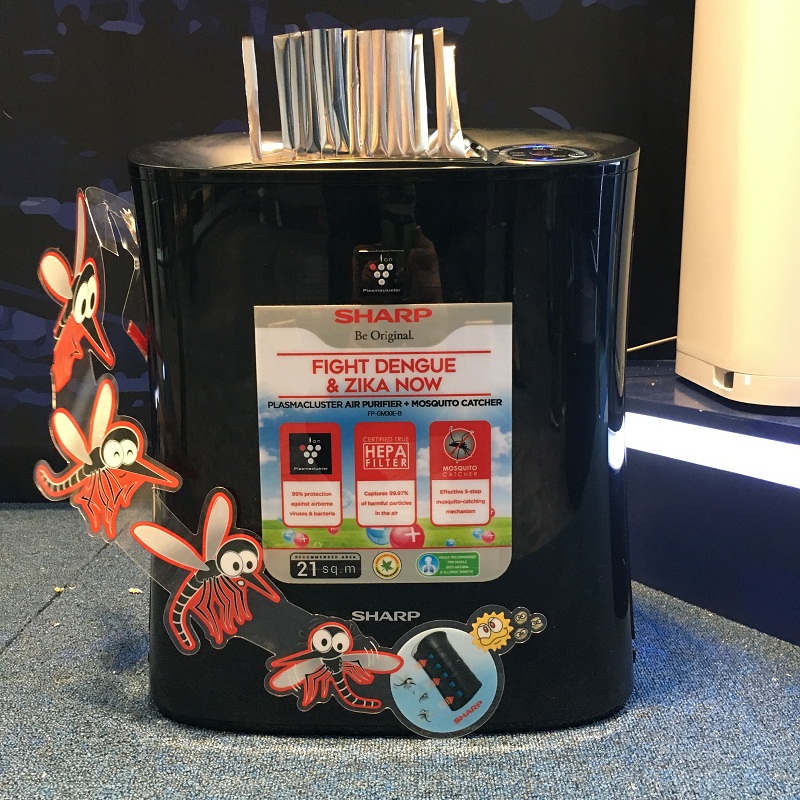 Apart from cooling the air, Sharp also comes to the rescue in keeping the air clean with its FP-GM30E-B air purifier which features Plasmacluster Ion technology, particle filter, and mosquito catcher that helps in reducing the risk of getting and spreading of dengue and Zika viruses. 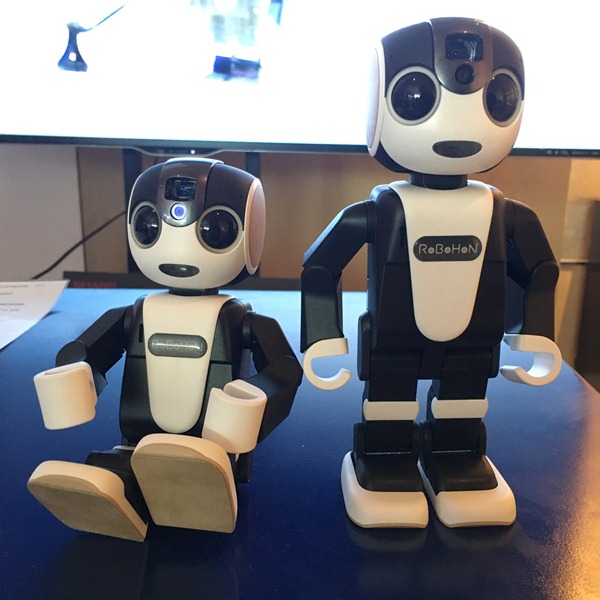 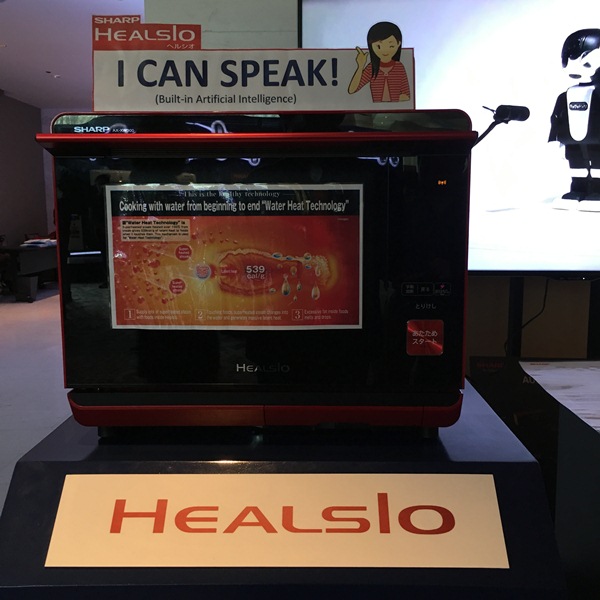 Sharp Philippines also took the opportunity to preview some of its products that are geared toward the creation of smart homes with the help of the Internet and artificial intelligence (AI). Sharp’s RoBoHon smartphone comes with a 2-inch screen on the back and runs on Android OS. It can make calls, check emails, talk, dance, and take pictures. Launched last year, it costs around USD 1,800 (PhP 90,000). On another hand, Sharp’s Healsio AX-XW300 is an oven that cooks food with the help of Water Heat Technology. AI-driven and with the ability to recognize voice commands, it can give cooking directions and provide food recommendations to users. Both the RoBoHon and the Healsio AX-XW300 are available in Japan, but not yet in the Philippines.