Team Group at Computex 2017: A walk down the memory lane

Team Group at Computex 2017: A walk down the memory lane 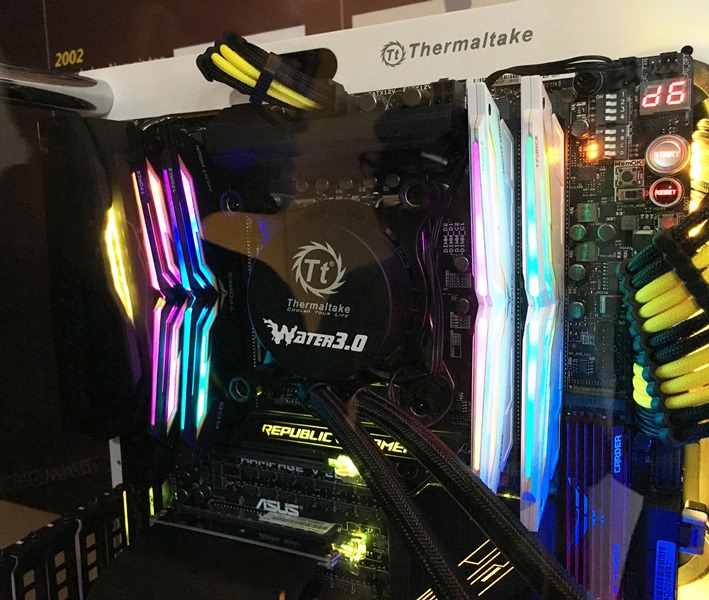 New products from a winning team

Team Group's participation in Computex is extra special this year as it coincides with the company's 20th anniversary. Riding on the theme "Go beyond the limit and reach for the top," Team Group toured its Computex guests to a showcase of different memory-based products, ranging from memory modules to microSD cards, some of which were honored during the Computex d&i Awards ceremony. 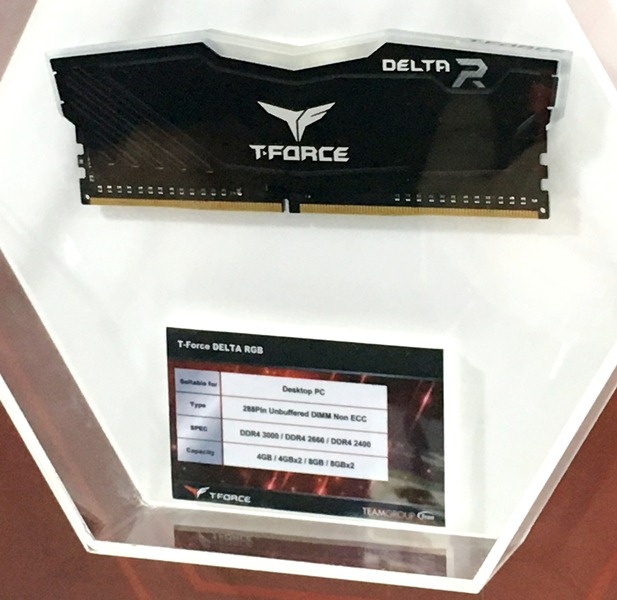 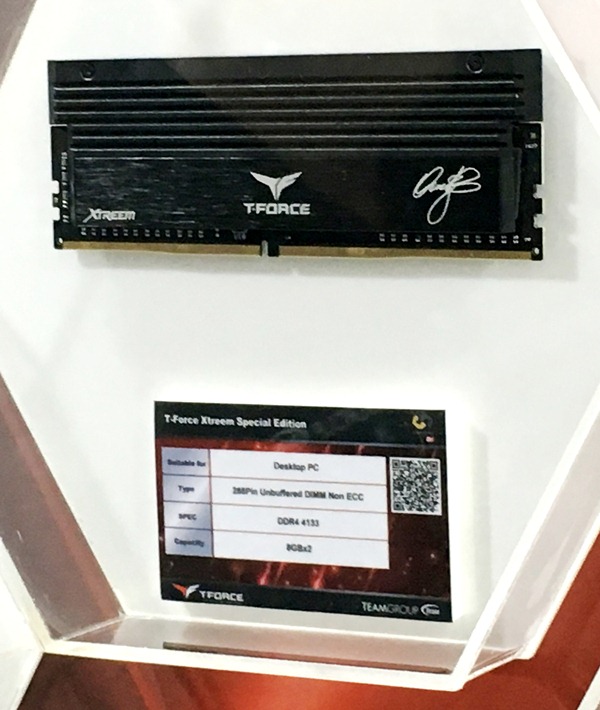 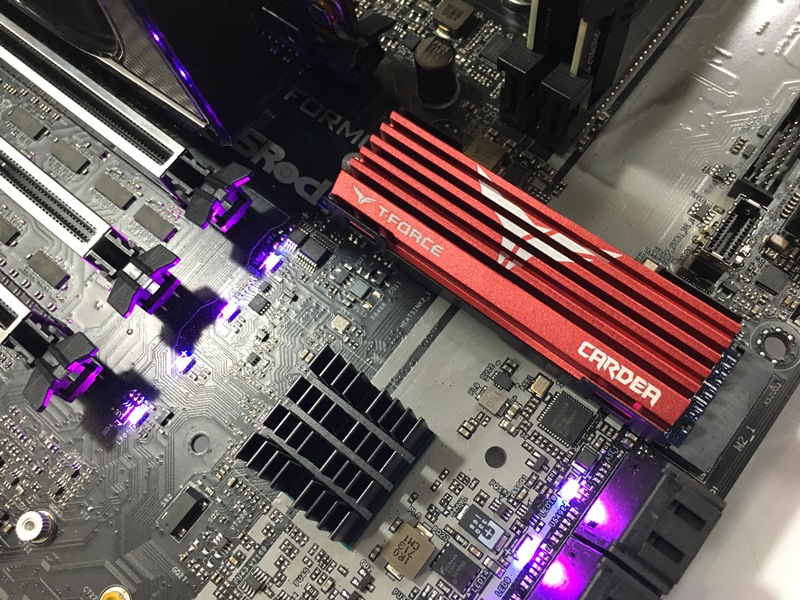 Another part of Team Group's T-FORCe series is the Cardea, a gaming-oriented M.2 PCIe solid state drive (SSD) equipped with a heat spreader and offers a sequential performance ranging from 1400MBps to 2600MBps and a random access rating of up to 180,000/140,000 read/write IOPS. For users who are just starting to switch to the M.2 PCIe standard, Team Group has its latest P30 model which promises to boost OS responsiveness and app loading time. 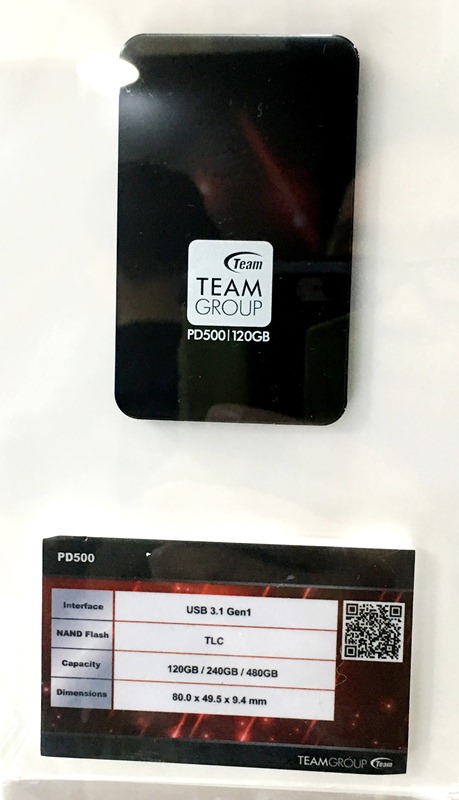 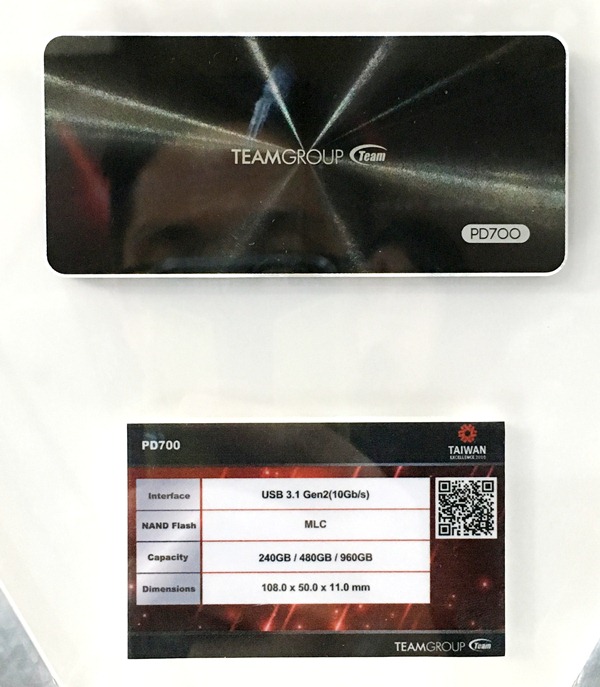 Team Group extends its expertise in SSD manufacturing to external storage segment. The successor to the PD700, the new PD500 is clad in a shock-proof durable chassis and is equipped with USB 3.1 Gen 1 connectivity.

Flash-based memory card solutions were also abundant at Team Group's showroom. Among the fastest comes from the brand's GO CARD series which complies with the UHS-I Speed Class 3 (U3) and the SD 5.0 standards, offering up to 90/60MBps read/write speeds. The GO CARD series is recommended for action cameras. 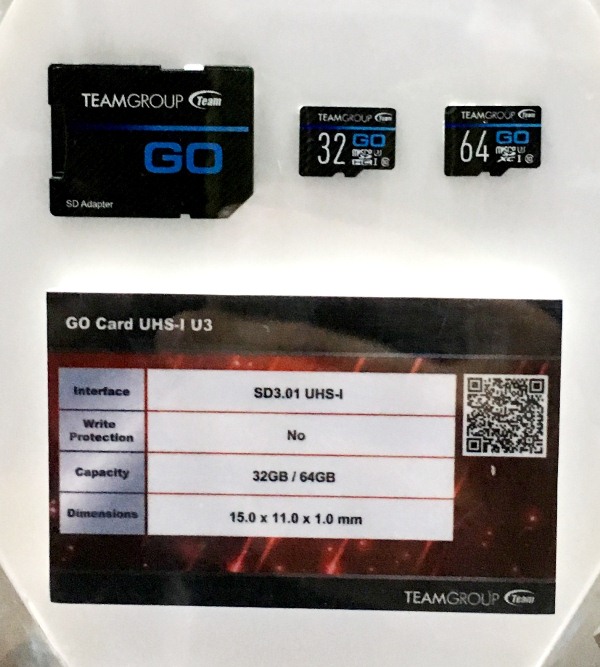 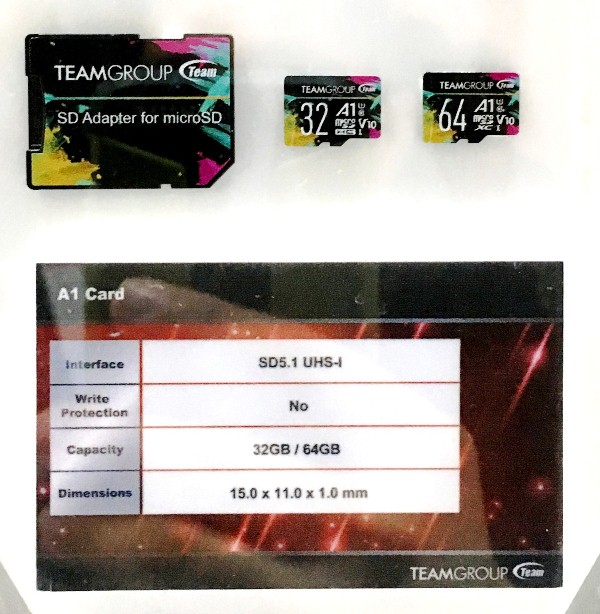 Arriving in color schemes of Blueberry Blue, Lime Green, and Peach Pink (to name a few), Team Group's COLOR CARD II series flaunts diamond pattern design and 3D visual impression. The cards from this series are ideal for 4K UHD and Full HD video recording. In addition, Team Group introduced this year the A1 CARD, the company's first memory card specially designed for smartphones. Compliant with the SD 5.1 standard, the A1 CARD offers up to 1500 IOPS of rear and write speeds. 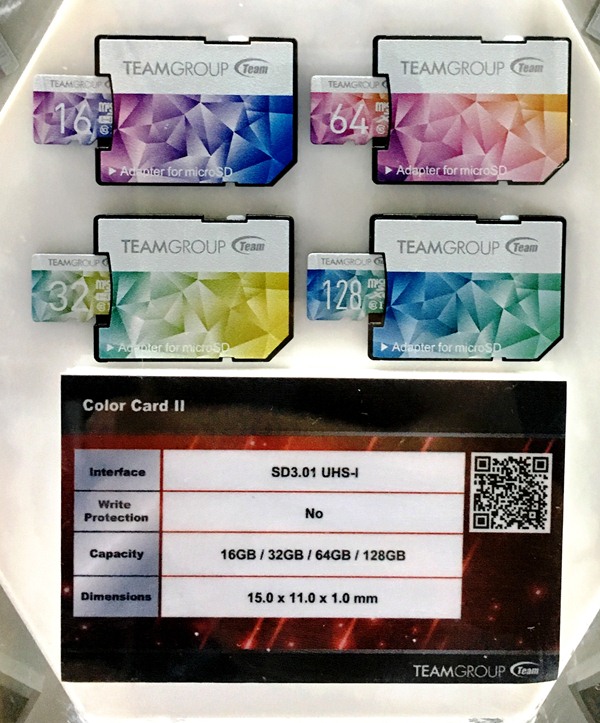 Leading Team Group's roster of USB flash drives is the award-winning T171 Titan which bagged a Computex d&i Award this year. This limited edition USB flash drive arrives in a metal unibody design and was manufactured by means of high-precision CNC lathe machining. 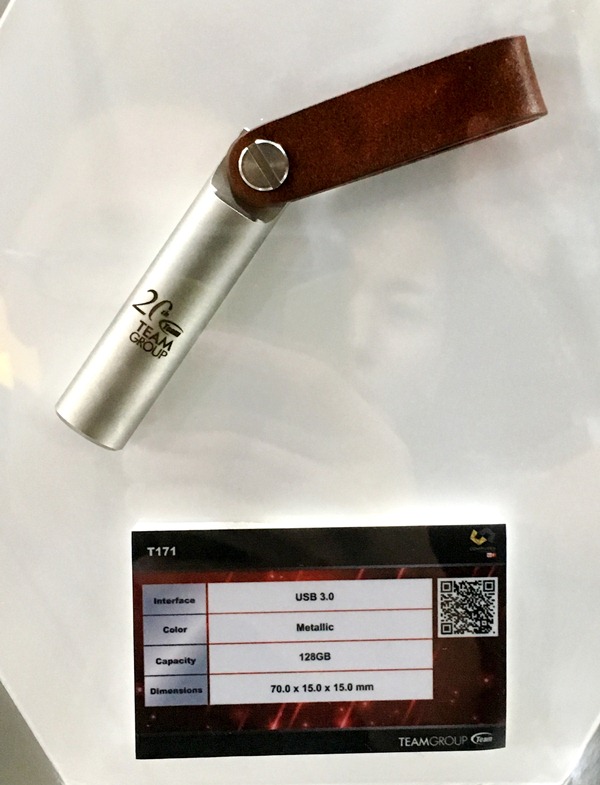 At Computex 2017, Team Group also released a series of Apple MFi-certified charging cables, comprising of models namely the WC06, WC07, and the WC08. Another model, the WC0A is a charging cable that is compatible with all kinds of Type-C digital products and has a lightning bolt icon that serves as a LED charging indicator. Meanwhile, the WC0C helps users save money from buying multiple cables, as it is compatible with Type-C, Lightning, and micro-USB devices. 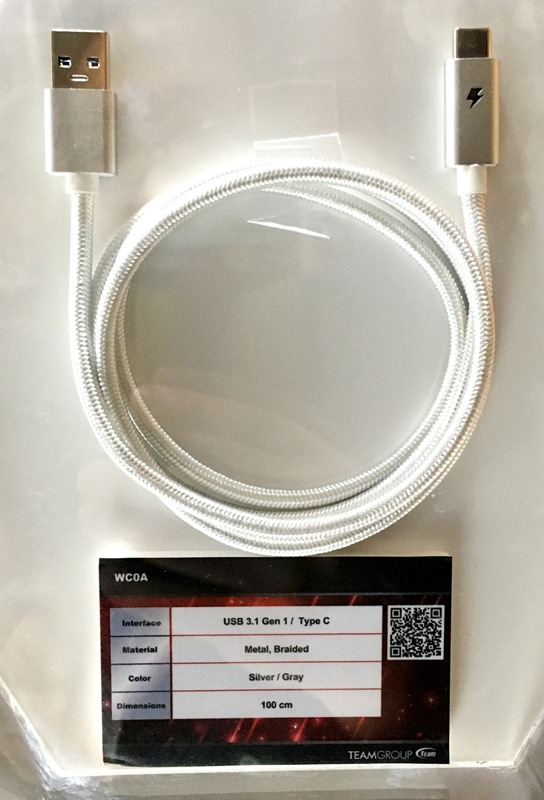 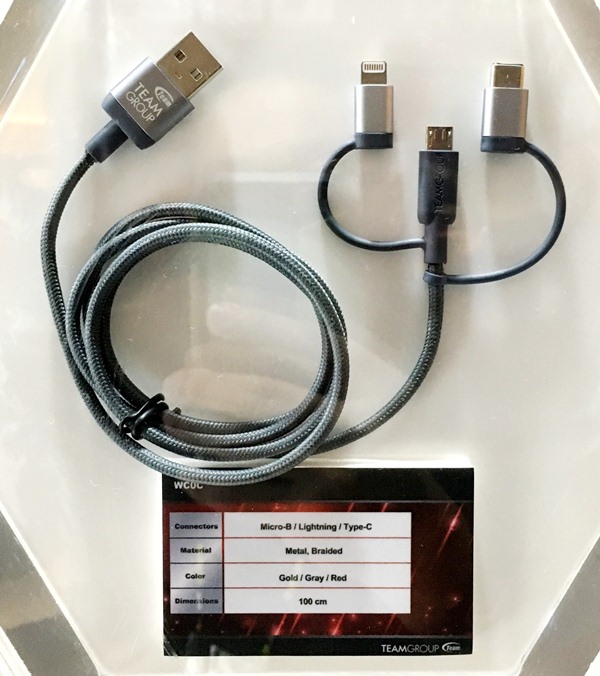 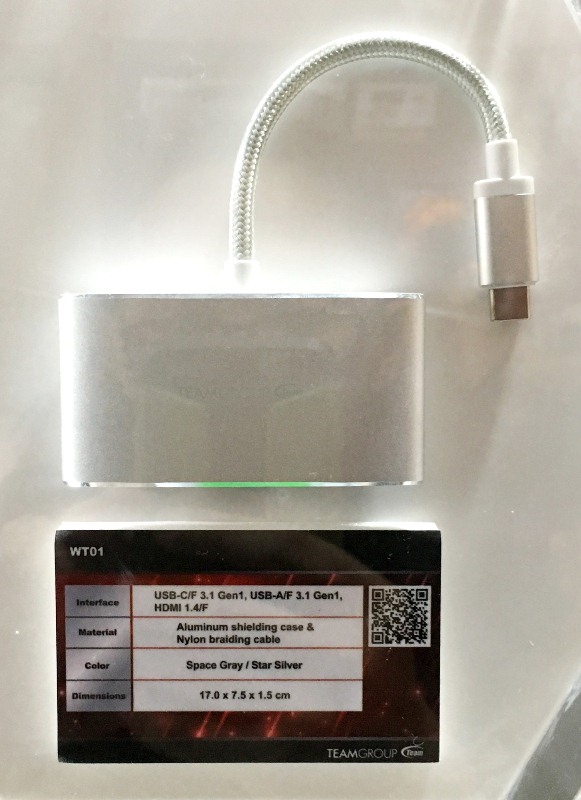 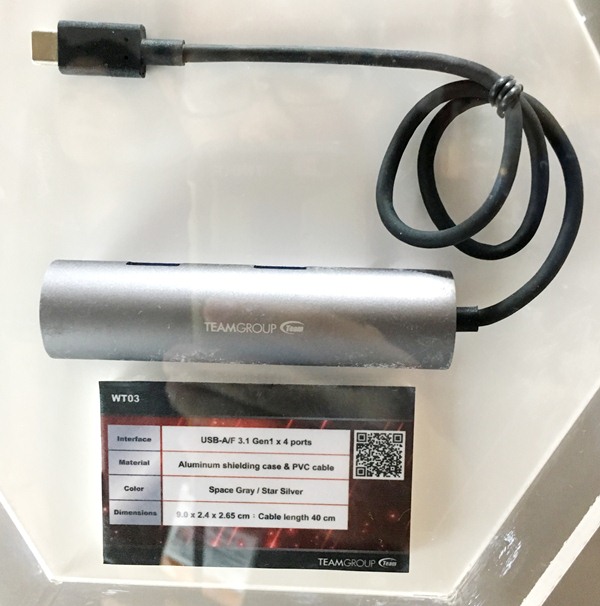 Team Group also introduced USB hhub models WT01 and WT03. The WT01 is a 3-in-1 hub that comes with Type-C, Type-A, and HDMI connectors. The WT03, on the other hand, is equipped with USB-A ports and can accommodate up to four USB devices.