Testament of confidence: An inside look at OPPO’s manufacturing facility in China

Testament of confidence: An inside look at OPPO’s manufacturing facility in China 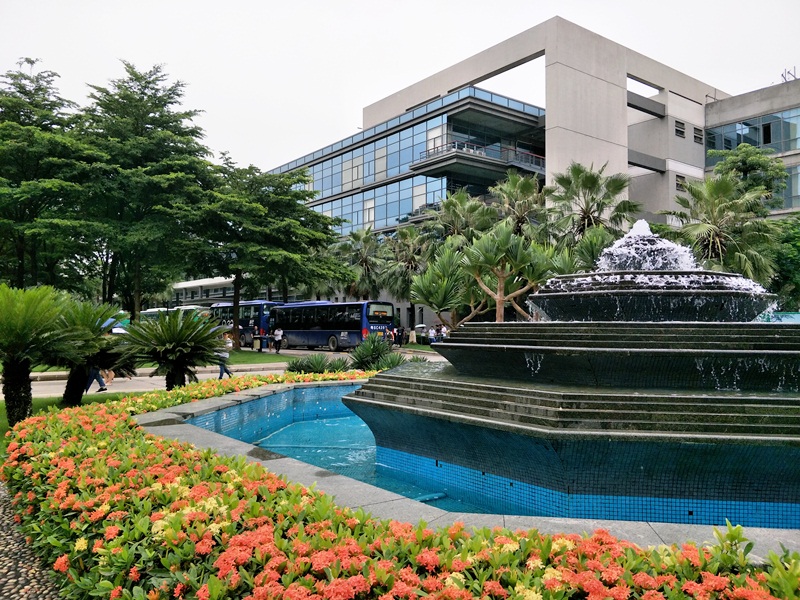 The stringent process of smartphone making

Smartphones are ubiquitous these days and there are lots of brands out there that are manufacturing these mobile contraptions in mass production. Many of these smartphones come from China and the common conception of consumers when it comes to a “China phone” is that they are inferior when it comes to overall product quality. Challenging this notion, OPPO deliberately brought us to its facility at Dongguan in Guangdong, China for us to personally witness the company’s stringent process of smartphone production. 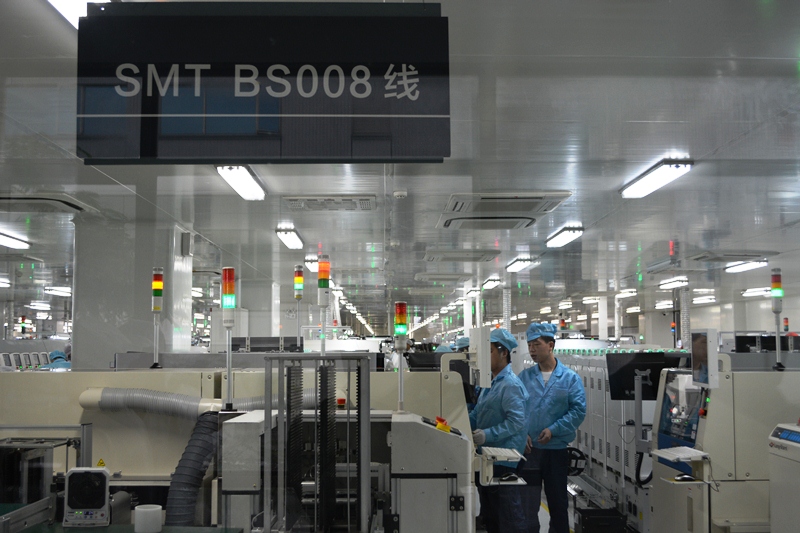 Similar to computing devices like laptops and desktop PCs, the foundation of a smartphone is the motherboard. With that, our tour in OPPO’s manufacturing facility started at the SMT center where the motherboards of OPPO smartphones are created. Starting off with the numbers, the SMT center consists of 38 motherboard and 28 small plate production lines, all of which produce a mindboggling 7.5 million motherboards and 25 million sub-boards each month! 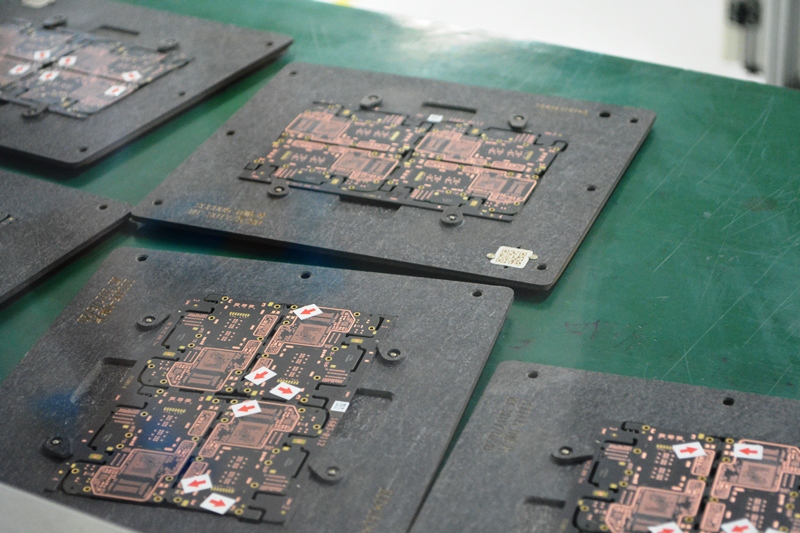 Ensuring the quality of motherboards produced at the SMT Center, OPPO acquired equipment from the best-in-class manufacturers in the world. Once complete, each board undergoes a series of 18 inspection procedures, just to make sure that the board is of best quality. This series of inspection consists of machines that verify the quality of the boards produced by other machines. In the mounting line, three more automatic inspection proceduce and a manual inspection procedure occur to check the welding quality of the boards. To sum up, the standard set by OPPO for the SMT Center goes beyond the national standard in China and is one of the highest in the industry. 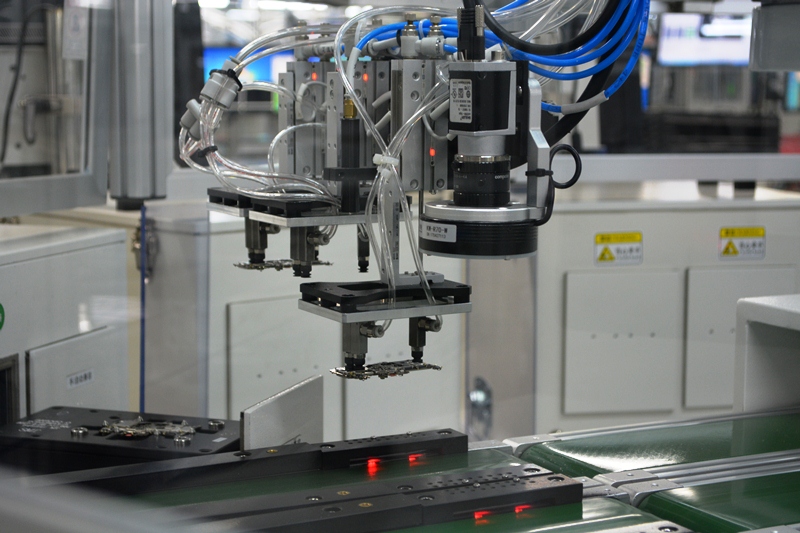 Once the motherboards and sub-boards are manufactured, these components go to the assembly line workshop to become the finished smartphone that we know. Located on the third floor, the workshop has a total of 26 assembly lines and produces units of OPPO R11 at the time of writing.

QE Lab: Where the tests happen

Our tour inside OPPO's Dongguan manufacturing facility concluded at the QE Lab where finished smartphones units become subject of a series of QA tests. Comprising of electrical performance tests, structural tests, and environmental aging tests, the phones go through a total of 150 tests. 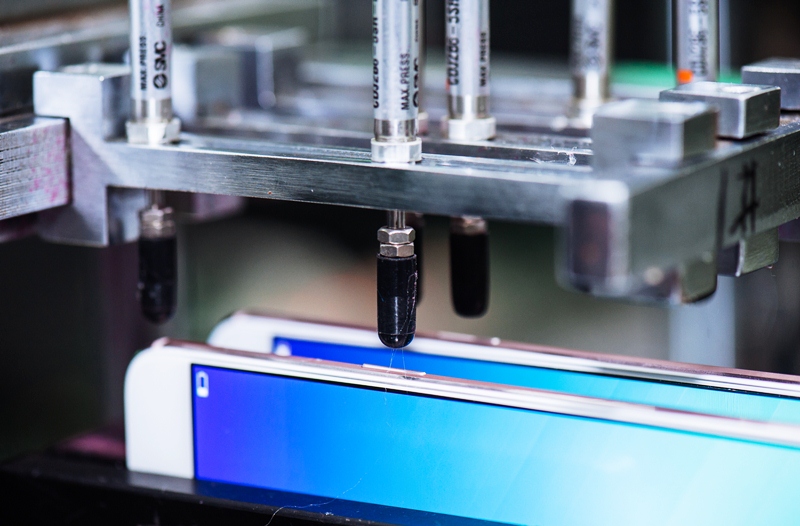 Button click test - Because the power and volume are the commonly used keys by consumers, these keys are mechanically tapped by a machine 100,000 with 1kg force. Meanwhile, the fingerprint key is tapped 1 million times. In real-world usage, it will take around six years for you to complete 100,000 clicks, if you click the buttons 50 times a day. 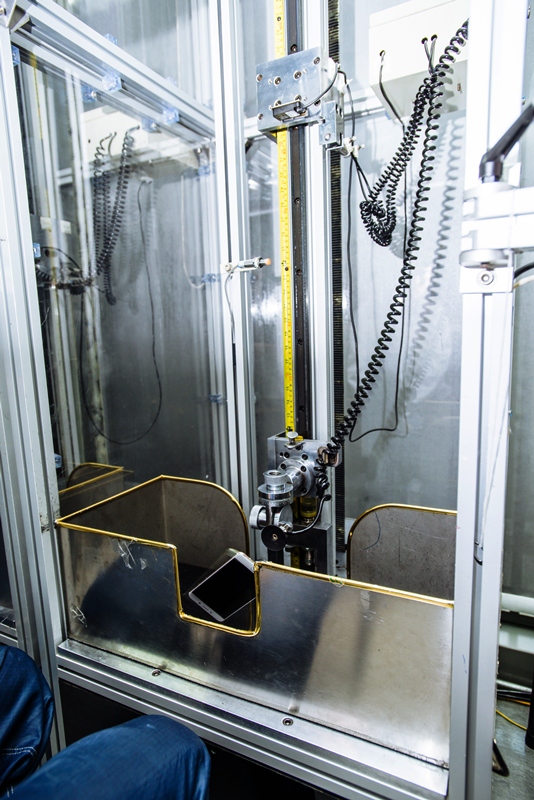 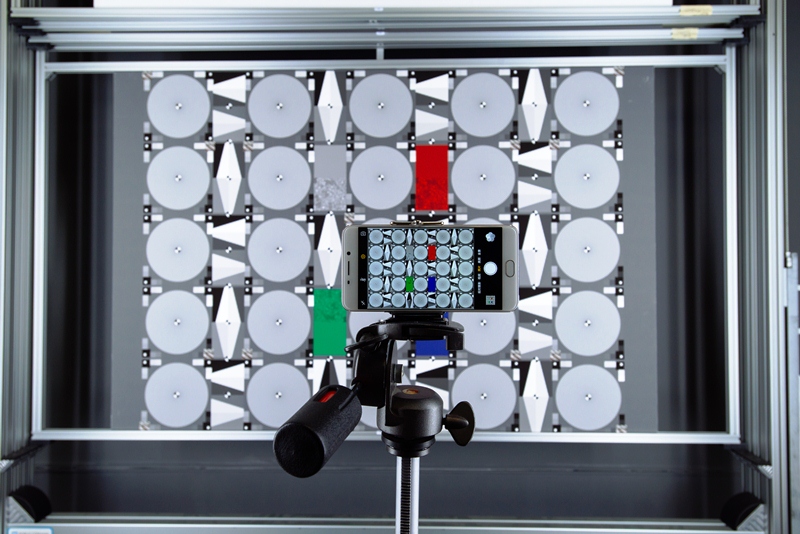 Environmental test - The handset is placed in an environment with an extreme high temperature of 85°C for 500 hours. After the test, the functions should be normal and the RF index parameters are within the specified range. 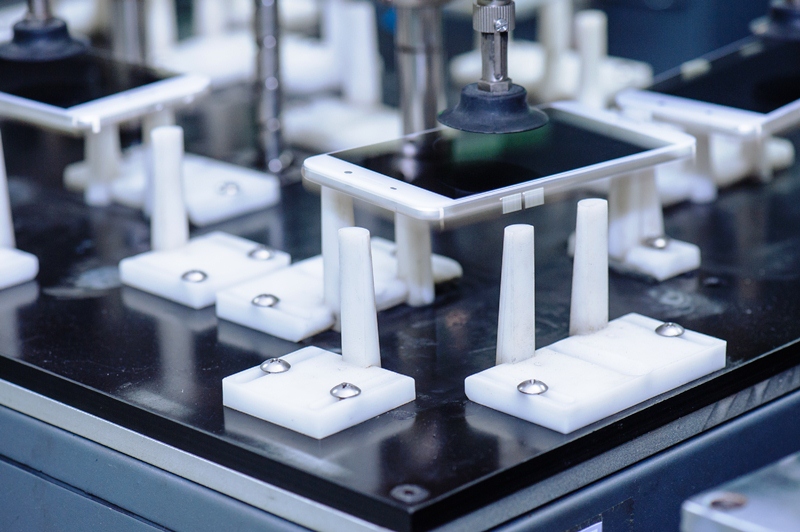 Micro drop test - The front and back sides of the handset are thrown from a 7cm height 20,000. The handset is also thrown with its four sides receiving an impact. Each handset is thrown 42,000 times in total. 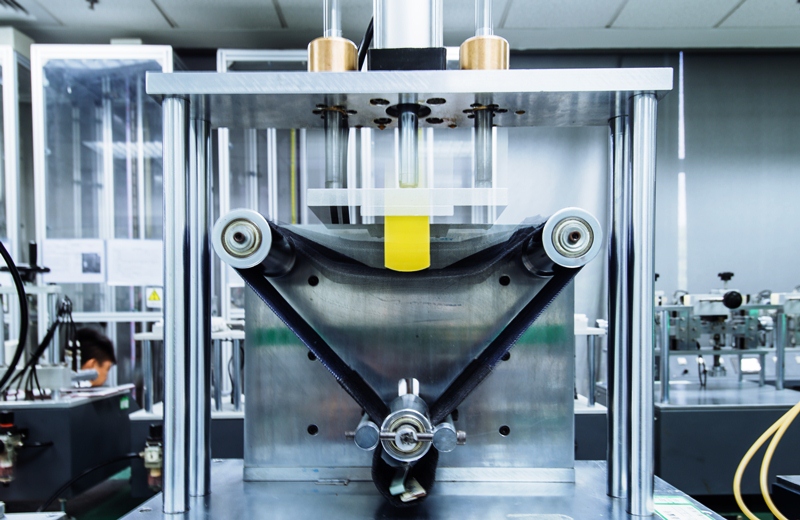 Press test - A simulation of a scenario wherein the user presses the handset against a small object (a key for example) and verifies whether the handset is damaged. 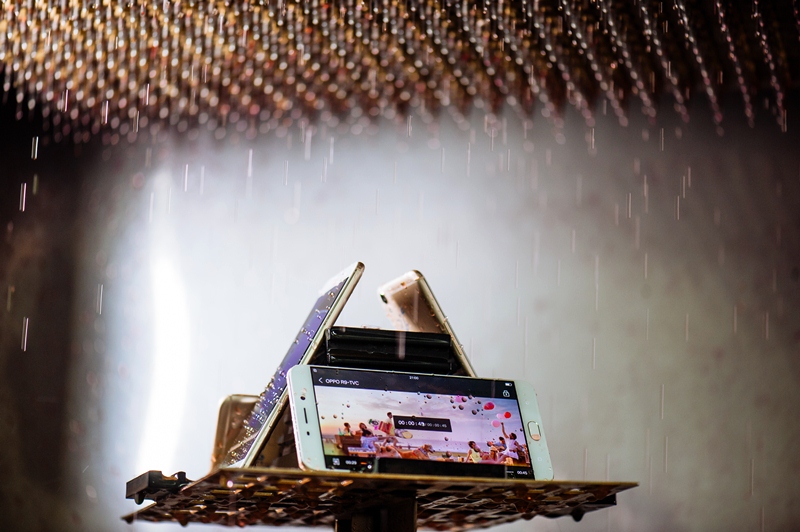 Rain test - The handset is positioned at a 75-degree angle wherein any of its four sides is exposed to a rain test based on the IPX2 waterproofing grad (rainfall rate at 60L/hour or is equivalent to moderate rain). After the test, the handset is wiped and verified if all the functions are normal. The handset is left to completely dry in three days. Finally, it will be disassembled to check if the internal parts are not corroded. 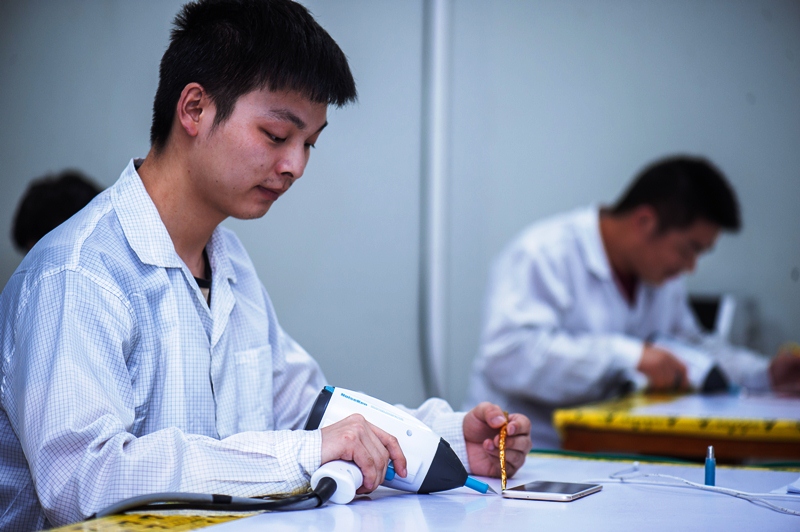 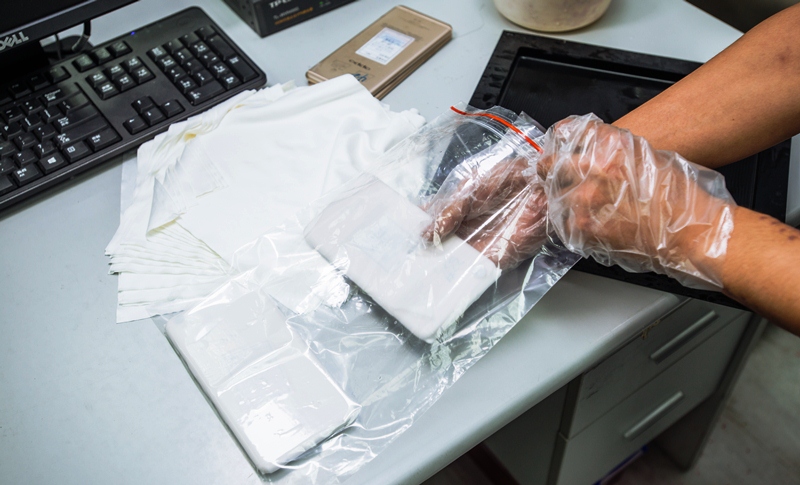 Sweat test - The handset is wrapped with a cloth soaked in a mixture of artificial sweat. After that, the phone is exposed to a hot and humid environment (55°C and 95%H). 48 hours later, the handset is taken out of the room for verification. 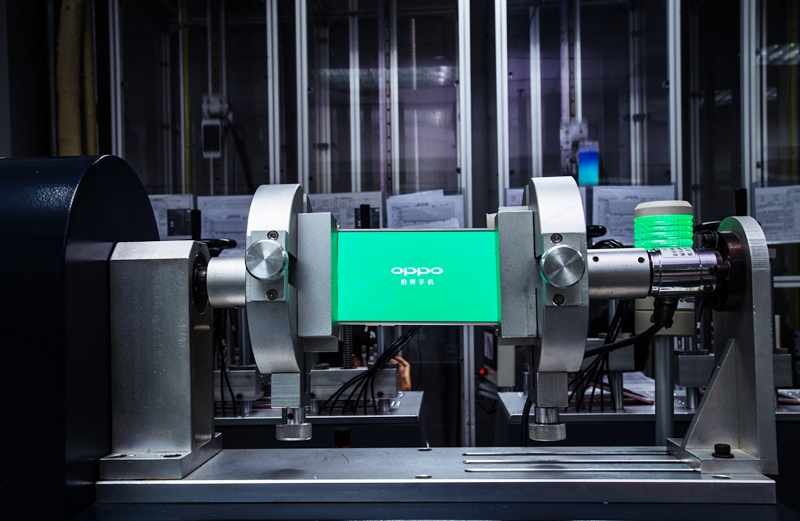 Tumble test - The handset is placed inside a rotating compartment 75 times at a rotational speed of 3-5 times per minute (equivalent to tumbling 150 times from a height of one meter). The device's exterior may be bruised but should not be cracked or detached, and its functionality should not be affected. Eventually, the handset will be disassembled to verify signs of internal damage. 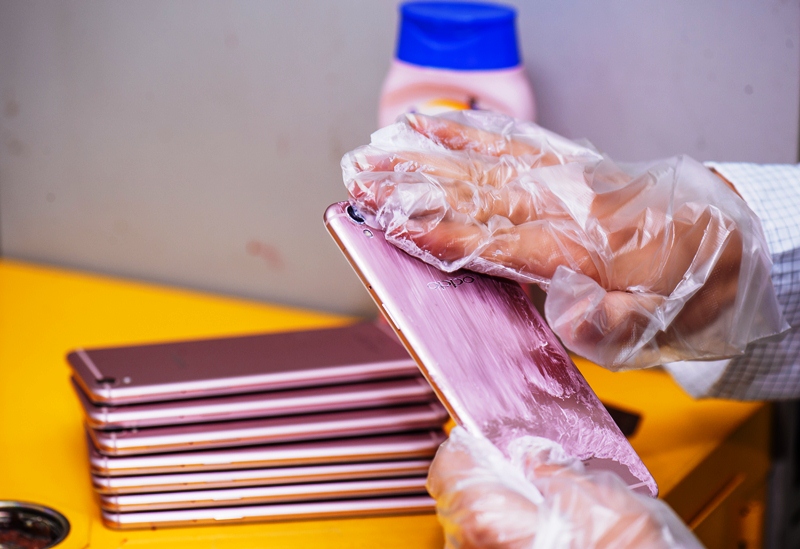 OPPO smartphones are also subjected to scenarios where daily substances are involved such as coffee, cooking oil, and soap. OPPO's QE Lab attempts to simulate real-world settings and usage scenarios. 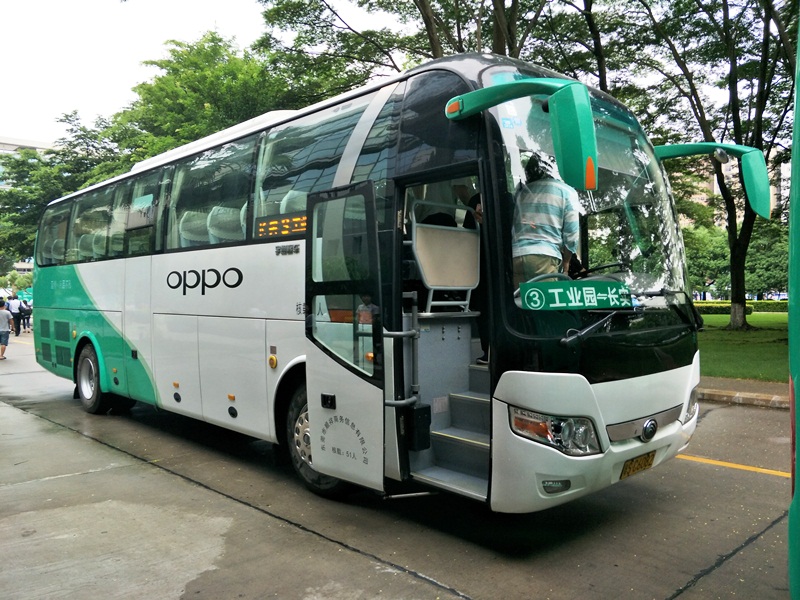 A testament of OPPO’s confidence in its manufacturing prowess, our tour inside the smartphone giant’s manufacturing facility in Dongguan let us witness why it is now the second smartphone brand in the Philippines and among the top worldwide in terms of market share.