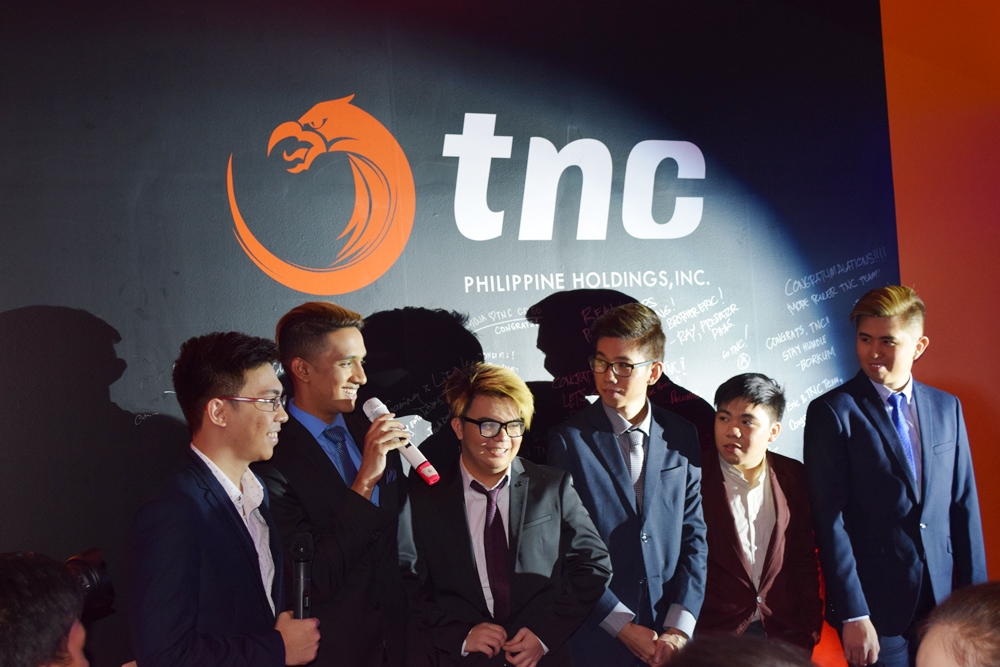 It was a midweek party evening in Quezon City’s primed entertainment district as TNC Philippine Holdings Inc., an eSports company in the country, has opened its new headquarters on Wednesday night packed with cocktails, live jam music, and the formality of the news itself that ensures the growth of the company in the eSports industry.

The new base, located at #477 Felomina Building, E. Rodriguez Sr. Avenue, Cubao, Quezon City, will be TNC’s new main office as well as the training ground for its pool of gamers of multiple brands. TNC aims to focus heavily on developing the scenario of eSports in the country, and that includes targeting multiple gaming platforms that hopefully will strengthen the company's conviction toward eSports in the local and global scale.

The grand opening of the TNC’s headquarters was graced by the gaming firm executives led by Founding Chairman Eric M. Redulfin and Chief Executive Officer Lester Ryan Wong, officials of the Games and Amusements Board (GAB), and TNC’s core teams in gaming such as Counter-Strike: Global Offensive (CS:GO), Crossfire, and Defense of the Ancients (DOTA). 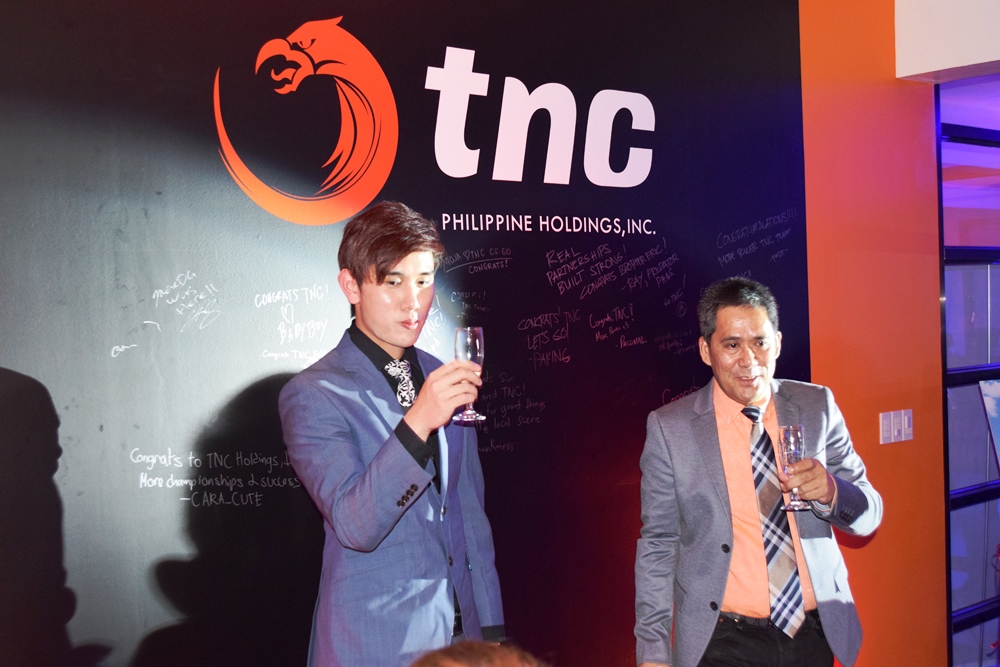 “Having TNC Philippine Holdings, Inc. will only mean more pro teams are going to be created. From having only a DOTA 2 team, we now have League of Legends (LOL), CS:GO, Crossfire, Hearthstone, and DOTA Girls 2 Team – the TNC Amazons. Of course, we want to have more teams in the future to give more opportunities for aspiring professional players. With the help and support of the Games and Amusements Board’s accreditation, eSports will be the next big thing. Aside from this, we want to strengthen our main business, our cyber cafes. This is only the start for a stronger Philippine eSports Industry,” said Redulfin.

From there, TNC Philippine Holdings, Inc. aims to give aspiring players opportunities that prove them that there are future in the world of cyber-gaming. Aside from these, TNC will devote themselves into series of activities which all stakeholders – including sponsors, brands, partners, gaming teams, and professional gamers – will all benefit from its establishment, from establishing eSports teams to compete internationally, cyber café expansions, High Grounds Café Franchise, organizing events, conferences, and projects that will increase the visibility of eSports in the Philippines.

“We want the whole Southeast Asia to shine and claim its spot as the world’s eSports capital. After making Philippines shine even brighter after our DOTA 2 team’s accomplishments, we believe that we can do the same for the region. With all of this, we want to be one of the pillars of eSports in the whole Southeast Asia and continue to bring support to eSports scene,” added Wong.

At present, TNC Philippine Holdings, Inc. has more than 100 branches of TNC Cyber Café with more than 12,000 computers in total, a significant difference from starting with only four computers and being previously named as TNC Company.