Welcome to the Windows Store!

7-day Try Before You Buy

One of the key advantages the Windows Store has over other app stores is that it allows for trial apps. But not all paid apps allow for trials - it's up to developers. Trials apps are easily distinguished from the rest: there will be a 'Try' button next to 'Buy'. You're free to try an app for seven days, after which, you will be prompted to buy the app to continue using it. Of course, you can upgrade before the 7-day period is up - just go back to the app page in the Store and click on the Buy button. Alternatively, you may find the Buy option when you bring up the Settings Charm in the app. 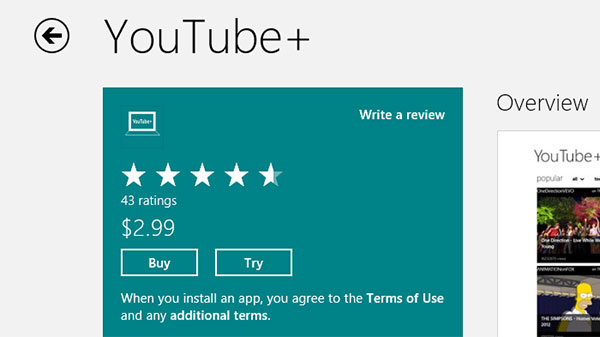 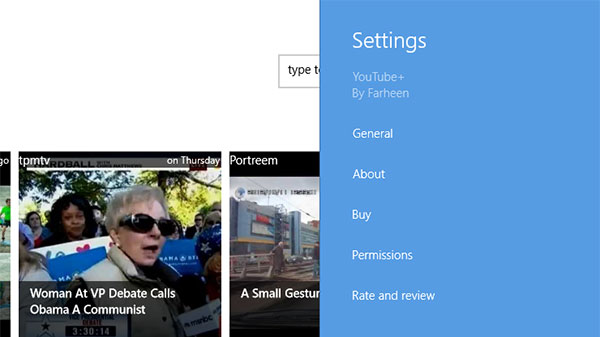 Compared to the Google Play store, which gives you 15 minutes to get a refund, and the iOS and Mac App Stores, which has no refund policy, the availability of trial apps is a major plus point for Windows Store. Paid apps on the Windows Store can range from a minimum (as set by Microsoft) of US$1.49 up to a maximum of US$999.99 (although we haven't seen one of that price yet). The US$1.49 lowest price point also means that there won't be US$0.99 apps in the Windows Store, unlike Google's and Apple's app stores. But like these other app stores, Windows Store apps may also offer in-app purchases (that is, products and features that a user can buy from within the app). For every app sold, Microsoft takes a 30% cut until the app reaches US$25,000 in sales; after which Microsoft will take a 20% cut. 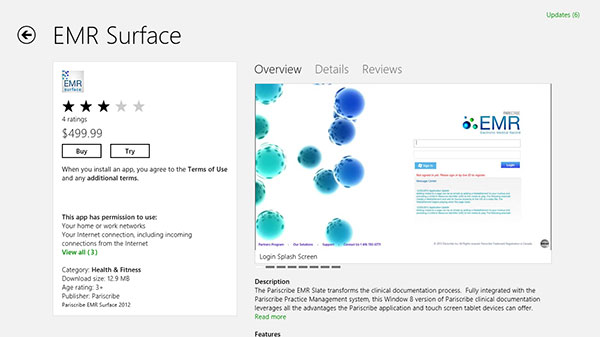 The advantage of Intel/AMD-based Windows 8 devices is that they can also use traditional desktop-based x86/64 apps (remember, ARM-based Windows RT devices will only run Modern-style apps). While you can pin a desktop app tile on the Start screen and launch it from there, it will actually open on your desktop like a regular program. Interestingly, you can find desktop apps on the Windows Store as well. However, if you want to install one of these apps, rather than a direct download like the other Modern-style apps, Windows Store will instead direct you to the publisher's website to download or buy it. A prime example is Microsoft's very own Office 2010. You can find it on the Windows Store, but to buy it, you've got to follow a link that brings you to the Office 2010 purchase page in Internet Explorer. 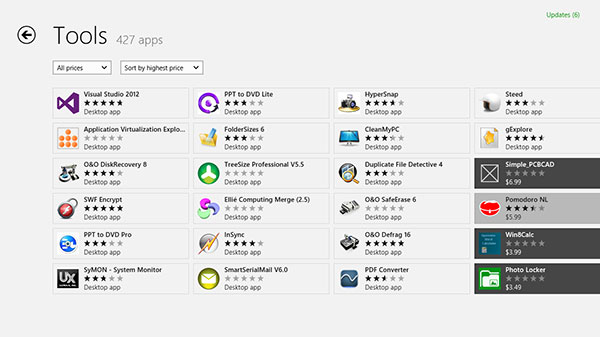 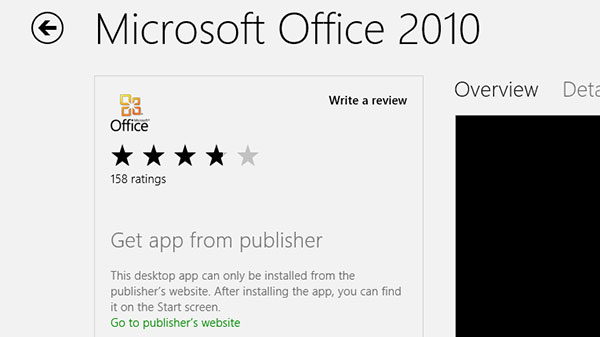 Once you've downloaded and installed an app, you'll find its tile on your Windows 8 Start screen. You can move the tile around by pressing and holding it, then moving it to the desired position. To see what you can do with the tile, swipe downward on it (or right-click on it, if you're using a mouse) to reveal the tile commands. As you can see from the screenshot below, you can uninstall an app right from the Start screen. 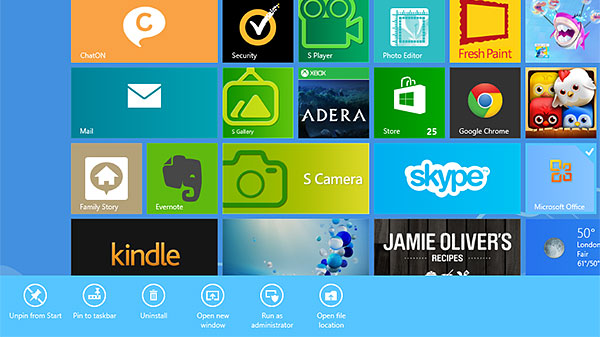 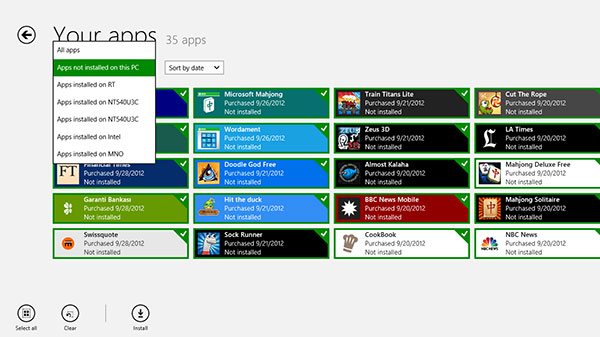 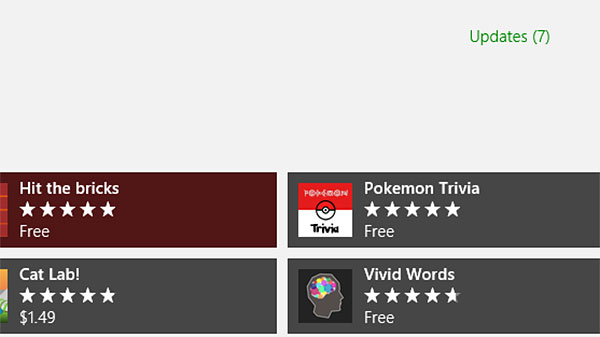 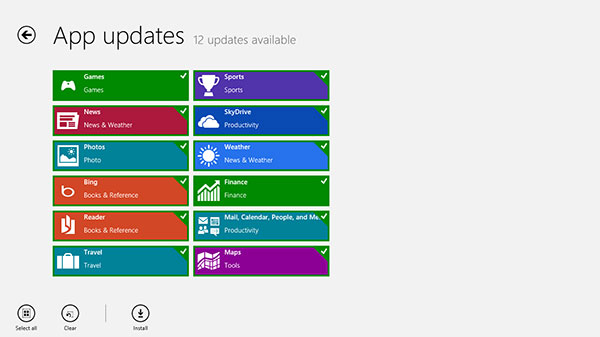 In case you haven't realized by now, the Windows Store is the only place to get Modern-style apps. Why? In short, it boils down to security, performance, and privacy. For example, any Modern-style app that makes it to the Store has been screened for malware and checked for viruses. While an app can display ads, it can't just display ads and offer no other functionality beyond that. Microsoft also mandates that an app provides the same user experience regardless of the processor types it supports, be it an ARM-based processor, or an Intel or AMD processor. And get this: on a low-power device, such as an Ultrabook, a Modern-style app must launch in five seconds or less, and suspend in two seconds or less. For those interested, check out this documentation over at the Microsoft Dev Center on Windows 8 app certification requirements.

Naturally, the success (or not) of the Windows Store hinges greatly on the number of apps it has. The Next Web predicts it'll have 7,500 apps by October 26, and more than 10,000 by December. Is that enough? More importantly, how's the quality of these apps, and how many of them are big-name apps? While some may view such numbers as just bragging rights, there's no denying that the more apps an app store has, the odds of having a greater number of quality apps are also higher. And remember, the fact that Windows 8 can be installed on desktops as well as mobile devices such as tablets means that the Windows Store is both a desktop and mobile app store.

With just less than three days to go, we will soon find out how the store and apps variety tickle the interest of consumers.