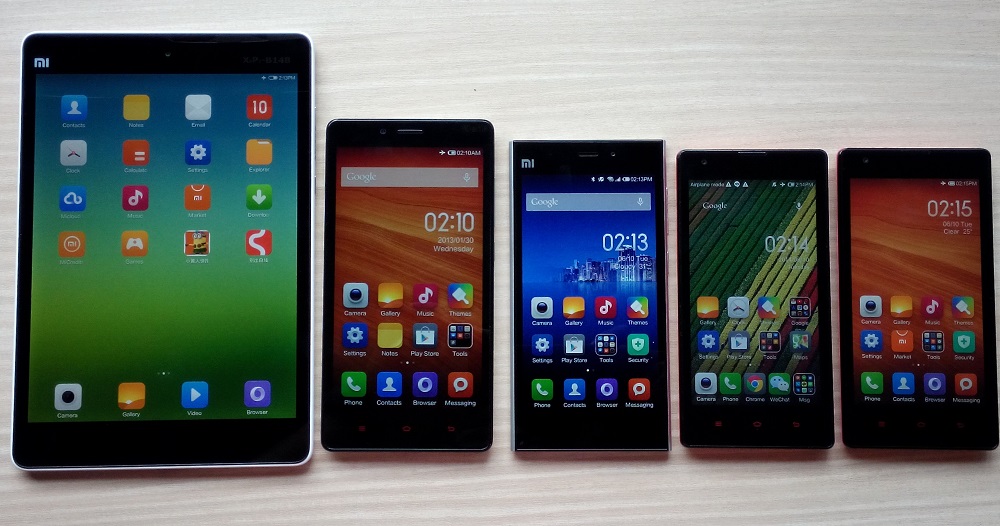 One of Xiaomi’s top commitments is to produce products that offer the best possible device experience. According to Barra, in the past three years, Xiaomi has been consistently the first company to produce a device with the latest chipset. Some examples of these devices are the MI-2S with Qualcomm’s Snapdragon 600, the Mi 3 with the Snapdragon 800AB (a version of the 800), and the Mi Pad with the NVIDIA Tegra K1. 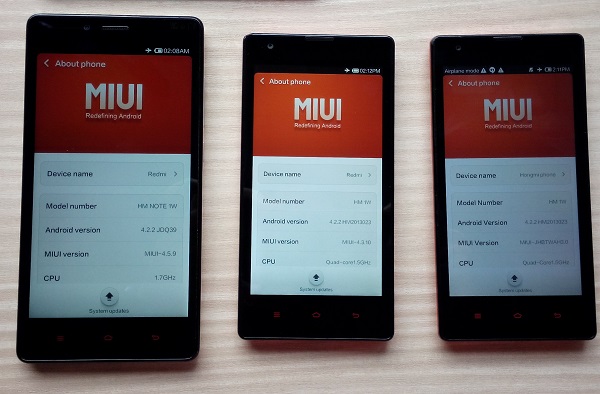 “We’ve been focusing on improving its performance, it’s like your smartphone gets better over time. We don’t just fix bugs, we also do performance optimizations,” Barra added.

Although there are premium phones in the market such as the HTC One (M8) and the Samsung Galaxy S5 which run on the Snapdragon 801 (15% faster than the 800), Xiaomi has managed to make the Mi 3 faster, though it uses a slower chipset. A Full HD device with an IPS display, 3000mAh battery module, and a 13-megapixel camera, the Mi3 costs CNY 1699 or around PhP 12,000, a lot more affordable than other PhP 30,000+ flagship phones in the market. 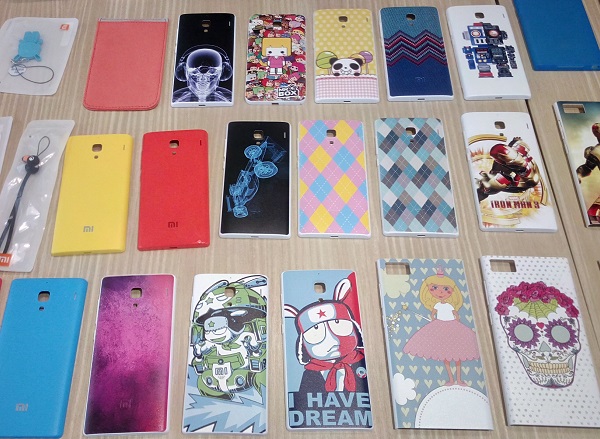 Moving forward to the company’s more affordable product line, the Redmi comes with a 4.7-inch 720p touchscreen, Snapdragon 400 quad-core CPU, 8-megapixel main camera, and a 2-megapixel camera. On offer with swappable back covers, the Redmi sells for CNY 799 or around PhP 6,000.

Another member of the Redmi family is the Redmi Note. This 5.5-inch smartphone with 720p display, 13-megapixel camera, and a MediaTek octa-core processor retails for CNY 999 or around PhP 7,000. 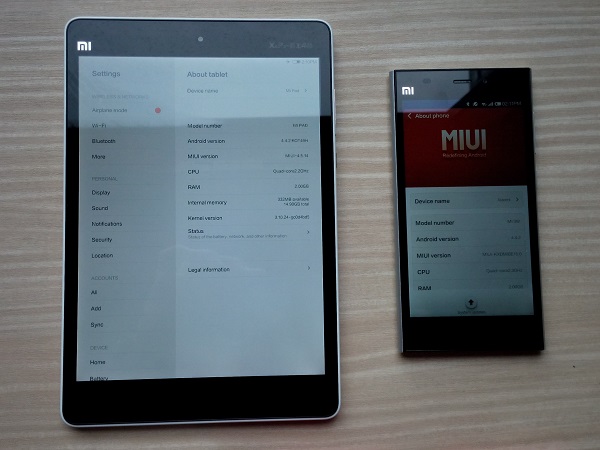 Last month, the Mi Pad, the company’s first Android tablet, was launched carrying the Tegra K1 processor. The Tegra K1 is NVIDIA’s mobile chipset that utilizes GeForce desktop graphics architecture, making it easier for game developers to create games from PC to tablet. With the Tegra K1, the Mi Pad can reach a score of more than 41000 in AnTuTu Benchmark. The Mi Pad has a 7.9-inch display with 2K resolution and a Wi-Fi chip compliant with the IEEE 802.11ac standard. It is relatively heavier than the competition and the heft gives it a premium feel. It is clad in a glossy plastic body which makes it comfortable to hold. Available in 16GB and 64GB variants, the Mi Pad sells for CNY 1499 (PhP 10,548) and CNY 1699 (PhP 11,956) respectively. 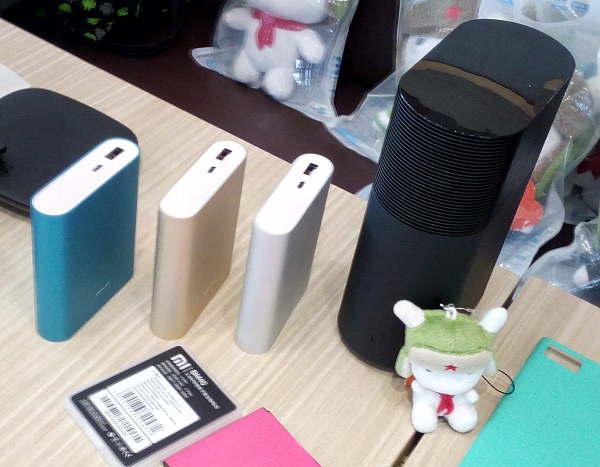 Xiaomi also manufactures power banks. During the meeting, Barra showed us a 10400mAh model that uses a Samsung battery. It is a fast-charging power bank and capable of charging a device in less than 40 minutes. Mi power banks may cost PhP 600 to PhP 700 locally.

In addition to headphones, Barra also introduced to us the MiKey, a programmable button that can be attached to the 3.5mm audio jack of the smartphone. Users may program it to launch certain smartphone applications like the camera. 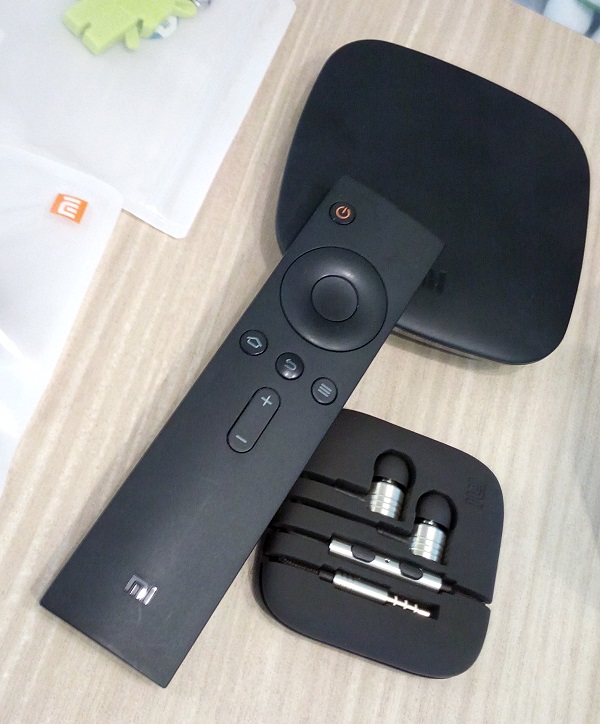 Apart from the Mi Pad, another recently launched product is Mi TV 2, a 49-inch Android smart TV with 4K display, an 11-button Bluetooth remote, and a soundbar with 120W subwoofer. If you misplaced the remote, simply touch the button below the TV and the remote will alarm. Available in blue, gold, green, pink, and purple colors, the Mi TV 2’s entire package costs CNY 3999 or around PhP 28,000.

For users who already have an HDTV, Xiaomi recommends the Mi Box (Full HD variant) and the Mi Box Pro (4K version). With a starting price of around PhP 2,000, these set-top boxes can be attached to a TV via HDMI and possess all the characteristic of a smart TV, except that they do not have the display panel. The Mi Box Pro is also complaint with the IEEE 802.11ac Wi-Fi standard.

The last but not the last, Barra introduced to us the Mi Wi-Fi and the Mi Wi-Fi mini routers. The Mi Wi-Fi is an 802.11ac smart router equipped with a Broadcom chip and has 1TB HDD, and can be set to download or stream movies. It costs around PhP 5,000, whereas its little sibling, the Mi Wi-Fi mini sells for CNY 129 or less than PhP 1,000. 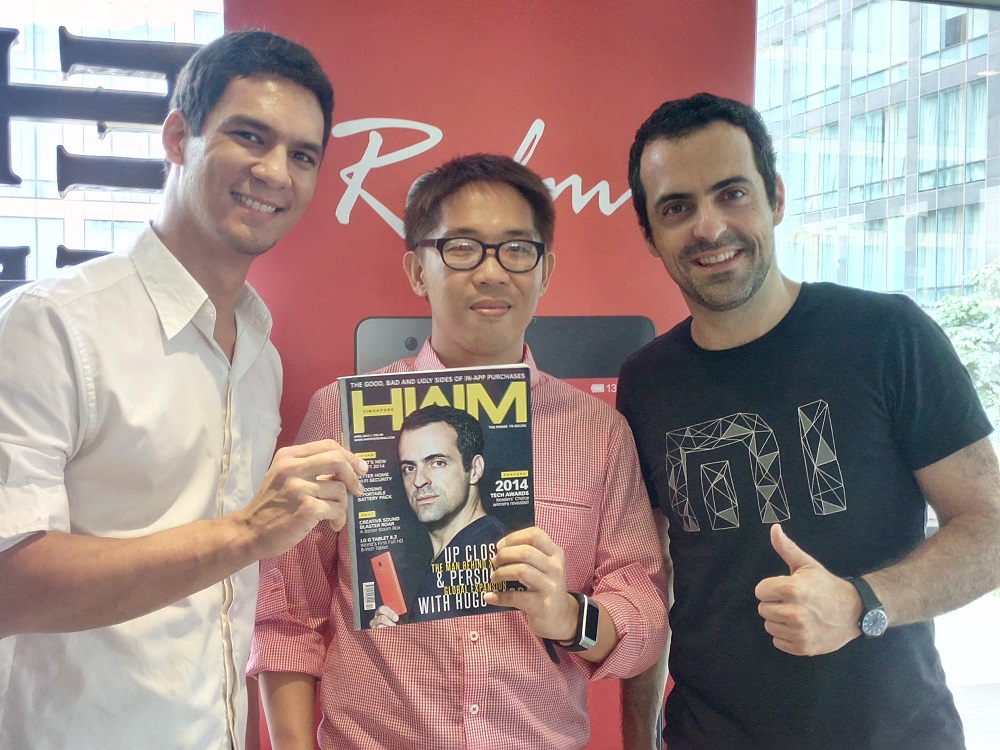