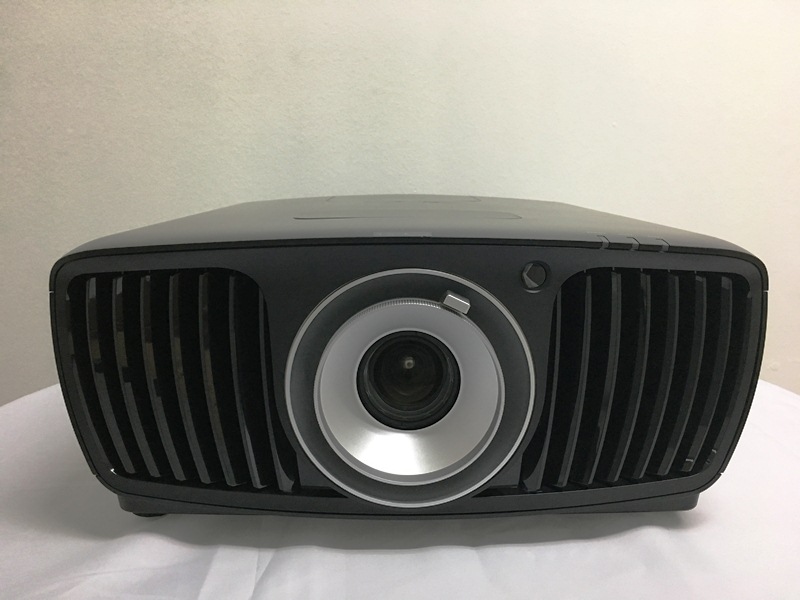 Behemoth of a projector

Making its initial appearance at Computex last year, the Acer V9800 is not your usual kind of DLP projector. With a hulking size and heavy weight, the V9800 is a massive projector that may require two individuals to put it out of the box and set it up. Matching its size and weight, it outputs 4K UHD (3840 x 2160) and is expensively priced at PhP 249,999. 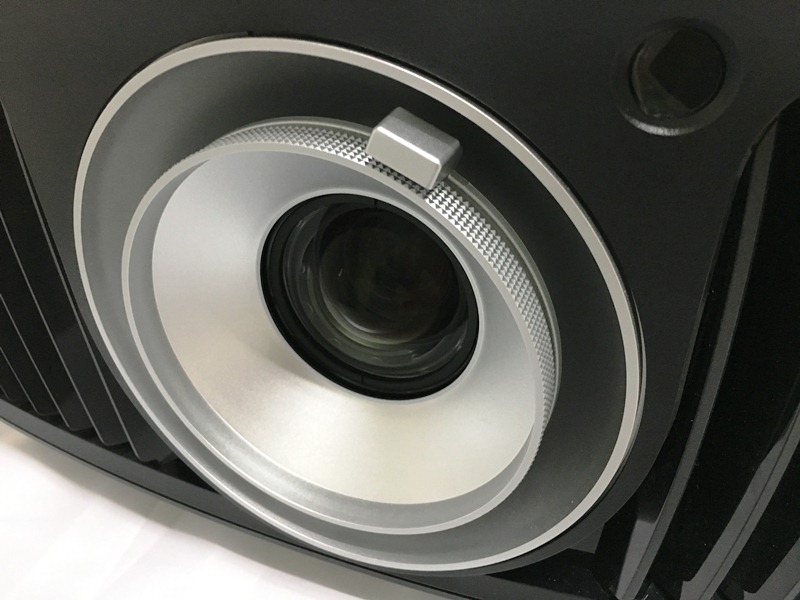 Nearly the entire chassis of the V9800 is matte black plastic, concealing a Texas Instruments (TI) 4K DMD processor within. On the front, it carries a manual lens that has a throw ratio of 2540mm at three meters, 1.5x optical zoom, and 2x digital zoom. Supported projection distance ranges from 4.28m to 5.42m, while its diagonal image size begins at 2,413mm to up to 4.57 meters. The lens, which has a manual adjustment ring for focus, is flanked by two air vents for thermal management: one is for sucking the cool air in and the other is for ejecting the warm air out. In its entirety, the V9800 is a silent worker at 20-26dB. 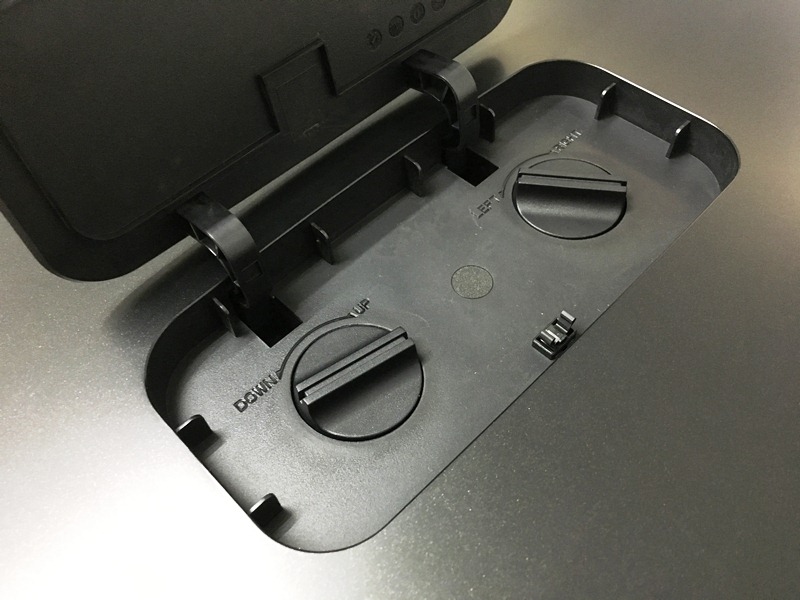 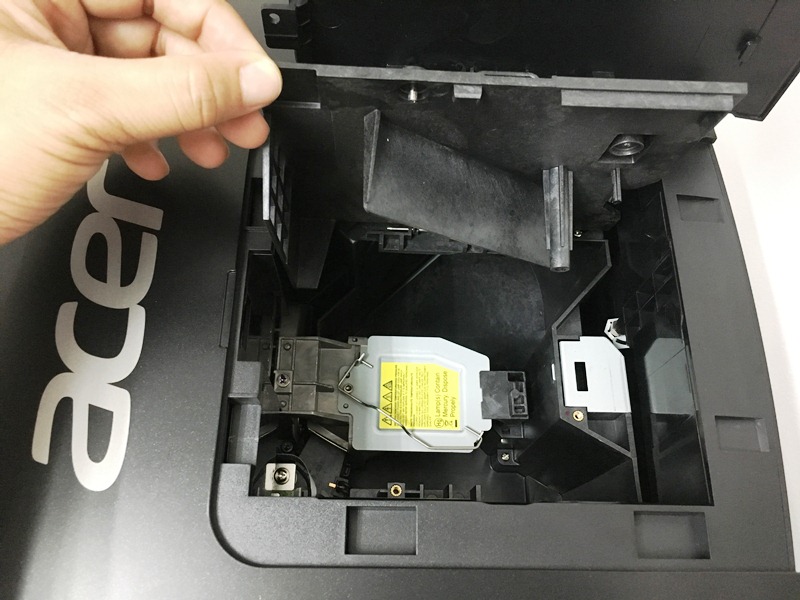 On top, the V9800 may look bare, but it actually has two concealed compartments. The one adjacent to the lens houses the dials for adjusting the vertical and horizontal positioning of the projected image. Meanwhile, the one near the back provides access to the 240W UHP lamp when the situation requires it. Underneath, the V9800 has two foot screws that are useful when leveling the projector on an uneven surface. We also noticed the screw holes beneath which we deem become necessary if you want to mount the projector on the ceiling. 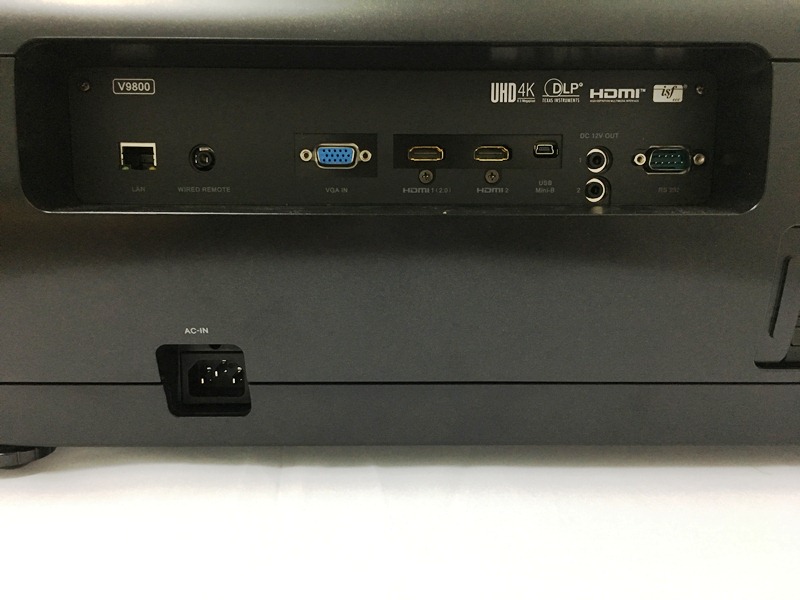 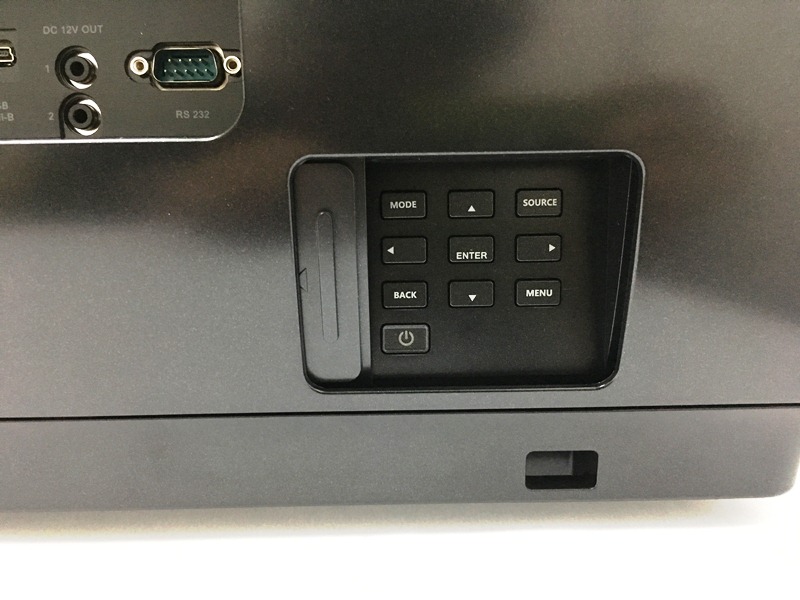 The busiest portion is probably the side where you can find all of the connectivity options available on the V9800. Connectors present on the side include LAN, wired remote port, AC port for the power cable, VGA, two HDMI 2.0, mini-B USB, two 12V DC ports, and a serial port. Next to the ports is the projector’s onboard control panel which you can use to change the projector’s settings if the remote control is not available. 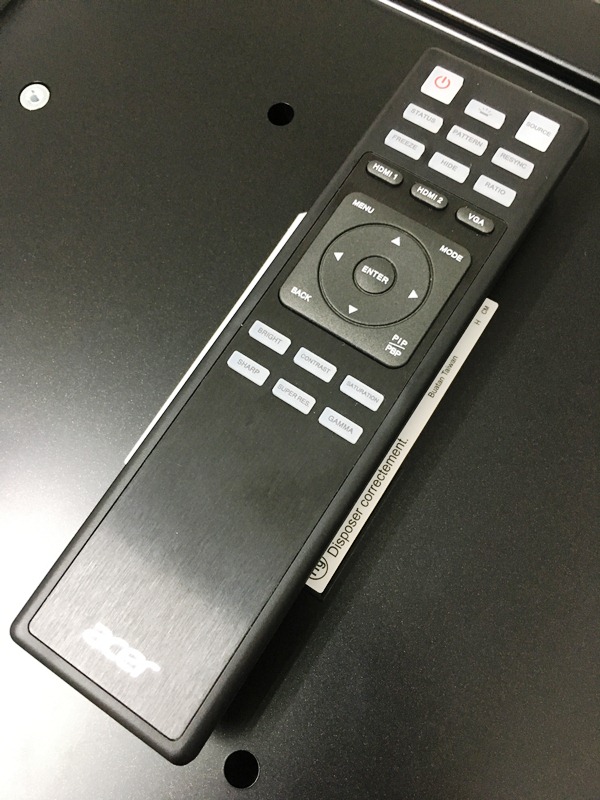 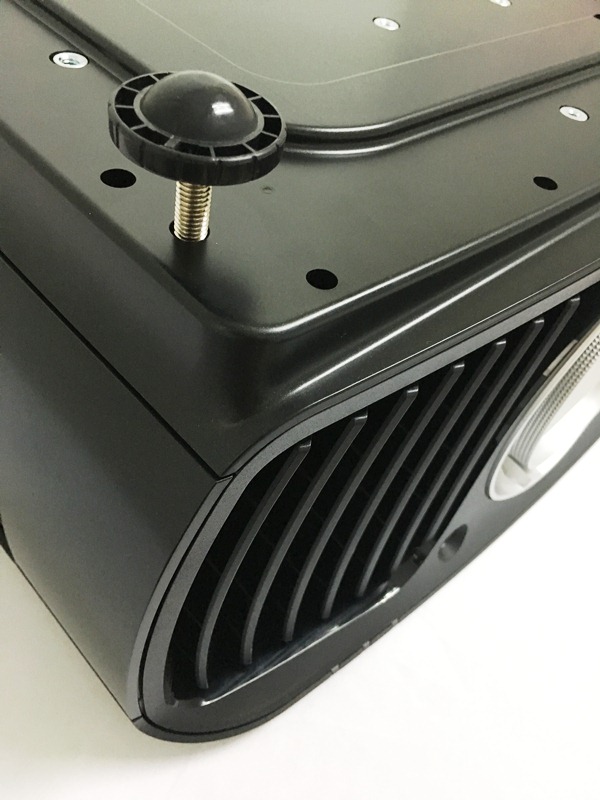 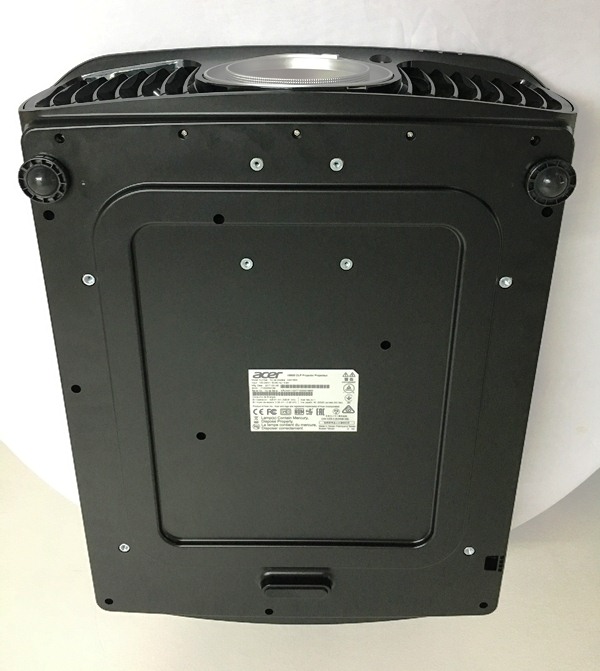 Speaking of the remote, it is basically straightforward. Some noteworthy buttons on it include the source which can be supplanted by the dedicated shortcut keys for VGA and HDMI connectors; pattern which help in ensuring that the projected image is even; and ratio for altering the projected image's aspect ratio. The mode button that gives you quick access to the projector's picture presets, just in case you're too lazy to play around with the brightness, contrast, saturation, and sharpness buttons of the remote. Interestingly, the V9800's remote has a super resolution button. This key fine-tunes the projected image at the pixel level, upscaling and enhancing content with lower resolution.