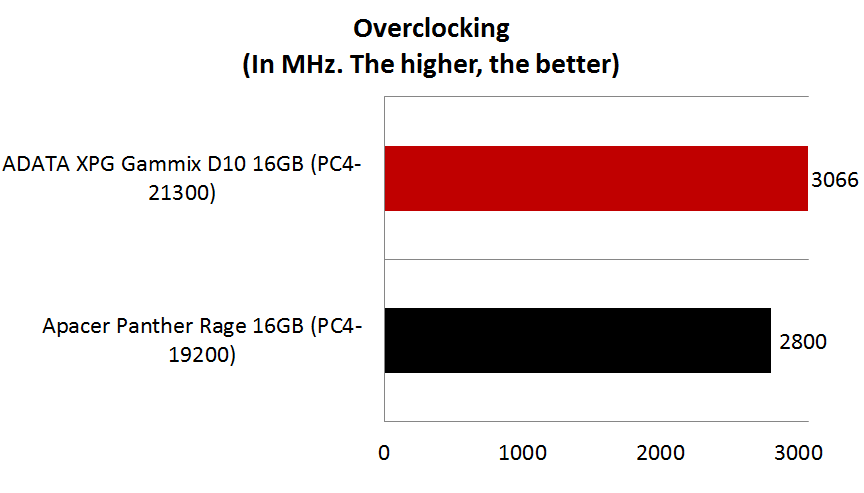 Bringing it to the edge 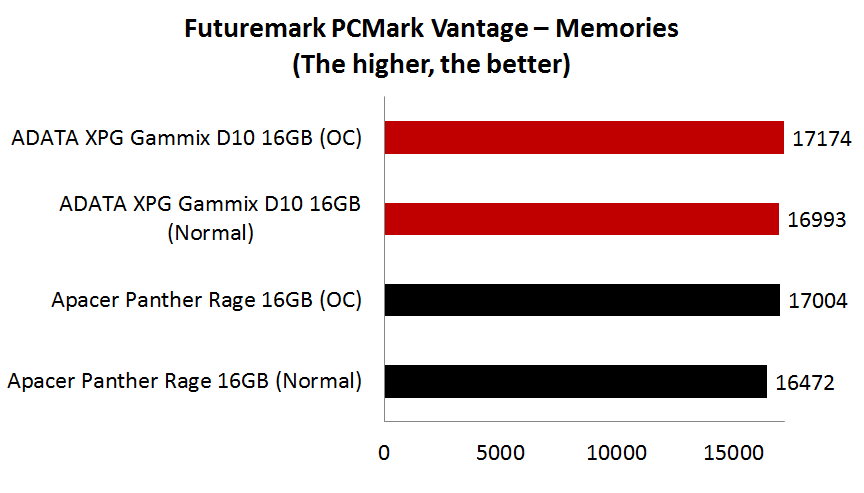 Higher memory clock means faster performance, and both memory modules got higher scores on PCMark Vantage Memories test after tweaking, but it is apparent that the Panther Rage gained better than the Gammix D10, if the normal and overclocked values of each module are compared. A similar outcome is observed looking at the results of PassMark’s Read test. 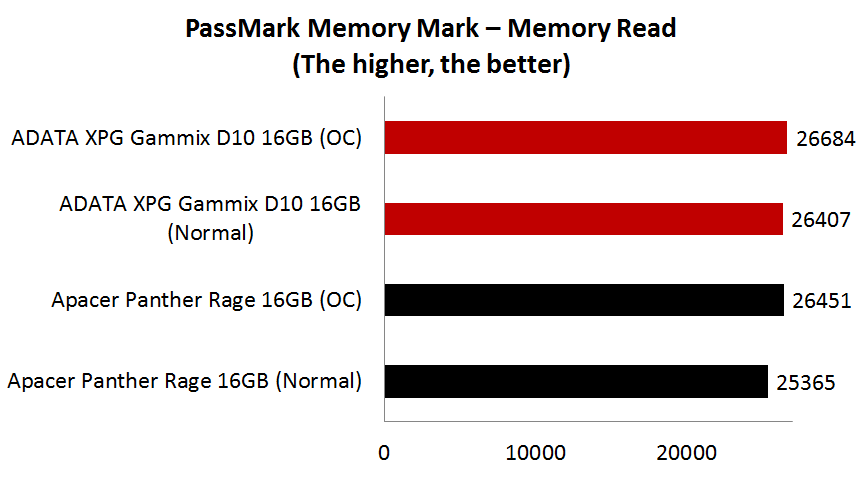 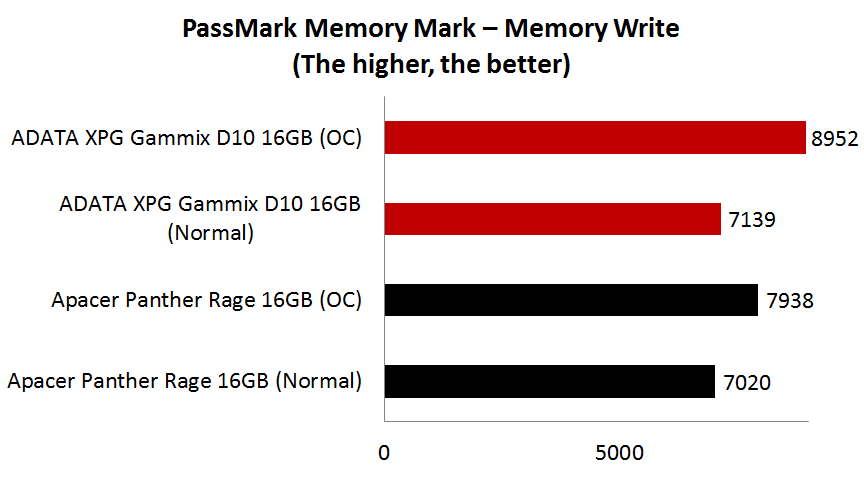 Looking at the outcome of PassMark’s Memory Write test, this is where we can clearly see the benefits of overclocking for the Gammix D10. Scoring almost 9000 points, ADATA’s memory module manifested a better performance boost than Apacer’s Panther Rage. 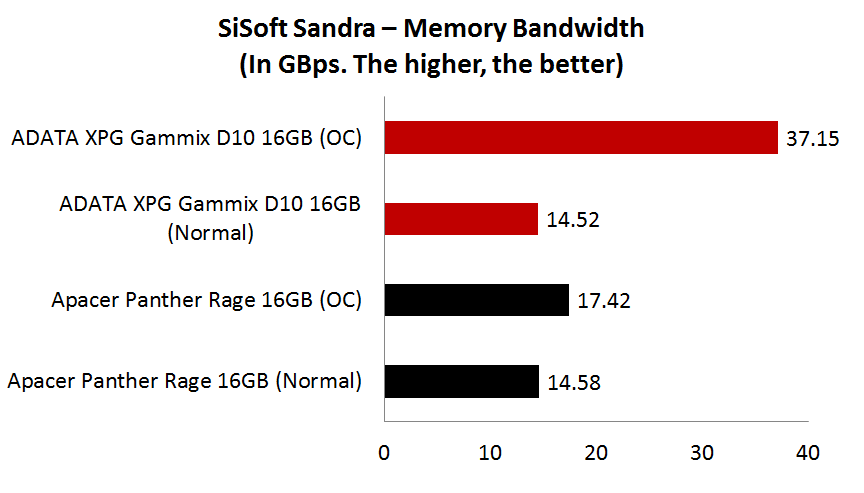 SiSoft Sandra scores are generally favorable for the ADATA XPG Gammix D10 after overclocking. Beginning with the Memory Bandwidth test, it is conspicuous that the Gammix D10 experienced a significant boost after overclocking, exceeding the doubled value of its memory bandwidth when in normal mode. 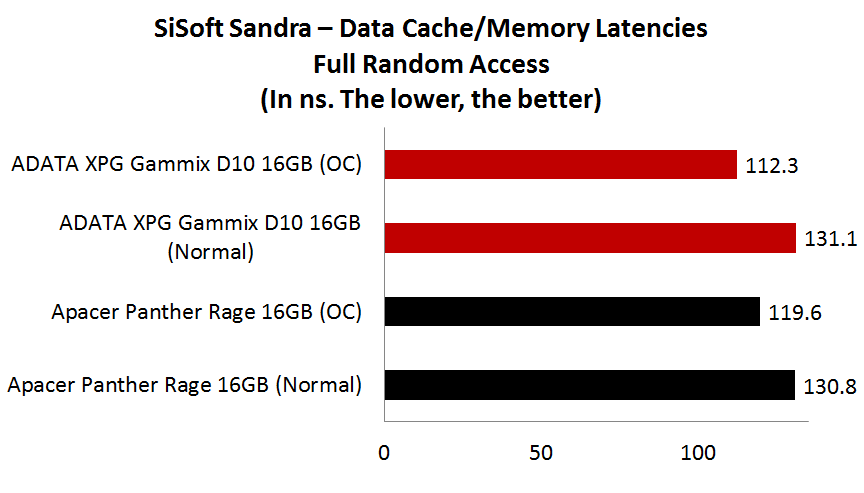 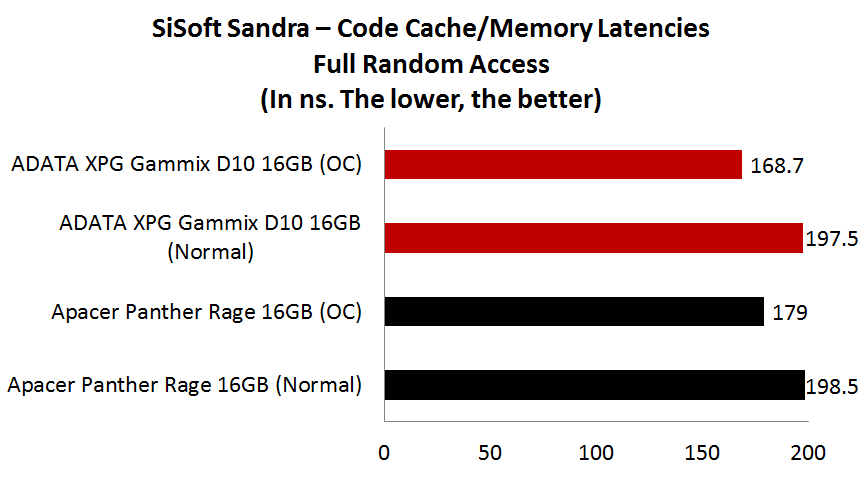 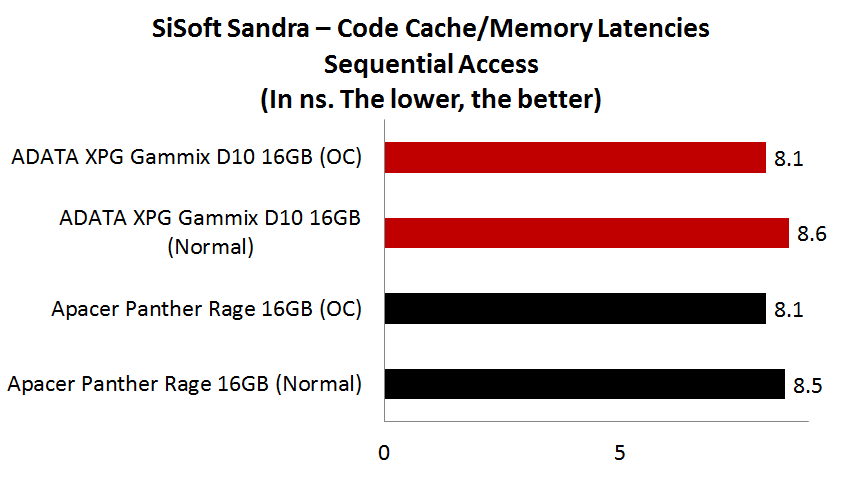 Auspiciously, overclocking also significantly reduced memory latency in both memory modules, and once again, the Gammix D10 is the one which experience notable latency reduction. Less memory latency means faster system response which is essential in executing a variety of desktop PC activities, from basic computing stuff to hardcore gaming and overclocking. 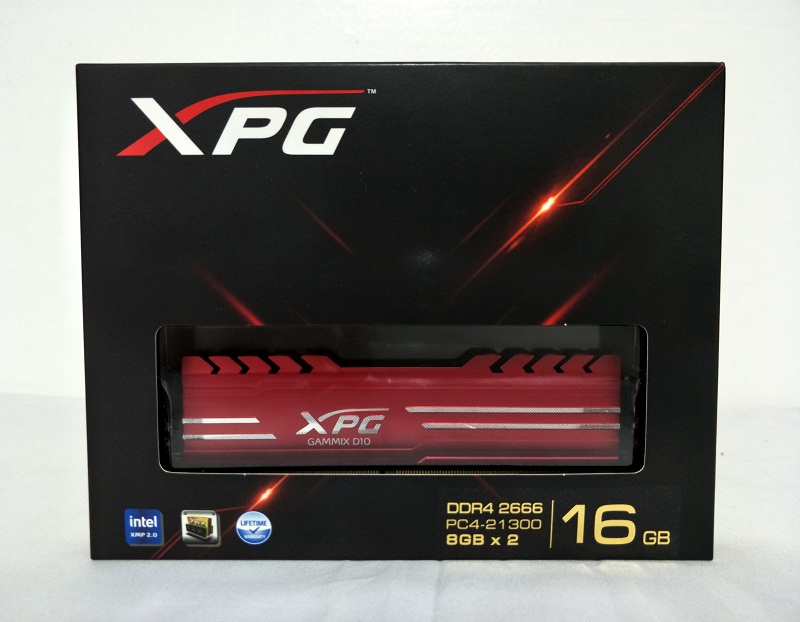 While it doesn't have the bells and whistles of an RGB-equipped memory module, the ADATA XPG Gammix D10 is true to its XPG branding. Armored in a fierce-looking, serrated heatsink for cooling, the true power of the Gammix D10 is unleashed when you overclock it, bringing noticeable gains in memory bandwidth, writing performance, and latency reduction.