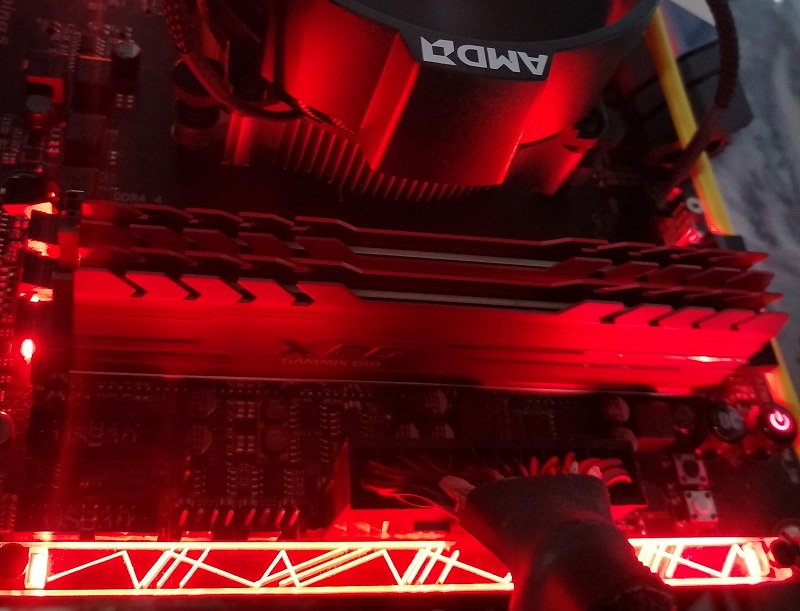 With a height of 3.6mm, the Gammix D10 memory modules have a lower profile versus other DDR4 memory modules. Users will never have an issue installing a bulky CPU cooler with a wide fan and heatsink assembly as the memory modules will not cause obstruction because of their lower height. In addition, while the Gammix D10 was promoted during the time when the Intel X299 platform was just launched, that doesn’t mean that AMD fanboys are not welcome to join the party. In fact, it worked well in our AMD-based test bed.

Our test bed consists of the following:

Here are the benchmark applications that we used: 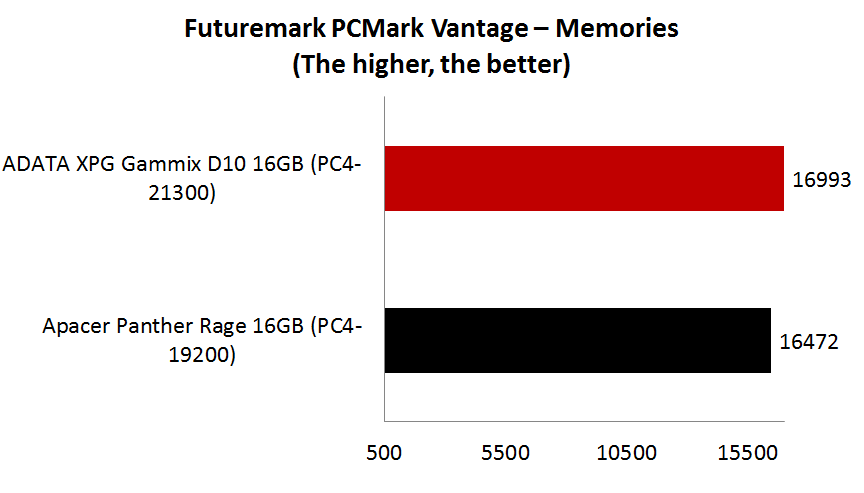 PCMark Vantage is an old benchmarking application from Futuremark, but we decided to add it to our array of tests as it has a section dedicated for memory testing. For the purpose of comparison, we put the Gammix D10’s score side by side with that of the non-LED version of the Apacer Panther Rage 16GB, in spite of the fact that the latter has a lower default memory clock at 2400MHz. (We do not have other memory modules to test at the time of writing.) As expected the, the 2666MHz Gammix D10 got a higher score.

Moving forward to PassMark’s Memory Mark Read and Write tests, the Gammix D10 is still leading. Of course, the advantage of ADATA’s entrant is its faster memory clock. 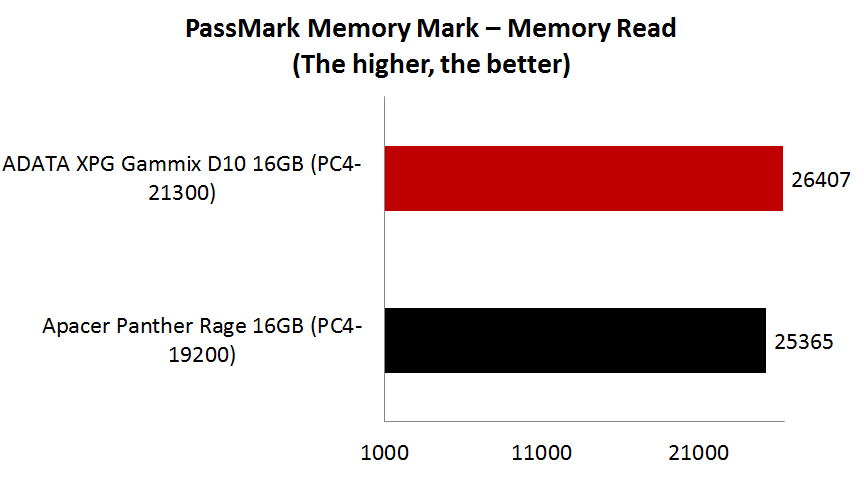 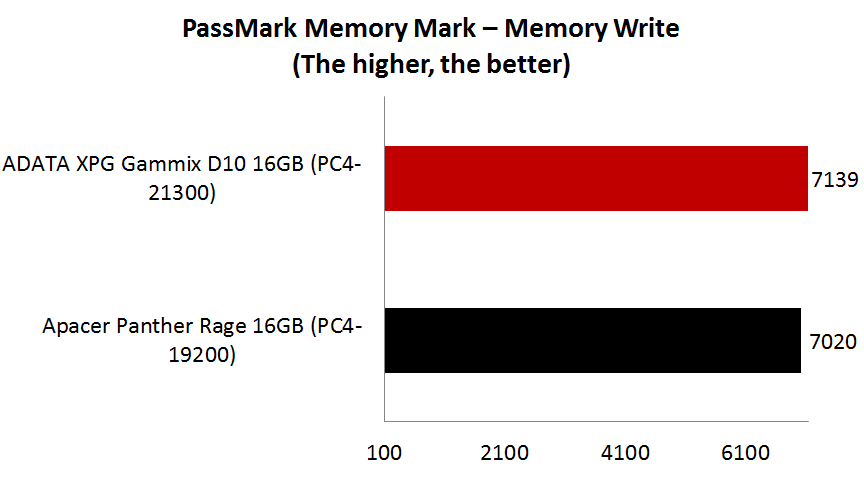 SiSoft Sandra provides a little bit more comprehensive suite of tests. Starting off with memory bandwidth, the Gammix D10 is ahead but with a very small margin compared with the Panther Rage. It actually reflects the performance of the two memory modules in a real-world usage scenario, wherein it is hard to notice the difference between the time when you are already creating or consuming content. 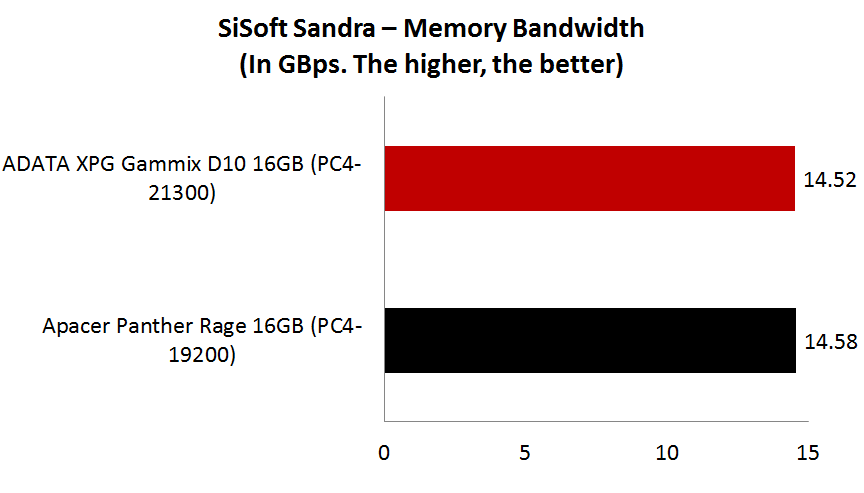 When it comes to memory latency, we should be looking at the smaller number. In this case, the Panther Rage took the lead, but the difference is unremarkable. Nevertheless, most of SiSoft Sandra’s latency tests are owned by the Panther Rage. 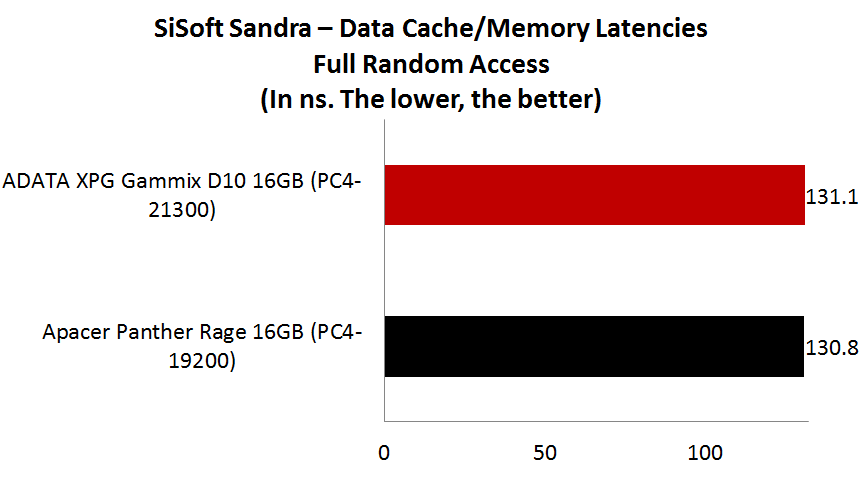 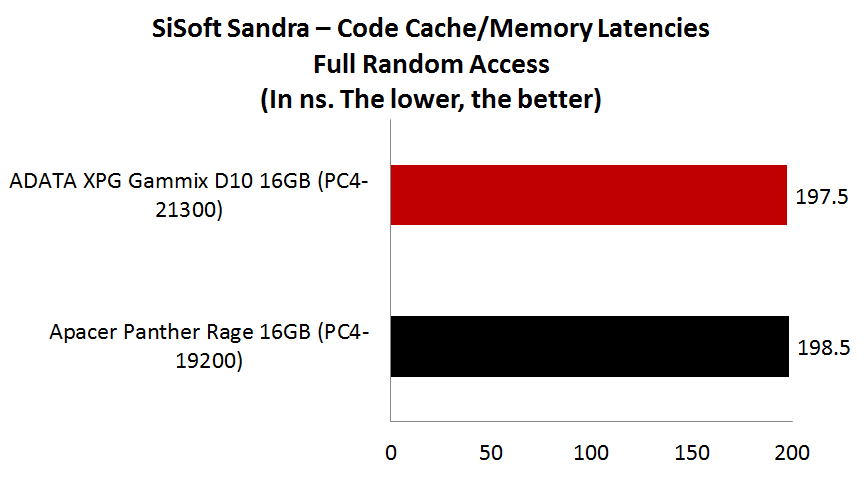 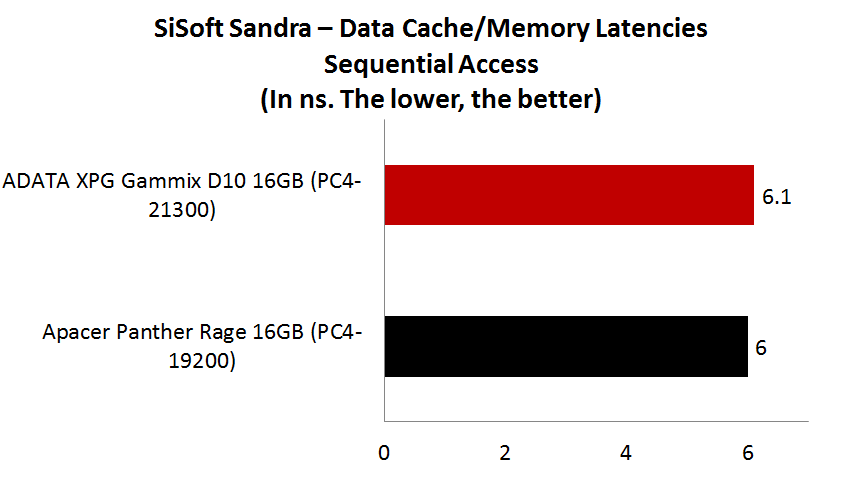 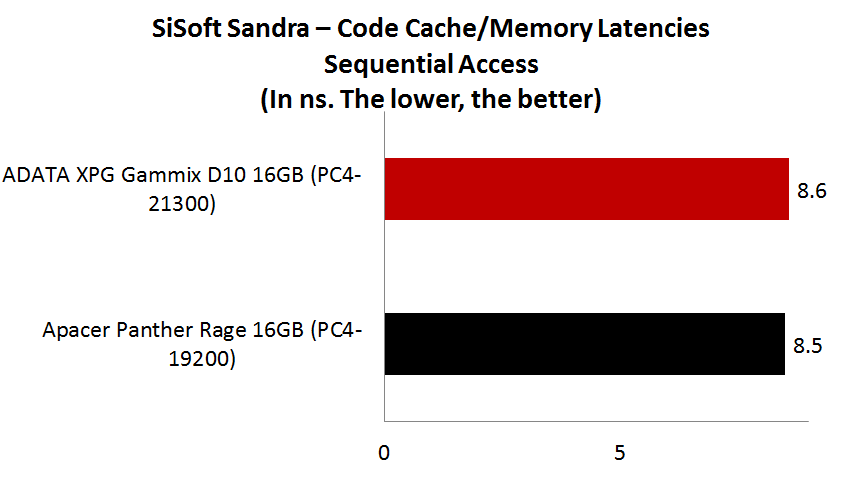