It Changes The Way You Look at Tablets (Literally) 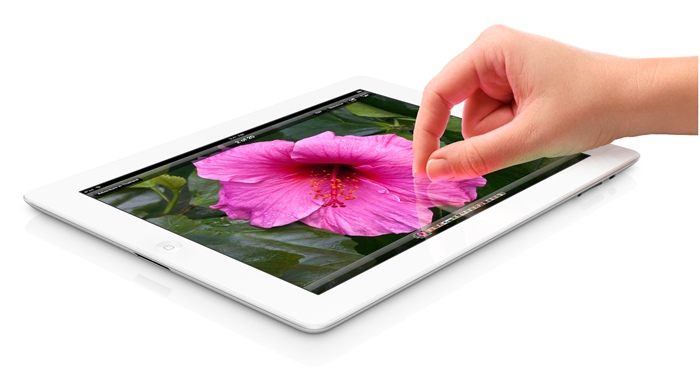 2011 was the year of the Android tablets, a time when manufacturers mounted a full-scale assault on Apple and its iPads with tablets of different form factors. ASUS brought innovative concepts to the table with products like the Eee Pad Slider that comes with a slide-up keyboard and the Eee Pad Transformer which features an optional keyboard docking station. Sony also came up with an unconventional design for its wedged-shaped Tablet S. On the other end, Samsung unveiled the Galaxy Tab 10.1 which is thinner (8.6mm) and lighter (565g) than the Apple iPad 2.

Despite these engineering feats and innovations, the Android camp failed to match up to what the iPad 2 had to offer when it comes to smooth user experience and a robust apps ecosystem. There is without a doubt that the iPad 2 continued to be the leader of the pack throughout 2011, clinching the Best Tablet Brand and Best Tablet in our Reader's Choice and Editor's Choice respectively of our HWM + HardwareZone.com Tech Awards 2012 mega event that pays homage to the best of computing and consumer electronics segments.

Now in its third generation, the Apple iPad plans to extend its lead over the others with its high resolution 2,048 x 1,536 pixels display, an A5X dual-core processor with a quad-core graphics processor unit, larger battery capacity and a better 5-megapixel rear camera module. Having covered all the key features and interesting news surrounding this new iPad, we took time to really get cozy with it and detail you our verdict in this review.

To be frank, we weren't surprised that the latest Apple iPad followed the footsteps of its smaller sibling, the iPhone 4S by retaining almost the same look as its predecessor. By now, consumers should know that Apple will stick to a formula that works until proven otherwise. The only physical differences between the new iPad and the iPad 2 are its weight and thickness. We put that to the test by asking people if they were able to differentiate between the new iPad and iPad 2:

While few will mind the minimal increase in thickness, most users might be concerned with the 49g weight increase of the new iPad. At 662g, the third generation iPad does feels a bit heftier especially when you hold it in one hand as compared to the iPad 2. For those who are very particular about the weight of a tablet, here's how the new iPad fares against the Android camp of slates:

If you are wondering why the new iPad is thicker, it is due to the fact that it comes with a larger battery capacity, mainly to power the high resolution 9.7-inch Retina display. Nevertheless, the new iPad still feels very sturdy due to the aluminum body. 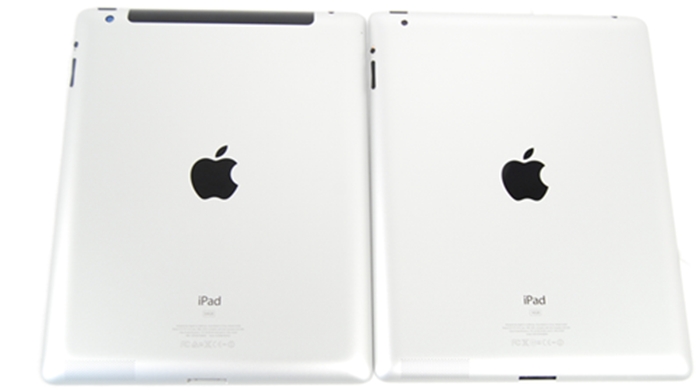 Launched together with the new iPad is iOS 5.1, the latest update to Apple's mobile operating system that runs on the iPad, iPhone and iPod touch devices. According to Apple, iOS 5.1 offers new features such as: 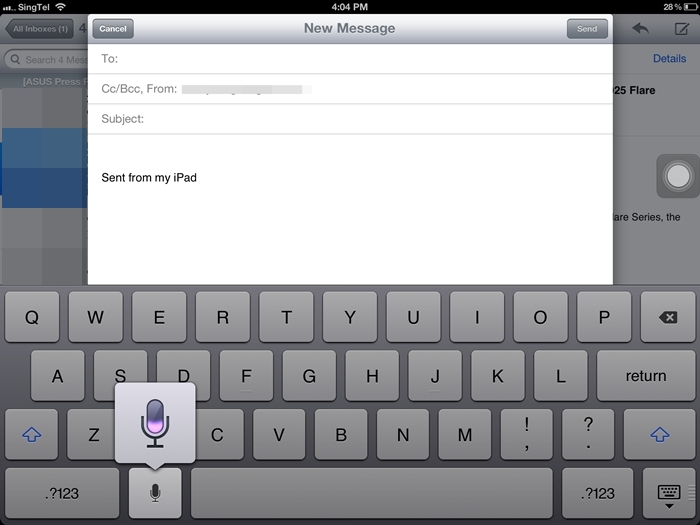 If you are hoping for Apple's intelligent digital voice assistant, Siri to make an appearance on the new iPad, you will be disappointed to know that it remains as an exclusive feature on the iPhone 4S.

The new iPad will however be equipped with voice dictation, which allows you to send email, search the Internet or update Facebook status via, well, your voice. One limitation of the feature is that the voice-to-text translation is not real-time in nature; you have to tap on the microphone icon for the iPad to translate whatever you have said into text.

So how accurate is the voice dictation on the new iPad? We did some testing to see how it fares with our accent. An Android 4.0 tablet with a similar voice dictation feature is tossed in as a comparison. The text to dictate? “The quick brown fox jumps over the lazy dog.”

The camera shortcut on the lock screen is nothing new. We have seen this feature on the HTC Sense 3.0 and later versions. Most recently, Android 4.0 has also adopted it, as you can see on the Samsung Galaxy Nexus and ASUS Transformer Pad Prime. 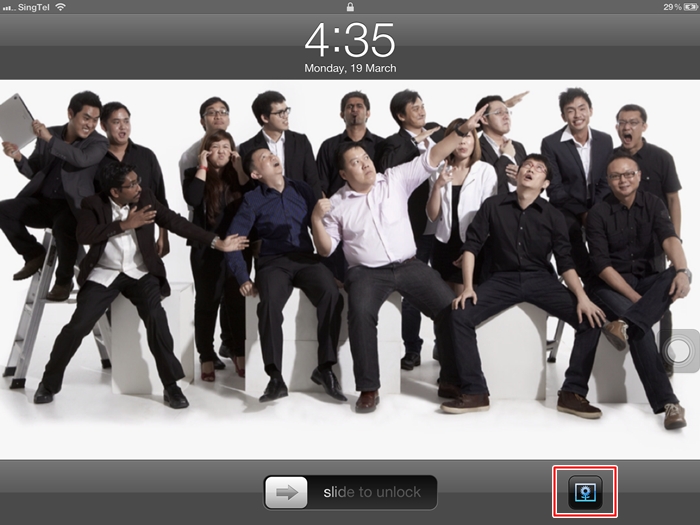 Unfortunately, you will not get the camera shortcut on the lock screen of the new iPad. In its place, you will get a feature called Picture Frame which turns it into an animated picture frame on the lock screen. You have a variety of Settings to play around with such as transitions, shuffling, duration of each photo and which albums, photos or events to show.

A long overdue feature, face detection finally arrives on iOS devices including the new iPad. With face detection enabled, the camera can locate the people in the shot and adjusts the focus accordingly. This will be handy in taking group photos such as gatherings. To demonstrate this, here's a photo of the iPad's screen as it points on our monitor detecting our teammate's faces from our blog section on the website. 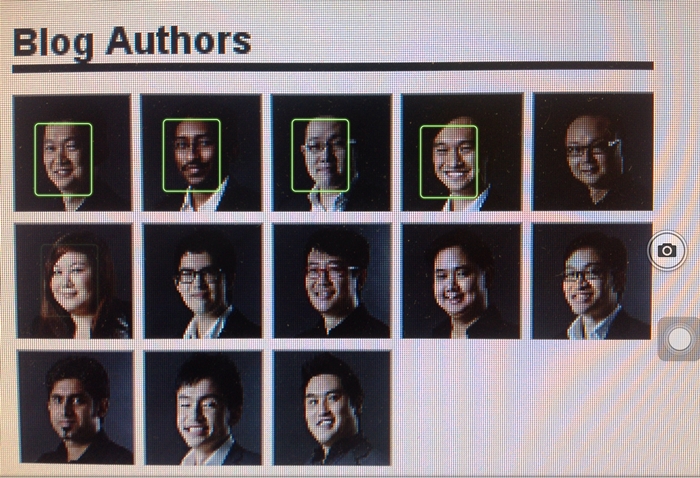 An improved display with a resolution of 2048 x 1536 pixels on the new iPad means that some developers have to upgrade their apps and take advantage of the higher resolution. To drum up the iPad's Retina Display, announced along with the iPad is a list of Retina-ready apps on the iTunes store - you can check out the list of the apps here.

As it takes a substantial amount of time to upgrade existing apps with larger images and better resolution, do check back with the iTunes store for new additions and updates. 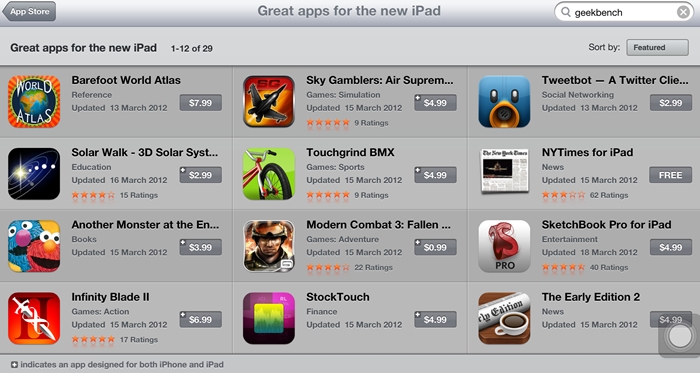 The graphics quality boost in apps does have its trade-off - the updated apps see its file size increased up to five times. For example, iMovie has increased from a mere 70MB to 404MB while Pages has tripled from 95MB to 269MB. It is no wonder that graphics-intensive apps such as Infinity Blade II have file sizes as large as 791MB.

Considering the much larger app file sizes, consumers may have to reconsider their purchases if they are planning to get the most affordable 16GB model. We recommend taking up a higher storage capacity as it's definitely a safer bet for anyone who avidly games, watches movies and listens to music on the iPad. Even if one doesn't see themselves indulging in many apps initially, we reckon that they would eventually succumb to it. Bearing in mind that there's no expandable storage option unlike many Android tablets, it is even more essential to make the right purchasing choice.