The iPhone SE is armed with the same A9 processor and 2GB RAM found inside the iPhone 6s. It also has the same integrated M9 motion co-processor, which means you can use the "Hey Siri" voice prompt to activate Siri whenever you want.

SunSpider JavaScript measures the browsing performance of a device when processing JavaScript. It not only takes into consideration the underlying hardware performance, but also assesses how optimized a particular platform is at delivering a high-speed web browsing experience.

Safari has always been well optimized for Apple's devices and it continues to perform well with the SE, which was actually slightly faster than the 6s and 6s Plus. In actual usage, web browsing and interface navigation was fluid and fast, although obviously the actual experience isn't as good as it is on the 6s, due to the smaller display. 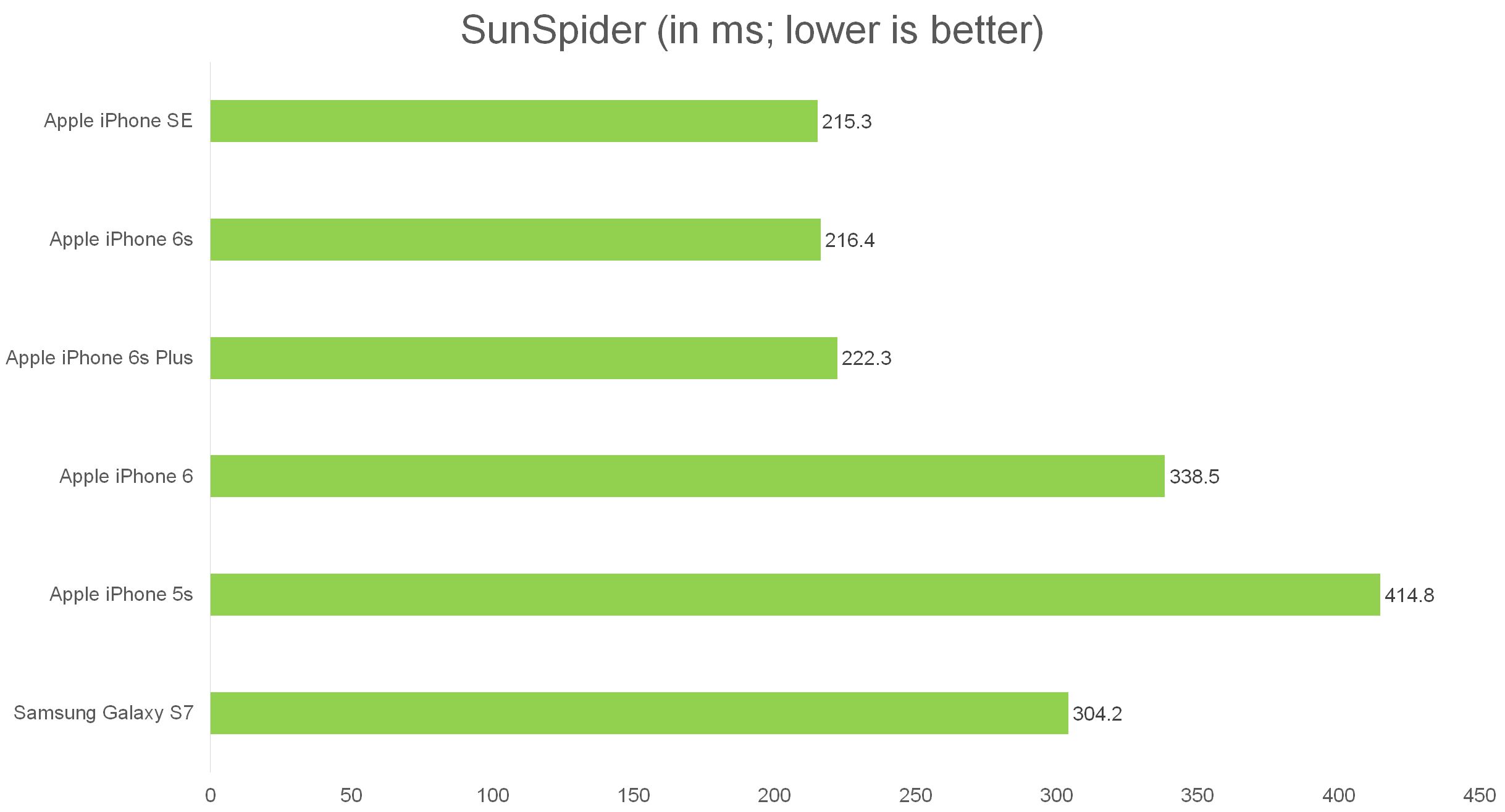 3DMark Ice Storm is designed to test the gaming capabilities of a device, putting its GPU through a rigorous OpenGL ES 2.0 benchmark test that uses fixed off-screen rendering with high quality textures and post-processing effects. The Unlimited version of the benchmark disables v-sync, display scaling and other OS factors, making it ideal for chipset comparison.

The SE was again equal to the 6s and 6s Plus on this benchmark. If you want to know just how much more powerful the SE is compared to Apple's last 4-inch phone, it nearly doubled the iPhone 5s' score. 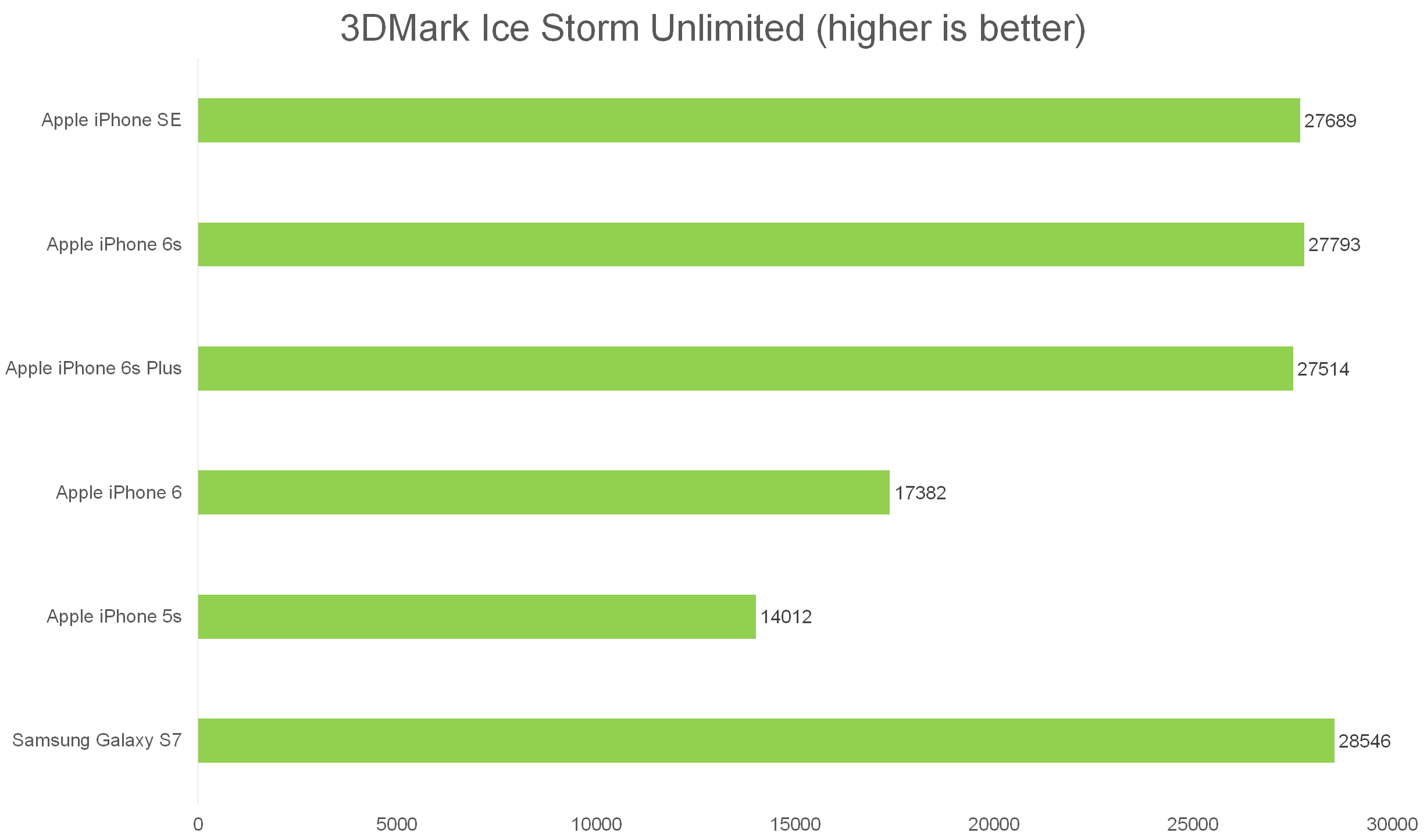 The iPhone SE's rear camera has been upgraded to the same 12-megapixel, 29mm, f/2.2 module you'll find on the back of the iPhone 6s. And, because the phone itself is a little thicker, there's no camera bump this time round. Like the 6s, you can take Live Photos with the SE, which will record 1.5 seconds of video footage, complete with audio, before and after you hit the shutter button, letting you play them back later like short gifs.

Unfortunately, the front camera hasn't been upgraded, and is the same 1.2-megapixel FaceTime camera that came with the iPhone 6 and 5s. It's adequate for FaceTime video chats - helped by the fact that the display is so small - but selfies tend to look a little blurry.

Image performance from the rear camera was excellent, and photos are indistinguishable from those taken with the 6s. Color reproduction was accurate, and details remain sharp throughout the picture. Having said that, it's not as easy to take good photos with the SE as the 'viewfinder' is tiny. 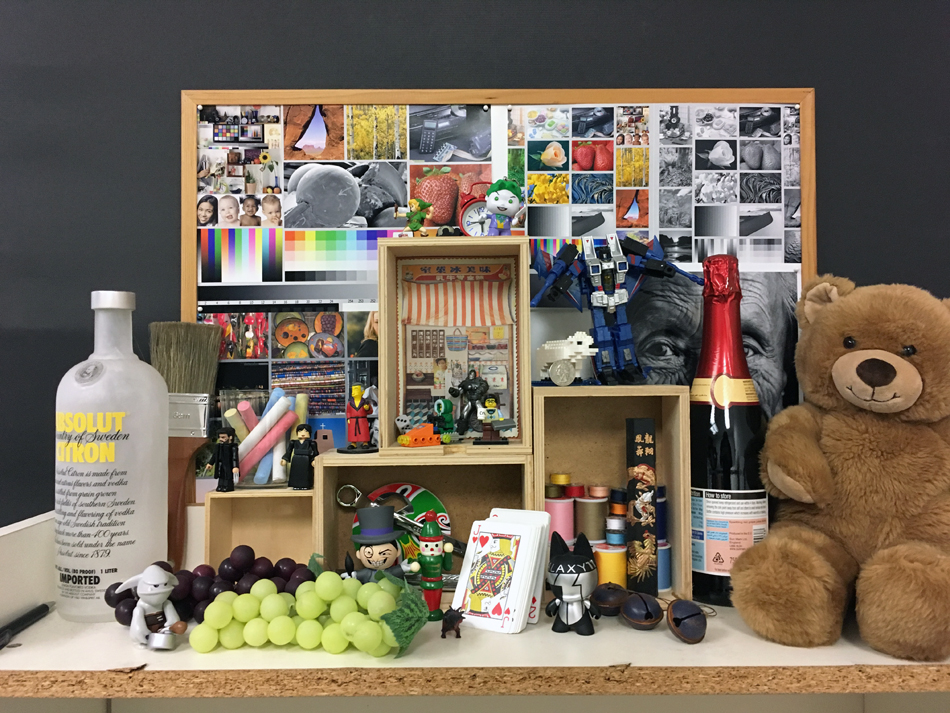 The iPhone SE has a 1624mAh capacity battery, which is quite small by today's standards. Fortunately, thanks to a combination of its power efficient A9 processor and undersized display, the SE easily outperformed Apple's other iPhones, lasting 11 hours and 42 minutes in our video looping benchmark. In daily usage, we also found the SE lasting far longer than my 6s. By the end of a full work day, battery life was usually around 50 percent, whereas on the 6s, it would easily have dropped to 20 percent or lower. 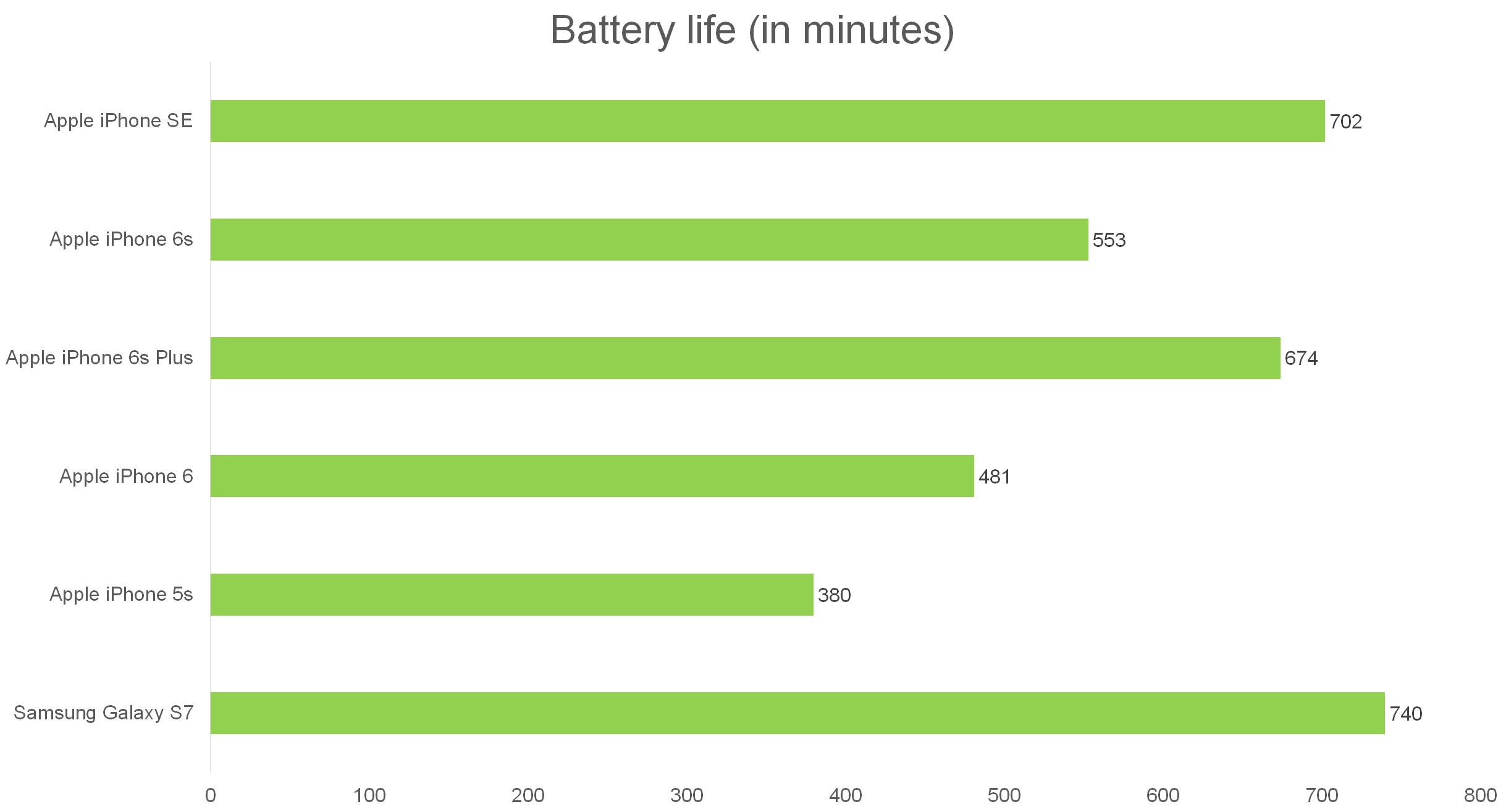 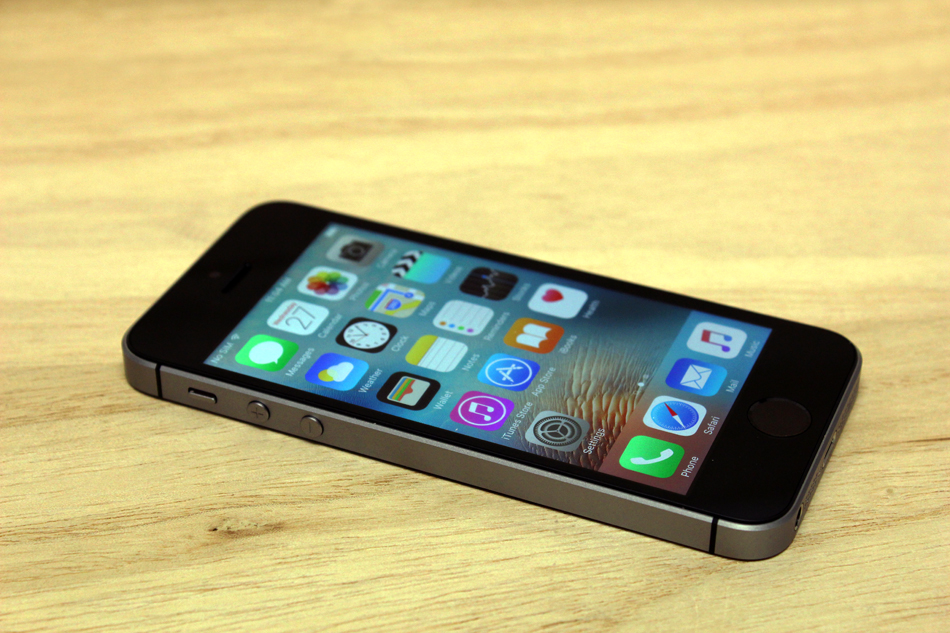 The iPhone SE nearly has it all, great performance, long battery life, fantastic camera, attractive design, and affordable price. In fact, the only thing it doesn't have is a big screen. For all the people still holding onto an iPhone 4 or 5 because you like having a phone that you can actually use in one hand, this is the phone you've been waiting for. Go out and upgrade right now. And, if the SE does well, maybe in a year or two, Apple will introduce the iPhone SE 2 (iPhone SEs?).

The way we use our smartphones today - reading websites, sending messages, watching videos, viewing pictures on Instagram and Facebook - all benefit from a larger display. On the SE's tiny display, Instagram shows one picture at a time, which means a lot of scrolling. This isn't the same smartphone Steve Jobs was talking about back in 2010 when he said no one would want a big phone. Back then, people spent a lot less time looking at their smartphones. Now, we probably spend more time looking at our phones than anything else we do. Just look around you on the train. And looking further forward, it's only going to get worse (or better depending on how you look at it). With virtual reality and the Internet of Things, you're going to be looking at your smartphone display more and more, and that means you will want a big screen. The iPhone SE may be perfect right now for people still resisting large displays, but it's only a matter of time until you upgrade, and, when you do, you'll wonder why you didn't do it sooner.