More of the Board

Besides featuring LucidLogix Virtu MVP to add boost to graphical computing needs, the board's Z77 chipset supports Intel Smart Response Technology that will enable the system to fetch data from cache that is stored on a SSD. This will improve system performance versus a standard system if it needs to fetch data from its HDD. This caching technology is controlled by software from Intel. ASUS have also featured its own SSD Caching technology on this board for added measure. Is this an overkill on ASUS' part or the board manufacturer wanting to let users have an alternative to Intel Smart Response Technology? We laud ASUS for the latter to give users their preferred option.

Moving on to the hardware components of the board, as ASUS P8Z77-V is the deluxe version of this series, so we expect to see the makings of a pretty high-end board.

From the housing for the video ports, we see a DisplayPort at the bottom of the stack. The board features dual-Gigabit LAN ports as well USB BIOS flashback as a nod to overclockers and power users. With this feature, these users can flash the BIOS without ever having to enter the UEFI BIOS or operating system. 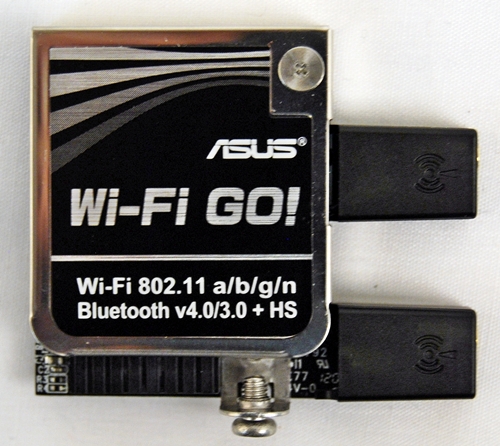 We are somewhat impressed with ASUS P8Z77-V Deluxe on first looks. It has the usual offerings of a high-end board and it brought back memories of our past experiences (ASUS X79 motherboard technical seminar and our review of ASUS P8Z68-V Pro) with similar offerings from ASUS. Until the official launch of the 3rd-generation of Intel Core processors, we can reminisce those pleasant memories till we are able to put the board through its proper paces to see if it lives up to our expectations. So stay tuned to more developments later next month.