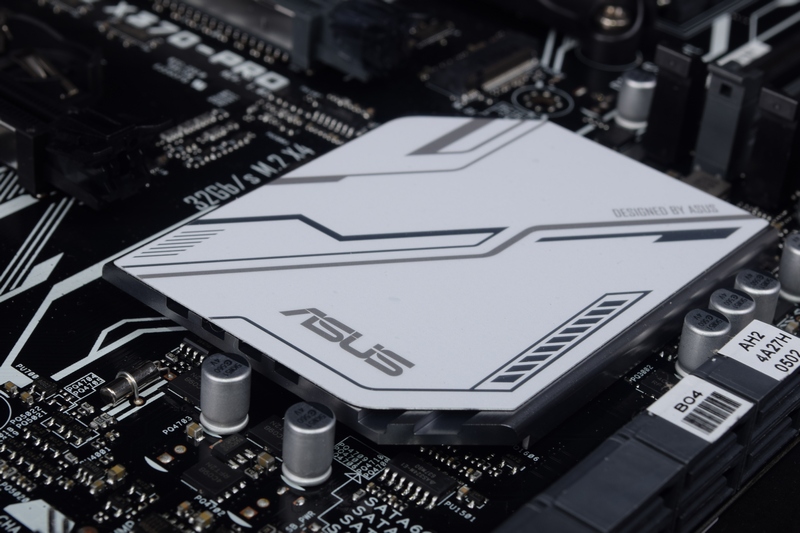 Ever since the arrival of AMD’s Ryzen processors, they have taken the world by storm by their great price-to-performance ratio compared to the competition. CPUs, however, are only one part of AMD’s revolution. 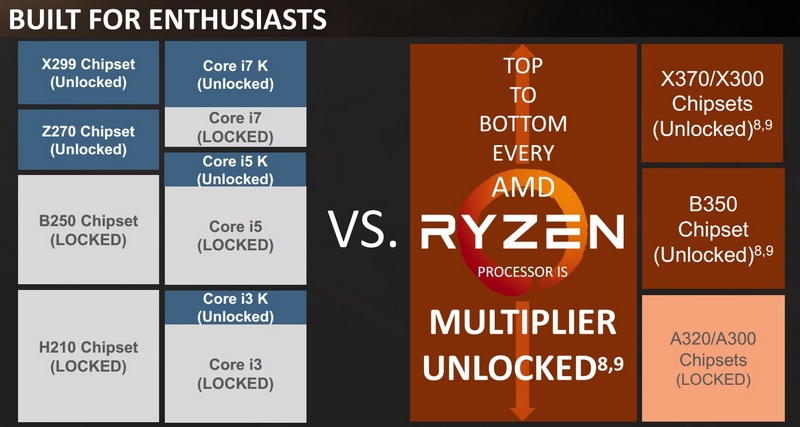 Alongside the Ryzen processors is their AM4 platform. Meant to house AMD’s Ryzen processors, the new AM4 platform, interestingly enough, was developed by ASMedia. It consists of five chipsets that can be paired with the new 1331 socket. The new 1331 socket for Ryzen CPUs still use PGA (Pin Grid Array) instead of LGA (Land Grid Array), which means that the pins are still connected to the CPU instead of the pins on the motherboard.

This new platform also unifies the existing and upcoming processors for AMD. Thus, you won’t need to change your motherboard if you’re going to use a Ryzen CPU or the upcoming “Raven Ridge” APUs, which are also based on AMD’s Zen architecture.

The brand new chipset supports all the bells and whistles that a top-end PC should have such as NVMe PCIe 3.0 x4, SATA III, SATA Express, Dual Channel DDR4, native USB 3.1 Gen2, and more. Check out the table below to see how AMD’s new chipsets compare against each other.

The AM4 platform also uses a new heatsink mounting system. A wider bolt-through mounting pattern has been implemented to accommodate the additional pins of the socket 1331 compared to AMD’s previous chipsets. You would still be able to use older clip-style coolers, but for aftermarket coolers that have their own proprietary mounting system, you would need to purchase a new cooler or you can contact the brand of your cooler to see if they can send you an AM4-compatible mounting system.

Now that the AM4 platform has been introduced, let’s take a look at one of ASUS’ newest X370 motherboards, the Prime X370-Pro. You can check out the motherboards complete specifications on the table below: 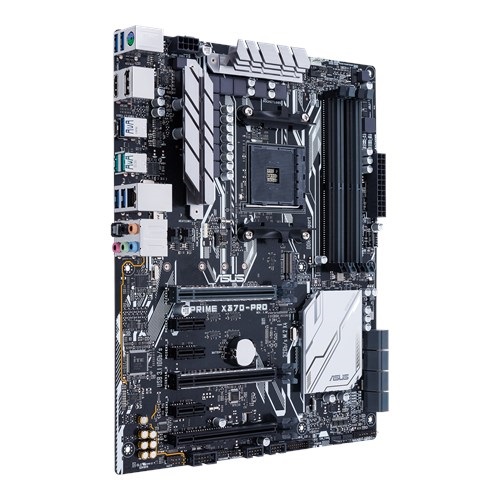 Write a Review
Compare This | Specifications
X370 Support
Plenty of USB support
Support for 2-way SLI or 3-way Crossfire
NVMe compatible
Lacks U.2 and SATA Express
Color may be a turn off to some