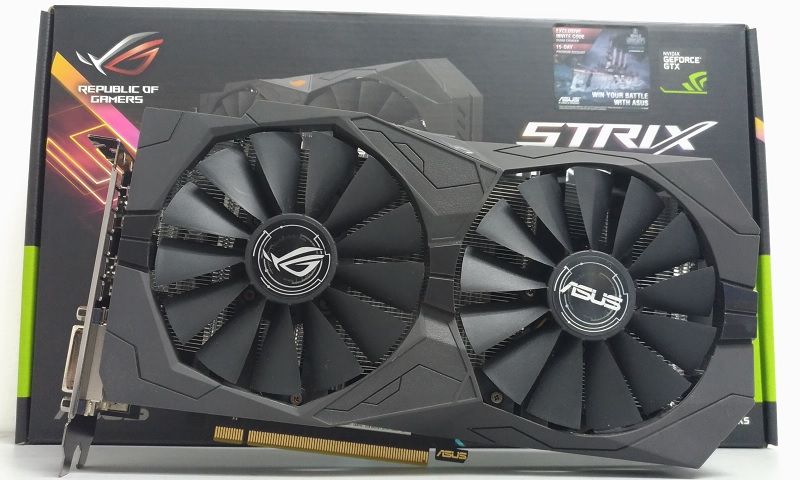 With NVIDIA’s big cards out of the way (i.e. GTX 1080 and GTX 1070), it’s time for them to focus on the more budget-conscious gamer. With the GTX 1060 still being a relatively expensive purchase for those who have a tight budget, they have now released their GTX 1050 Ti and GTX 1050 GPUs for the masses. Today, we’ll be taking a look at an aftermarket version of the GTX 1050 Ti in the form of the ASUS Strix GTX 1050 Ti.

Still based on NVIDIA’s Pascal architecture (GP107), the GTX 1050 Ti uses a 14nm FinFET manufacturing process. As such, it is armed with 768 CUDA cores, 48 texture mapping units (TMU), and 32 raster operations pipeline (ROP) which reaches peak performance of 2.1 TFLOPs.

With NVIDIA’s Pascal architecture becoming more efficient than previous architectures, the GTX 1050 Ti only has a TDP of 75W which is enough for the card to run on the current supplied by the motherboard. However, the ASUS Strix GTX 1050 Ti has a supplementary 6-pin PCIe power connector presumably for better overclocking as well as more efficient power delivery. Like most cards in ASUS’ Strix line, it comes with their DirectCU II cooler that claims to run 30% cooler and 3X quieter than a reference card. Of course, their 0dB (passive mode) is also supported by the ASUS Strix GTX 1050 Ti. AURA RGB LED lighting is also included for people that want to light up their rig. 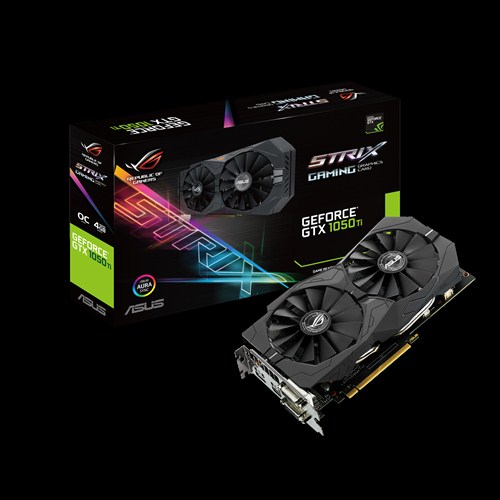