In order to test the capabilities of the ASUS Strix GTX 1050 Ti, we plugged it to our test bench which consisted of the following:

We used the following programs to benchmark the card: 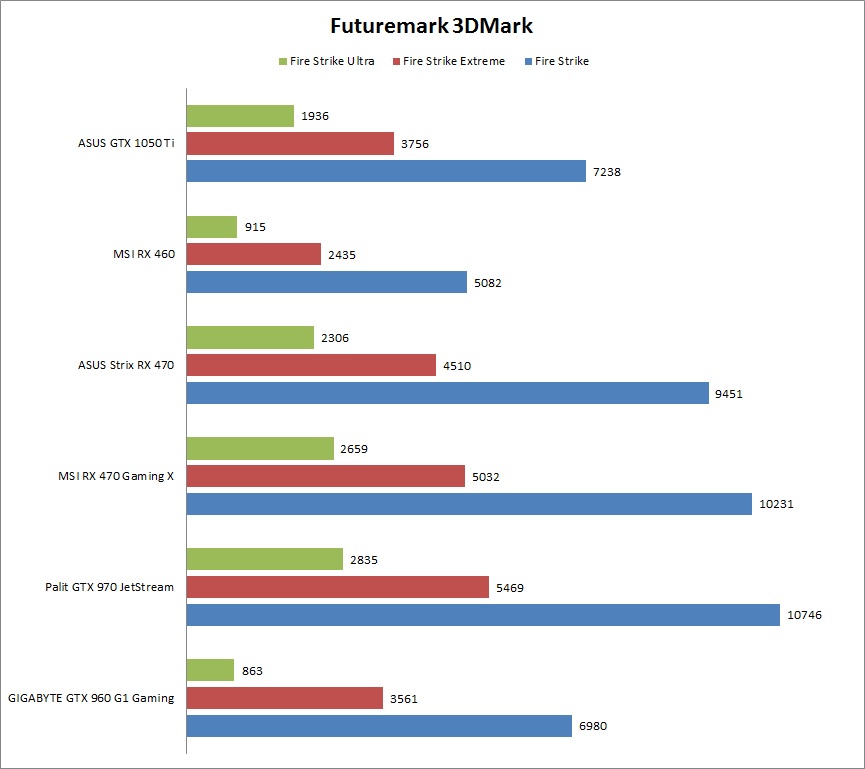 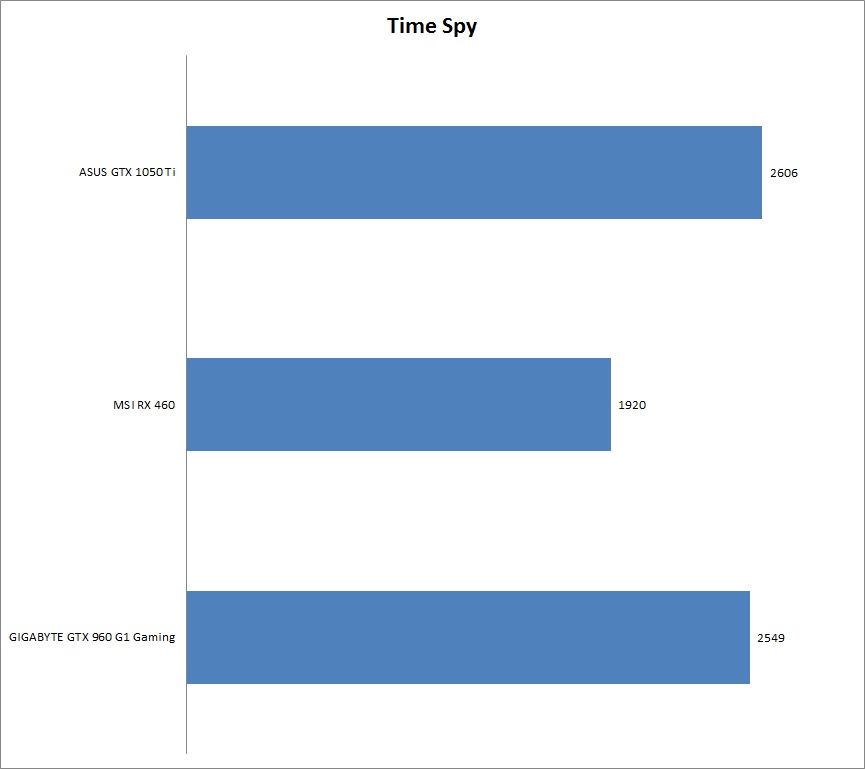 Much like 3DMark, Time Spy showcases the capabilities of the low-overhead DirectX 12 API. 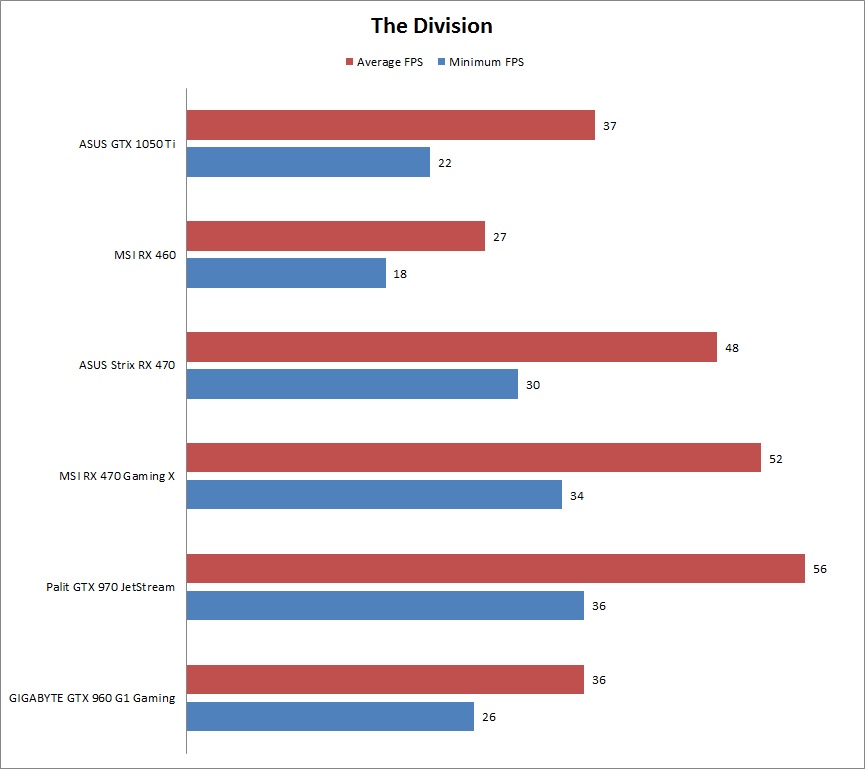 The Division is the most recent lineup of Tom Clancy games from Ubisoft. The online, open world, third-person shooter takes place in the desolate city of Manhattan where an unknown virus has struck. We used Ultra quality settings at 1920 x 1080 with VSYNC turned off for our benchmark.

Rise of the Tomb Raider 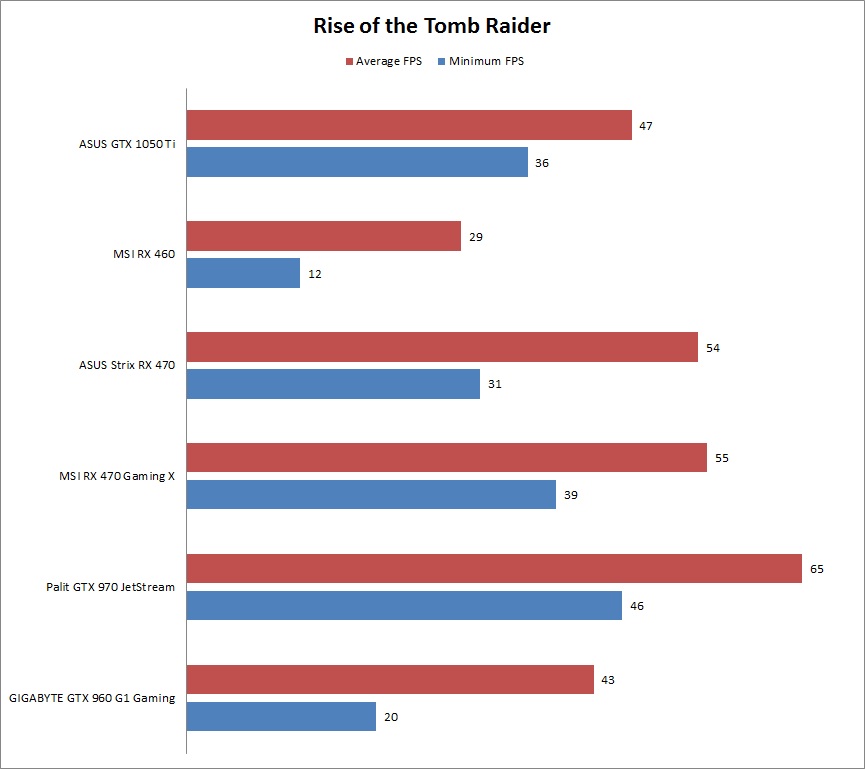 A follow-up to the reboot of the series, Lara is now searching for a lost treasure that her father was investigating before his passing. Following the same gameplay as Tomb Raider reboot from 2013, the Rise of the Tomb Raider is a worthy title under the Tomb Raider series. This was tested at Very High preset with FXAA at 1920 x 1080 (DX11). 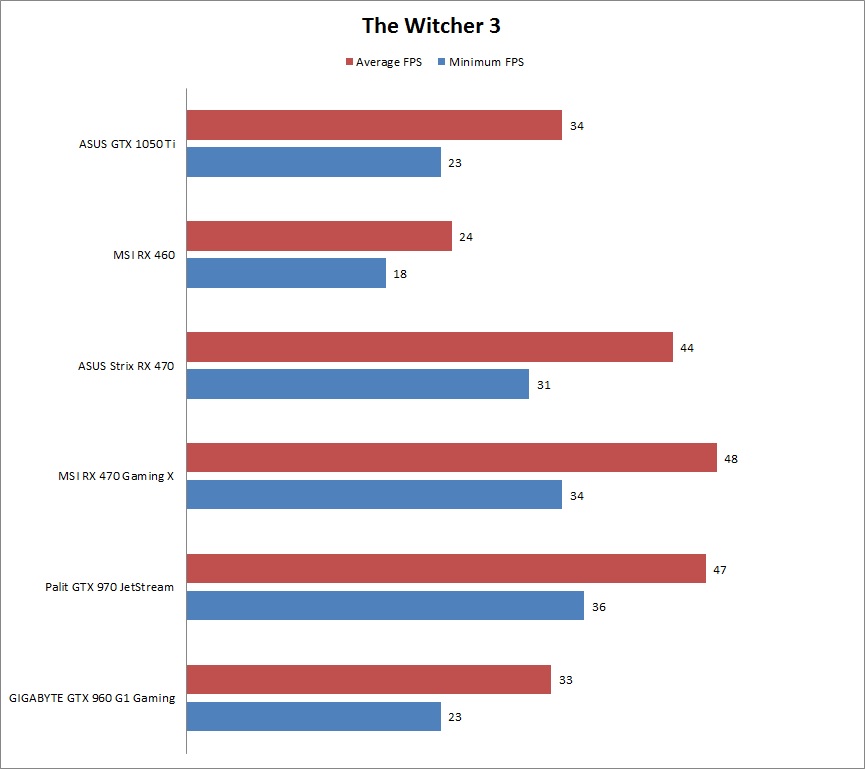 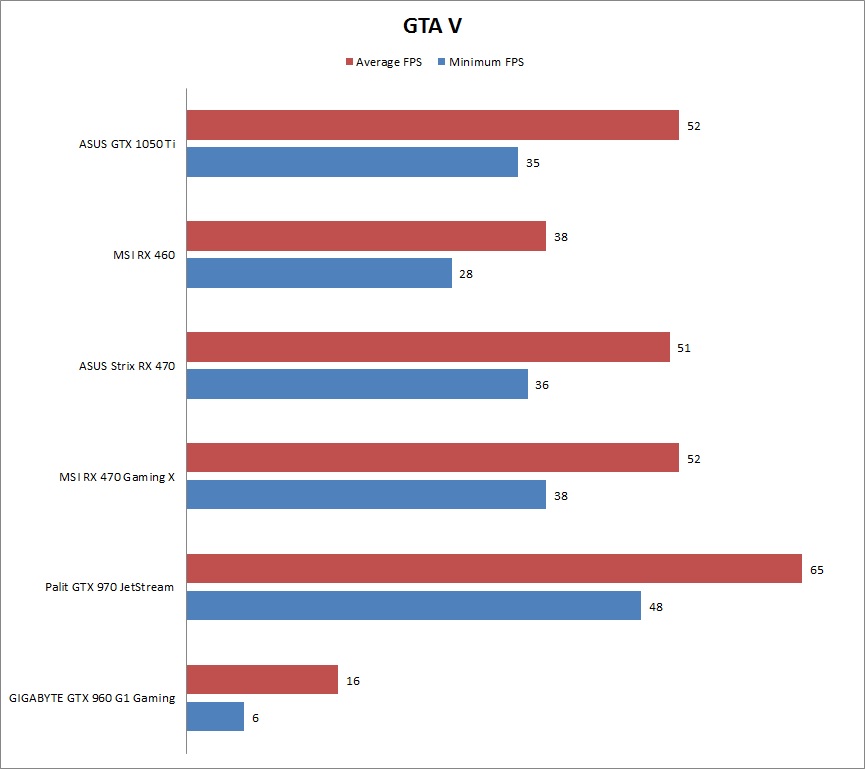 Initially released for PlayStation 3 and Xbox 360, Grand Theft Auto V was ported to the PC back in November 2014. Despite its age, the open world, action-adventure game from Rockstar North is still beautiful to look at. We used the Very High settings at 1920 x 1080 to benchmark our cards. 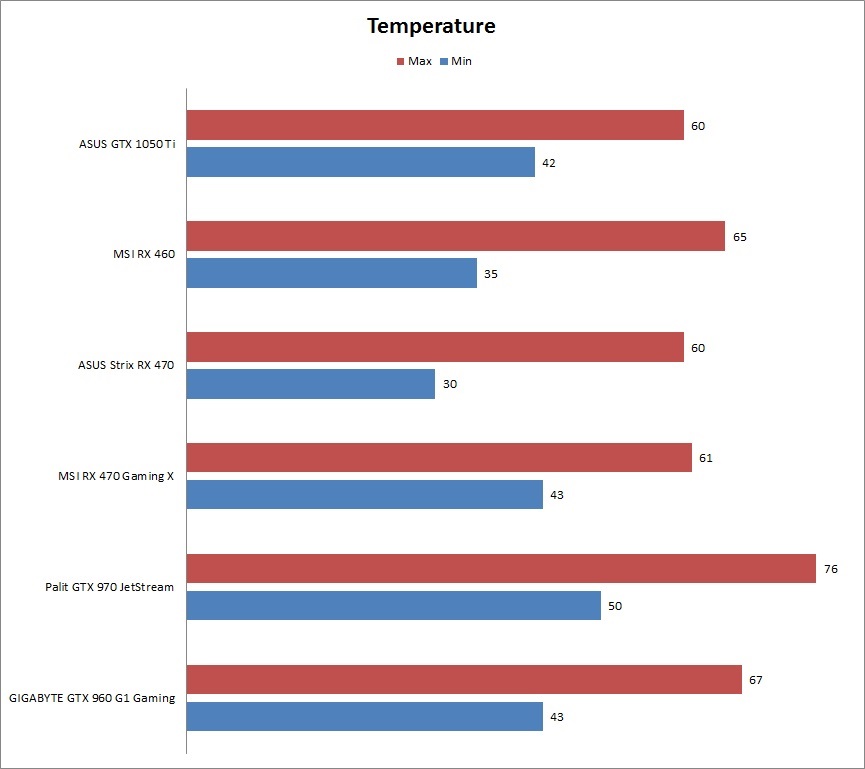 As a 75-watt card, the ASUS Strix GTX 1050 Ti should run cool; and it did just that. Due to the DirectCU II cooler with its patented wing blade fans and passive mode, the card ran at 42°C without the fans turned on and the temperature equalized at 60°C without the fan being noticeable to the ear.