What is the ASUS Transformer Book Trio? 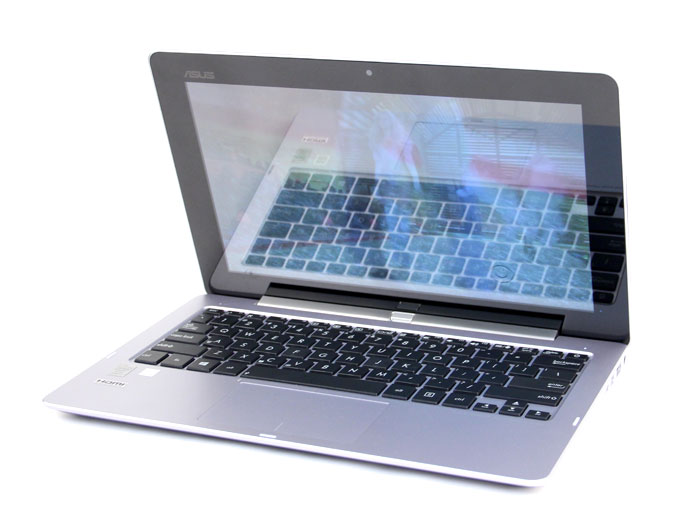 ASUS first introduced their concept of transforming a tablet into a notebook, with the ASUS Eee Pad Transformer Android tablet. Essentially, it was a tablet that you can latch on a keyboard dock, thus turning it into a laptop-like device. Apart from the keyboard dock doubling up as an extra battery slice, there wasn't anything else special. Even so, it was the first of such modular products and the concept proved to be fairly popular that it has spawned a whole line of "Transformer" products.

Now, with the advent of more powerful and power-efficient processors (with the latest being Haswell or otherwise known as the 4th generation Core processors) from Intel, the notebook industry is able to apply the concept of transforming Ultrabooks into tablets (and vice versa) onto their Windows 8 machines.

The latest ASUS machine (besides the Transformer Pad TF701T reviewed here) to feature the tablet with keyboard dock hybrid form-factor, is the ASUS Transformer Book Trio. However, unlike most hybrid Windows 8 machines out in the market, the Trio has an additional trick up its sleeve, or rather up its keyboard dock.

Instead of being just a keyboard with a battery, the keyboard dock is filled to the brim with Ultrabook components that power the device when it’s in Ultrabook mode. It has its own Intel Core U-series (i5 or i7) CULV processor, 4GB of RAM, and a 500GB HDD built-in (with options for up to 1TB storage available).

And as for the removable display, it is designed to be a standalone Android tablet with all the necessary components crammed behind its screen. Underneath the 11.6-inch Full-HD IPS display is an Intel Atom Z2560 processor, 2GB of RAM and even 16GB of storage (with options for up to 64GB).

When you combine the display and dock, the keyboard portion of the machine automatically turns it into a Windows 8 Ultrabook. However, even though Windows 8 is the dominant operating system when the two parts are combined, you can easily toggle between operating systems with a push of its dedicated OS switch button. 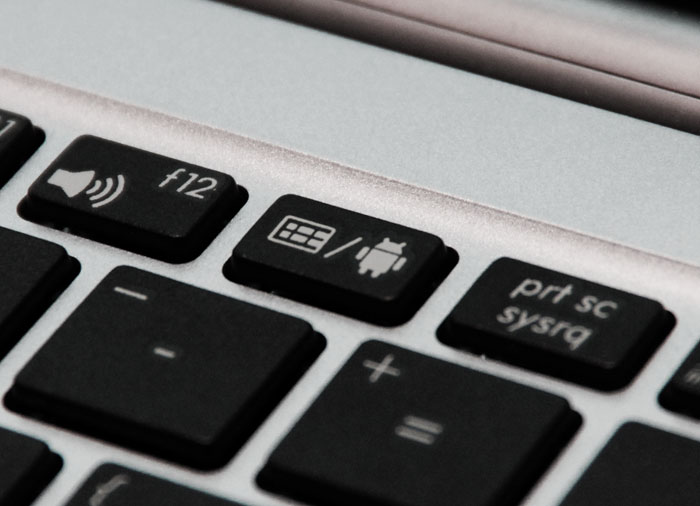 This method of switching between Android and Windows 8 is simple enough, but unfortunately, the implementation isn’t foolproof. There are certain quirks that we’ve found while using the device. Take note that pushing the OS switch button invokes a software based command that then proceeds to switch operating systems.

What’s more, we found that the button doesn’t work all the time. There are times when we tried to switch from Android to Windows 8 and all we got was a black screen. This is likely because Windows 8 on the keyboard dock has gone to sleep, and the software switch wasn’t able to wake up the system.

But of course, this isn’t a huge problem because the Trio isn’t all about switching between operating systems on the fly. Like we mentioned before, the keyboard dock has all the components needed to run like an Ultrabook.

And herein lies the Transformer Book Trio’s third and most useful transformation. Hook the keyboard dock (also called the PC Station) up to a monitor or TV, and you’ll have yourself a fully working Windows 8 desktop PC. So instead of having a traditional keyboard dock that’s useless by itself while you’re using the Trio’s Android tablet to stream some entertainment, you’ll be able to continue doing your work that you started when the machine was in Ultrabook mode on a larger screen. If you're a family person, the usage propositions increase as you've a spare system for someone else to use or pass on the Android tablet to your kid to have some fun. There's no end to the flexibility afforded by the Transformer Book as long you've no private information that's stored on it or you've managed that bit with proper restrictions such as with the use of guest accounts or by other means. 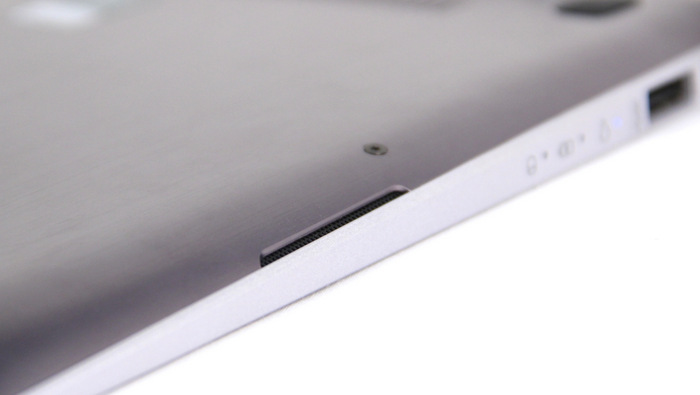 Also take note that both the dock and display come with their own speakers. The speakers on the dock are fairly loud; audio is clear and adequate enough for personal consumption of music and movies. However despite the Bang & Olufsen ICEPower branded audio system, we didn’t think that the speakers offered anything better than what other Ultrabooks are capable of.