The 600D isn't a revolutionary camera with breakthrough new technologies and innovations. In fact, it's more of an evolutionary camera, with a select few new features and refinements. It shoots using the same 18-megapixel sensor as the 550D and 60D, as well as full HD video at the same frame-rates. Features like Scene Intelligent Auto, Creative Filters and Video Snapshot have been added, all geared to appeal to the entry-level users. A new swiveling LCD screen provides more creative angles, and an integrated flash controller adds a dash of oddly professional specs into the mostly consumer mix.

Just because a camera doesn't introduce a lot of novelties doesn't make it a bad camera; both the 550D and 60D are solid performers in their own right, and it's no bad thing if the 600D takes after them. What matters then is asking just how the 600D stands on its own, and if it can find a space in the crowded entry-level/enthusiast DSLR camera market. That's what we intend to find out in this review. 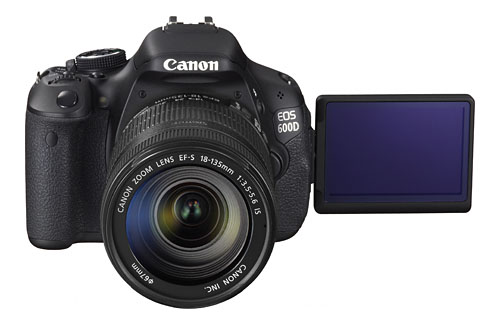