Although the 60D is smaller and lighter than the 50D, it's also no longer a metal body. It has a higher resolution sensor, but now uses SD rather than CF memory cards. ISO range has been extended to 6400 from 3200, and it features an articulated screen with a higher resolution than the 7D. The burst rate has dropped from approx. 6.3fps on the 50D to approx. 5.3fps. The joystick has been removed, but the wheel control on the back has been retained. HD video recording has been added. And the biggest clue that the 60D is being repositioned is the addition of creative filters like Soft Focus and Toy Camera.

But Canon hasn't skimped on the ergonomics of the 60D. Except for one detail which won't bother entry-level Canon DSLR users, the 60D handles beautifully. It has the top-facing LCD of the 50D, which displays helpful info at a glance, and the four single-function buttons along it give quick access to settings like AF mode and ISO. The Mode Dial now locks; a button in the center has to be pressed before you can turn it, and so modes won't get switched around by accident. 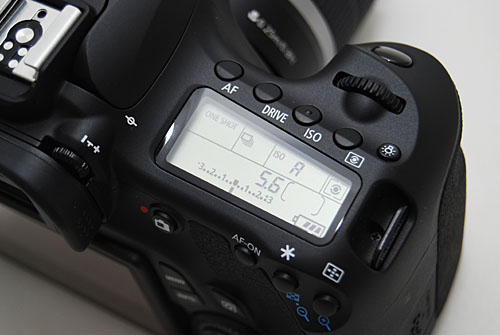 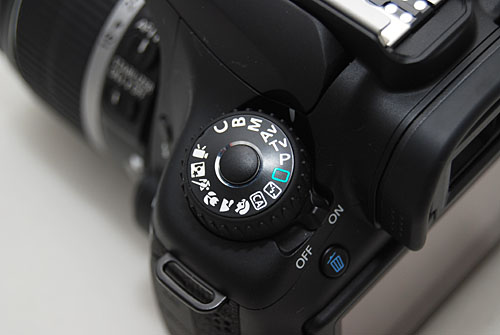 A new Live View button sits above the screen and toggles between the viewfinder and Live View on the LCD (similar to shooting with a compact camera using the screen). The same button becomes the Record button in video mode. The articulating screen vari-angle screen and Live View lets you shoot from more angles than before, and shooting from Live View feels responsive. The 60D feels solid, has a balanced heft and its textured grip helps you get a firm hold. A quick press of the Q button lets you gain access to and change settings using the main LCD screen, which is so vibrant it makes your previews look gorgeous. 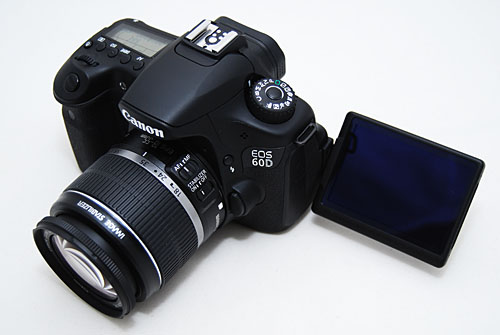 In short, the 60D is a dream to use - except when changing AF points manually. It's a two-step move; you have to press the AF-Point button on the uppermost right corner and then select the AF point either using the d-pad or the control wheel on top. Photographers familiar with entry-level Canon DSLR cameras will be used to this kind of handling, but 50D owners used to the missing joystick will find this troublesome. 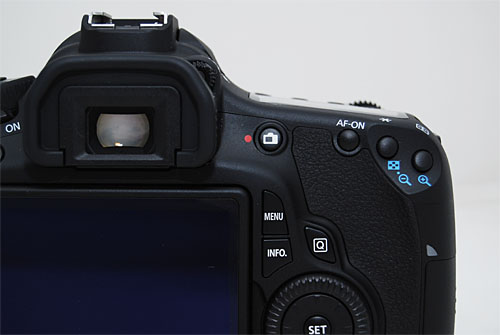