Back in October, Canon Philippines invited us to an intimate launch event at the EDSA Shangri-La hotel, where they introduced a bevy of new PIXMA printers to members of the local technology media. One of the standouts from the new lineup was the new “Ink Efficient” PIXMA E500 All-in-One printer. 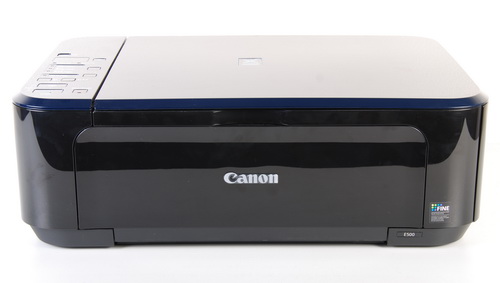 The reason why it stood out wasn’t for any fancy new feature or radical design, but for its astonishing frugality. Canon was proud to say that during their testing, the PIXMA E500 was able to print 1200 pages (800 black and white, 400 colored) with just a single pair of black and colored ink tanks. This came out to a per-page cost of just PhP 0.74 for black and white and PhP 1.74 for colored documents, as the cost of the PG-88 black tank costs PhP 595, while the CL-98 colored ink tank costs PhP 695. If you’ll notice, the prices of those inks are not too far from the cost of the ink cartridges from Canon’s main printer rival, HP. This pretty much debunks, at least for this model, the impression that Canon’s printers produce exceptionally good prints, but have expensive consumables.

On the outside, the PIXMA E500 certainly looks the part of a efficiency-focused appliance. It comes in an unassuming navy blue and black colorway, covering a pretty plain box with rounded corners and softened edges, that measures just 45cm wide and 15.2cm deep. Its design gives it a relatively small footprint and inconspicuous profile, especially when its paper tray is closed. The paper tray itself is bottom-loading, which does avoid the protruding bits of a top-loading design, but may lead to more paper jams. In our experience with it though, the PIXMA E500's sliding bracket did a good job of keeping the papers in place. As for controls, the buttons on the left side are pretty standard fare, only adding an extra button for switching between different types of paper. 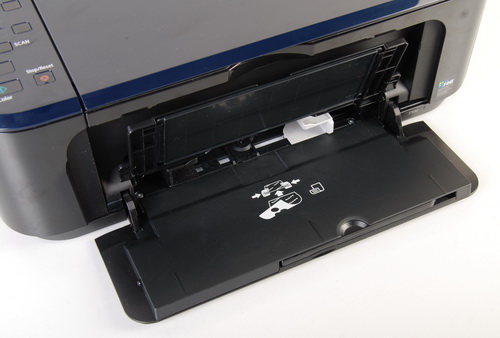 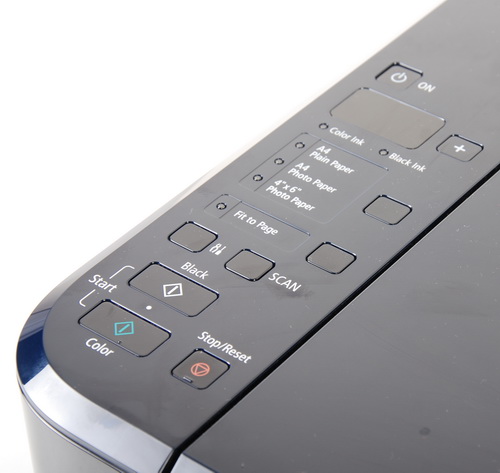 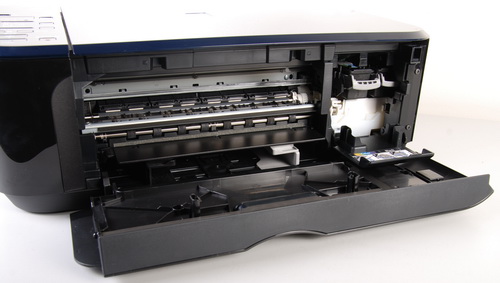