Last year, we wrote about Corsair’s plans to expand and diversify its business. Although memory remains to be one of Corsair’s core business, it has made significant inroads into other product categories such as SSDs and also gaming accessories. Their M- and K-series gaming peripherals are well received as well as their latest Neutron line of SSDs. 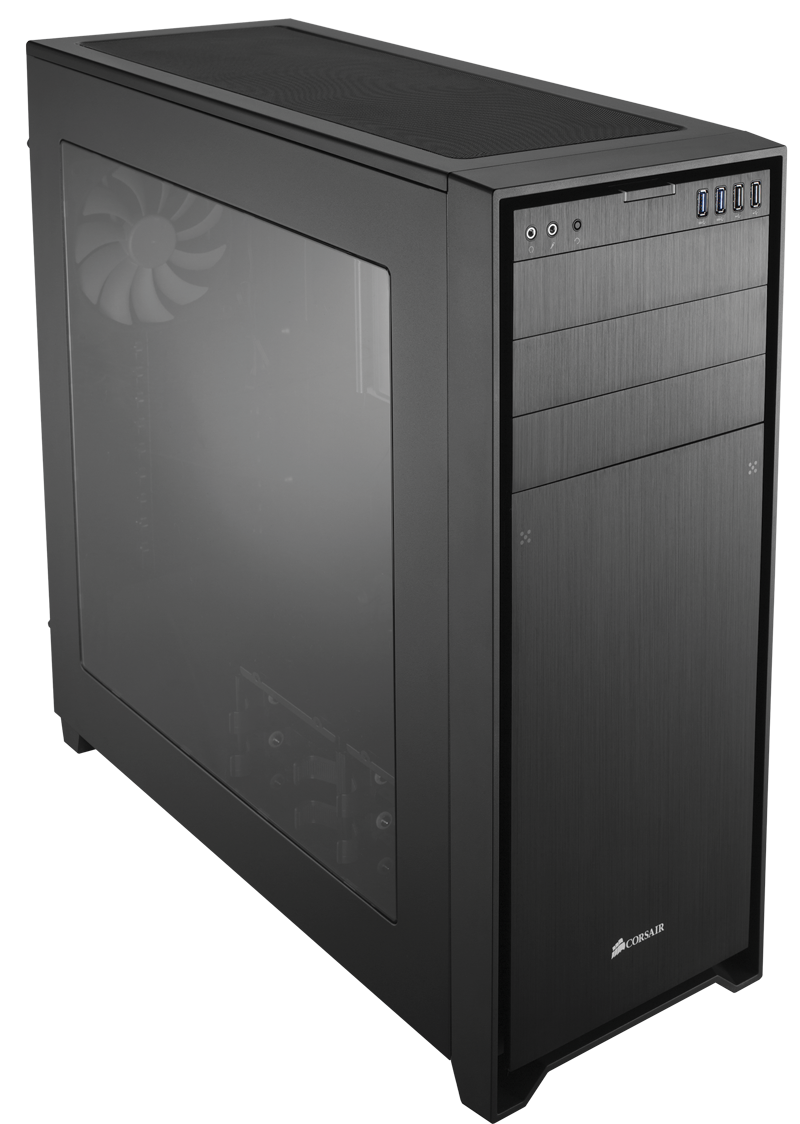 Here's a quick look at the Corsair 750D's key specifications:

As one of the higher-end models in the Obsidian Series, the casing is constructed using a blend of thick SECC steel, brushed aluminum and ABS plastic. The casing feels solidly built, which means it is also rather heavy. The case is black in its entirety and very boxy in its shape, and with the exception of a windowed side panel, there are no interesting curves or design flourishes. It looks sombre, which might make it seem dull for some. Also, there are no handles to hold onto so it can be hard to transport and move the casing about. It does not help that the 750D did not come with wheels so that at least it can be wheeled around. 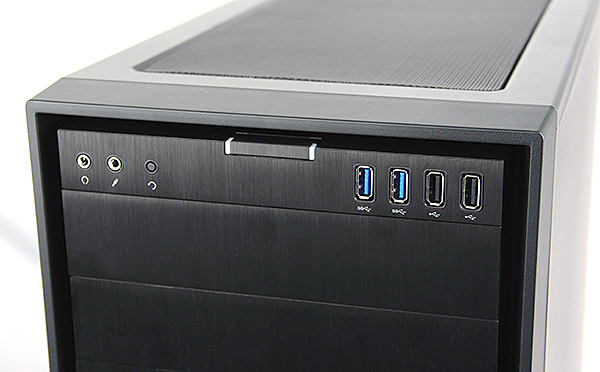 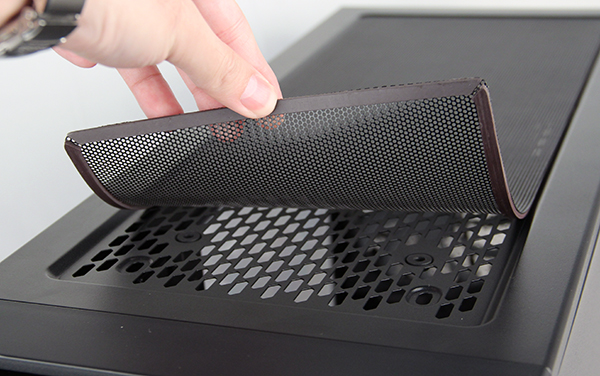 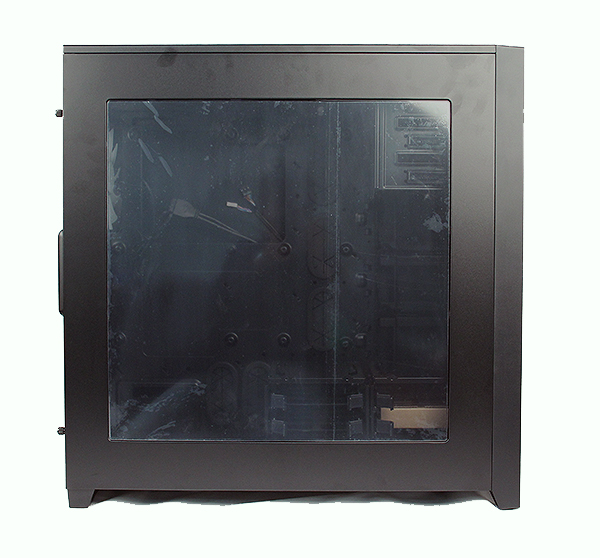 Whereas the casing is made mostly using SECC steel, the front panel uses brushed aluminum and it provides a nice contrast to the rest of the casing. Examining the front panel, we found three 5.25-inch external drive bays, two USB 3.0 and two USB 2.0 ports, the usual headphones and microphone jacks and the reset and power buttons. The reset button is a little small in our books, although understandably this was done to prevent users from accidentally hitting them. 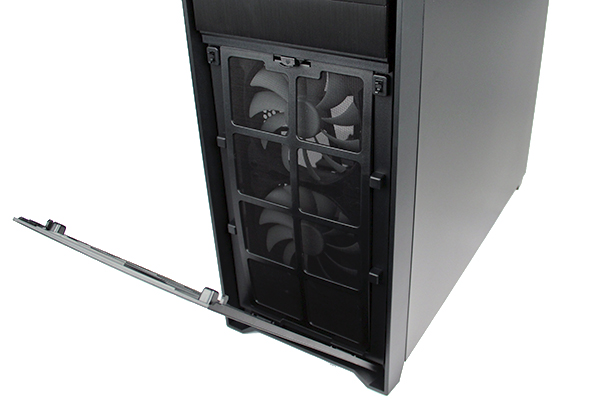 All in all, there is not much to be said about the 750D aesthetics. However, uninteresting as the 750D casing may look, it does not detract from the fact that it is well-built with good fitment and the panels nicely put together. 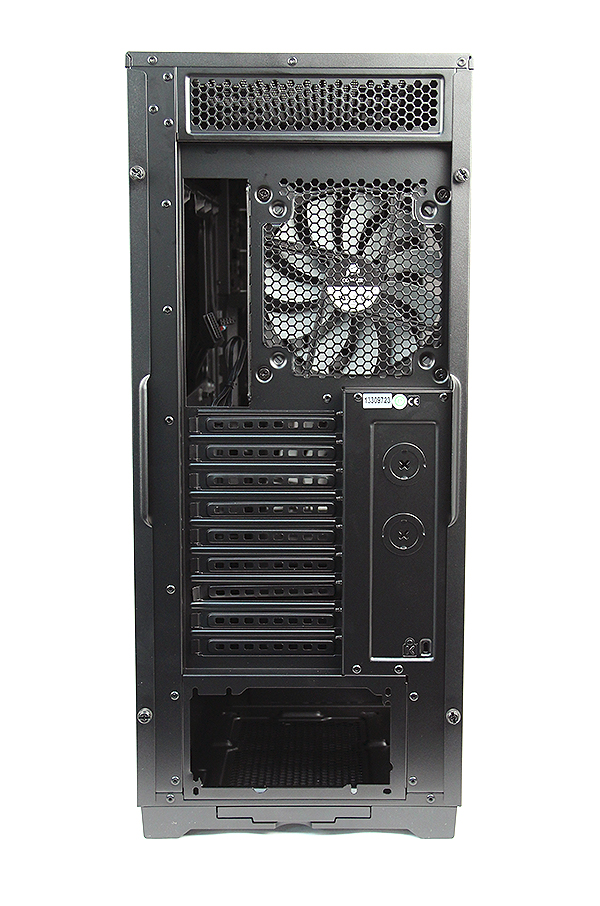 Looking at the back, we can see a single 140mm large exhaust fan and nine expansion slots. There are no rubber grommets for liquid cooling setups, but as you will see on the next page, the 750D is large enough to accommodate radiators internally. 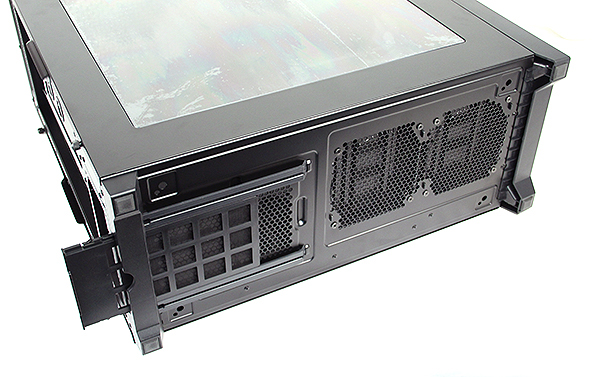 Looking at the bottom of the case, we can see that the four corners have rubber feet. However, given the size and weight of the case, it would be nice if Corsair included optional wheels for users to install to facilitate transportation of the case. There is an easily removable dust filter for the PSU and we can see also that there are mounting points for two fans (up to 140mm) or a single 280mm radiator. However, there is no dust filter provided here. Also, installing fans on the bottom is not all that straightforward, as we will explain on the following page.