About a year ago, Epson launched its new L-series printers. These printers were the very first to have their very own ink tanks, providing them with a continuous flow of ink. This does not only allow low cost ink tank printing but also provide high productivity printing with minimal ink usage.

With Epson's introduction of its very own ink tank system, the company also added their very own Micro Piezo print head with their L-series printers. This allows the printers to achieve a maximum of 5760 x 1440 dpi. The print head is also equipped with their variable size droplet technology (VSDT) which allows it to eject ink in three different sizes.

Another feature that is present with the L-series printers is the Fast Ink Top-up (FIT) Technology for their ink tanks. This technology uses a choke valve to control the flow of ink from the ink tanks to the ink tubes of the printer. The technology gives you more value for every bottle of ink you use and allows you to easily transport the printer without the fear of ink leakage.

The flagship L800 photo printer looks like your ordinary home/office Epson printer sporting a black finish (shiny on the top) until you look at it really closely. From the packaging that the L800 came in, we noticed that there were no ink cartridges included. Instead there were different color ink bottles inside the box. 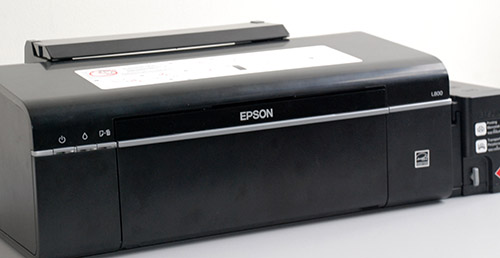 Aside from the usual home/office printer look, there is an added portion to the side of the printer, the portion holds the famous ink tank system that Epson has developed. Coupled with this ink tank system is the use of their Micro Piezo print head with a minimum ink droplet size of 1.5 picoliter and an increased printing resolution of 5760 x 1440 dpi. The L800 boasts approximately 34 ppm (pages per minute) print speed for black and color A4 draft, 13 seconds per borderless 4R draft photo, 11 seconds per bordered 4R draft photo, and 27 seconds per borderless 4R non-draft photo. 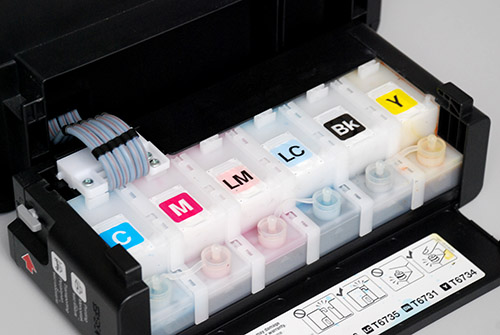 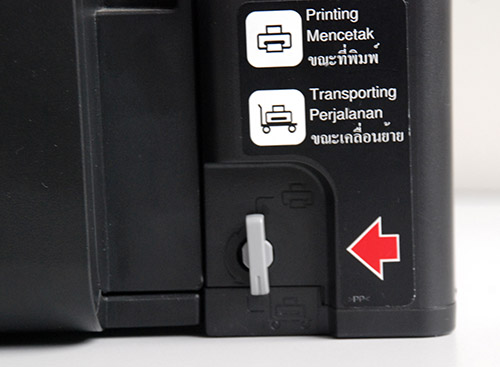 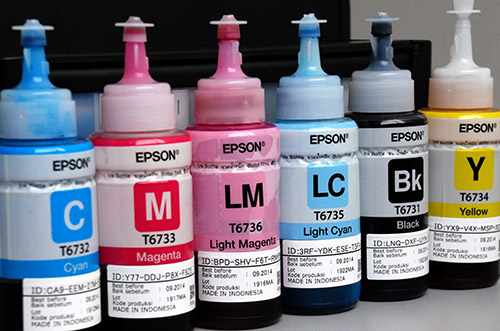 Despite its hefty physique, the Epson L800 has a very minimalist design with regards to its controls and connectivity. Being only a single-function printer, the L800 only has the three basic printer buttons with LEDs below them. In terms of connectivity, it uses a USB cable to connect and receive data from the computer. The L800 does not support LAN or Wi-Fi connectivity which we have been seeing in recent printer designs. This does not impede the printing abilities of the L800 but it could have been a nice addition to have other connectivity options aside from the usual USB port. 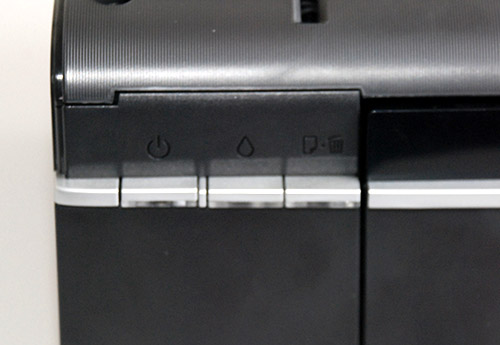 The Epson L800 also allows direct CD/DVD printing with the use of an Epson-packaged printing software. The printer is also packaged with a CD/DVD tray that latches on to the existing paper tray the printer has. This comes in handy if you have a lot of unlabeled CDs/DVDs or if you plan to be burning a lot of data to CDs/DVDs since labeling them would not need any other material such as a sticker CD label. 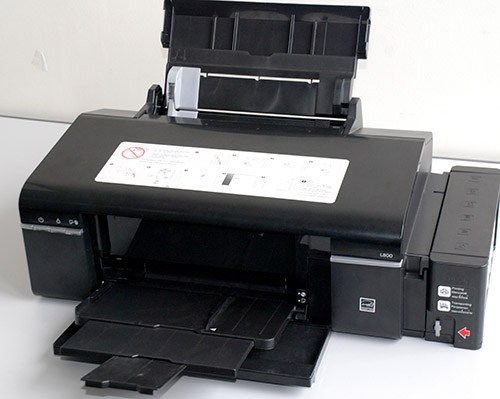 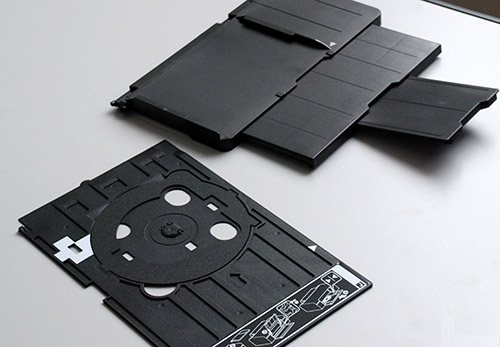 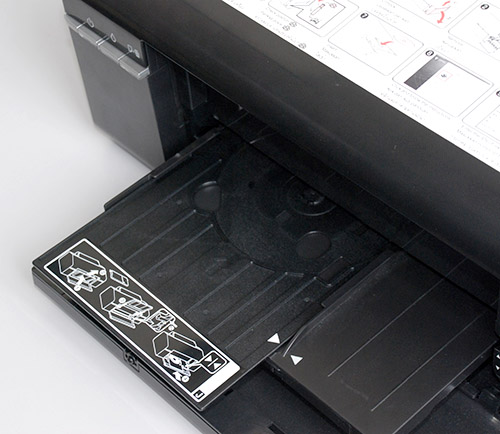