Gionee’s decision of releasing an ultrathin metallic smartphone is a proof that consumers still give value on the aesthetical aspects of a smartphone. If you are one of those whose primary consideration is the smartphone’s physique, you would not be dismayed with the ELIFE S5.5. Another visual area which makes the ELIFE S5.5 a premium handset is its Full HD Super AMOLED display that will surely stand out in terms of color brilliance and sharpness when put side by side with its contemporaries.

We are happy with the images outputted by the ELIFE S5.5, particularly those that were taken under adequate lighting conditions. If you are into “selfies” and “usies”, you will appreciate its wide-angle front camera. However, do note that capturing images with the ELIFE S5.5 at night or using its digital zoom can be a challenging experience. Another limitation of the ELIFE S5.5 is its 16GB internal storage, which might not be enough for users who consume a lot of applications, capture many images, and download high-quality movies. Users may consider bringing a micro-USB flash drive or subscribing to a cloud-based storage service to resolve the issue. 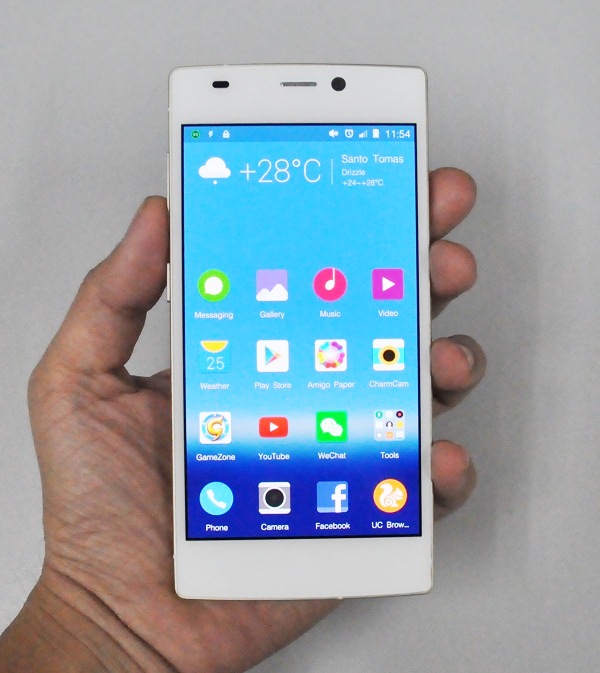 The ELIFE S5.5 shares similarities with other octa-core smartphones in terms of specifications, but it did not emerge as the fastest performer in our charts. In spite of its pedestrian performance, that does not mean that the ELIFE S5.5 is sluggish. As a matter of fact, it is fast enough in handling daily tasks and usual usage of applications, including Internet browsing. Another weak point of the ELIFE S5.5 is its relatively short battery life, but thankfully, inexpensive high-capacity power banks are now available in the market.

Selling for the price of PhP 21,999, the Gionee ELIFE S5.5 is the most expensive octa-core smartphone that we know so far. With such a premium price point, it is hard to justify a purchase if we would simply look at its specifications. Do note that sub-10K octa-core smartphones (Cherry Mobile Pulse, Cherry Mobile Magnum S, MyPhone Infinity Lite, Qube Colonia, SKK Mobile Kraken) are already available in the market and those models that cost beyond the PhP 10,000 price point (Cherry Mobile Omega Infinity, ThL T200 Cyborg, Starmobile Octa) might become less expensive with the gift-giving season fast approaching. But if you are willing to shell out the amount, you should look at the physical elements of the ELIFE S5.5 that made it premium like its 5-inch Super AMOLED touchscreen, front-and-back Corning Gorilla Glass 3 protection, metallic housing, and 5.5mm-thin profile. Not all smartphones, even the more expensive ones from more popular brands, come with all of these fine attributes in one package.