*Note - We've published a detailed hands-on of the HTC Butterfly 2. For those who've read it, you can jump direct to our Performance and Conclusion page to find out how it fares. 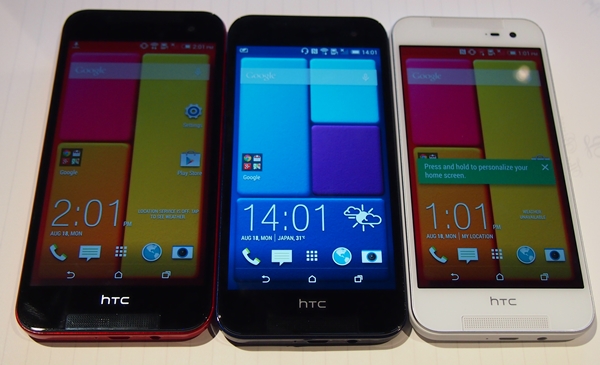 HTC hasn't forgotten about its Butterfly portfolio even though we haven't heard much about it for the past seven months. The Taiwanese company recently refreshed its Butterfly lineup with the unveiling of the Butterfly 2, also known as the J Butterfly HTL23 in Japan.

HTC claimed that the Butterfly 2 sports a new design with a distinct curve that separates it from the One family of smartphones. To be honest, the differences are subtle and do not degrade the excellent in-hand feel of the device in any way. We have always been fans of the design philosophy taken by HTC for its Butterfly smartphones and we are glad to see the company continuing to upkeep the standard in the latest Butterfly 2. 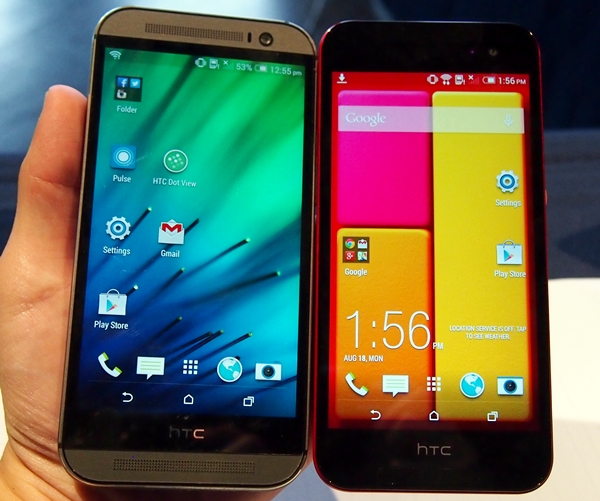 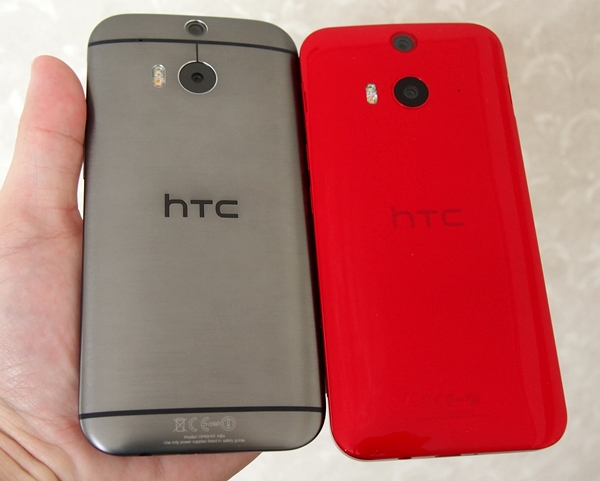 In tune with its design mantra for 2014 - form follows materials -, HTC clearly understands how to use plastic in the right way as it did for aluminum on the One (M8) and the One (2013). You get the same sturdy polycarbonate chassis as its predecessors and the One (E8) although there are two unique design elements featured on the Butterfly 2.

The second digit "7" refers to the water protection and the level that is specified by the manufacturer; given its protection level, HTC states that the Butterfly 2 is able to stay underwater up to 1 metre for 30 minutes. Level eight is the highest rating for water proof protection. In comparison, the Samsung Galaxy S5 has an IP67 rating while the Sony Xperia Z2 is IP58 rated. This makes the Butterfly 2 on-par with the Xperia Z2 in terms of dust resistance, but worse against water, and on equal footing with the Galaxy S5 in terms of water resistance, but poorer protection against dust. 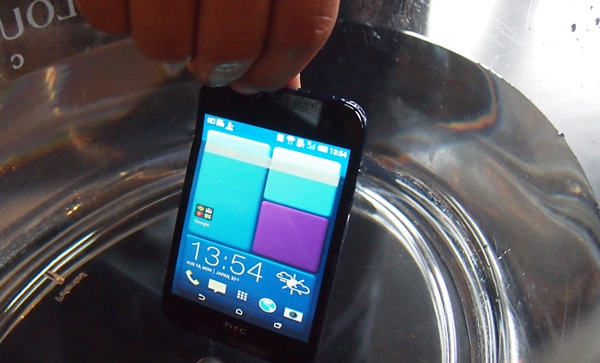 Despite the varying levels of protection in the respective categories, the Butterfly 2 one-ups its rivals in terms of waterproof design. While the Galaxy S5 and the Xperia Z2 require watertight covers or flaps to protect their card slots and charging ports, the Butterfly 2 has no cover over its open ports (microSD and nano-SIM card slots). This means that you no longer need to ensure that the covers/flaps are pressed down for a tight seal. It also helps that the Butterfly 2 has a non-removable back, which eliminates the possibility of water damage if it had a removable rear and one point is not fully depressed down. As such, the Butterfly 2 tries to reduce human error to ensure the phone is better protected to the standards it has to live up to.

HTC also made it very convenient to remove the nano-SIM and microSD card slots on the Butterfly 2. While some phones such as the Apple iPhones require a pin to eject the card trays, you only need to insert your finger into the slit to pull the respective tray out.

Another key design feature of the Butterfly 2 is the use of special coating on the rear. In case you haven't noticed, the Butterfly 2 comes in three colors: red, blue and white. Like the One (E8), only one color model (in this case, it's white) comes with a matte texture on its rear. HTC said that it uses a unique anti-stain finishing to ensure that the white rear does not change color over time.

The other two colors also received some attention; they have a unified color reflection thanks to a special treatment that ensures that the color intensity remains the same from any angle you view the phone. Whether or not this coating has any true value remains to be seen, but we're sure about one thing - the glossy rear of the red and blue models are quite susceptible to fingerprints and smudges. 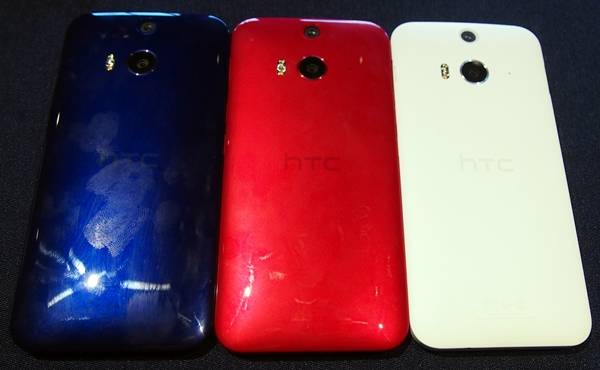 Fortunately, this issue can be resolved with the purchase of a third-party case/cover or HTC's official Dot View case for the Butterfly 2. Working on a similar concept as the One (M8) and the (E8), the Dot View case provides all round protection for the Butterfly S while giving you a retro look when using it. As the Butterfly 2 has different dimensions from the other two phones, it is not possible to use the same Dot View cases. In case you don't know, HTC recently updated the Dot View app to support 18 default themes and offers wallpaper customizations. 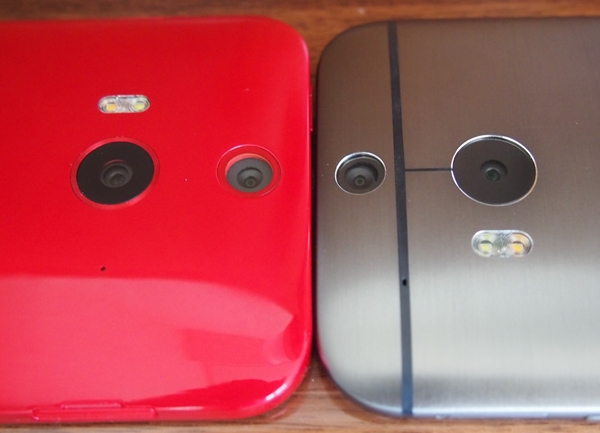 HTC made waves across the camera phone industry earlier this year when its flagship One (M8) launched with two rear cameras. Officially known as Duo Camera, it consists of a primary 4-megapixel UltraPixel sensor with a secondary camera for capturing depth information. This also allows the user to carry out a series of imaging effects, known as Duo Effects on the One (M8). For more information on the Duo Camera and its effects, do check out our comprehensive hands-on article with the One (M8) and its review where we've tried more imaging options.

The company hit another milestone with the Butterfly 2; it is the world's first smartphone to use a 13-megapixel Duo Camera. If you've been keeping track of the camera modules used in recent HTC phones, you would realize that the use of HTC's UltraPixel sensor has been rather inconsistent across the board. This would confuse consumers because the company has been boasting about the low light capabilities and superior imaging performance of the sensor. The One (2013), One Mini, One Max, Butterfly S, and the One (M8) deploy the UltraPixel module whereas the Butterfly 2, One Mini 2, and the One (E8) use a 13-megapixel sensor.

Darren Sng, the Head of Product Marketing, stated that the decision to use a 13-megapixel camera module on the Butterfly 2 was driven by market demand. While declining to comment which is superior, Darren states that he believes both cameras deliver good imaging performance. If you need our opinion, check out the imaging performance between the HTC One (E8) and the (M8) model.

Meanwhile, we took the Butterfly 2 and the LG G3 for a spin during a tour in Tokyo. Here are two comparisons: 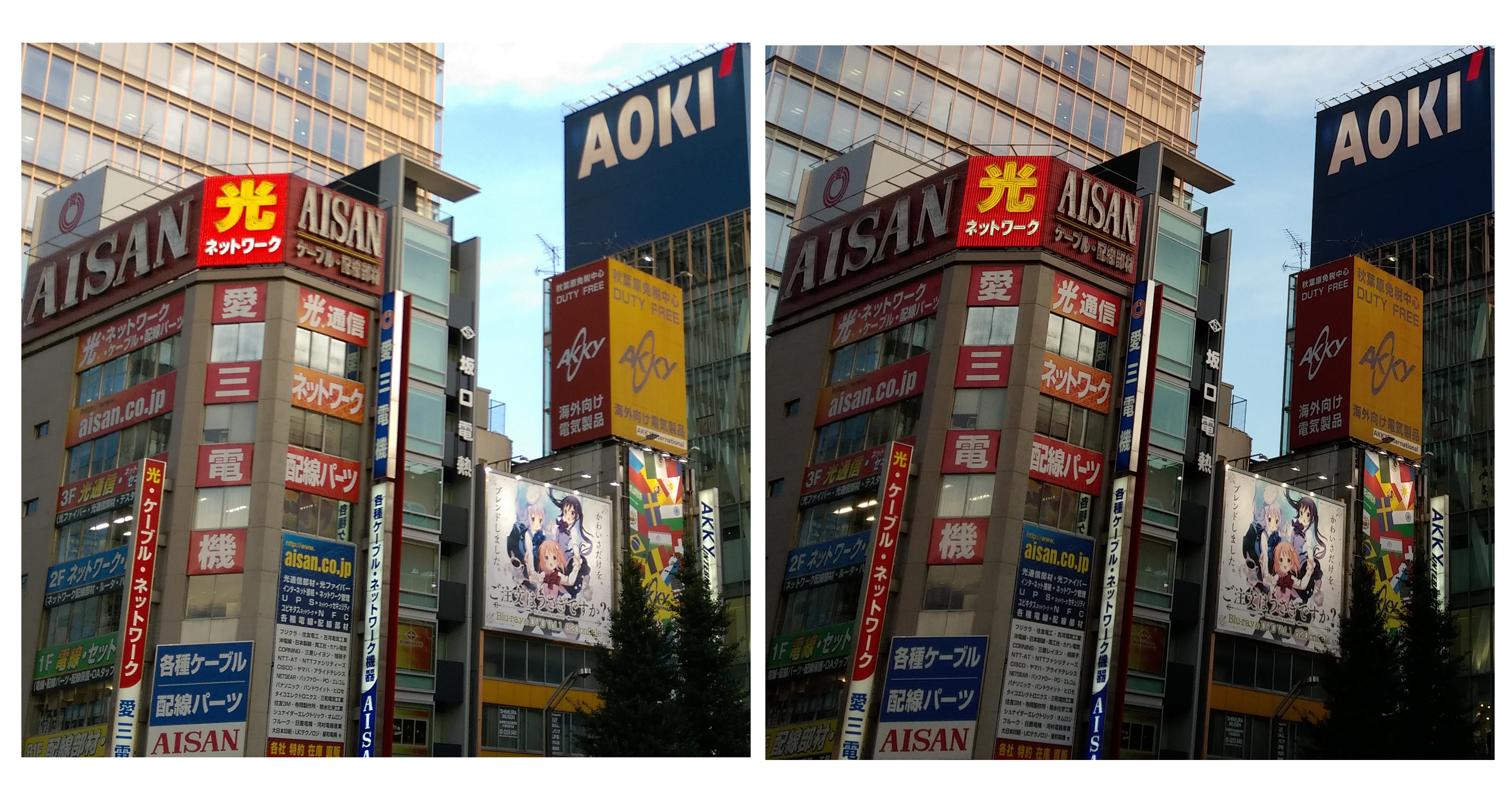 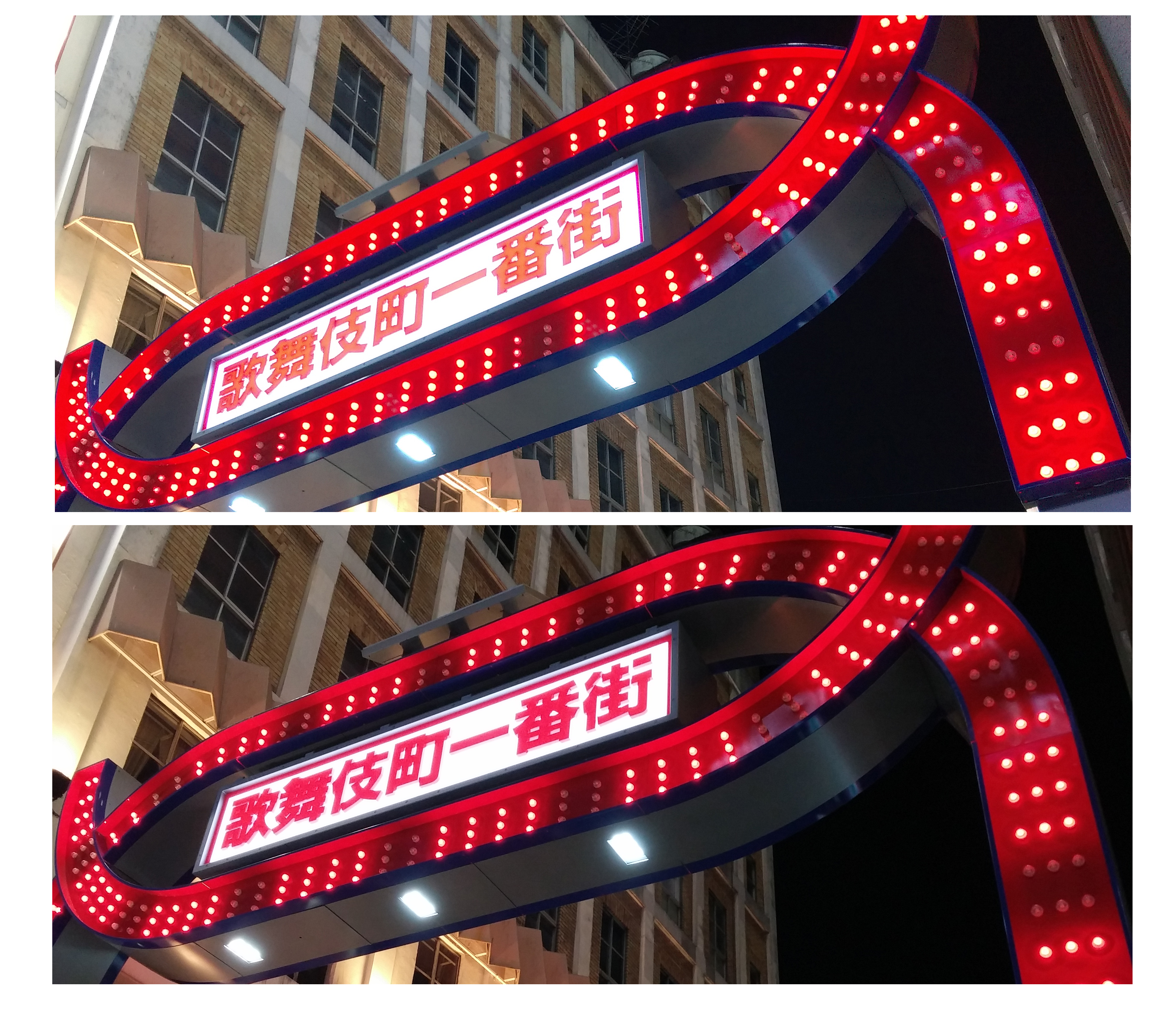 The Butterfly 2 runs on Android 4.4.2 KitKat with HTC Sense 6.0. As such, you can expect similar software features as the One (M8) and (E8) such as Zoe app, BlinkFeed, Motion Launch Gestures, and Extreme Power Saving mode.