HTC One - The Chosen One

At the beginning of this review, we stated that the specifications list of the HTC One reads like someone putting together their dream smartphone. In practice, the HTC One lives up to the ideal of what your "dream phone" would be like. The spectacular aluminum unibody with its zero-gap construction is not only pretty to behold, but also gives the smartphone a certain comforting heft when held. Ergonomics are further enhanced by the contoured shape of the back, which moulds itself to your palm. Initially we had a bit of trouble accessing the power button located at the top of the device, but we soon became accustomed to the location. The only blemish on an otherwise excellent design is the HTC logo situated where the home button usually resides. We expect that after the first few days of usage, the right side placement of the home button should become more ingrained and hence overall usage comfort should increase over time. However upon initial handling, expect some inconvenience. 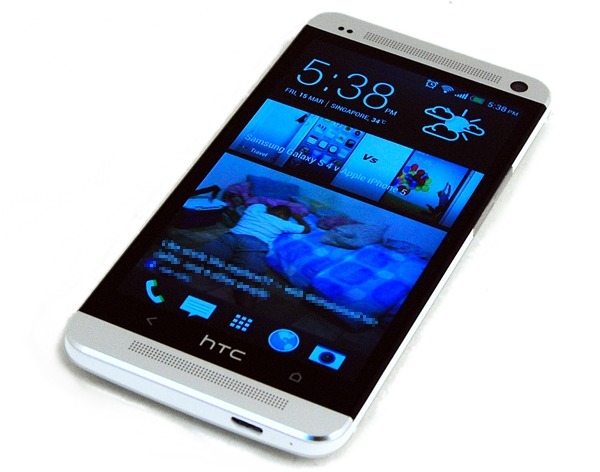 Its processing platform consisting of the quad-core Qualcomm Snapdragon 600, Adreno 320 GPU and 2GB of RAM have more than proved their worth in our test benchmarks. A Quadrant score of 12,413 is easily the highest we have come across and duly surpasses the previous best by a long margin. In practice as well, the HTC One is fast and responsive, with app load times being extremely short. The rest of the phone's hardware also meets the high performance standards set by the processor. Beats audio along with the HTC BoomSound feature and dual front stereo speakers make the audio output the best we have ever heard from a smartphone. The Super LCD 3 display also won us over with its neutral and balanced rendering of images and content so much so that the slightly bad performance under sunlight is forgivable.

Battery life is a little on the low side from our formal testing, but the phone is able to last an entire day of regular day-to-day use with ease, which is the main concern of most regular users. However, if you're a trigger happy shutterbug, then take note that the device is a phone first, then a camera, thus you can expect battery life to drain fast upon heavy use. More so if you're going to fiddle around much with its photography tricks, filters and more that will easily sap up power.

Allied with the hardware is an excellent suite of software features. HTC Sense 5 is smooth and unobtrusive. While some would prefer a vanilla Android OS, with Sense 5, HTC has been able to skin Google's operating system in the least grating way possible. In fact, we think they've done a fine job in complementing the Android OS. HTC BlinkFeed is an excellent addition and fans of reader applications such as Flipboard are sure to appreciate its inclusion. With the UltraPixel innovation, HTC is also trying to change the smartphone camera game. It does make taking pictures quicker, but after our full assessment of its imaging quality under various lighting conditions, we've come to the conclusion that it brings little to no extra benefit where imaging quality is concerned. In fact, it doesn't deliver what your would expect from the current crop of top tier smartphones as it lacks their better imaging resolution and photo detail. However, if the Zoe functionality intrigues you, and you're satisfied with sharing photos on the internet without scrutinizing them further, then the One should satisfy your basic imaging needs. If good photo imaging quality is your utmost priority, there are other phones to be considered.

Over the years, numerous contenders have tried to lay claim the throne and proclaim themselves the best Android smartphone around. However, few have come as close as the HTC One. If you want a smartphone which is a representation of the best technology (minus its imaging aspect) and latest trends around, the HTC One is probably the one of the best choices at the point of writing.

The smartphone field is evolving rapidly and what's best today, may not necessarily stay true a few months down the road. With that in mind, you can expect HardwareZone and our sister publication HWM to keep you updated of this fast paced segment and you can be sure we'll be updating our content with newer findings and comparisons when the time is right.