The One Max is the second non-Nexus/non-Google Play Edition device to run Android 4.3 after the Galaxy Note 3. As with most Android devices, the One Max runs the latest Sense 5.5 on top of the stock Android interface. Sense 5.5 brings some notable new features such as: 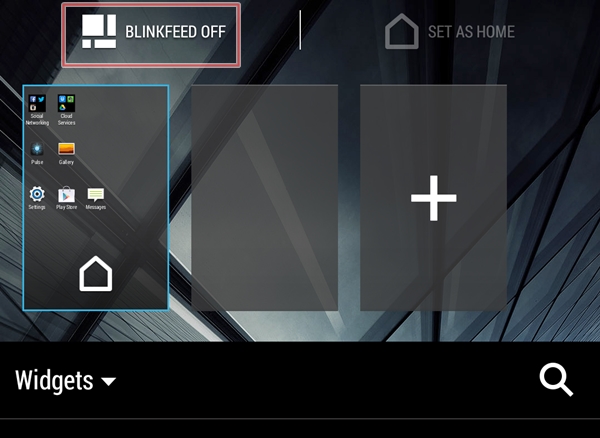 Like it or hate it, BlinkFeed is here to stay. If you belong to the group of consumers who dislike BlinkFeed, HTC now adds an option for you to disable BlinkFeed. Previously, users weren't allowed disable or remove BlinkFeed and had to install a third party launcher. As BlinkFeed is a key element of the Sense experience, HTC has refined it to be more useful for its users.

HTC also allows you to personalize the content on BlinkFeed by offering the ability to set up custom topics. You can basically search for any term and BlinkFeed will show you a list of results related to your search term. 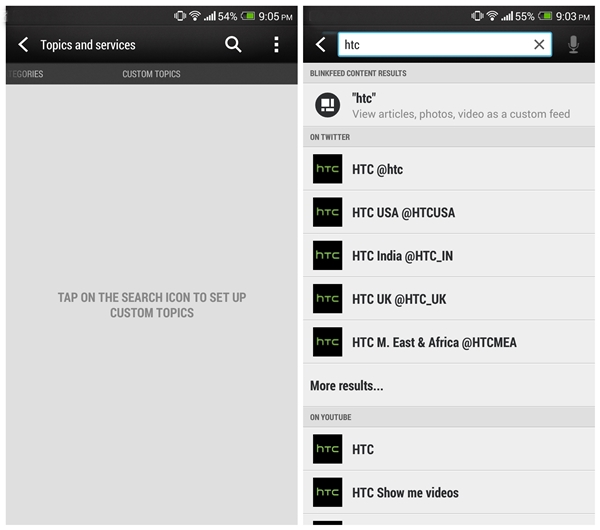 Taking a leaf out of Pocket's books, HTC adds offline viewing for its content on BlinkFeed. According to HTC, users can download up to 120 articles for offline viewing on the One Max. Each article you read on BlinkFeed will have two options at the bottom: Read Later or Share. Tap on the "Read Later" option to save it to HTC Reading List or Evernote. 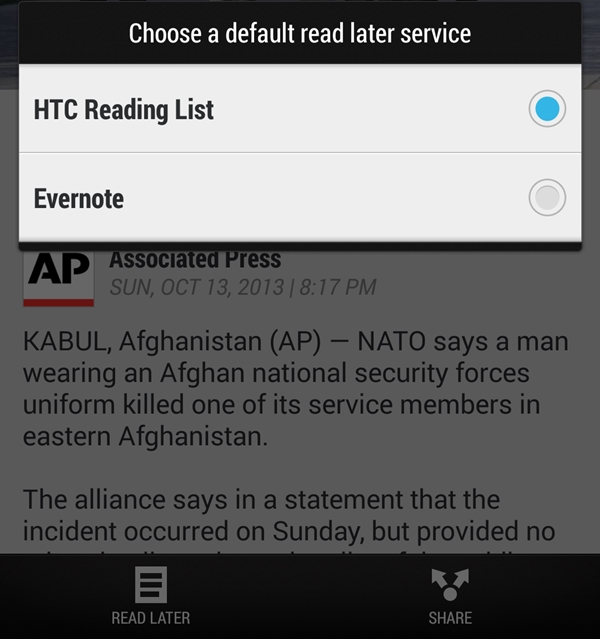 First seen in the HTC Butterfly S, Quick Settings can be accessed either with a two-finger swipe down on any home screen (including the lock screen) or a swipe down followed by a tap on the Quick Settings icon on the top-right corner of the screen.

With the One Max, you can now reorganize the Quick Settings according to your preferences. As you are limited to 12 Quick Settings, it is recommended to choose the 12 most frequently accessed apps or settings. By default, fingerprint scan and Do Not Disturb mode are included in the 12 Quick Settings. 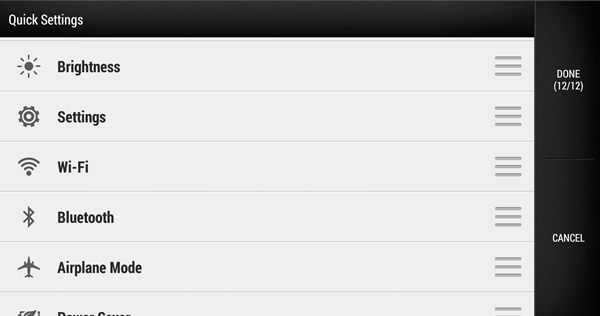 With Sense 5.5, HTC has preloaded emoticons in its keyboard for users to insert in text messages and emails. If you recall, LG boasted about it being the first to implement in an Android smartphone with their Optimus G Pro. As mentioned before, there are already several third party keyboards such as Go Keyboard that have support for Emoji.

If the emoticons look familiar, they are actually inspired from the stock emoticons in WhatsApp. Users who message a lot and go beyond simple text will appreciate this feature as they don't need to install a third party keyboard to enjoy these perks.