HTC One X - Return of the Champ

2011 hasn't been an easy year for HTC. The Taiwanese company's on-going patent lawsuits with Apple have seemingly prompted it to carry out heavy investments on various companies. This includes a US$300 million acquisition of Via Graphics from S3 in a bid to strengthen its patent portfolio, and strategic partnerships with Beats by Dr. Dre and Dropbox to enhance its existing features.

All eyes were on HTC at Mobile World Congress 2012 when they announced its One series of Android smartphones, with the center of attention focused on the HTC One X. Reaching the market as the world's first quad-core smartphone, the company's latest flagship has to prove that it can outperform the current competition, and hold its own against would-be competitors such as the upcoming Samsung Galaxy S III and the next-generation iPhone. 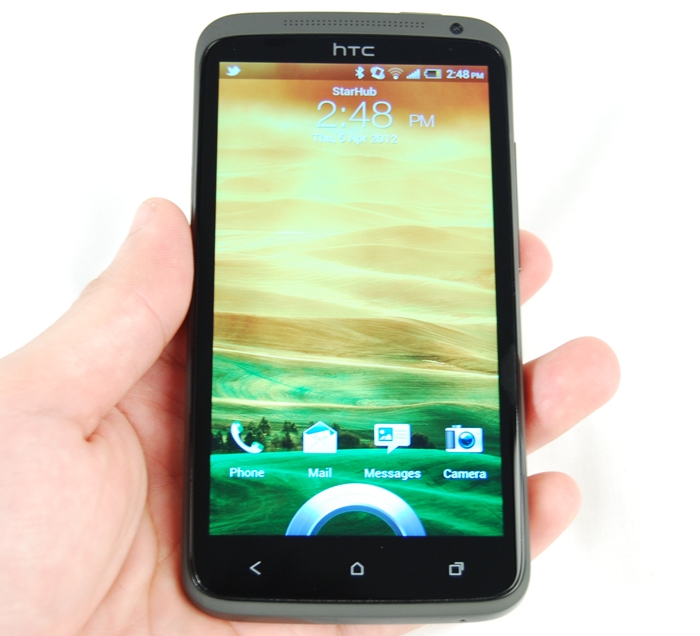 HTC devices have always impressed us with their excellent design and build quality, and we are glad to see the company raising the bar yet again with the One X. While we generally denounced the use of plastics in flagship models, the HTC One X is an exception. Constructed out of a polycarbonate unibody, the One X offers a fine balance of durability, looks and weight. This is a different design route from its earlier flagship models such as the HTC Sensation XL and HTC Sensation XE, which used a combination of aluminum and plastic.

Tipping the scales at 130g, the One X feels extremely light yet solid in the hands. Despite the large 4.7-inch display, the One X fits snugly into our pockets thanks to its slim profile of 8.9mm. In short, the One X is one of the most well-built phones we have reviewed so far.

You will find the standard microUSB port on the left side of the One X and the 3.5mm audio output jack on the top left corner. On the top right corner are the Power button and microSIM card slot. There is no SD card slot for you to increase the storage capacity beyond its 32GB built-in memory. The volume button is essentially a long strip of button, housed on the right side of the One X. Fortunately, the physical buttons provide a decent level of tactile feedback. 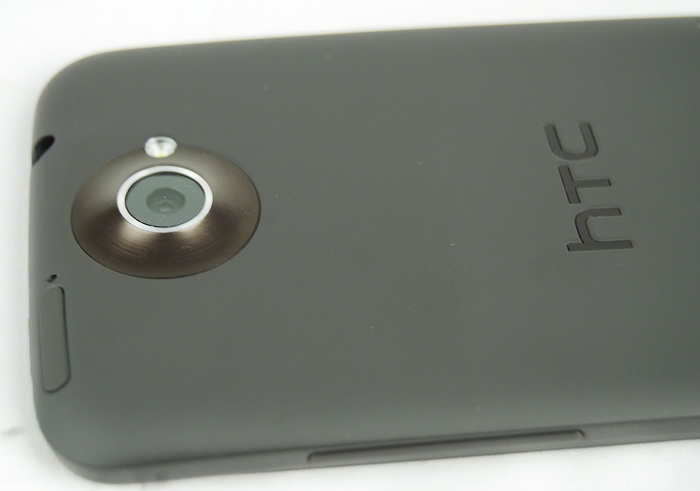 Located right below the 4.7-inch Super LCD 2 display are three touch sensitive navigation buttons (Back, Home and Recent Apps). Current owners of HTC devices will realize the absence of the Menu button. While HTC's new implementation is somewhat in line with that of Google's three-button approach as seen on the Samsung Galaxy Nexus, it has a serious implication which we will discuss further in our next section.

Embedded in the thin bezel below the earpiece grille is a notification LED that blinks in green when there are notifications (such as emails, messages, missed calls); it turns orange when charging, and green when fully charged.

Design isn't the only overhaul on the One X. Software is the next aspect that the Taiwanese company addressed. A long-standing issue with the HTC Sense user interface (UI) was its tendency to consume unnecessary system resources for its fanciful animations. HTC took the first step in refining the UI late last year when it unveiled Sense 3.5, which surprised us with its fluidity and smooth operation. Back then, we knew a big makeover for the Sense UI was imminent. Below is a guide to what's new in Sense 4: 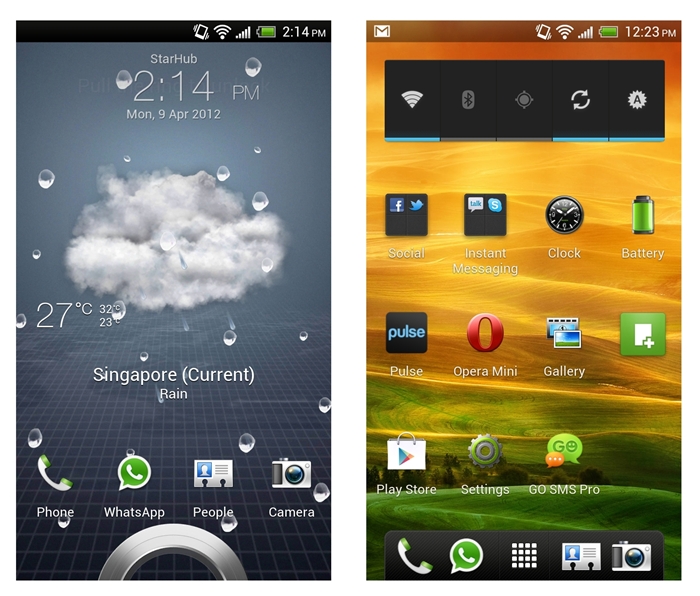 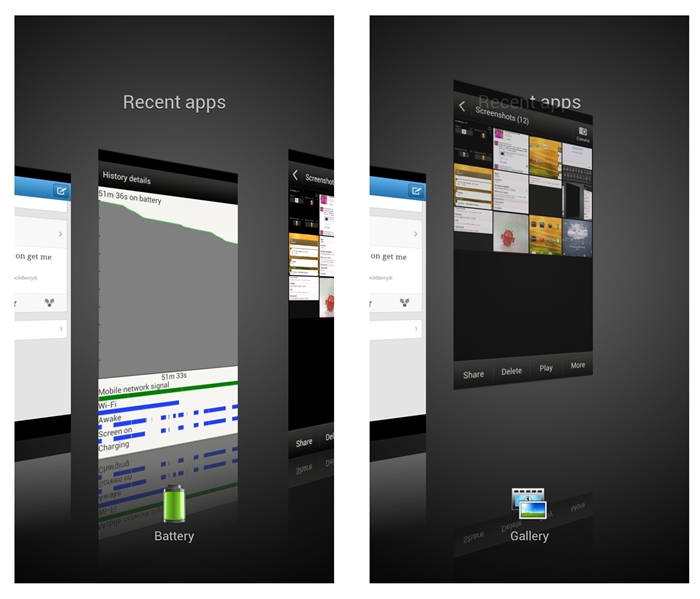 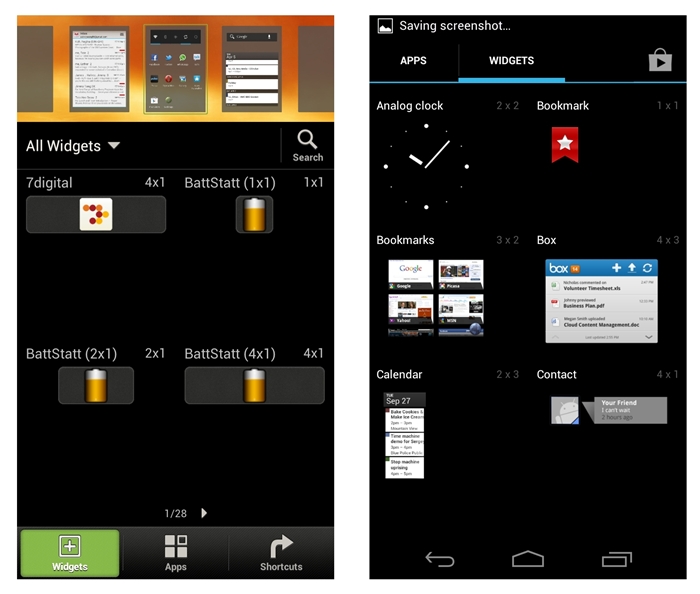 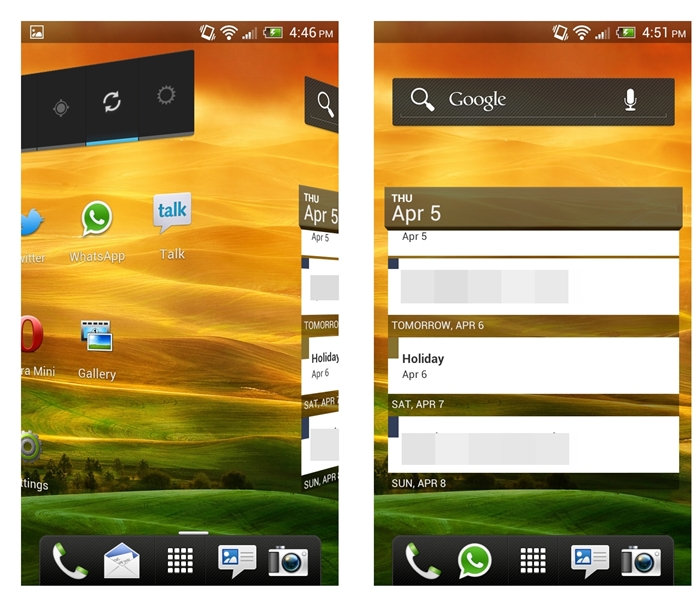 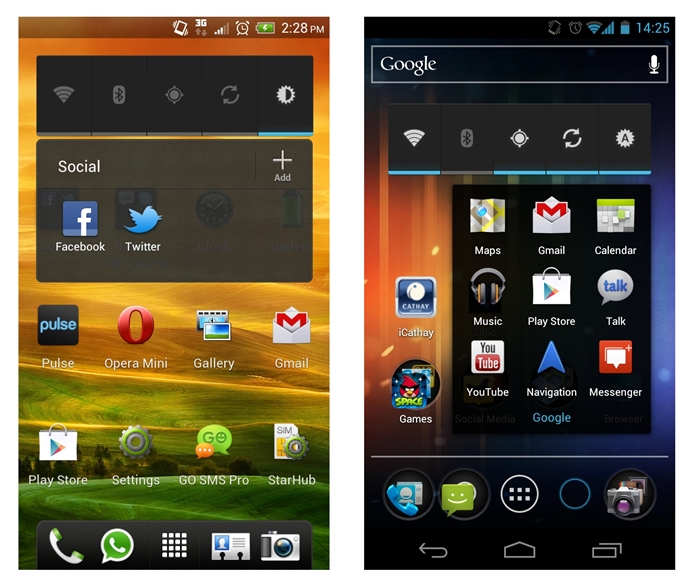 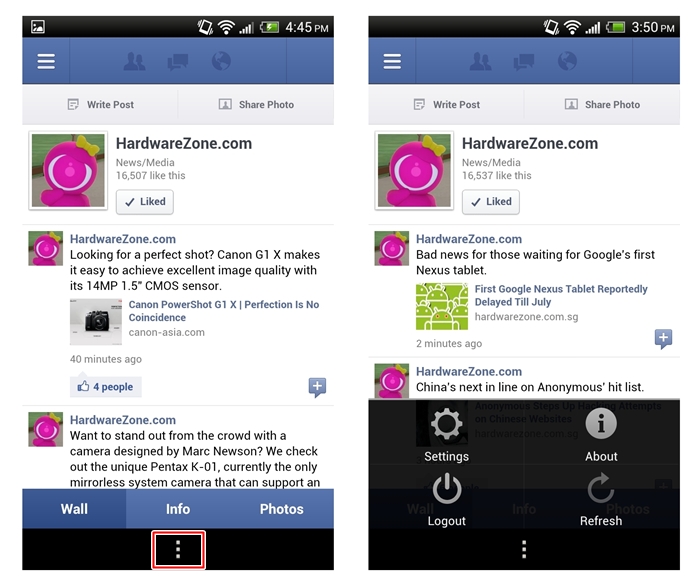 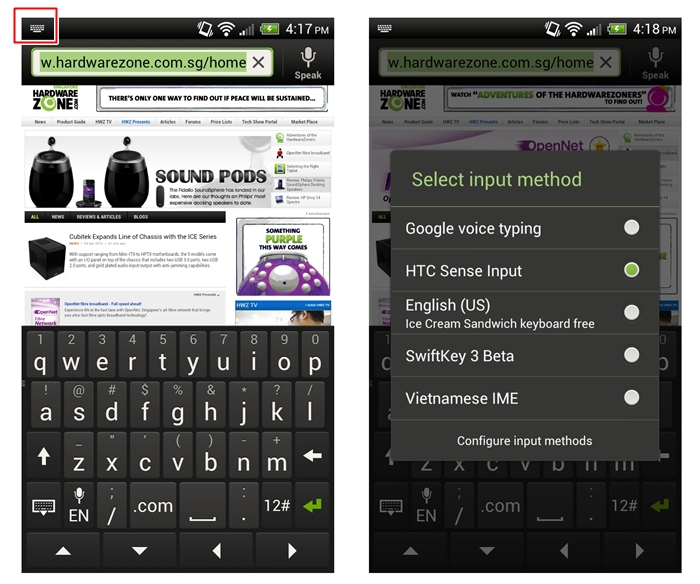 Overall, we feel HTC did a great job in refining Sense UI to what it is today. Sense 4.0 is by far the most polished UI we've seen from HTC since its inception in 2009. By stripping away the unnecessary animations, Sense 4.0 is certainly less cluttered and simpler to use. Fans of HTC devices will appreciate the vast improvements in the user experience afforded by the new Sense 4 in the One X. 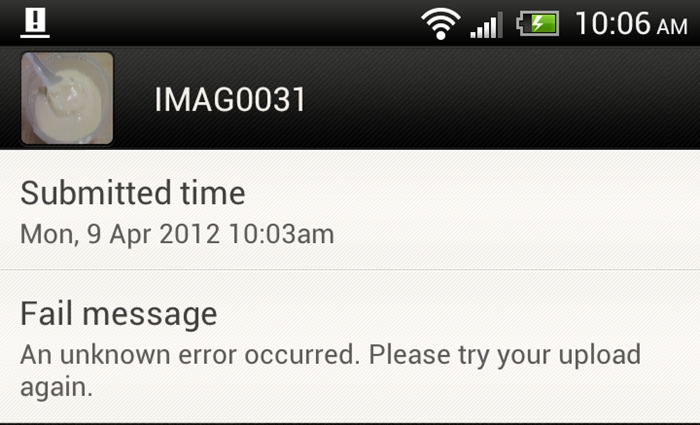 The only issue we encountered with Sense 4 so far is Facebook for HTC Sense. Unlike the conventional Facebook app, Facebook for HTC Sense allows the user to upload pictures to specific albums on the social networking site. However, this feature doesn't seem to work on the HTC One X. When queried on this, HTC Singapore mentioned that the issue will be fixed in a future software update.

*Update: The buggy Facebook for HTC Sense can be resolved by going through Facebook settings on the computer: Account Settings > Apps > Select HTC Sense > Set Posts on your behalf to Public or Friends.

If you still cannot upload photos via Facebook for HTC Sense, try uninstalling and installing the Facebook app again. It will prompt you to authorize HTC Sense to access your Facebook. This should solve the problem.

Nonetheless, Nexus users who prefer the "pure Google experience" will probably give Android phones with customized UIs a miss.