Is the XL's Performance Super Sized Too?

It's strange that HTC has opted for a single-core 1.5GHz processor in the Sensation XL when the earlier Sensation XE is running on a dual-core 1.5GHz processor. Our guess is that some hardware aspect had to give way in favor of supporting the larger 4.7-inch display without trying to dent the battery life performance too much. As a result, HTC might have opted for a single-core processor. Nevertheless, it will be interesting to see how the HTC Sensation XL fares against the dual-core competition (HTC Sensation XE and Motorola Razr) and a competitor in its own league, the Sony Ericsson Xperia Arc S.

We have adopted two specific benchmarks, both of which are downloadable via the Android Market. The benchmarks are conducted on these devices from a fresh reboot on their respective stock firmwares. 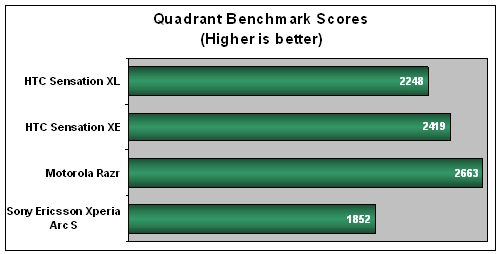 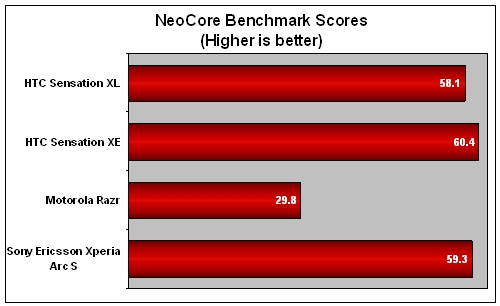 From the benchmarks above, the HTC Sensation XL delivered a pretty decent performance. The differences between the Sensation XL and its dual-core counterparts are not significant, considering that it runs on a single-core processor and has lesser amount of RAM compared to the leader, the Motorola Razr. When compared to the single-core Sony Ericsson Xperia Arc S, the overall performance of the Sensation XL was better. This is expected as the Sony Ericsson Xperia Arc S comes with a slightly slower processor clock speed and 512MB RAM.

Benchmarks asides, our experience using the HTC Sensation XL was generally positive. What caught us by surprise was the fluidity of the Sense user interface. Switching between apps and home screen panels was like a breeze as we did not encounter any lags or awkward pauses (which the Motorola Razr unfortunately faced) . We also had no issues with the speed of the loading apps. Overall, the user experience was really top-notch.

If anyone wants to talk about the multimedia aspects of the HTC Sensation XL, there are three main features, which are the 4.7-inch S-LCD display, the 8-megapixel camera with f/2.2 lens and its Beats Audio integration.

If you haven't realized, the HTC Sensation XL has the second largest display ever on a mobile phone beside the leader of the pack, the Samsung Galaxy Note and its 5.3-inch display. The 4.7-inch display dominates the bulk of the front of the device and you can't help it but gawk at the huge amount of screen estate. With that massive screen, it gives us so much more room to work with on the Sensation XL. The viewing angles are impressive and color reproduction is great. The benefits of having a larger screen are more apparent when you are surfing the Internet, reading or playing games. 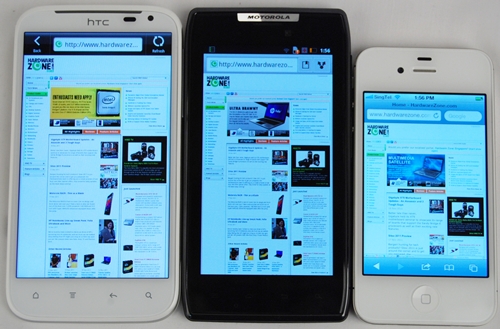 The lingering question that many consumers have on their mind about the screen is at this display size and resolution, will there be a screen-door effect or a dotty display? Our take is that unless you have really sharp eyes and view the screen up close, the effect is barely noticeable.

The second multimedia feature of the HTC Sensation XL lies in its upgraded 8-megapixel camera module. In all honesty, HTC devices are not known for their imaging capabilities and hence fall short of meeting our expectations. It seems as though HTC heard our prayers and decided to improve the camera performance of its devices, starting with this phone - the Sensation XL. It now has the honor of being one of the rare few cameraphones in the market that has f/2.2 lens (Nokia N9 is the only other handset that has f/2.2 lens while the rest of the 8-megapixel cameraphones have aperture values ranging from f/2.4 to f/2.8.) We decided to give HTC another chance to prove itself with the Sensation XL and we were in for a pleasant surprise! 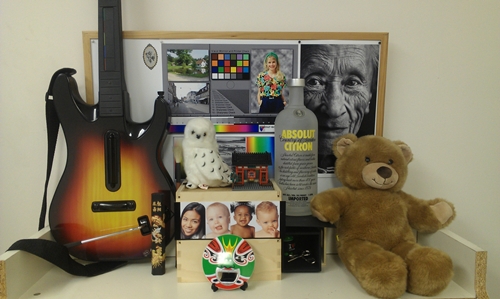 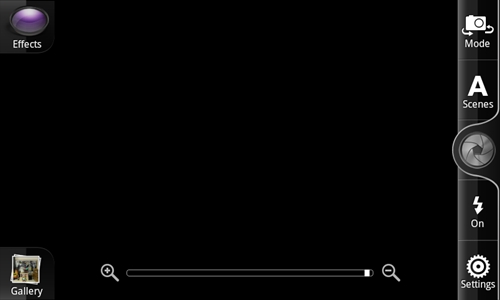 Last but not least, the third main feature of the HTC Sensation XL is the Beats Audio integration. The strategic partnership and investment between HTC and Beats Electronics LLC set the groundwork for a new era in mobile audio. As the bundled earphones and Beats Audio sound profile are the same as the HTC Sensation XE, you can read up on our assessment of the earphones and audio quality of the phone here. Basically, the overall audio experience is catered more towards bass-heads.

Being a super sized multimedia phone, it is a shame that HTC has removed the microSD memory card slot on the Sensation XL and substituted it with 16GB of internal storage. It becomes even more frustrating when you realize there is only up to 12GB of available storage for multimedia content such as music and videos. This seriously hampered its capability and appeal of the HTC Sensation XL as a multimedia powerhouse to substitute portable media players. Unfortunately, this is not the most aggravating issue with the phone that we found. More on that in the following section.

Our final performance benchmark is perhaps the most gruelling of all - the battery test. The test includes looping a 480 x 800 pixels resolution video under the following conditions:

For this test, we pit the Sensation XL against its sibling, the Sensation XE, the ultra thin Motorola Razr and see how it fares against a phone with almost similar specs, the Sony Ericsson Xperia Arc S. 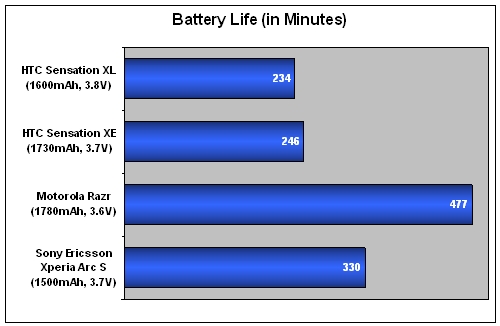 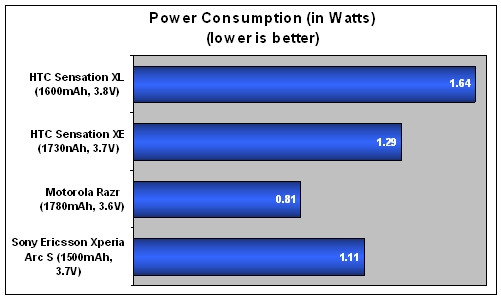 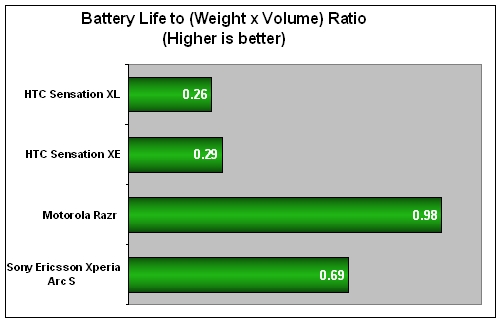 As expected, the HTC Sensation XL struggled to stay alive in our battery test. It clocked one of the lowest battery mileage of 234 minutes (nearly four hours) in our continuous video looping test. The 1600mAh battery was unable to support the power hungry 4.7-inch display and the power draining 1.5GHz single-core processor. This is evident from the performance of the Sony Ericsson Xperia Arc S, which outlasted the Sensation XL by more than an hour and a half despite having a smaller battery capacity. We attributed the difference due to the smaller 4.2-inch display (and partially the slightly slower 1.4GHz single-core processor) of the Sony Ericsson Xperia Arc S which together draw less power (as seen in the second graph for power consumption matters).

Our findings were consistent with the results in the Power Consumption graph where the HTC Sensation XL fared the worst. It is logical to assume that the display is the main culprit for the dismal performance of the Sensation XL. The combination of a hefty weight, mammoth dimensions and poor battery life also resulted in the Sensation XL obtaining the lowest ratio in our Portability Index.

During our normal day-to-day usage, the phone barely made it through one day with occasional web surfing, playing games and text messaging.