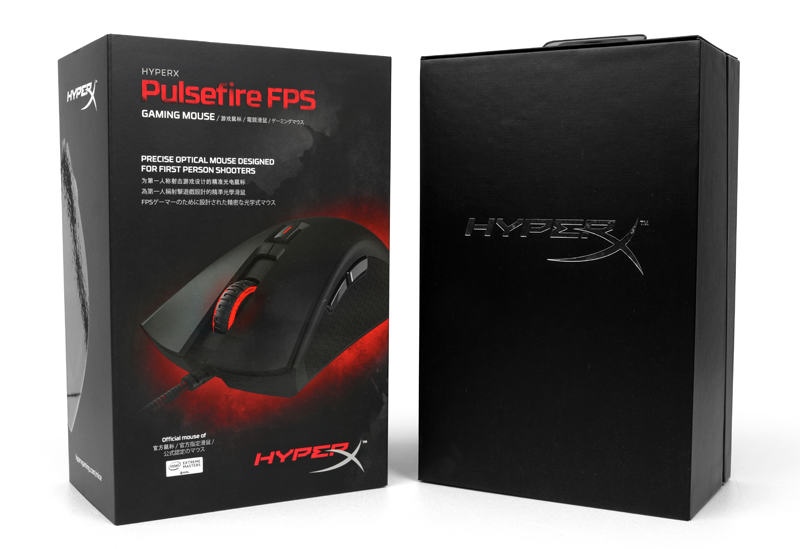 You would imagine that Kingston’s gaming sub-brand, HyperX, would want to make a strong first impression with its first-ever gaming mouse, the Pulsefire FPS, by cramming it with all the bells and whistles under the sun: a thousand customizable buttons, a 20,000 DPI optical sensor, and perhaps even enough RGB lighting zones to put a Christmas tree to shame.

But on the contrary, the folks at HyperX decided to do the exact opposite by playing it safe – furnishing the Pulsefire FPS with nothing more than the bare essentials. The question is: are they playing it a little too safe, especially when other peripheral manufacturers are happily parading the dozen and one different features of even their most basic gaming mice? Let’s find out. 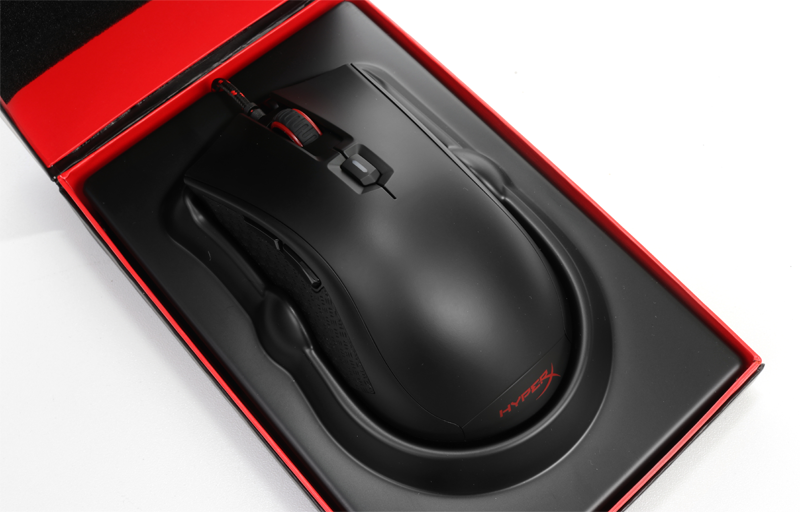 If your idea of a good gaming mouse involves flashy lights and a strikingly radical design, you’re probably going to feel an overwhelming sense of disappointment with the Pulsefire FPS because of its plain-Jane looks.

To be fair, the Pulsefire FPS does have some little details here and there to remind you that it is indeed a gaming mouse, such as its braided cord with red accents and the red HyperX logo on its back. Apart from those, there’s hardly anything else about the Pulsefire FPS that screams for your attention.

Granted, the Pulsefire FPS also has two lighting zones that will spring to life the moment it’s connected to your PC, but they can only light up in a single shade of red. There’s no way for you to change their color or lighting style, simply because the Pulsefire FPS doesn’t have an accompanying software suite. 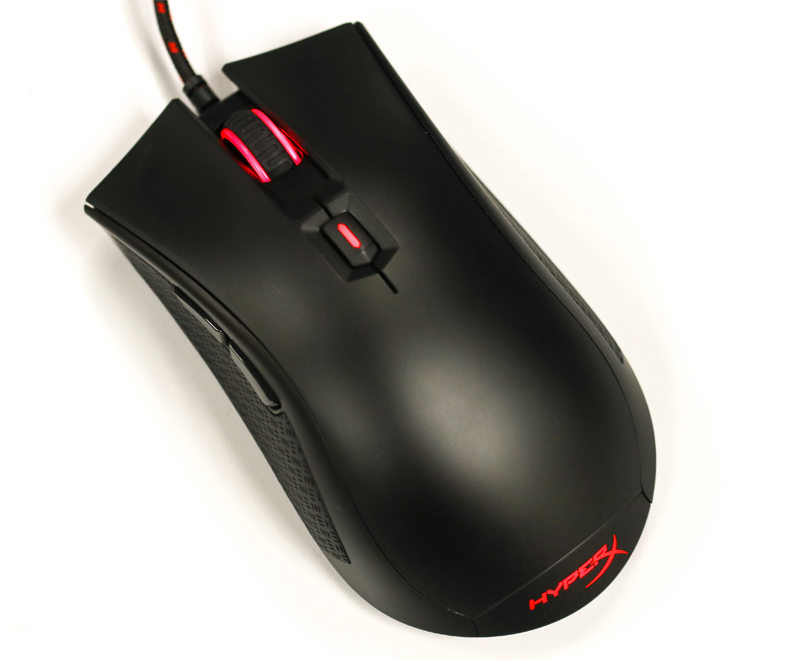 As a result, you also won't be able change its four DPI sensitivity presets, which are fixed at 400dpi, 800dpi, 1600dpi, and 3200dpi, respectively. If it's any consolation, the DPI switcher right beneath the scroll wheel of the Pulsefire FPS does light up according to the DPI preset that you have selected, which helps to remove any unnecessary guesswork: white represents 400dpi, red represents 800dpi, blue represents 1600dpi, and yellow represents 3200dpi.

While some of you might consider the lack of a software suite as a serious shortcoming, look on the bright side: it saves you from having to deal with installing drivers and complicated software – just plug the Pulsefire FPS into any desktop PC and, to quote a saying made popular by Apple: “It just works.”

As we mentioned in the opening paragraph, the Pulsefire FPS isn’t adorned with customizable buttons. Period. You'll be getting the prerequisite left, right, and center mouse buttons, a forward and backward button on its thumb rest area, and the aforementioned DPI switcher – that’s it. But we’re not complaining, since these are the buttons that you would most likely be using 99 percent of the time anyway. 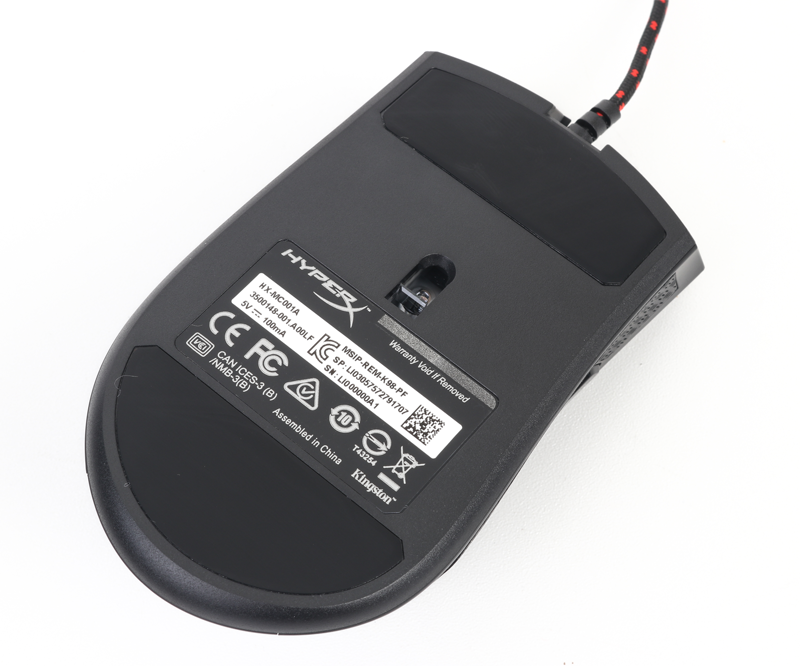 So, we’ve established that the Pulsefire FPS isn’t exactly loaded with a ton of features, but that’s perfectly okay, because it more than makes up for it by being an absolute pleasure to use – regardless of whether you’re frantically swiping around in Overwatch or just casually browsing the web on Chrome.

This is largely due to the form factor of the mouse itself, as it had no problems accommodating our grip, which tends to fluctuate back and forth between a claw grip and a palm grip, depending on the activity at hand. In addition, the spacious side grips of the Pulsefire FPS allowed us to securely clasp onto the mouse using our thumb, ring, and pinky fingers – crucial when trying to precisely track the erratic movement of enemies in first-person shooters.

Speaking of which, we’re happy to report that the PixArt 3310 optical sensor of the Pulsefire FPS was consistently reliable and accurate – never did it felt skittish and the onscreen cursor always ends up where we want it to be.

We also particularly liked the feel of the Pulsefire FPS’s left and right mouse buttons, as they felt primed and ready to actuate at the slightest amount of pressure from our fingertips. They had a tactile feedback that was satisfyingly crisp too. 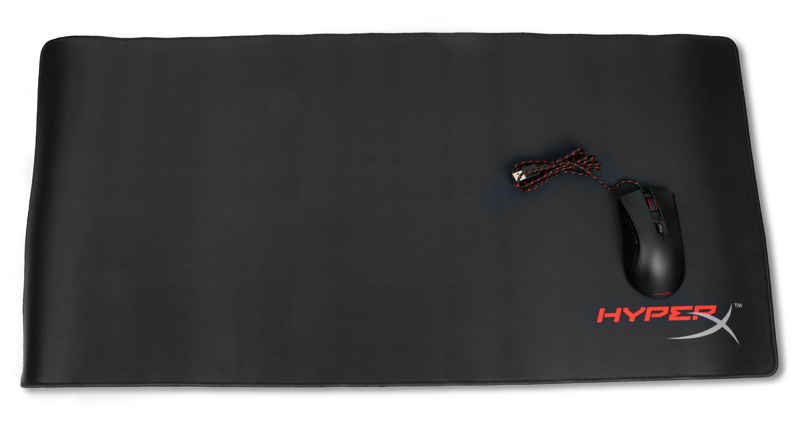 Helping to further improve our wonderful experience with the Pulsefire FPS is the HyperX Fury S mouse mat, which we were fortunate enough to be able to supplement this review with. The Fury S is available in sizes of small, medium, large, and extra-large. The one that we had was the largest of the four sizes.

Suffice to say, the extra-large Fury S has enough room to accommodate a full-sized keyboard. It leaves you with ample space to freely swipe the Pulsefire FPS around using your entire arm instead of just your wrist. All you gamers with a penchant for low DPI levels certainly won’t have to worry about unintentionally swiping your mouse off the silky-smooth surface of the extra-large Fury S. 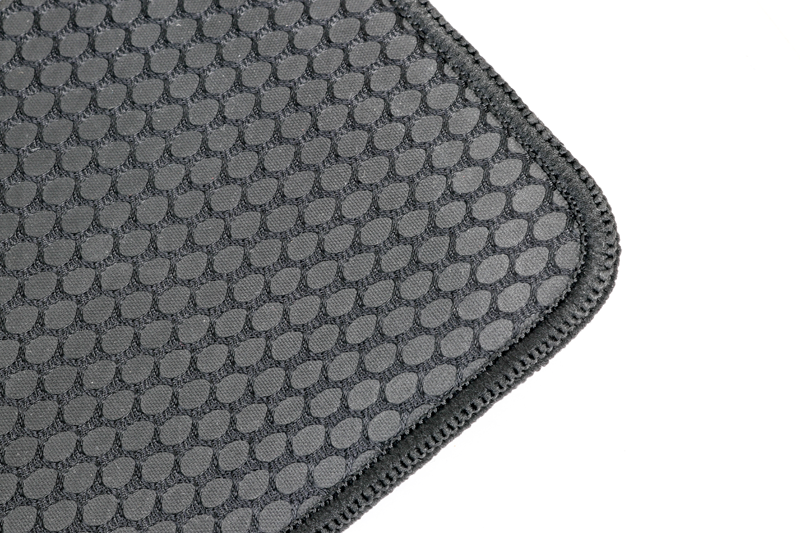 We have to point out that the Fury S is an incredibly solid mouse pad. It has a thickness of 4mm that undoubtedly contributes to its considerable weight, which, alongside its very grippy rubber underside, helps to keep it from slipping and sliding around. Durability shouldn’t be an issue either, thanks to the incredibly thick weave that runs along its four sides to prevent fraying. As a matter of fact, we dare say that unless you intentionally decide to gnaw on the Fury S, it’s highly unlikely that its edges would ever end up unraveling. 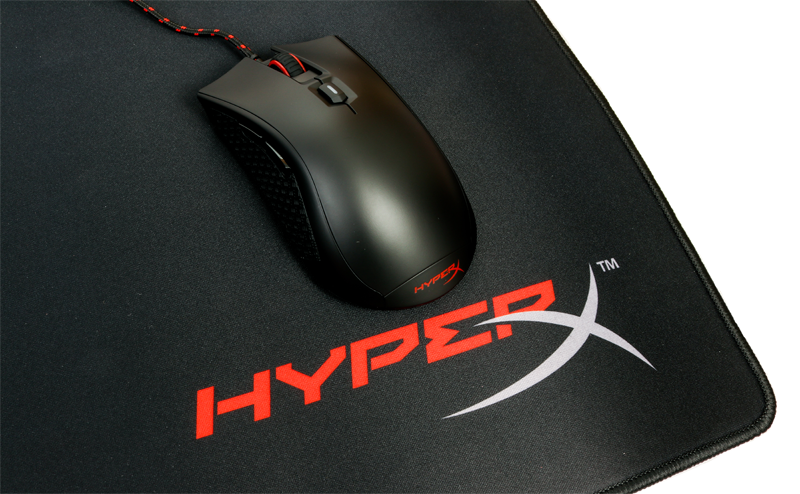 All in all, the HyperX Pulsefire FPS is definitely worthy of consideration if you’re in the market for a no-frills gaming mouse. It might not have that many value-added features as its competitors, but it manages to compensate for it by being thoroughly enjoyable to use, which is a significantly more important criterion in our books.