Intel Z68 Express - What It Should Have Been?

Intel Z68 Express - What It Should Have Been?

Ever since Intel debuted its second-gen Intel Core processors aka Sandy Bridge, the question on the lips of many enthusiasts has been the seemingly deliberate segregation between the two supporting chipsets - Intel P67 Express for those who require discrete graphics, and Intel H67 Express for those using the Intel HD Graphics that's present on every Sandy Bridge processor.

On the one hand, Intel was touting the benefits of the Quick Sync video transcoding feature on Sandy Bridge, sufficient it seems to challenge even the discrete solutions from NVIDIA and AMD. Unfortunately, the design of the P67 and H67 chipset meant that you can either have discrete graphics or Quick Sync respectively, but not both at the same time. On the Intel P67, there are no integrated display outputs and the Intel HD Graphics within the Sandy Bridge processor is basically dormant. With the Intel H67, you can enjoy the benefits of Quick Sync - only if you're using the integrated graphics. However for power users using discrete graphics on the H67 board, you would have to manually switch the display option in the BIOS (and the physical display cable) to use the integrated graphics option; it's just not very convenient for the end user.

Additionally, the Intel H67 chipset locked the overclocking capabilities of Intel's 'K' SKU Sandy Bridge processors though it allows integrated GPU clock tweaking. The Intel P67 meanwhile allows CPU overclocking through unlocked multipliers, but there was no way of using and overclocking the integrated GPU. Decisions and limitations are abound as end users can't get the best of both worlds.

Enter the Z68 chipset, which merges the two - it has display outputs like the H67 and the PCIe lane configuration to support dual SLI/CrossFireX (the H67 only supports a single discrete graphics card by default). It also allows users to tweak the CPU (unlocked multipliers) and the GPU (core and memory tweaking) from the BIOS. Throw in a new feature that Intel is calling Smart Response (but is in fact a way of allowing users to install a SSD as a cache for recently used applications and files), and the Z68 chipset looks like what Intel should have released months ago.

If that's not enough to tempt the enthusiasts, then there's Lucid's Virtu. Introduced originally as a technology to solve the limitations of the Intel P67/H67 chipsets, Lucid is now partners with Intel in disseminating this technology to selected H67 and Z68 motherboards. The ASUS P8Z68-V PRO, the first Z68 motherboard to land in our labs, comes with this software layer, which dynamically assigns the graphics workload according to performance and system load, just like NVIDIA Optimus. Hence for a task like browsing the web, Lucid's Virtu may decide that the integrated graphics is good enough, and switch off the discrete graphics card, saving some power.

Of course, this implies that everything will be going through the integrated display outputs on the motherboard, so one has to connect the physical display cable to the HDMI, DVI or VGA outputs on the Z68 board. Like Lucid's other more well-known software technology, Hydra, users will also have to install both discrete and integrated graphics before they can install the Virtu software driver. 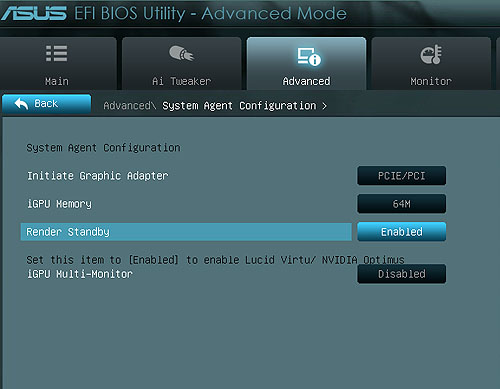 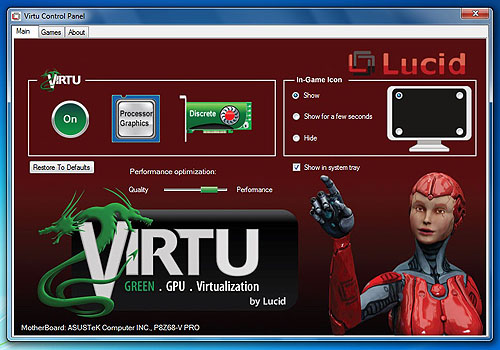 Now that you have glimpsed the Virtu feature, what about the board itself? Well, it's very similar to ASUS' P67 boards, from the color scheme to the UEFI BIOS. 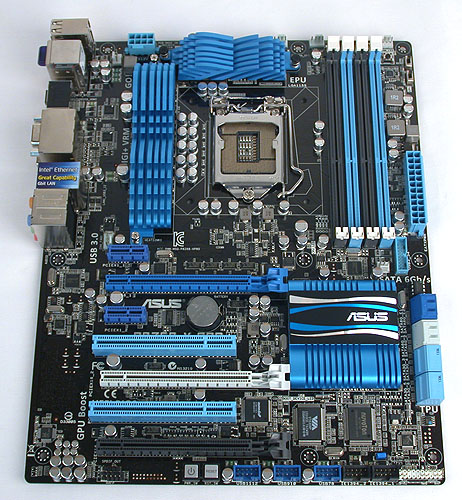 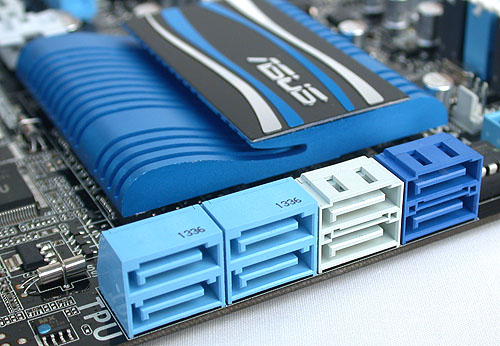