The Rest of the Board

The Rest of the Board

As for the rest of the ASUS P8Z68-V PRO, it's fairly typical by ASUS' standards. Given its upmarket slant, it comes packed with more features than other models, with FireWire, eSATA and extra SATA 6Gbps ports the icing on the storage cake. Don't expect surprises for multi-GPU support however, since the Z68 chipset is identical to the P67 in this respect - just a pair of discrete graphics cards are supported in the x8/x8 configuration. Quad-GPU support is technically possible, but only if you are installing a graphics card which packs two GPUs on a single PCB, like the Radeon HD 6990.

You can make use of the third PCIe x16 slot (in black) but it has a maximum of 4 lanes of PCIe bandwidth and shares this with the neighboring PCIe x1 slots, USB 3.0 header and eSATA, so using this slot will affect the throughput for all these features.

Board layout is typically ASUS and one can probably superimpose a comparable ASUS P67 motherboard over this Z68 board and find the onboard components all within the same ballpark. We didn't find any layout issues (and we don't expect to find any given the market segment this board is targeting). 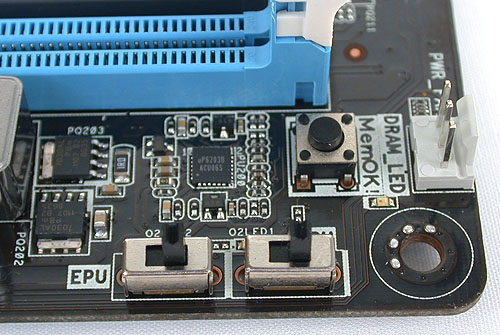 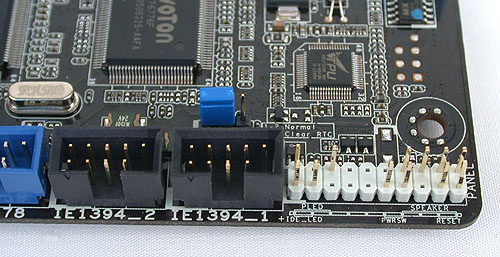 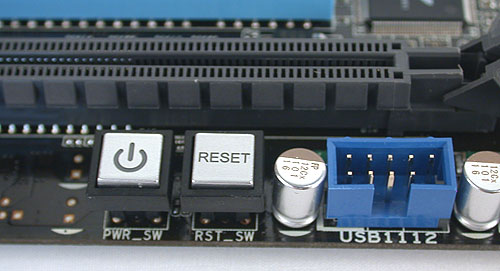 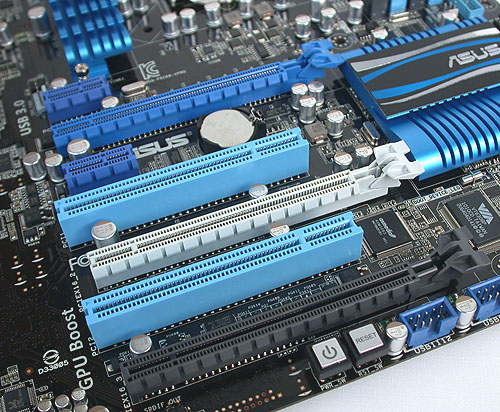 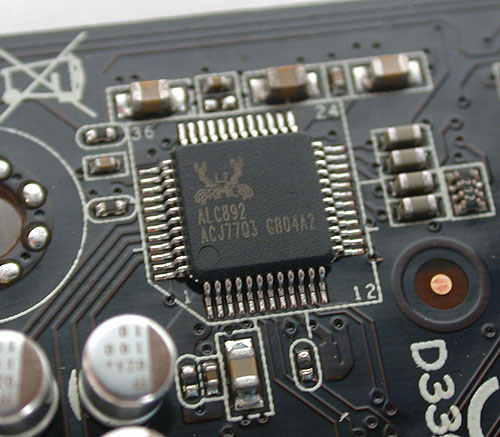 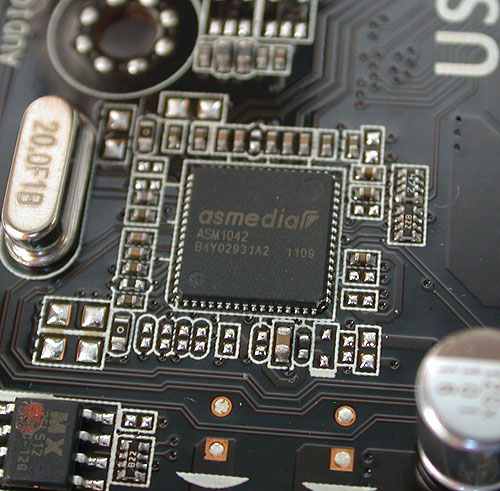 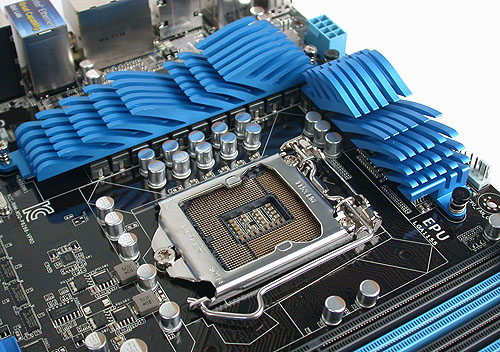 We'll be covering the Z68 chipset in some detail in a future review, where things like Quick Sync and Intel Smart Response will get more airtime. From our brief benchmarking experience however, you can expect the scores on the Z68 to be competitive with the P67 (as expected), so it's not so much the performance, but the features that will be the main draw for this chipset.

Reports so far indicate a May 8th launch for this chipset, though it seems that retailers in Taiwan are already jumping the gun.