The G Flex inherits the same performance specs as the G2, boasting a Qualcomm Snapdragon 800 quad-core 2.2GHz processor with a Krait 400 CPU and an Adreno 330 GPU, as well as 2GB RAM. This puts it on par with the Sony Xperia Z Ultra and slightly behind the Samsung Galaxy Note 3.

We'll be comparing the G Flex against a few of the other popular phablets currently available on the market: HTC One Max, Huawei Ascend Mate, Samsung Galaxy Note 3 and Sony Xperia Z Ultra.

For an in-depth understanding of 3DMark for Android, do head over to our article, "3DMark - Android Device GPU Performance Review." In a nutshell, 3DMark consists of two test sections:

The LG G Flex easily maxed out both Ice Storm and Ice Storm Extreme benchmarks, and as such, we'll just be reporting the Unlimited scores. The G Flex was again impressive in this benchmark, leading the way with a 6% margin over the Xperia Z Ultra.

SunSpider Javascript measures the browsing performance of a device. It not only takes into consideration the underlying hardware performance, but also assesses how optimized a particular platform is at delivering a high-speed web browsing experience.

The G Flex was slightly slower than the Xperia Z Ultra this time, and also trailed the Galaxy Note 3. It was however much better than both the HTC One Max and Huawei Ascend Mate.

In terms of actual user experience, we found the G Flex to be snappy and responsive, easily handling browsing and even multitasking activities without any issues.

The G Flex has almost the same camera module as the G2, utilizing a 13MP shooter with a f/2.4 aperture lens with 9-point autofocus. Unfortunately, it's missing the G2's best feature: optical image stabilization. According to LG, there wasn't space to include it in the G Flex - another compromise for the curved display.

Carried over from the G2, the G Flex's camera app has lots of useful manual control options, including ISO settings and a manual focus slider.

The rear volume buttons can be used both as a shutter button or for zoom. Using the rear buttons to take pictures works really well for selfies as it lets you keep a firm grip on the phone. And if you find the front-facing camera not high-res enough for your selfies, you can actually try using the rear camera, as a new feature lights up the rear notification LED in green when it detects your face and has a good focus - do note that there's no telling what the composition will look like, just that your face is guaranteed to be somewhere on the screen. Still, it's a small step in the right direction to improve selfie photo quality.

Pictures on the G Flex are fairly good, with little noise evident and good overall detail and color reproduction. However, the camera isn't as good in low light due to the lack of optical image stabilization, and even some well lit shots can be a bit blurry at times. For example, it took us two attempts to get this shot: 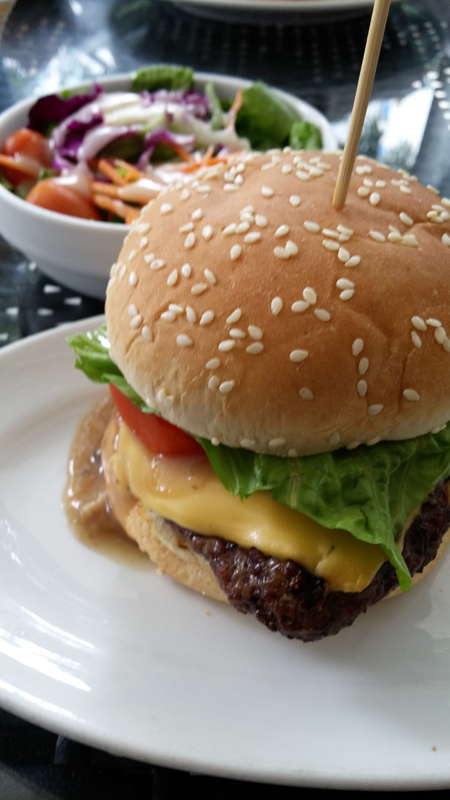 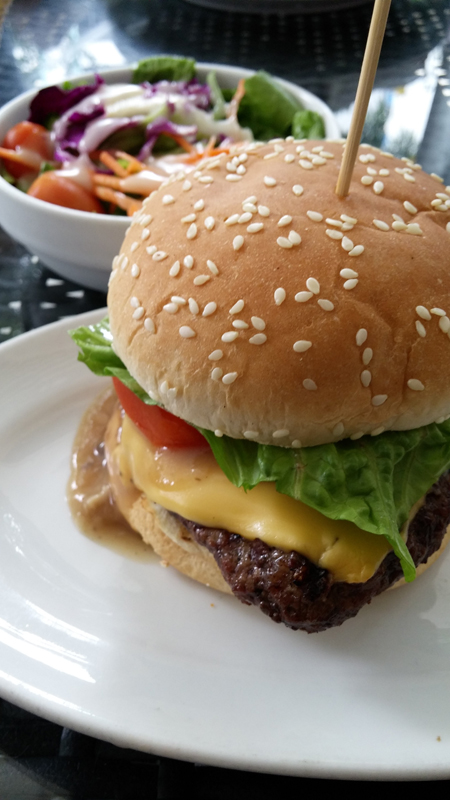 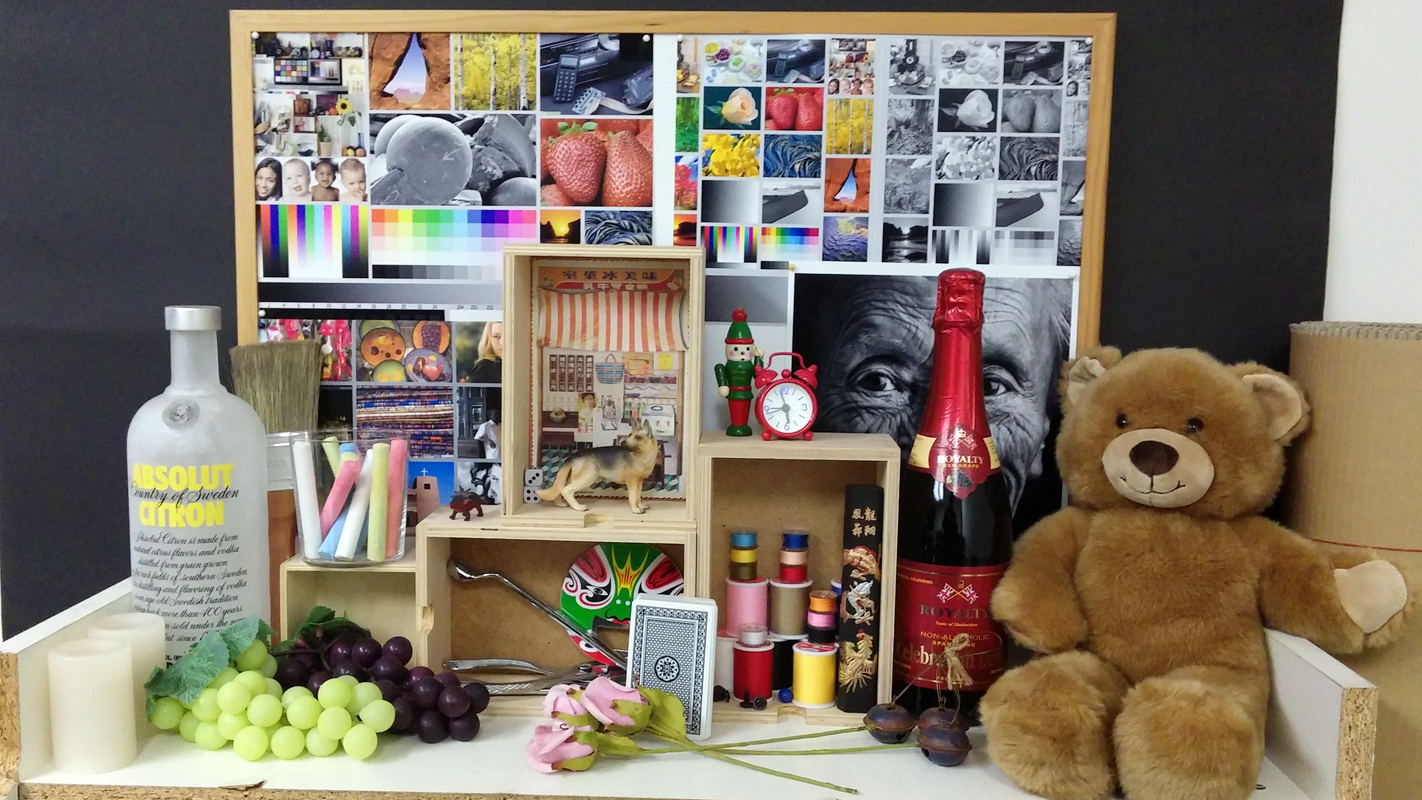 Impressively, LG's battery division has built a fairly large curved form factor battery to fit into the G Flex, which has an above average 3500mAh capacity. In our video looping test, the G Flex lasted for nearly eleven hours, beating everyone except for the slightly smaller Samsung Galaxy Note 3.

In terms of actual real world usage, the G Flex had no problems lasting from 8AM to 11PM, even with the brightness left at maximum the entire time. In fact, by 11PM it still showed 30% remaining, so you could probably go at least 24 hours without a charge. Take note that part of the phone's battery uptime advantage also comes from the fact that most of the compared devices are using a full HD screen, but the G Flex is still using a 720p screen, thus it has much less pixels to light up.

Our Portability score factors in battery life, weight and volume to give you an idea of how easy it is to carry each device around. Owing to its great battery life and lightweight plastic build, the G Flex scores quite high here, trailing only the smaller Galaxy Note 3 for obvious reasons such as size and battery life advantage.

The LG G Flex is certainly impressive; a feat of engineering that proves that LG is at the very cutting edge of technology. And yet, while there's plenty to like about the G Flex, from its solid performance and decent battery life to its self-healing rear, we're still not convinced that anyone should actually rush out and buy one. The curved form factor with its flexible build is very cool but it's no killer feature - LG hasn't done anything to utilize that curve and, other than some vague terms like 'immersive', it's hard to pin point why exactly you should care about having a curved display. While we can build a case for large screen TVs to have a curved design that promotes immersive movie watching when you're seated close to the screen, it doesn't translate as well when you're dealing with small handheld devices. The large 6-inch screen itself makes for a nice portable media player, with or without the curved nature of the screen.

Furthermore, when that curve comes with its own compromises, like a sub-par, 720p display, and no space (on a six-inch device no less) for optical image stabilization and a microSD card slot, you start to wonder if those compromises are worth it. Especially when you start thinking about six months down the road when the novelty factor of having a curved display smartphone starts to wear off, but you're still facing the same limitations it had when you first bought it.

All things considered, the G Flex feels somewhat like an unfinished engineering concept put into production - a G2 that LG has stretched and curved, and installed a much worse display onto. LG had the opportunity to do something really special with the G Flex, but they've not capitalized on it. It's not enough to just curve the display and let it speak for itself. It's impressive yes, now show us why we should care.