The Nexus 5 is powered by a Qualcomm Snapdragon 800 2.26GHz quad-core processor and 2GB RAM, which places it in the same league as the best in the industry today.

We pit the Nexus 5 against the Nexus 4, LG G2, Apple iPhone 5S, Sony Xperia Z1, and ASUS PadFone Infinity (Late 2013) to see where it stands among the competition.

History repeats itself: The Nexus 5 fared badly in the Quadrant benchmark. Its predecessor also suffered a similar fate last when we reviewed it last year. To put its scores in perspective, the Nexus 5 only performed slightly better than the HTC Butterfly and Sony Xperia ZL, which are powered by a dated Snapdragon S4 1.5GHz quad-core processor.

One possibility is that the Quadrant benchmark is not yet optimized for Android 4.4 KitKat or that Google and LG do not bother with optimizing the Nexus 5 for better performance in this benchmark. In any case, benchmarks aren't everything as we've had a good experience using the Nexus 5 for everyday use. The Nexus 5 is on par with the other Snapdragon 800-touting smartphones in the Ice Storm Unlimited benchmark, which seems to suggest that there are other factors at play in the Quadrant benchmark where it did not match up to the performance of its peers.

SunSpider JavaScript measures the browsing performance of a device. It not only takes into consideration the underlying hardware performance, but also assesses how optimized a particular platform is at delivering a high-speed web browsing experience. As seen in the result graph, the LG Nexus 5 has the best performance of any Android device to-date.

Synthetic benchmarks aside, the navigation and usability of the Nexus 5 is almost flawless and smooth. As with all Nexus devices, the user experience of a stock Android interface trumps other Android devices running customized interfaces or skins.

The Nexus 5 is one of the few, but growing list of smartphones to sport optical image stabilization (OIS). OIS is also present in the LG G2, Nokia Lumia 1020, and HTC One. So what's the hype over OIS?

Other than OIS, the Nexus 5 comes with an 8-megapixel rear camera, LED flash, and a 1.3-megapixel front-facing camera. Google markets the Nexus 5 as being able to "capture the everyday and the epic in fresh new ways." With the disappointing imaging performance of its predecessor, we were curious whether the Nexus 5 would fare better. 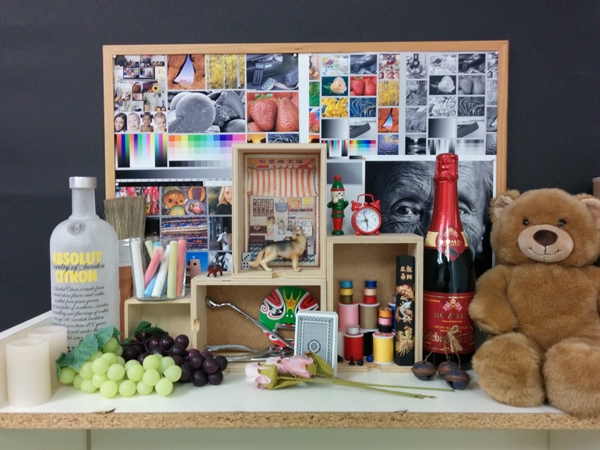 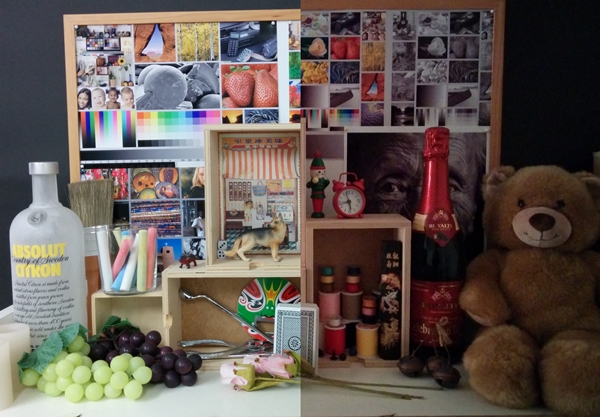 Click here for the full resolution images of the above shots. (1) Normal (2) Low-Light

High Dynamic Range (HDR) is a camera feature found in most high-end smartphones today. It takes multiple photos at different exposure levels and then digitally combine them together to produce an image with a wider dynamic range.

So what's HDR+? Google calls it a smarter HDR mode which can be used to capture "vivid photos by day and sharper photos by night." We put the HDR+ mode on the Nexus 5 to the test:

As you can see from the two photos above, the HDR+ image delivers more saturated colors and slightly sharper images. Having said that, we recommend you to enable the HDR+ mode on the Nexus 5 at all times so that your photos will look more vibrant and the colors more punchy. For full resolution of the images, click here (1) HDR+ and (2) Normal.

The two photos above are taken in a low-light scene – darkened room lit only by a lamp at a corner – and the differences in image quality are noticeable. For example, the dog model looks much sharper and clearer in HDR+ mode. The numbers on the clock (to the right) are more visible too. For full resolution of the images, click here (1) HDR+ and (2) Normal.

Overall, we are pleased with the improvement in image quality on the Nexus 5 although there is room for improvement if Google wants its Nexus smartphones to compete with the likes of the Apple iPhone 5s and other Android flagship smartphones.

On several occasions, we noticed that the Nexus 5 took about two to three seconds to capture a shot. This is especially frustrating for anyone who wants to capture a particular scene at the exact moment. Remember how Google boasted about the zero shutter lag in Android 4.0 Ice Cream Sandwich? That seems to have melted away and taken a break in Android 4.4 KitKat.

Equipped with a 2300mAh battery (considered small for its category), the Nexus 5 naturally did not last as long as its peers. The Nexus 5 managed a battery uptime of 5 hours and 27 minutes, which is half an hour shy of the Nexus 4. Its power consumption is higher than some of its rivals such as the LG G2 (which has a slightly bigger display) and the Sony Xperia Z1. Primarily, the crux of the issue is its smaller-than-expected battery capacity, but that also makes the Nexus 5 a very light device compared to the competition.

In the Portability Index where each device is assessed on its ability to balance battery mileage with its size and portability, the Nexus 5 is almost on par with the Nexus 4. Despite the light weight of the Nexus 5, its short battery life dragged its ranking down when compared to the competition. Fortunately, it's not bad, but it's just average.

But benchmarking gives only one view to this assessment. To give you a more realistic understanding on how the Nexus 5 fared under real world usage conditions, we included screenshots of the usage and history graphs which are available on Android 4.0 and later devices.

As seen from the graph above, the Nexus 5 could last about 28 hours. Screen-on time is about 2 hours and 41 minutes. Some notes:

Our typical usage scenarios include making some voice calls (a total of 2 hours and 16 minutes), texting via WhatsApp, taking some photos and sharing them on social networking sites (Facebook and Instagram), the occasional web browsing via Pulse News Reader, and emailing. Do note that battery mileage varies depending on your usage patterns. As for us, we feel the phone did a decent job despite its small battery capacity.

Can the Nexus 5 fight for the title of the best Android smartphone this year? Probably not, but we see Google making significant progress in ensuring that its Nexus smartphones can hold their own against other Android flagship smartphones.

The price, stock Android interface, and receiving the latest software updates from Google remain the key selling points for any Nexus device such as the Nexus 5. This year, we see Google trying to unify a design language for its Nexus smartphone and tablet – the signature Nexus branding splattered across the back in landscape orientation is just one such example among others. It is a small step in the right direction, but more can still be done in this aspect. Nonetheless, the Nexus 5 feels well built and sturdy.

Google also ensured that the Nexus 5 is equipped with flagship-worthy specs such as the Qualcomm Snapdragon 800 processor, a 5-inch Full HD display, 2GB RAM, and the inclusion of OIS on its 8-megapixel rear camera.

However, there are still areas that the Nexus 5 lagged in. It's a shame to see the Nexus 5 still trailing behind the competition in the imaging aspect after these few years. That's not to say that its image quality is bad. We appreciate features like HDR+, but we expected better of its overall imaging quality to better compete with the top-tier devices from other Android vendors who've paid great attention in this area.

Battery performance of Nexus smartphones has never been remarkable or comparable to its peers, and this trend hasn't been buckled with the Nexus 5. However this time round, the problem lies with its small battery capacity. This makes the LG Nexus 5 very light for a 5-inch screen device but this directly affected its battery life performance in our benchmark test. While it's not very long-lasting for continuous movie watching, it managed a decent battery uptime while using the device for the day-to-day mixed usage scenario. Last but not least, the lack of a memory card slot is still an annoying issue for Android power users who find the onboard storage insufficient for their needs.

Priced at US$ 349 (16GB) and US$ 399 (32GB), the Nexus 5 is a very affordable option for consumers who are looking for the latest Android smartphone. The LG G2 is a viable alternative if one wants good camera performance, longer battery life, and a bigger screen, but you would have to weigh these pros against the much higher price point. Take note though, the LG G2 is priced right for a flagship phone, so it's the Nexus 5 that's tagged with a really attractive price.