After downloading and firing up Logitech's latest gaming software, programming the buttons on the mouse couldn't have been easier. The software has an intuitive interface where user's can choose to create profiles for specific games or program the mouse itself with its onboard memory.

The main menu can be found on the lower portion of the interface where users can move from the home screen to the different parts of the software so that users can program the buttons or adjust the backlight and pointer settings. 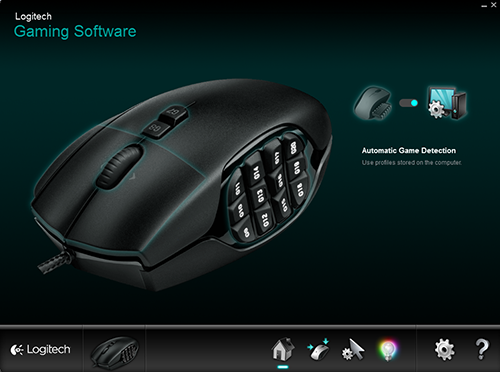 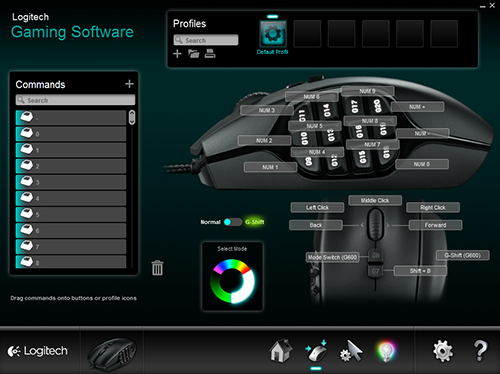 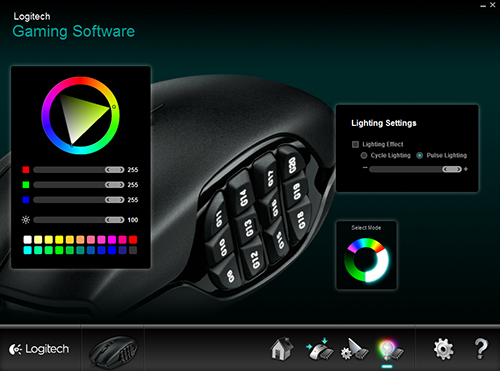 MMORPGs have been continually sprouting everywhere. With this in mind, a lot of gaming keyboards and even mice how feature programmable or macro keys but a lot of them aren't able to provide that balance that gamers want. Logitech brings new light for MMORPG fans out there who take gaming to the next level with its latest gaming peripheral lineup, part of which is the G600 MMO Gaming Mouse.

The G600 brings that perfect blend of design and functionality with its ergonomic shape and easy to locate and push buttons unlike other gaming mice which offer programmable keys but are quite hard to press due to their location. This mouse features a subtle yet sleek design which most would love and the fit and grip it has is just amazing even with small or large hands. We can't seem to see any gripe with this mouse as it performs everything it should smoothly.

For more information regarding Logitech and its products, visit www.logitech.com.