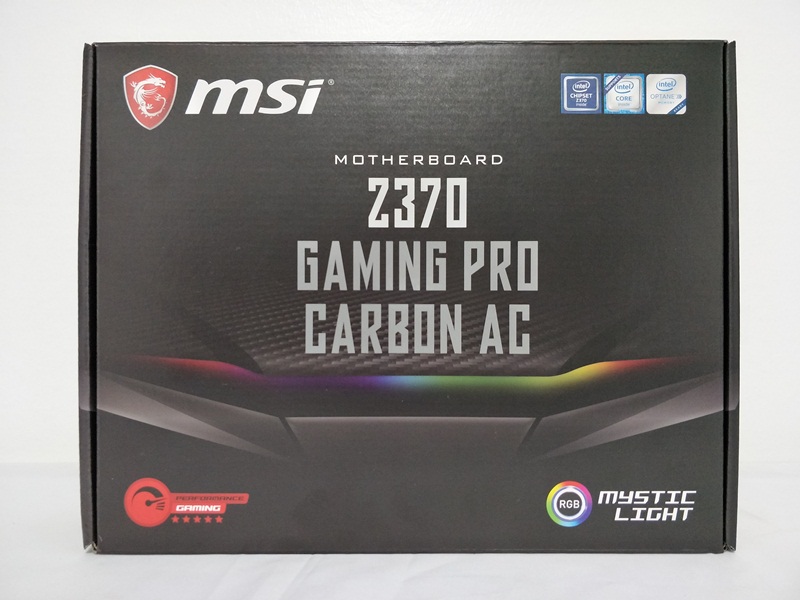 A new Carbon is born

MSI was one of the vendors that rolled out a full range of Z370-based motherboards when Intel launched its 8th Generation Core processors (Coffee Lake) sometime in Q4 this year. Among the 13 board models under its belt topped by the Godlike Gaming version, MSI sent us the Z370 Gaming Pro Carbon AC to test. 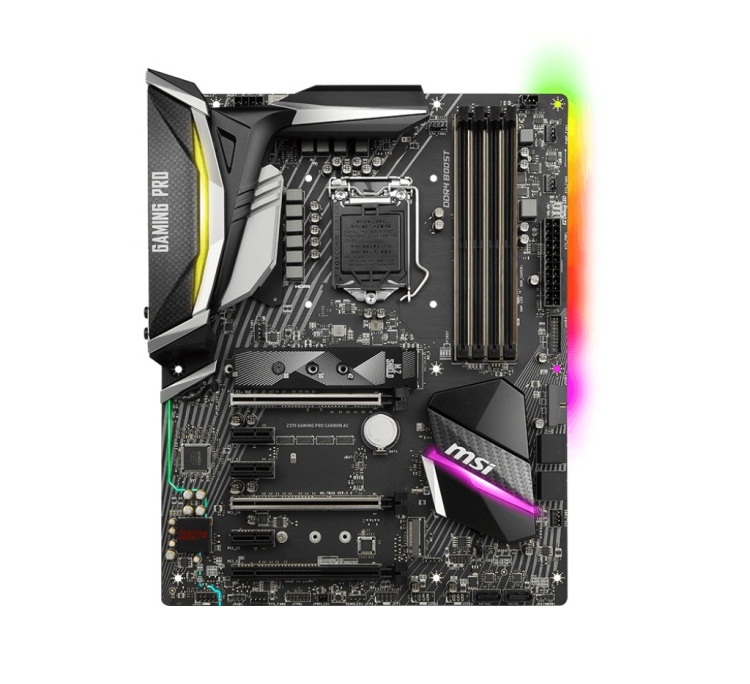 Similar to other board vendors in the market, one of the key features that MSI is promoting for this Z370 board is support for RGB lighting. Working in a similar fashion as Gigabyte’s RGB Fusion, MSI’s Mystic Light utility allows you to personalize the board by means of changing the colors and movement of the embedded LEDs and the RGB setup that you are planning to add to your rig in the future.  Embedded LEDs are located at the sides, on top of the chipset heatsink, audio chip area, and the shroud covering the rear I/O ports. 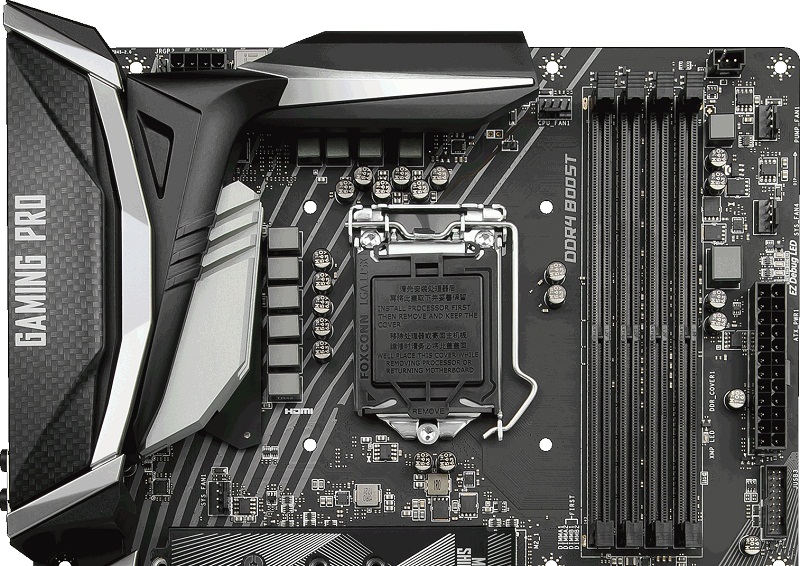 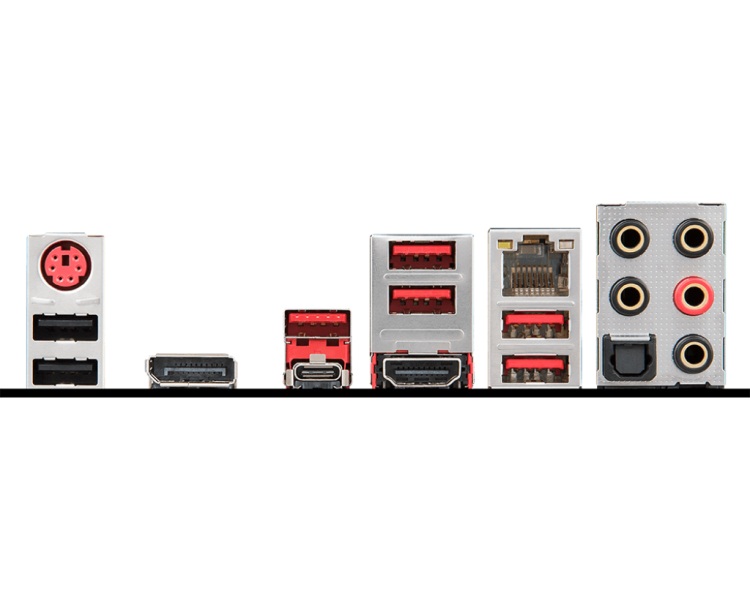 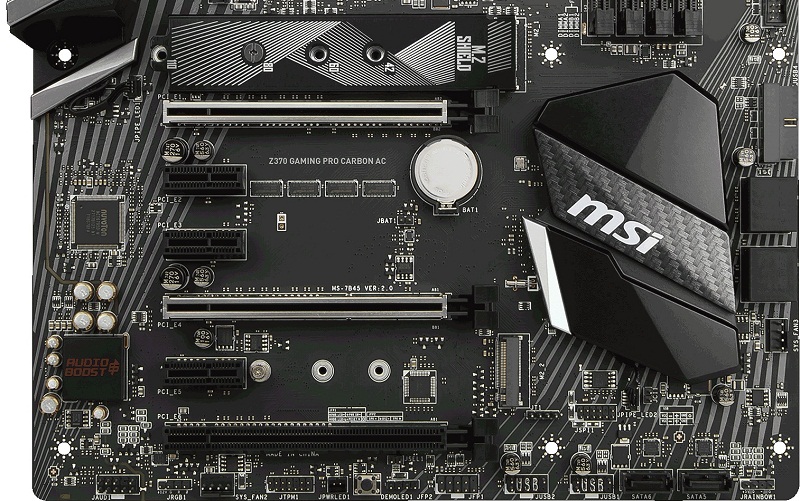 Speaking of the I/O ports, the Z370 Gaming Pro Carbon AC comes with a DisplayPort and an HDMI backed by the Z370’s discreet graphics. Of course, for a gaming-oriented board such as this, onboard graphics is not enough, so MSI added three PCIe x16 slots (all equipped with Steel Armor to prevent bending) to its schema that can support a 2-way NVIDIA SLI or a 3-way AMD CrossFire configuration. Other ports and expansion slots worth mentioning include USB 3.1, three PCIe x1, and two M.2 slots, in addition to six SATA 6Gbps connectors for storage. MSI also bundled the board with an Intel Dual Band Wireless-AC 8265 card for additional Bluetooth and Wi-Fi capabilities. 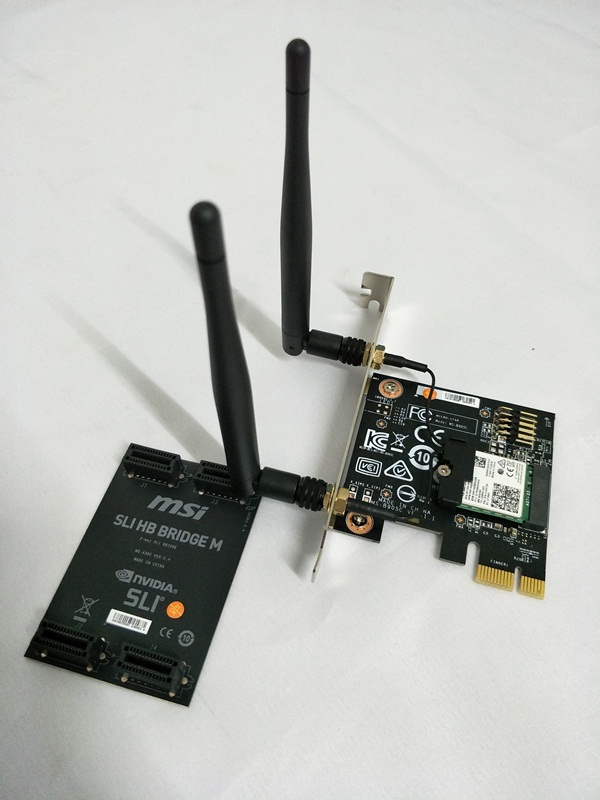