The Nikon D3100 - A Small Camera with a Giant Punch

Ever since the D40's debut in 2006, Nikon has been steadily releasing a cadre of entry-level basic DSLR cameras with attractively low prices. And for good reason, entry-level to prosumer models sell more than niche professional models.

But the entry-level DSLR camera, which has become more popular thanks to consumers who graduate from compact cameras, is facing ever greater competition in today's market, which includes Olympus' and Panasonic's Micro Four Thirds cameras, Samsung's NX cameras and Sony's NEX series. All of them feature interchangeable lenses, and promise higher quality images than compact cameras with sensors larger than compact cameras or even as large as entry-level DSLR cameras' APS-C sensors.

After Nikon introduced the impressive entry-level D40 and D40x, they released the D3000 in mid-2009, which introduced Guide mode for beginner DSLR users. However, it also introduced much higher image noise that dragged its ratings down. Can the D3100 do better than its predecessor - and more importantly, stay relevant to the entry-level photographer? We find out in this full review. 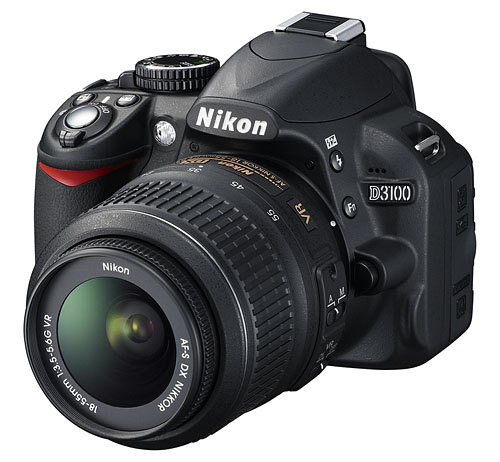