The Nikon D5100 offers much more than its predecessor, improving upon it in every which way. The body is smaller, lighter and easier to grip. The LCD has been enlarged, has a finer resolution image and now swivels from the side instead of the bottom. ISO performance has been improved to a stunning level, following after the impressive D7000, letting you shoot at high ISO settings with less noise. The camera now comes with an external microphone jack for better sounding video, but alas, there isn't a PC jack for off-camera flash control.

Auto-focus is fast and accurate, even in Live View. AF in Live View is still slower than when shooting through the optical viewfinder, but it's a hair faster than the Live View AF we've seen on other DSLR cameras. Nikon already had a good thing going with the integrated Live View lever and video Record button on the D3100 and D7000, but unfortunately those have been re-designed for the D5100 and not in a better way. If there's one thing we dislike about the camera, it's that - but it's a rather small complaint in comparison.

The new Effects mode and HDR feature should provide some entertainment to the enthusiast, but the D5100 is targeted more toward an advanced beginner who's looking for something more compact and affordable than the D7000. In other words, while the D7000 is a semi-pro/advanced enthusiast (my, how the lines are blurring) camera, and the D3100 a simple, beginner's DSLR, the D5100 falls somewhere in-between.

However, the listed prices for the D3100 (S$949) and D5100 (S$1199) are so close that we're going to go out on a limb and say that if you're debating between both cameras and price is the deciding factor, it may be more worth your while simply to save up the S$250 and go for the D5100, which gets you so much more in terms of performance. Someone who wants a DSLR to grow with a deepening study of photography has a higher price bracket to climb though, with the D7000 kit at S$2299, which is the camera we'd recommend if you want a camera with more accessible controls, better ISO and frames per second performance, a built-in AF motor which is compatible with more lenses and a PC jack for external flash.

In our humble opinion, that's how the D5100 stands in isolation - a solid camera with great image quality - and in comparison - a tool that both a beginner and an advanced user will enjoy. 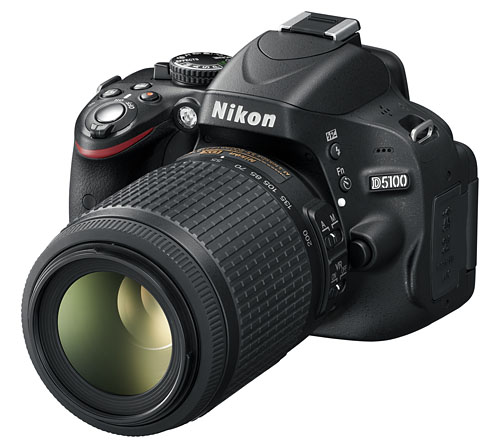