The D5100 is a shorter and slightly slimmer camera than the D5000, and also slightly lighter. Like the entry-level D3100 and the D5000, the D5100 shaves size and weight off by excluding the auto-focus motor found on higher-end models. That means the number of lenses the D5100 can use with auto-focus is limited to those lenses with AF motors built-in. 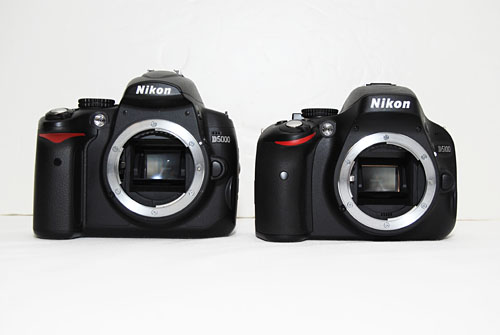 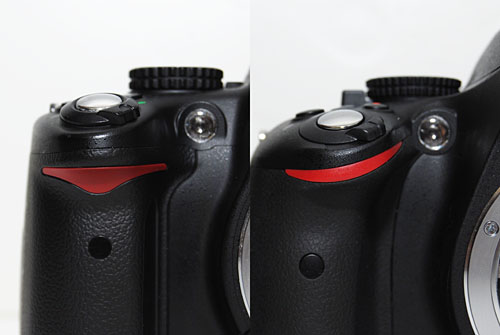 While the D5000 had an articulating LCD which pivoted from the bottom, the D5100's screen pivots from the side of the camera. It's easier to use this way, and it doesn't get in the way when the camera is mounted on a tripod. 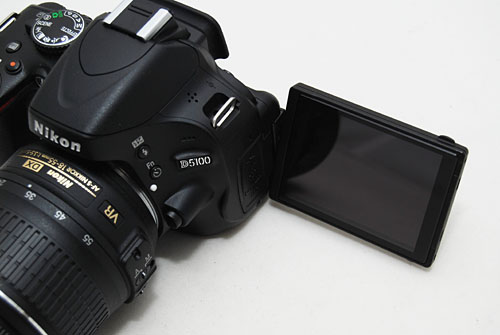 As a result of the LCD screen now pivoting from the side, the buttons on the side of the camera have all been shifted. While the Play and Zoom buttons find easy to reach locations beside the d-pad, the Menu and Info button have now been shifted to odd and hard to reach places above the screen. The thumb-rest has been widened, and in line with the curvier shapes of the D5100, is more contoured than the D5000's, making for a more comfortable grip. 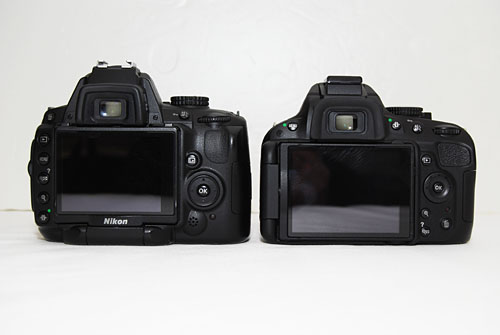 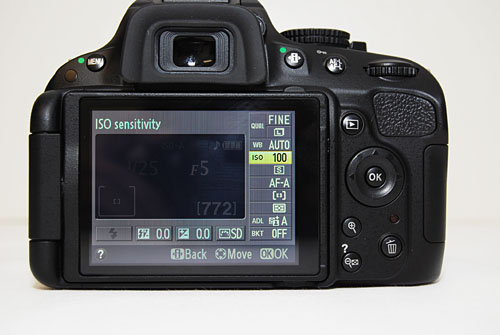 Like on the D7000, there's no dedicated Video mode on the mode dial, which wouldn't be so bad if Live View has black bars to approximate 16:9 HD shooting. But it doesn't, so you're not able to frame a video shot precisely before pressing the Record button, which is the only time the black bars appear.

We've made this criticism of the Canon EOS 600D, so it's fair to repeat it here. The video Record button does nothing unless you're in Live View mode, and that's a drawback in this day and age when competing cameras like the Panasonic Micro Four Thirds G-cameras let you record video immediately with their Record buttons no matter which mode you're in. 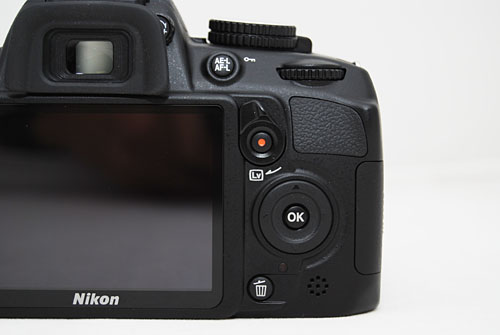 Even though there are a few inconveniences with the camera, the D5100 handles well most of the time. It's a more comfortable camera to hold than the D5000 as it is smaller and lighter. Swiveling the LCD from the side makes more sense than swiveling it from the bottom. The Menu and Info buttons are more difficult to reach as a result but it's nothing you can't live with. It's too bad Nikon re-designed an already good Live View flip lever and made it more difficult to use on the D5100.