Nikon introduces a new Effects mode, with seven effects that are applied as you shoot. They include a miniature effect, which makes your subjects look like toys, high key and low key effects for an over or underexposed look, and color sketch for a sketch-like picture. While they may seem like gimmicks, they can actually be quite fun in practice. If you don't like applying destructive filters to your images, most of the effects are actually available in the Retouch menu. We had mixed results while playing with the new High Dynamic Range (HDR) function. When using the HDR function, the D5100 shoots two shots of varying exposures and combines them in-camera into a single image. Depending on the scene, you might even be able to shoot handheld if neither of the two exposures are too long. The HDR effect is more subtle than fantastical; unlike the more intense HDR images out there, the D5100 produces HDR images which are more realistic.

While the new feature is welcome, there are a few things that could have been improved. The function is buried inside the Menu, making it more difficult to activate, and once one shot is taken the function is switched off automatically. It would have been simpler if the HDR function had been listed under Effects mode. The camera only saves the final combined image, and it could have been better if it saves the originals as well, in case the final image contains artifacts like ghosting from moving objects. 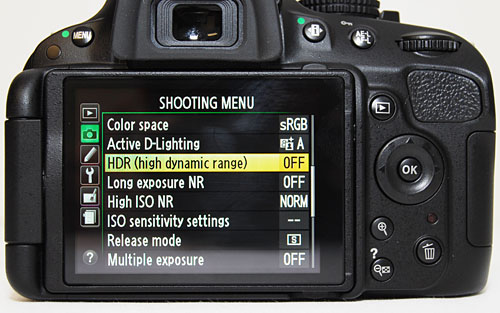 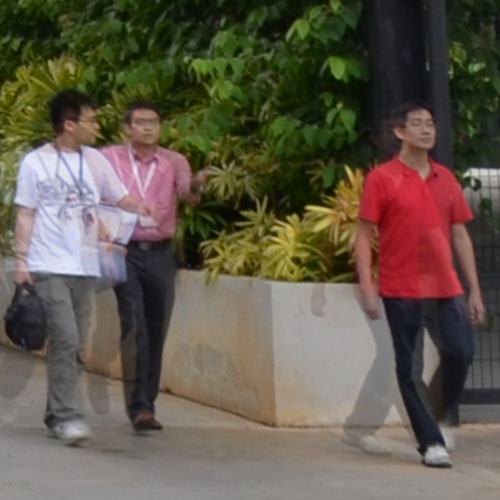 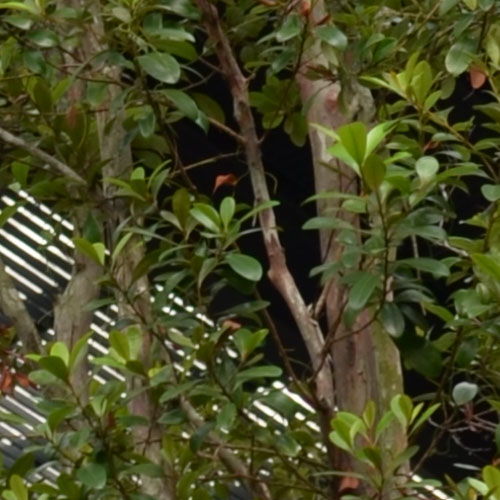 You can leave the difference in exposures to be set automatically by the camera, or manually set it to a difference of 1, 2 or 3EV. Depending on the scene, that might or might not give you a lot of latitude - it certainly won't give you as much latitude as a larger sequence of HDR images you shoot and combine yourself, and the D5100 doesn't manage to expose for all highlights and shadows in a image with a wide difference in brightness levels.

As such, the HDR function is a convenient and automatic supplement to your photography, not a replacement for a more complete but more tedious manually composed HDR image. With the 3EV limit in exposures, we found that the HDR function produces images that look more like higher dynamic range photos, rather than high dynamic range photos - which isn't a bad thing at all if you find yourself shooting in difficult lighting conditions.