The Nikon D5200 sits somewhere as an above-average entry-level DSLR camera, targeted for the budding beginner - not quite as basic as the D3200, not quite as proficient as the D7000 and not quite as hardcore as the D300s. Byzantine, we know, but that's the way the specs roll. You can think of the D5200 as a cross between Nikon's D3200 and D7000, with a boost from the D4 and its own unique Info screen.

Its uniqueness comes from the three large animating icons for shutter speed, aperture and ISO values. It's a brand-new skin designed to help the budding photography make sense of the exposure triangle. Inside, the D5200 comes with a high-resolution 24.1MP image sensor – the same high resolution introduced in the D3200, but not the same sensor – with ISO speeds up to ISO 25,600. That boost from the D4 is the Expeed 3 image processing engine; based on but not the exact same one found in the flagship.

From the D7000, the D5200 receives the Multi-CAM4800DX auto-focus module. That's currently two-year technology but is the most current AF system for Nikon's DX cameras (the D300s' Multi-CAM 3500DX autofocus module is nearly five years old by now). Thus the D5200 comes with the same 39 AF points as the D7000, with nine cross-type. 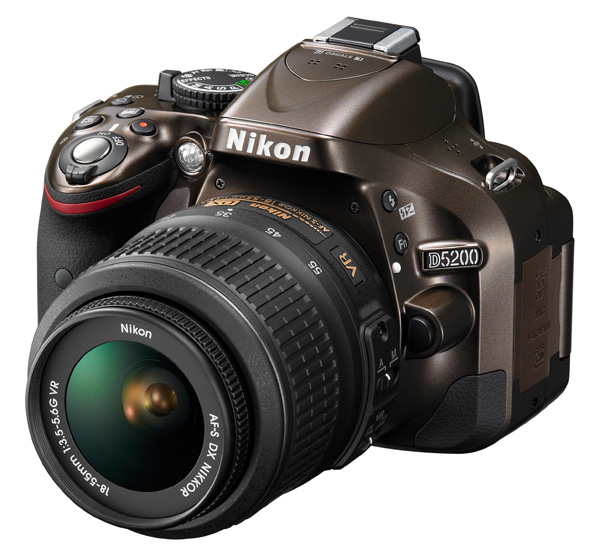 The outer body remains largely the same as the D5100; the buttons stay where they are with the addition of a single Shooting Mode button on the top plate. The swivel LCD monitor maintains its 921,000 dots resolution, a disappointment when Canon seems to have made 1.04 million dots a standard on its DSLR cameras.

Our viewfinder had a slightly yellow tint to it, but it might just be our model. Check yours before paying.

A single Fn (Function) button sits beside the lens mount where your left hand grips the camera, and can be programmed to open up the ISO settings. So together with the Exposure Compensation button right below the shutter release, you can (with the help of a little muscle memory) adjust all three legs of the exposure triangle without taking your eye off the viewfinder.

If you're wondering just what the exposure triangle is, here's where the D5200 proposes to help you. Shutter speed, aperture value and ISO sensitivity each affect your final exposure, and therefore each other. The D5200 tries to explain this relationship – in Aperture Priority mode for example, changing the aperture value sees the shutter speed icon animate and change as well. 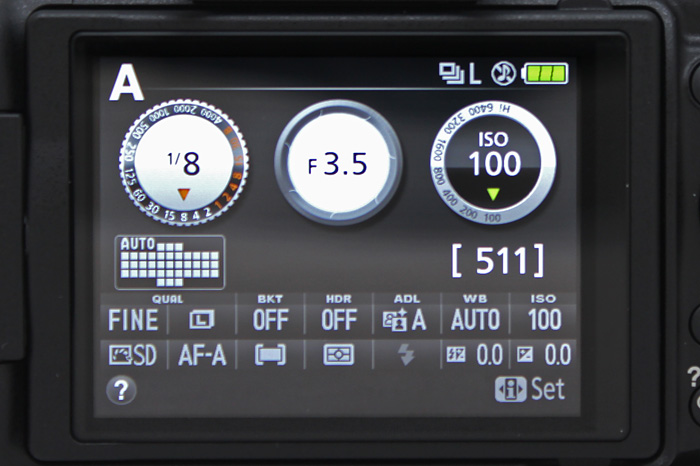 When you adjust the ISO speed, the camera shows you how the shutter speed is impacted. If a particular setting is too high or too low, its icon will blink to warn you (it never blinks for ISO though).

It's an interesting feature, but incomplete. Only the aperture animation makes sense for example, the icon will animate an opening and closing of the aperture as you change the settings. Shutter speed is just a number and there's no clue as to which number denotes a faster or slower speed, and neither is there any for what ISO does. Still, budding photographers might find this feature useful, but they'll need to know at least what these three settings do and how they relate to each other, before they pick up the D5200.

Overall, the D5200 handles well. The Info menu lets get into most essential settings, like white balance and AF-area modes. To Nikon's credit, they've ported over the automatic minimum shutter speed option for when you switch on Auto ISO; the camera will determine the value based on the present focal length of your lens. One glaring omission however, is the inability to set Auto ISO within the Info menu or via the Fn button. So turning on or off Auto ISO requires a deep dive into the menu instead. 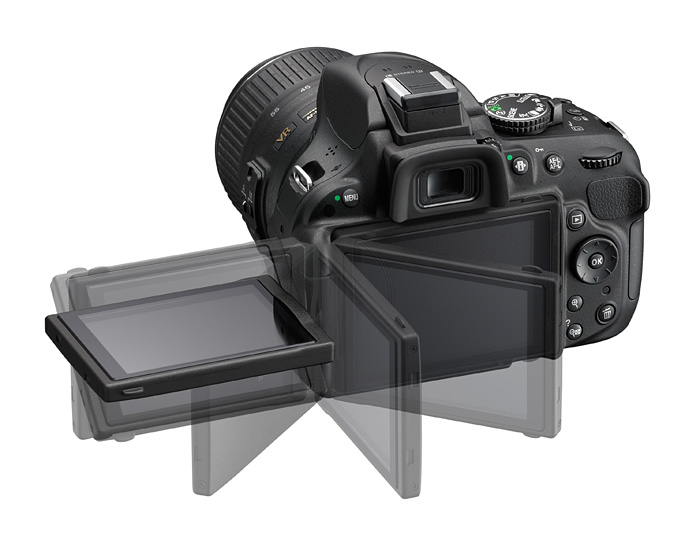