The Lumia 625 is a part of Nokia's strategy to deliver "leading smartphone innovation and experiences at every price point". Just recently we reviewed the company's first phablet device, the Nokia Lumia 1520, which goes up against the best in the industry. The Lumia 625 is aimed at the opposite end of the market to champion a new value phone proposition. While smartphones pegged at similar price points are usually categorized as entry or mid-level devices, the Lumia 625 is an interesting handset as it sports a decent 4.7-inch display and supports 4G LTE connectivity. Can the Lumia 625 fulfill Nokia's objective of reaching out to the mass market? Read on to find out.

Simple and colorful are two words that we would use to describe the Lumia 625.  It is dressed in the all-familiar Lumia polycarbonate chassis which comes in four colors: black, white, yellow and orange.

Unlike the Lumia 1520 and other models which have different surfaces for different color options, the Lumia 625 has chosen a matte surface for all the colors. A matte surface offers better handling as it is not as slippery as a glossy surface, and it is not a fingerprint or smudge magnet. 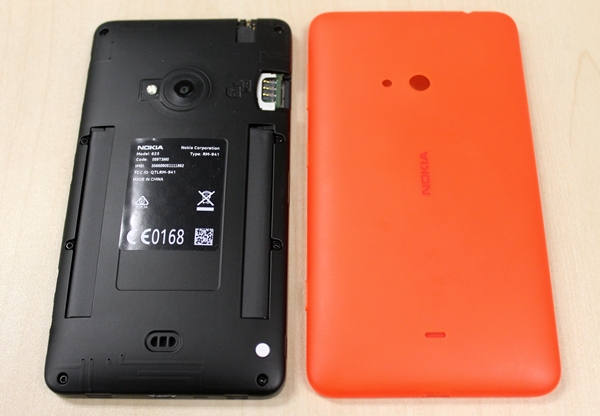 In line with recent trends of personalizing the phone, the back cover of the Lumia 625 is customizable with a range of color shells. According to Nokia, the interchangeable shell is constructed of a single piece of translucent polycarbonate layered with an inner color designed to amplify and bring to life the final color choice.

Although the customization is not as extensive as what Motorola does with the Moto X, Nokia's efforts are commendable for a device like the Lumia 625. Its direct rival in this aspect is the upcoming Moto G, the global and more affordable variant of the X which has 7 different colored rear covers.

At the time of its announcement on 23 July, the Lumia 625 was the largest device in Nokia's portfolio with a 4.7-inch display. However, it was superseded by the 6-inch Lumia 1520 and 1320 in late October. Nonetheless, the Lumia 625 has one of the largest displays in its class alongside the Nexus 4, Sony Xperia SP and HTC Desire 601.

The display panel used in the Lumia 625 is an IPS LCD, but with a resolution of 800 x 400 pixels. This works out to a mediocre pixel density of 201ppi. Pixelation in the fonts are noticeable and the viewing experience obviously pales in comparison with the Desire 601.

Viewing angles are good which is expected of an IPS panel. The display also comes with super sensitive touch technology that allows you to use the Lumia 625 even with gloves on.

The Lumia 625 ships with Windows Phone 8 OS with Nokia Lumia Amber update. What do these terms mean? Well, Windows Phone updates are divided into two categories: firmware and OS. Microsoft obviously handles the OS portion, while OEMs such as HTC and Nokia use the firmware to tweak settings to work with their respective hardware. The Lumia Amber update includes the following new features:

As a value-oriented smartphone, the Lumia 625 is powered by very tame specs such a Qualcomm Snapdragon S4 dual-core 1.2GHz processor and 512MB RAM. Here's the full specification list and how it compares against other value-oriented LTE capable phones:-

SunSpider Javascript measures the browsing performance of a device. It not only takes into consideration the underlying hardware performance, but also assesses how optimized a particular platform is at delivering a high-speed web browsing experience. Compared to the other Android phones, the Lumia 625 did remarkably well in the SunSpider Javascript with a score of 1134.6ms. From our experience, Windows Phone devices generally perform better in this test than competing platforms, which bodes well for general usability.

The Lumia 625 sports a 5-megapixel rear autofocus camera with a sensor size of 1/4-inch and an aperture of f/2.4. Nokia has packed in quite a number of software features for the rear camera such as:

That said, here's how the phone fared in our sample test shot:- 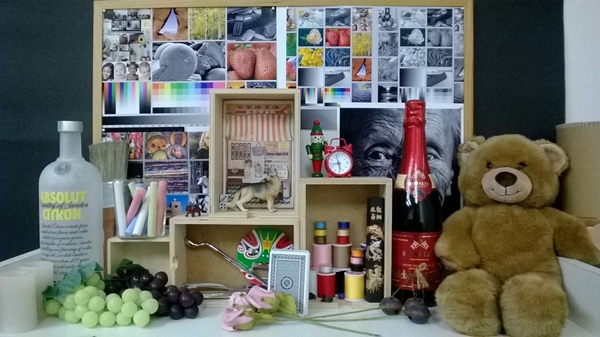 Equipped with a 2,000mAh battery, the Lumia 625 lasted six hours which isn't too bad a mileage when compared to its Android counterparts. Although it has the biggest display and second smallest battery capacity, the Lumia 625 managed to outlast the Xperia SP and Optimus F5. Calculating its power consumption numbers revealed that it has the second lowest power draw, but that's not surprising considering that its screen requires lesser pixels to power.

We measure the portability of a device by calculating its battery life to (weight x volume) ratio. As the Lumia 625 has one of the biggest form factors in this comparison (due to its large display) and is the heaviest among the phones compared, it didn't shine in our Portability Index. Considering its design parameters, its actually decent.

The upcoming battle for mobile supremacy will center around the entry-level to mid-range segments where the market is estimated to consist about 500 million customers. Is the Nokia Lumia 625 the budget smartphone that these customers are looking for?

Well, it is hard to deny that the Lumia 625 delivers an attractive package that manages to strike a neat balance between price and specifications. The pull factors for the Lumia 625 are its 4G LTE support, 4.7-inch display, microSD card support, Nokia's suite of apps, and its PhP 13,200 price tag. Even so, in this day and age, a low resolution like 800 x 480 pixels is a bit harsh, especially on a large screen. Nokia could have bumped up the display resolution to make it more enticing. In some ways, the Lumia 625 is a larger-screen value-edition of the well accomplished Lumia 820 that earned our best value award over a year ago.

In a nutshell, if you're game to try out the Windows Phone 8 platform and aren't fussy with how sharp your text, photos and icons should look on screen, then the Nokia Lumia 625 has a good set of features that value seekers would appreciate. It is by far the most affordable 4G LTE smartphone available at this point of time and doesn't let you down on general usability.