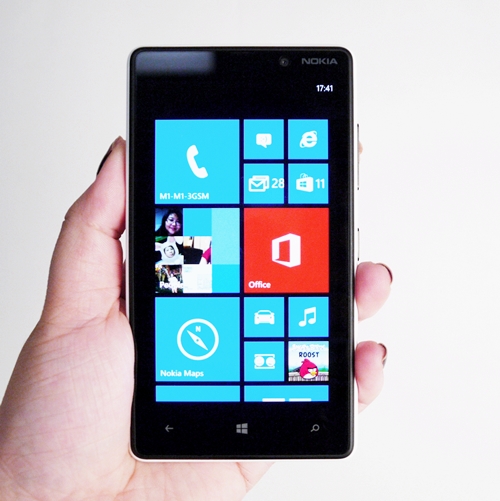 The Nokia Lumia 820 will probably be in the shadows of its majestic Nokia Lumia 920 brother but rightly so. Like the Windows Phone 8S by HTC to its 8X's sibling, the Lumia 820 is what we would call an affordable version of the Finnish company's flagship Windows Phone 8 (WP8) device. Off the bat, there aren't that many differences - like the 920, the Lumia 820 comes with a powerful dual-core Snapdragon S4 1.5GHz processor and 1GB of RAM. If we take a closer look however, you see more glaring omissions like a smaller 4.3-inch (without Pure Motion), lower resolution screen and an 8-megapixel camera (without PureView), things that mattered on the Nokia Lumia 920. Still, the baby brother comes with plenty of attractive features, making it a tempting option for those looking to switch over to WP8 camp. Will there still be an audience for its smaller sibling then? Let's find out.

While the Lumia 820 does bear significant resemblance to the Lumia 920, it certainly still holds its own. The Lumia series' classy polycarbonate body has been modified of sorts on the former, with it taking on a less angular form and sporting a removable back cover. Not that we are complaining anyway; its rounded edges make it much easier to hold compared to the Lumia 920 and beneath the cover lies an extra SD memory slot (which is not available on the 920). That plus its smaller frame and lighter 160g body makes handling an overall more positive experience. We could easily wrap our hands around the device and get a secure hold of it. 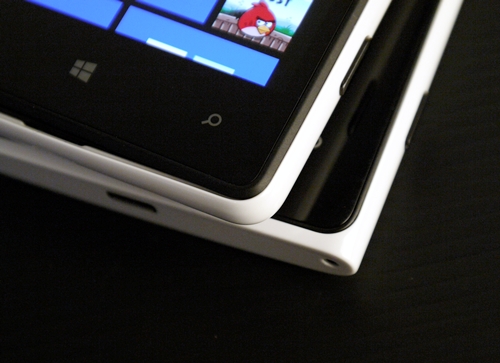 This, however, in no way plays down on the Lumia 820's sturdiness or level of construction - like its bigger sibling, it feels like it would be impervious to knocks and hits. Nokia has cut a fair bit of 'frills' on the 820 - the device looks much smaller than the 920 despite a slightly diminished 4.3-inch screen (920 comes with a 4.5-inch one) due to the fact that a significant amount of bezel space has been removed. As such, the three touch buttons are now given less real estate. We encountered no problems with usability in this area but users with bigger hands might find this to be an issue. 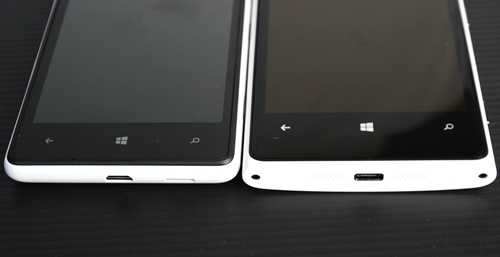 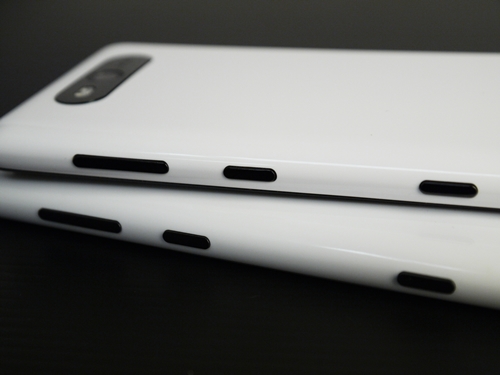 Otherwise, everything remains pretty much the same - small design touches extend to the buttons on the device as well, with silver-accented touch buttons framing the front when unlit. The black hardware buttons are all aligned on the right which makes for simpler operation; they include the volume rocker, power and camera functions. If there's something we have to complain about, it's in how ridiculously hard it is to remove the back cover to get to our micro-SIM and microSD cards. 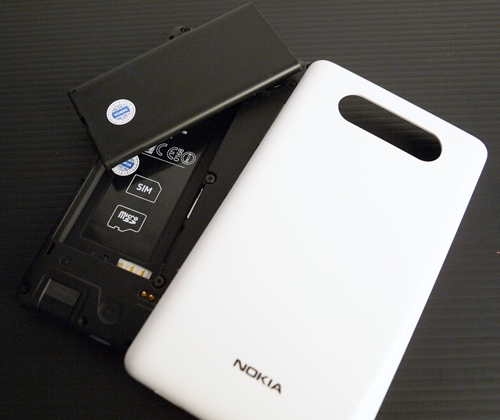 The Nokia Lumia 820 comes with the latest Windows Phone 8 operating system and the same software additions as its bigger sibling. As the device also comes with integrated Wireless Qi charging, it will work with the same pool of accessories that we have tested on the Lumia 920.

With its dual-core Snapdragon S4 1.5GHz processor and 1GB RAM, the Lumia 920 and likewise, the 820, lived to expectations. 1GB of RAM is good enough for multi-tasking, and as we mentioned earlier, task switching proved to be snappy and we saw no lags in performance even when we activated several applications (including more intensive game apps) in the background.

Thanks to the new mobile Internet Explorer 10 within the OS, web browsing is extremely speedy. To give you an indication of how blazingly speedy it is, the Nokia Lumia 820 scored 907.6ms on the SunSpider Javascript benchmark test. As a point of reference, the test measures time taken to execute JavaScript routines such as encryption and text manipulation; a lower score is a better score as the results are in milliseconds. In comparison, the Galaxy S III LTE scored a higher 1216.4ms while the iPhone 5 fared better at 917.3ms. Traditionally, iOS devices have usually come up tops on the test with their Safari browser, but not this time. For those interested to know, the Lumia 920 scored a similar 909.2ms. This means users don't lose out in terms of general performance if they are also considering the lower-end WP8 devices like the Nokia Lumia 820.