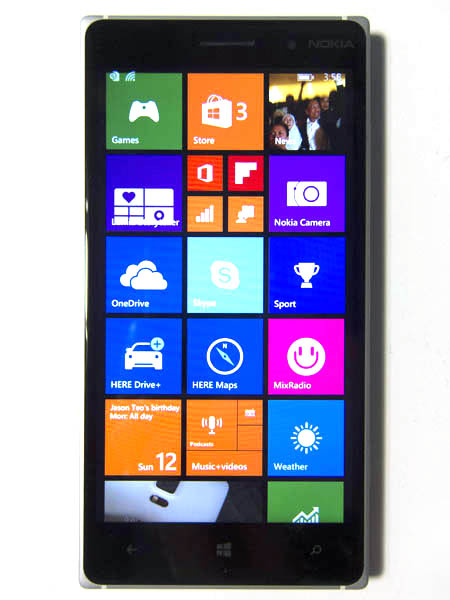 Microsoft has been struggling to gain mobile market share since 2010, starting first with Windows Phone 7, and now with Windows Phone 8. Nevertheless, its acquisition of Nokia Devices and Services division last year signaled renewed efforts to compete with iOS and Android, and the buyout now puts Microsoft in a similar situation as Apple, with complete control over both hardware and software services.

Shortly after the acquisition, the newly-minted Microsoft Mobile unveiled Lumia Denim, an update of Windows Phone 8.1. It also announced new Nokia Lumia devices that will arrive with the new Lumia Denim update: Nokia Lumia 830, 730, and 735.

The Nokia Lumia 830 is marketed by Microsoft as an "affordable flagship device", promising to offer a high-end experience with a mid-range price. With an suggested retail price of PhP 18,990, can it live up to Microsoft's claim? Let's find out. 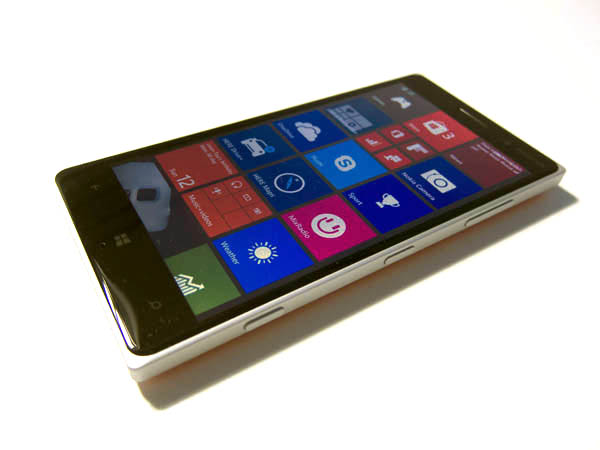 The Lumia 830 follows the design philosophy of all 2014 Lumia devices, and in fact, looks almost indistinguishable from the more expensive Lumia 930, Microsoft's current top-end mobile device. Like the Lumia 930, the phone has a matte grey aluminum frame, and a Corning Gorilla Glass 3 screen that curves gently at the edges, resulting in a luxurious and classy look and feel. Microsoft has done a great job here, as it's rare to see such high-end design features on a phone in this price range, as these details can be quite costly to manufacture. In fact, you could even make the argument that the Lumia 830 boasts a more premium design than the Lumia 930, as it's actually thinner, coming in at 8.5mm compared to the latter's 9.8mm.

In hand, the Lumia 830 feels relatively light, and at 150g, it's actually 17g lighter than the Lumia 930. Its weight is comparable to that of other 5-inch flagships phones and, despite its relatively light weight, the phone feels solid and well built, thanks to its aluminum frame.

One area where the Lumia 830 differs from the 930 is the location of the micro-USB port. On the 930, it could be found at the bottom of the phone, but here you'll find it at the top, next to the headphone jack. The design may make the phone easier to use while charging, but its presence does mar the elegance of the aluminum frame since the top view is more often seen than the bottom. Nevertheless, this is a very minor design note. 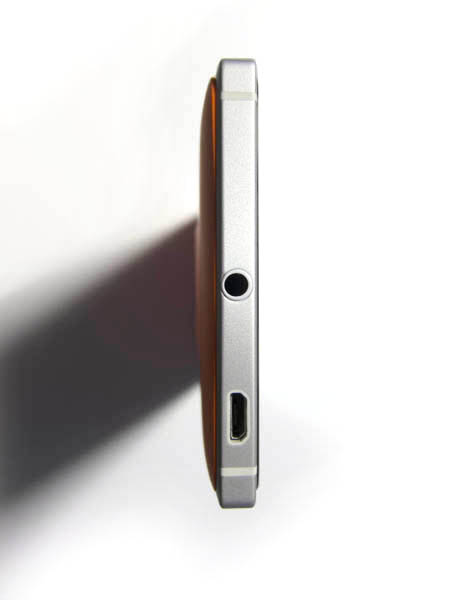 Also differing from the Lumia 930 is the Lumia 830's polycarbonate rear cover, which, unlike the 930's, is removable. Finishing-wise, like its more expensive counterpart, the Lumia 830 is available in Bright Orange and Bright Green, along with the standard black and white models too. Under the cover, you'll find a removable 2200mAh battery, as well as the nano SIM slot and microSD card slot. 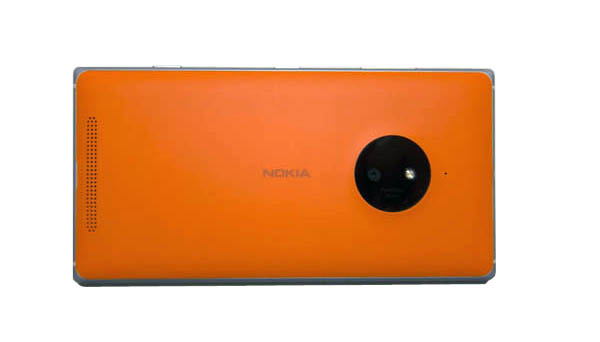 The Lumia 830 boasts a 5-inch IPS ClearBlack LCD display, with a resolution of 1280x720 pixels (294 ppi) - standard fare for current mid-range phones, but definitely not good enough for a flagship device. Nevertheless, images and text still look crisp, but perhaps not as sharp as they would be on a true high-end 5-inch flagship - there's definitely some compromise here.

Of particular interest here is Microsoft's ClearBlack technology. Essentially, this technology uses an additional screen layer, to render deeper blacks with more contrast. Blacks aren't quite as dark as on Samsung's Super AMOLED displays, but it is very close. 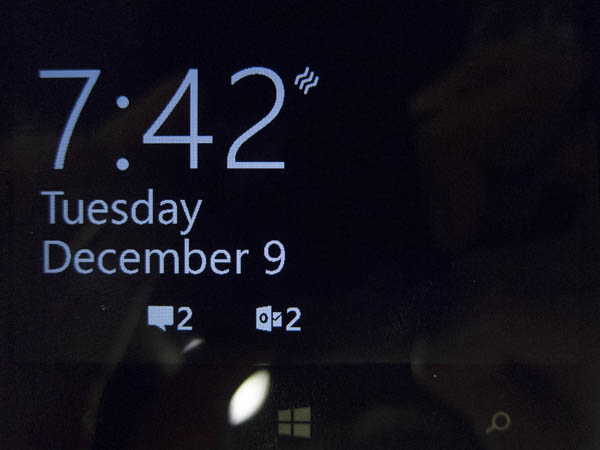 The Lumia 830's speaker is located at the back of the phone. Audio output is rather average, which isn't helped by the fact that the speaker is facing away from you. 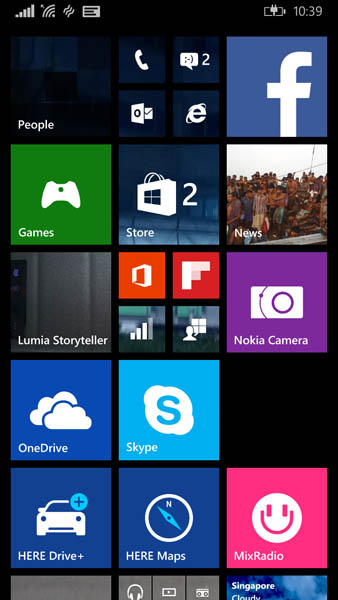 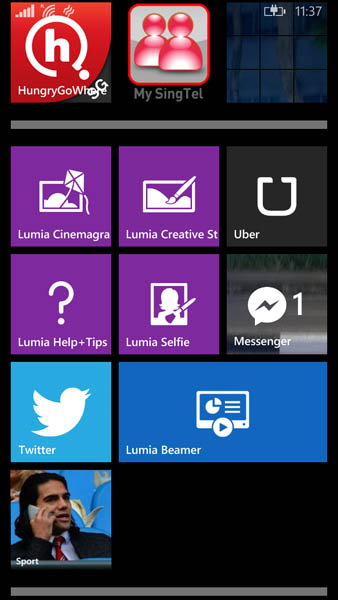 The core user interface in Windows Phone 8.1 is its Live Tiles. Those that are familiar with Windows Phone will know that some tiles can display information “live”, and can be resized. Starting with the Lumia Denim update, you can finally group various tiles into Live Folders. The concept is similar to the folders in iOS and Android, while also retaining its "live" function - Live Tiles will still be shown in the preview of the Live Folder, just smaller.

Lumia Denim update introduces a feature called the Apps Corner. You can use this feature to restrict the user to only a small set of apps. This is similar to Private mode on Samsung phones, and lets you set up a restricted Start screen with access to only certain apps and files. This setting is useful if you want to lend your phone to a friend and you don't want them snooping around, or if you want to let a child use your phone and you don't want them messing up your settings. Available only to Nokia Lumia devices, the Glance Screen displays essential information on the screen, such as the time, weather, and steps taken, without the user having to press the power button. The Glance Screen is activated by hovering your hand over the top of the phone, flipping over the phone, or when taking the phone out of your pocket. The information is displayed in black and white so as to conserve battery, by making full use of the ClearBlack technology.

This function is very useful, especially when you just want to see the time, but don't want to waste battery power by turning on the screen.

Cortana is a voice assistant baked in all Windows Phone devices - think Siri and Google Now. Unfortunately, Cortana is still not available for the Philippine market. For the adventurous, to activate Cortana, you can change the phone’s region, as well as the language to English (United States). However, in this setting, a user in the Philippines can only make user-specific queries and commands such as setting reminders, but not location-specific tasks such as finding a restaurant in the Philippines. Having said that, if you do want to use Cortana, we were pleasantly surprised to discover that she is able to recognize our accent rather accurately.

There is still no estimated date for when Cortana will be available in the Philippines.

In general, the user interface may be friendly to those who have never used a smartphone before, but may be daunting to anyone coming from either iOS or Android. The Live Tiles are a break away from the conventional icons-only interface in iOS, or a combination of widgets in Android. Each tile is a gateway to the associated app and also displaying information, like a widget, but in an elegant way.

Yet, the very implementation of Live Tiles obscures the very function that the phone is suppose to do: calling. There is no way to make the Phone tile be persistently displayed on the home screen, unlike that of iOS or Android. Specifically on the Lumia 830, out of the box, the Phone tile was placed as a 1x1 tile surrounded by many other 2x2 tiles, effectively having its visibility reduced. 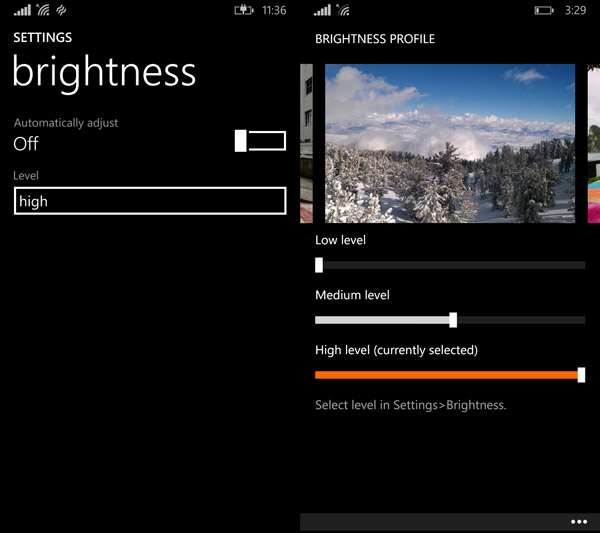 The Settings panel is also rather confusing, as the items are laid out in one single long list without clear categorization. Also, in Microsoft’s efforts to make Windows Phone as user-friendly as possible, they have encapsulated certain settings into many different levels of tweaking - to the point of deviating too much from convention. For instance, the “Brightness” setting only had "Low", "Medium", "High" levels, instead of a conventional slider. The author had the impression that the "high" brightness level meant the maximum level. Turns out, it is not; there is yet another setting that allows the user to define the actual brightness of each level, hidden under "Display", then "Brightness Profile". it's not exactly a bad design, but it's unconventional and many casual users wouldn't expect this.

The Windows Phone’s apps ecosystem has seen a modest improvement over the past four years since its inception. Several top-tier apps, such as Facebook, Twitter, and Instagram (though beta), are now available in the Windows Phone Store. Also, ever since Unity added support for creation of games on the Windows Phone 8 platform, there have been a number of popular games available on the WP8.1 platform, such as Asphalt 8 and Minion Rush.

App discovery however, still leaves much to be desired about...

Discovery of apps in the Windows Phone Store is a rather precarious experience - at least in the Philippines. At first glance, the apps recommended looked legit. However, upon delving deeper into the Store, some recommended apps appeared to be spoof apps - apps that appear to be a legit app, but are just an empty shell, usually showing just ads. Some recommended apps are not in English either, despite the region being set to the Philippines. Though not as severe as in the Nokia Platform UI store, the experience is somewhat similar.

Thankfully, the Store showcases more relevant and better apps in the USA region. That involves changes your Region setting to United States, which requires a restart of the phone (which means losing the Philippine locale across the whole phone). Hopefully, the Windows Phone Store situation can be better improved with future updates.