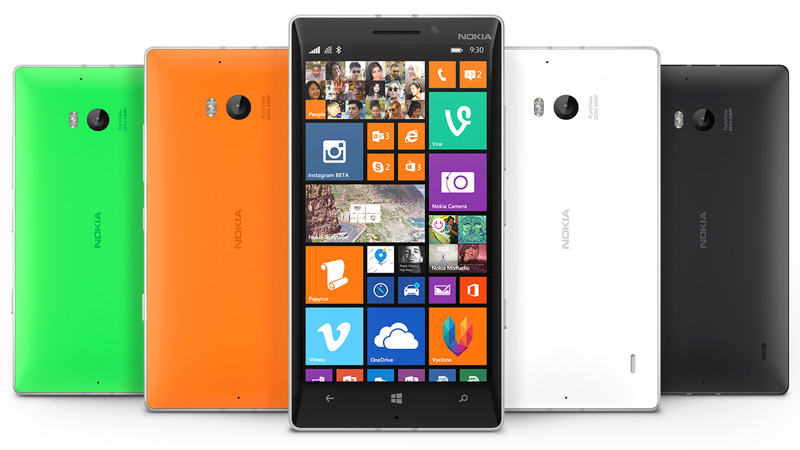 The Windows Phone OS has been around for about four years now, but still trails far off in the distance behind Android and iOS as a rarely-considered third choice.

Things may soon be changing however with Microsoft's acquisition of Nokia last year. The first flagship device to come out of that buyout is the Nokia Lumia 930. With an aluminum build, Full HD 5-inch OLED display, an improved and more customizable Windows Phone 8.1 OS, 20MP PureView camera, and an SRP much lower than other flagship devices, the Lumia 930 looks like a strong competitor. On the downside, the Lumia 930 is powered by an older Snapdragon 800 processor (though it's already a huge update from the phone that it will replace, the Lumia 925) and Windows Phone still lags behind in the app ecosystem aspect. Can the Lumia 930 overcome these drawbacks to claim a spot at the top of the flagship smartphone mountain? Let's find out and we'll start off comparing the specs against the model it replaces.

Despite the buyout by Microsoft, this is still a Nokia phone. The heritage is plain to see with the brightly colored polycarbonate back - our review unit is 'bright green', but a 'bright orange' version is also available. If you prefer a more conservative look, standard black and white are options too. 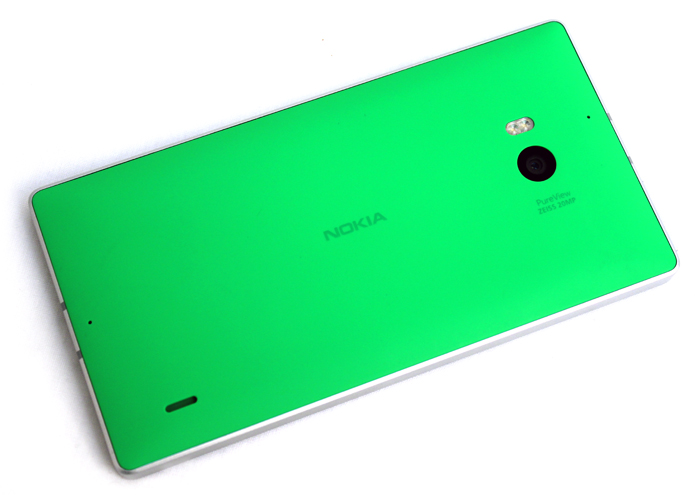 On all colors, an attractive, light grey, matte aluminum band runs around the edge of the phone, which contrasts nicely with the glossy black front. A thin bezel and a slightly curved Gorilla Glass screen on the front of the phone also adds to the premium look. Overall, the phone looks a bit more industrial than Nokia phones of the past, with a blocky angular shape that is almost iPhone-like. It's definitely a step away from the curved unibody style of previous Lumia models, and isn't as unique a design, but it's probably a nicer overall look, especially if you prefer the minimalist approach championed by Sony and Apple. 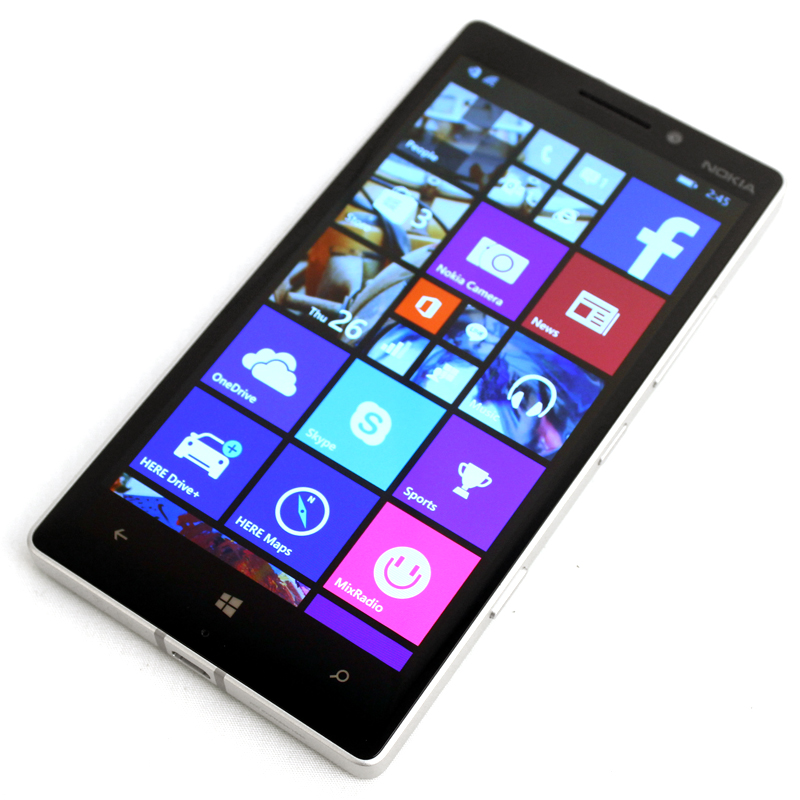 While the phone looks great, it does feel a little chunky, and at 9.8mm it's one of the thicker smartphones out there today. It's also one of the heaviest, weighing 167g, which makes it even heavier than the Lumia 1020 with its massive 41MP PureView camera module. The blocky shape isn't as ergonomic or comfortable as previous Lumia phones, and while it isn't really uncomfortable to hold, it just doesn't feel as nice in hand - you'll have to make up your own mind if its an acceptable trade-off between style and comfort.

Part of the reason for the extra thickness is the Lumia 930's built-in wireless charging capability, which is also what made the Lumia 920 a bit thicker than average. It's worth noting that a wireless charger still isn't included in the box, and a Qi charger will need to be purchased separately. You might think that the extra thickness would allow the Lumia 930 to have an extra high capacity battery, but it's actually just 2420mAh, which is pretty small for a 5-inch smartphone. Unfortunately we can't find out what's taking up all that space inside the Lumia 930 as the back cover is non-removable.

Button and port layout on the phone is fairly standard, with a micro-USB port on the bottom, a headphone jack at the top (top/bottom headphone jack placement seems to be one of those issues no-one can agree on these days - maybe someone can release a phone with jacks on both the top and bottom to appease everyone?), and the power button and volume rocker located on the right side. A dedicated camera shutter button can also be found on the right. The buttons themselves feel firm and solid and are made of the same light grey aluminum as the chassis.

At the top of the phone, next to the headphone jack, a nano-SIM tray can be accessed without the need for a pin or dedicated tool. Having said that, it's a bit tricky to get open and can be quite troublesome if you have shorter nails. Honestly, I would have preferred the fast and simple push pin tray opening, but then, I always have a tool on my desk so I might be in the minority here.

Like most other Lumia phones, there's no microSD slot or other expandable storage, but you do get 32GB of internal storage which should be acceptable for most people.

The Lumia 930 has a 5-inch Full HD 1920 x 1080 pixel resolution display. It's not the first Lumia we've seen with a Full HD screen - that would be the 6-inch Lumia 1520 - but due to the smaller screen size, the display is sharper, with a pixel density of 440 ppi, beating out the 367 ppi of the 1520. Strictly speaking, on paper, it's not as sharp as the QHD LG G3 with its class leading 538 ppi, but honestly its impossible to tell the difference in clarity between the two.

The display is definitely one of the best features on the 930. It's very crisp, and the bright tiles of the Windows Phone 8.1 start screen look sharp and distinct, as does the small text that appears on live feed tiles. Viewing angles are wide and the OLED ClearBlack display makes images and videos look great, with deep blacks and rich contrast. Color reproduction looks more natural than Samsung's often oversaturated AMOLED displays, while still looking bright and vivid.

Under harsh sunlight, the display is bright enough to keep it legible, but the glossiness of the Gorilla Glass front panel can cause some distracting reflections. 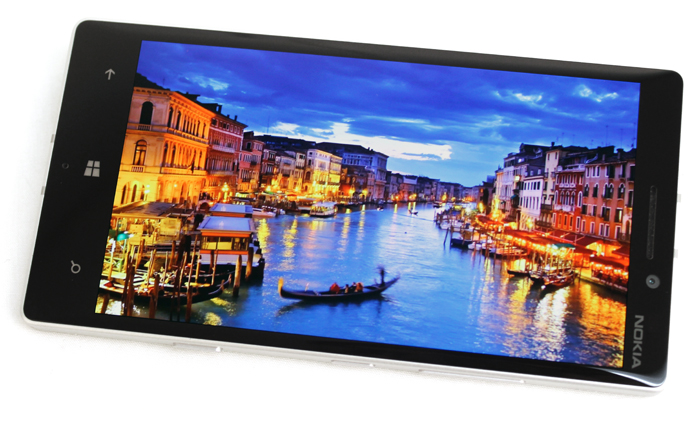 The Lumia 930 is among the first set of phones to roll out with Windows Phone 8.1 OS. If you've used a Windows Phone device in the past, you won't find a huge amount of difference here. The start screen is still made up of re-sizable, colorful tiles showing live information, and any apps that you don't want there can be found in an alphabetical list off to the right. Apps can now be re-sized as small as a quarter of the standard size, so you can cram more of them into your screen, or up to double in size, giving them more room to display information, which is great for Facebook and other life feed tiles.

You can now choose a background wallpaper to display behind the tiles. This makes certain tiles transparent, letting you see the picture behind them as you scroll up and down the start screen. It's a nice touch and adds a much-needed degree of personalization for Windows Phone.

Overall, the start screen remains straightforward and easy to use, while still allowing for a good amount of customization and information to be displayed. If you're frustrated by Android's often overly complicated approach, but don't want to be limited by iOS's restrictive simplicity, Windows Phone 8.1 is a good in between compromise. A couple of long-missing features have finally been added in Windows Phone 8.1. The new Action Center (notifications menu) feels very Android-like, with a swipe from the top bringing down a menu where you can toggle items like Wi-Fi, Bluetooth and flight mode on and off. This menu also displays information on emails, messages and missed calls. It generally works as expected, although one strange quirk we noticed is that tapping the Wi-Fi button will bring you to the Wi-Fi menu, where you can select which network to connect to, however tapping the Bluetooth button will just turn Bluetooth on and off; to access the Bluetooth menu itself you have to go to the main settings screen and navigate to it. Why the inconsistency? 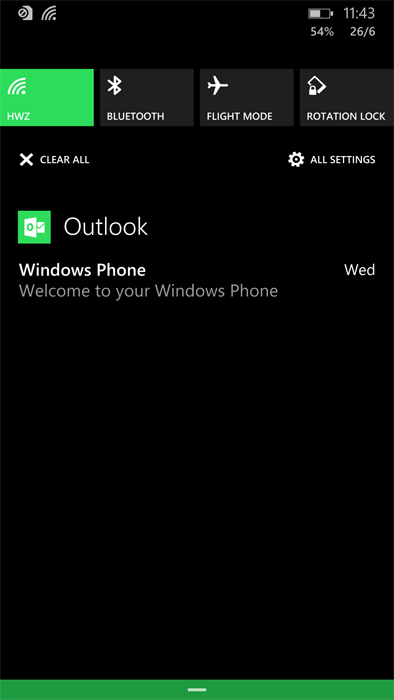 The updated OS also includes Microsoft's first attempt at a virtual assistant, in the same vein as Siri and Google Now. Cortana, named after the AI character from Microsoft’s Halo video game series, is touted as being better than Siri and Google Now by being the only digital assistant that actually tries to learn about you, getting better over time by asking questions based on your behavior and checking in with you before she assumes you’re interested in something. The only problem is, she’s only officially available in the U.S. and you won't be able to get her without switching your phone's region setting to U.S. and language settings to English (U.S.). Unfortunately, doing so will cause problems with accessing the local Windows Store, and unsurprisingly, she doesn't work very well with local locations anyway. Microsoft tells us that Cortana will be available locally at some point, but since she's only in Beta in the U.S. it might take a while before she goes international. 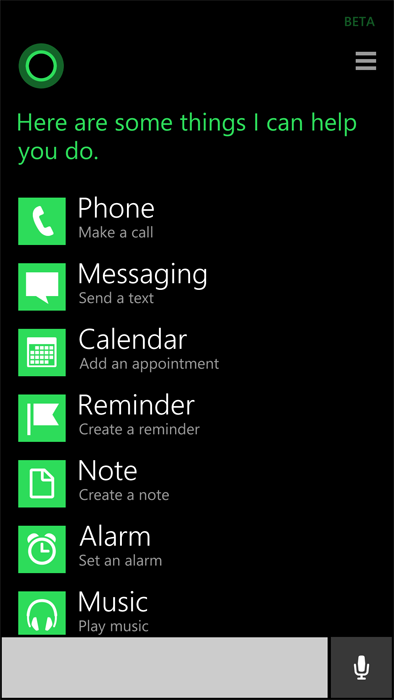 Finally, this wouldn't be a Windows Phone review without a mention of the app ecosystem. While Microsoft is slowly making inroads, with top-level apps like Facebook, Twitter, Whatsapp, Instagram, Skype and Spotify finally all available, it's still missing many other popular apps, most notably a serious lack of games. This is particularly disappointing considering that Microsoft itself is a hardware and software games manufacturer, and a few exclusive ports of some Xbox live arcade games would go a long way towards giving Windows Phone an edge over the competition - I'm sure I'm not the only one who would kill for a port of Shadow Complex on my smartphone. Right now, the only notable Windows Phone exclusive game is Halo: Spartan Assault. 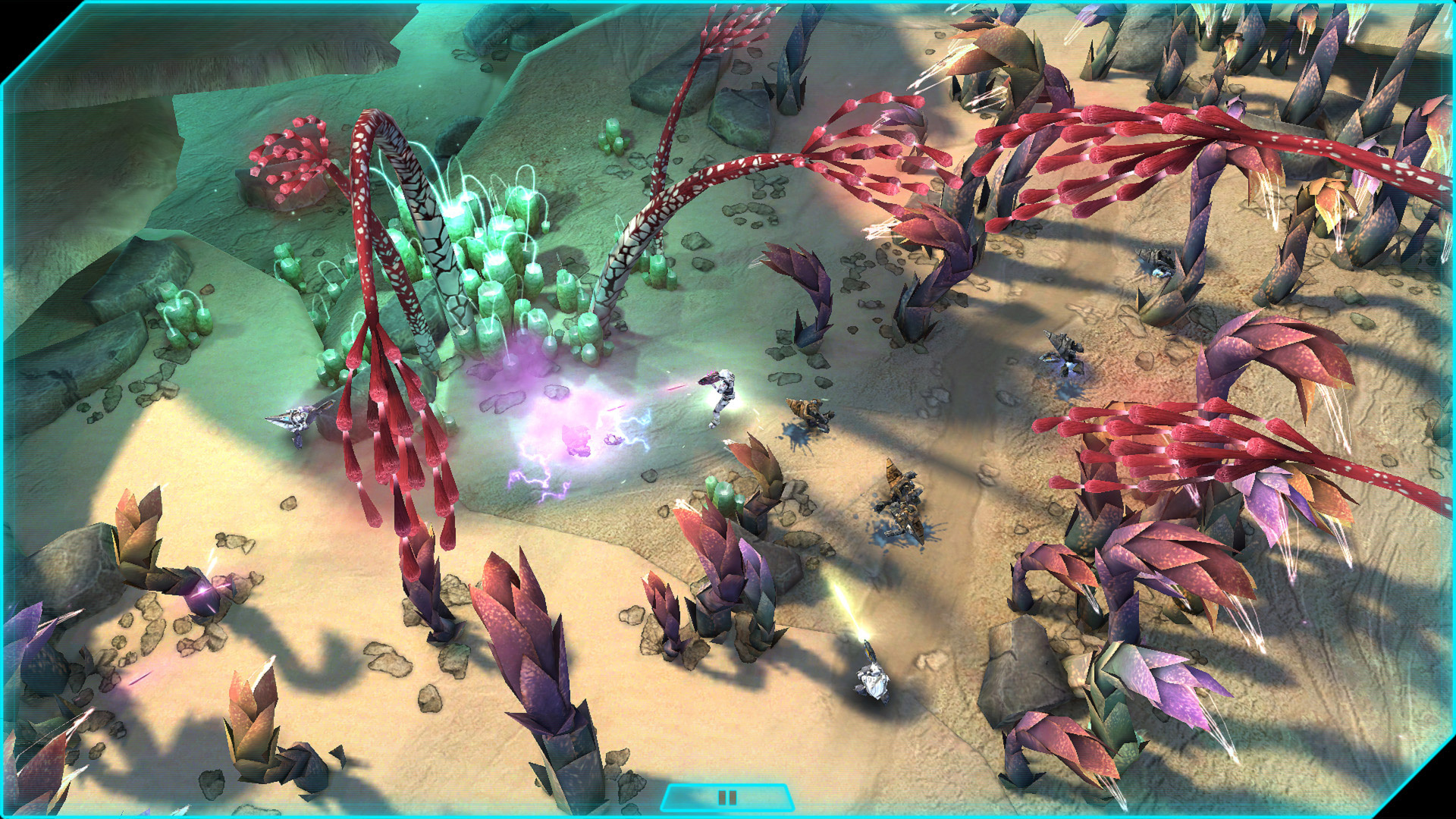 Even when games do make it to the Windows Store they're often way behind the iOS and Android releases. For example, you can now get Real Racing 2 on the Windows Store, meanwhile, Android and iOS gamers have been enjoying Real Racing 3 for more than a year. In fact, Real Racing 2 didn't even make it to Windows Phone until  three months after Real Racing 3 had already been released on Android and iOS! Using Windows Phone feels a little bit too much like being an Apple user in the 90's and wistfully waiting for Mac ports while PC gamers got theirs first - and who wants to go back to that?